It feels like just yesterday that I was using StreetPass to accumulate an endless amount of Mii friends. Remember Everybody Votes? Ah, we’re past our nostalgia limit for the day.

It’s time to look to the future! Or the past, in the case of Miitopia on Switch. 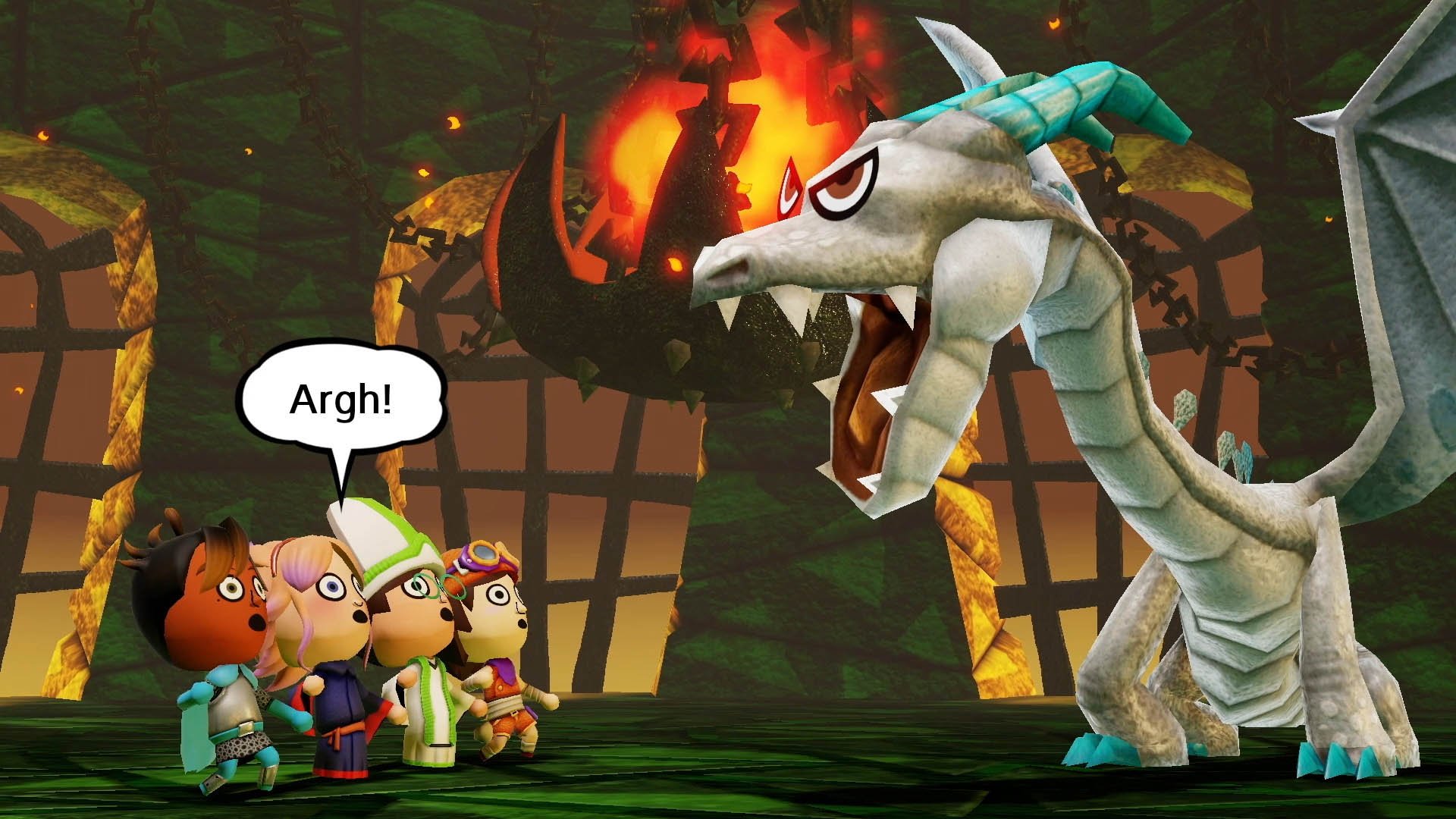 In case you missed Miitopia on 3DS back in 2017, the gist is that Nintendo took the Find Mii minigame for the 3DS StreetPass Mii Plaza and ran with it, creating a fully-fledged, albeit simplistic and streamlined JRPG.

Characters auto-run when in the field, party members auto-battle, the player hero uses one of a few abilities, and as a “God” of sorts, you can pause the battle and use restorative “sprinkles” on people. CJ breaks it all down nicely in his original review. The question is, does it hold up four years later, with minor enhancements? Well, somewhat.

Miitopia still very much gives off a carefree vibe, which might be what some of you need right now. If you head into a zone and get crushed, you just restart outside of it and come back after you level a bit. Sometimes you’ll get tasked with a minor choice: open a chest or leave it, or take path A or path B. Or your Mii might “dream” of buying a cool new suit of armor, and when you give them the cash to do it, they buy magic beans instead. It’s cute, low stakes, and breezy.

You’ll likely get to the point where you’re zombie-playing the game, setting most battles to “auto” while you hold down the B-button to fast-forward through…a good chunk of the adventure. That’s because there really isn’t much nuance to Miitopia in any fashion. It banks real hard on you just enjoying the ride, with questionable “restart” JRPG tropes along the way. It’s definitely not something you necessarily need to experience twice, either, if you’ve already played it on 3DS.

That said if you’re really into making Miis you will love this game. That was always the case with Miitopia even on 3DS, but the new “wig and makeup option” menu will blow you away when it comes to character customization. “Makeup” is understating it. If you put your mind to it, you can basically create anything you want, as evidenced by community efforts like these.

Remember when you’d name your Final Fantasy party members after friends and family members (was it just me)? That’s where a lot of the fun in Miitopia comes from. You get attached to some of these characters, especially if you explore the relationship system and each of them starts to develop helpful in-game abilities. 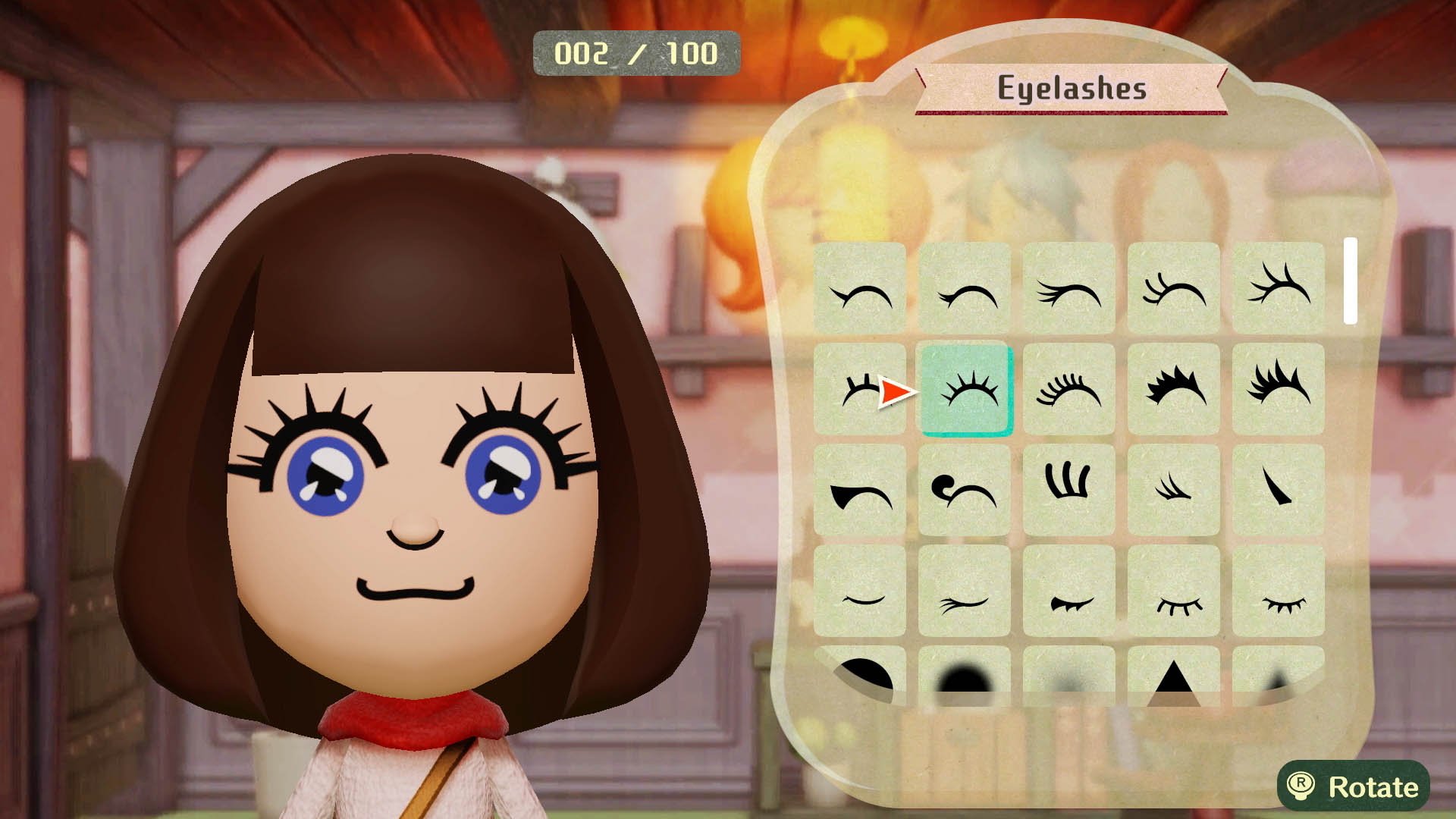 There’s a limit, though. These links are fresh at first, but when the dialogue is nonsensical and doesn’t line up, or you’ve seen a link ability for the 100th time, it can get a little stale. The new horse party member gimmick adds a bit more flavor to day-to-day combat and interactions, but not much.

Miitopia is mostly the same on Switch, to a fault. If you weren’t crazy about this one on 3DS it won’t change your mind, and the same flaws are intact here. Still, if you’re an incredibly creative person that loves to spend their days endlessly perfecting Miis, you’ll find a lot to love here. While its shortcomings are laid bare, its core strength, personality, is at the forefront.