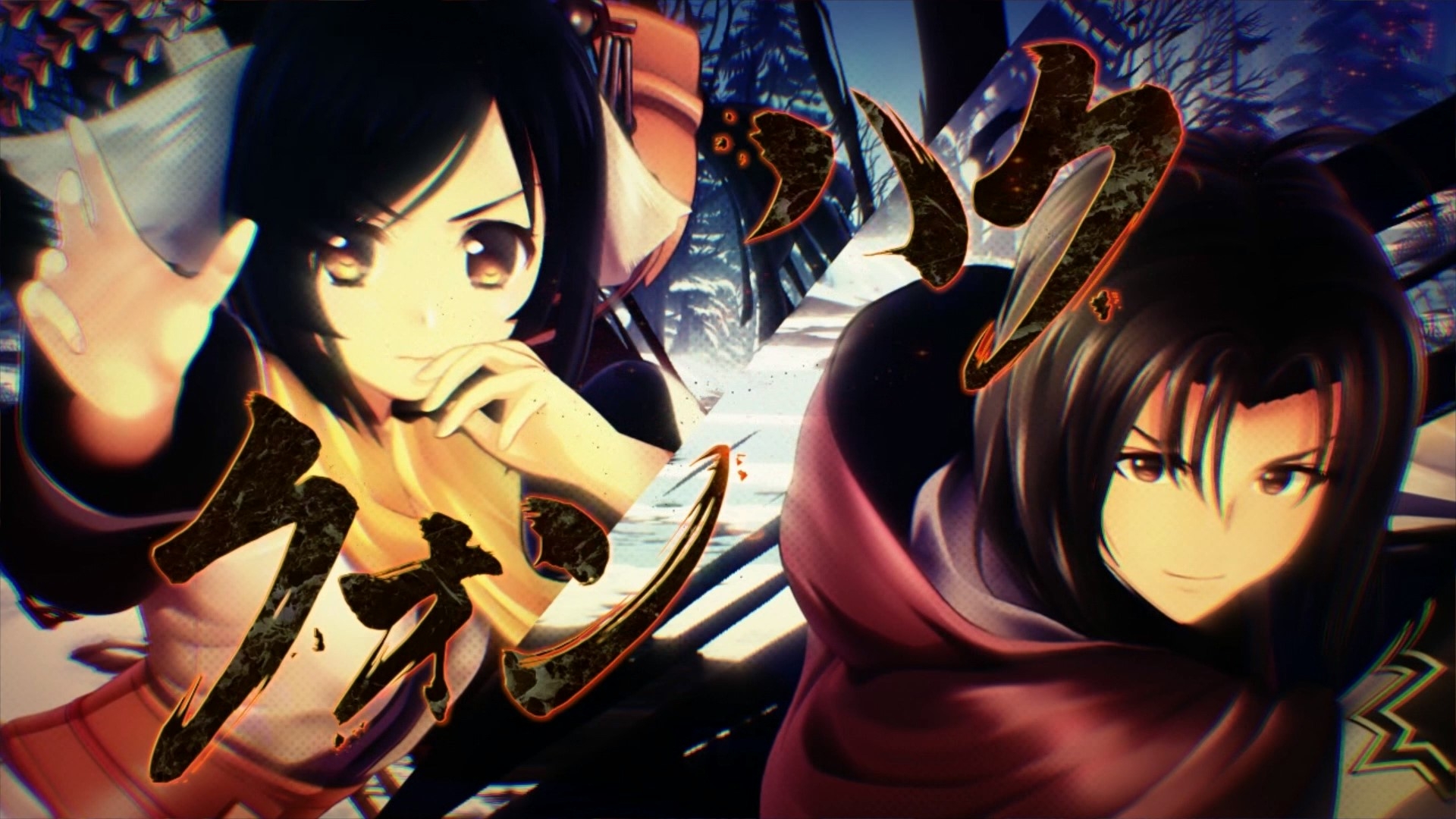 Cut from the timeline

When reviewing a game, it’s usually a good idea to try to ask the question “Who is this game for?” Sure, it’s a bit presumptuous, but attempting to figure out what theoretical audience a given game is trying to serve can shed light on what it’s trying to do — and consequently, help a reviewer decide how successful the game is at meeting that goal.

Utawarerumono: ZAN‘s answer to that question should be relatively simple: It’s for fans of the venerable Utawarerumono franchise, right?

That answer might be a slam dunk in most other situations, but given its shortcomings, I’m not all that sure, anymore. 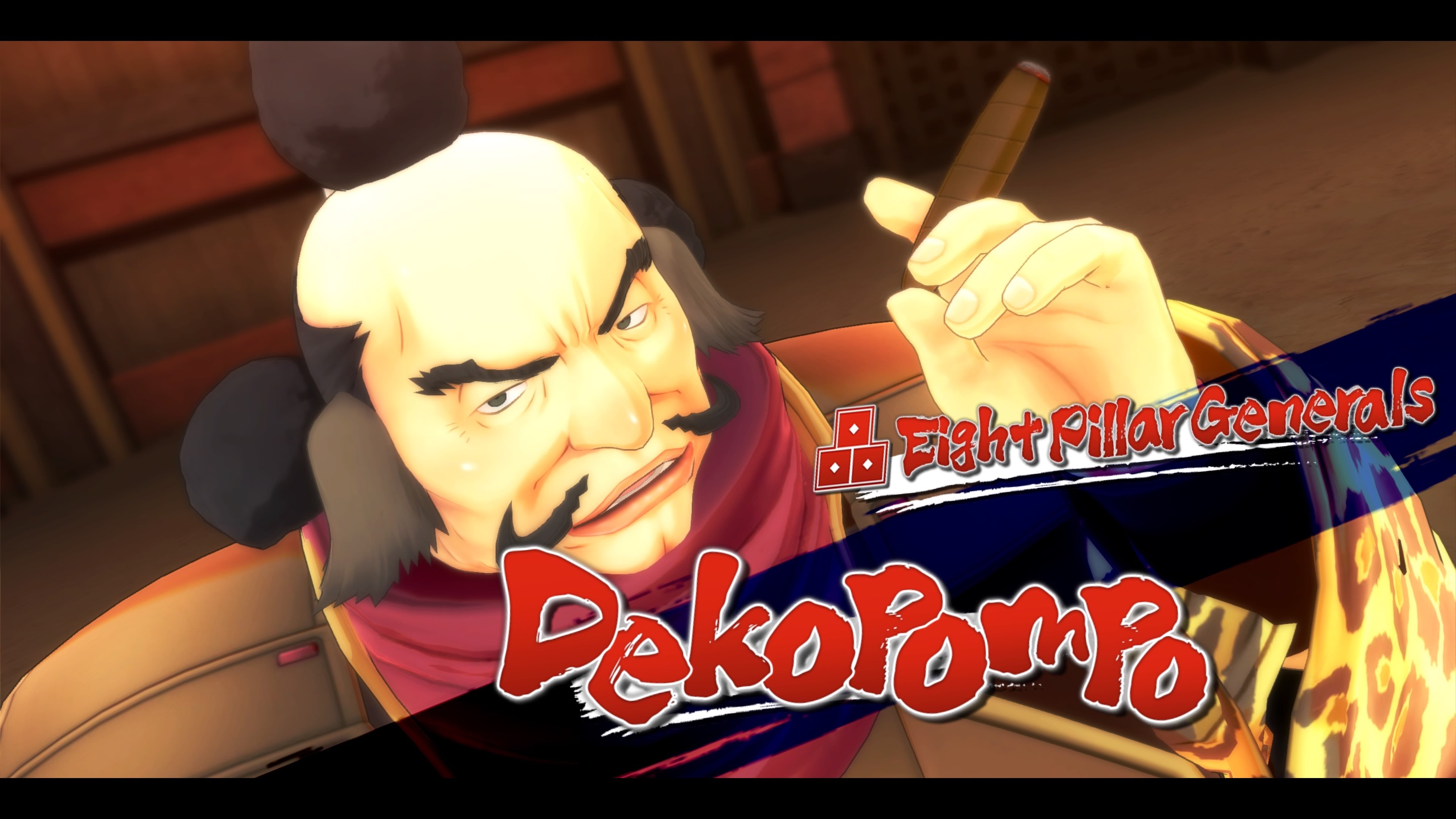 If Utawarerumono: ZAN‘s target audience has become weirdly hard to suss out for this reviewer, its design and structure are more easily grasped: ZAN is a Dynasty Warriors-style 3D brawler based on Utawarerumono: Mask of Deception, half of the two-part sequel released back in 2017.

Following in the footsteps of licensed brawlers like One Piece: Pirate Warriors, Fire Emblem Warriors, and Arslan: Warriors of Legend, Utawarerumono: ZAN pits the cast of Mask of Deception — namely protagonist Haku and his passel of animal-eared allies — against large crowds of easily-dispatched goons and critters, punctuated by the occasional boss fight.

Any player that’s touched a musou-style game over the years, especially ones from Tamsoft’s own Senran Kagura franchise, will find ZAN instantly familiar. The rhythm of rotating light, heavy, and special strikes quickly becomes second nature.

ZAN‘s main twists lie in the inspirations it takes from the core tactical combat system of the mainline Utawarerumono games. Players can deploy up to four characters in any given level, able to switch between party members freely once the battle is joined. This level of control helps make the experience feel less solitary, as well as lending each group a greater feeling of mechanical depth than provided in the typical Warriors-alike. The main games also touch ZAN in the way they inspire characters’ special chain attacks. Folding in an element of rhythm-game-like timing, chains increase damage and bestow special effects on each character’s unique combos. The combos can be expanded upon and customized, their effects increasing in potency as players level and gear up between battles.

Further twists on the venerable formula arise in the game’s approach to mission design. Rather than the sort of map-conquest firefighting dynamic that’s underpinned everything from Dynasty Warriors Gundam to Fate/Extella, most of Utawarerumono: ZAN‘s campaign missions follow an objective-based model, having players barrel from waypoint to waypoint, taking out specific characters, slaying certain numbers of grunt enemies, or even destroying objects and collecting items, all the while hassled by large numbers of mooks in need of a beatdown. 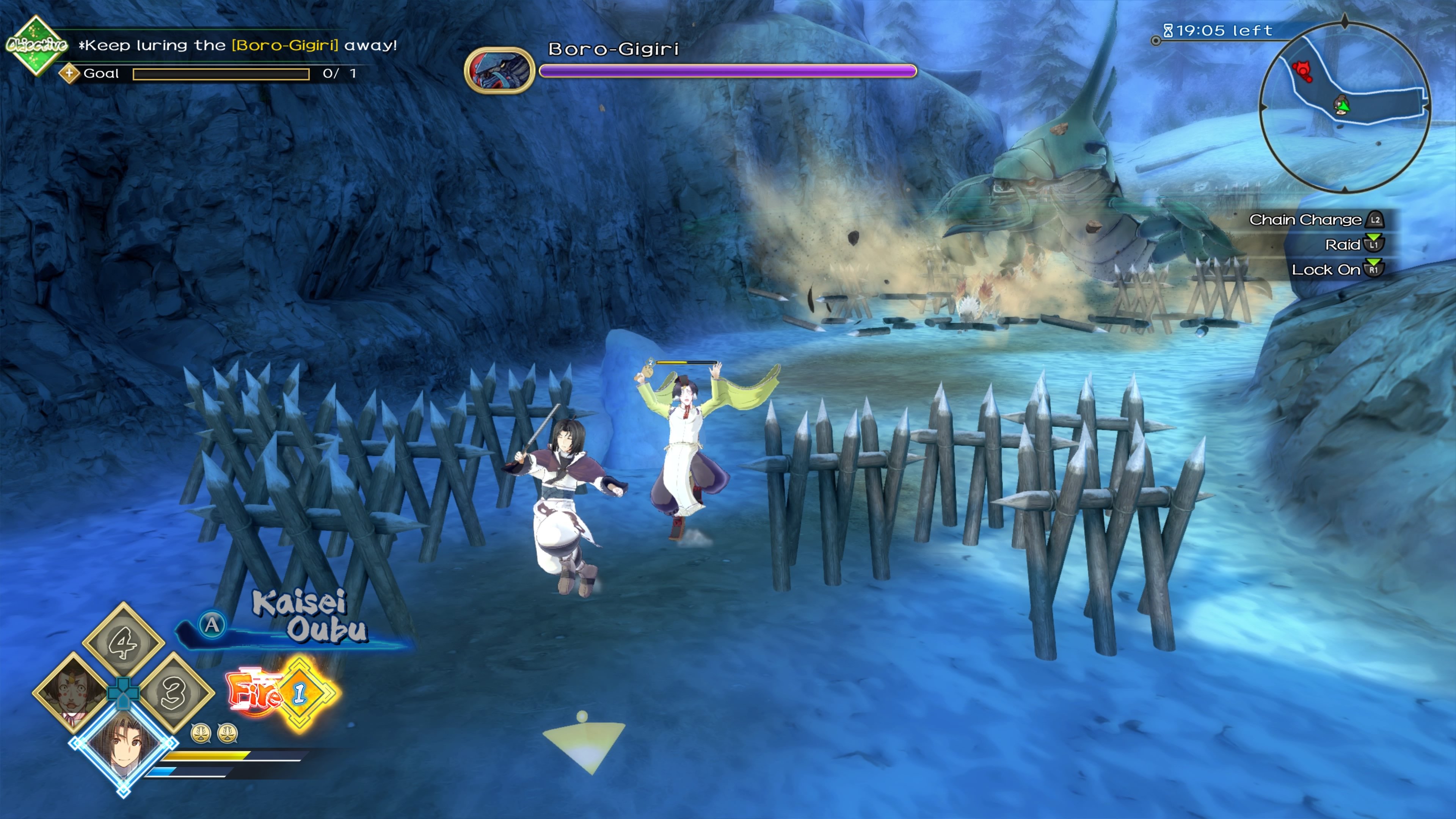 Though varied and creative, this simplistic approach to structure ends up undermining the game, in that it means there’s usually no reason to use every tool available to the player. There’s not much point to, say, maximizing one’s gear or secret attacks when a good button-mashing will do the job nine times out of ten. This also tends to hamstring the effectiveness of the more support-oriented characters in the game, with the design favoring direct combatants with lots of crowd-control techniques.

If merely being a somewhat unremarkable musou game were Utawarerumono: ZAN‘s only sin, that would be one thing, but the harder thing to gloss over are its crimes against the very franchise it’s based on.

One might assume that the game is designed to tickle the nostalgia of Utawarerumono superfans the way Hyrule Warriors or the Smash Bros. roster can, but the level content doesn’t hold up to what a fan would expect. The limited set of characters available doesn’t come close to covering the breadth of the franchise, and the campaign’s plot only covers points from the first, more boring half of the core story, with little deviation or original plotting. Further, the storytelling itself lacks style, with the visual novel scenes lacking the impact of the original. The rest of the story is told via narration, skipping over character interactions and key plot points to result in an experience so condensed it makes a Cliffnotes pamphlet look like an unabridged transcript. I never thought I’d have to suggest it, but even the thoroughly underwhelming Utawarerumono: The False Faces anime adaptation is a better gateway to the franchise, if a prospective newcomer just couldn’t be bothered to play the games themselves.

Lastly, this one might just be me, but for whatever reason, some combination of the animations and camera seemed to trigger a motion sickness for me that I don’t usually feel with this sort of game. Folks with sensitive stomachs may wish to see some footage of the gameplay before deciding to buy.

Ultimately, it doesn’t feel like Utawarerumono: ZAN effectively serves any part of its potential audience. It’s inadequate as a gateway game for newcomers to the franchise, and despite some decent graphics and interesting musou-gameplay twists, it lacks the substance to attract and retain existing fans, while its storytelling shortcuts border on outright undermining the appeal of the original material.

It feels like a game created mainly to remind people that the franchise still exists, rather than actually satisfy those who’d deign to play it. Utawarerumono fans are better off waiting for Utawarerumono: Prelude ot the Fallen (a remake of the first game in the trilogy due out next year), while newcomers are advised to pick up Mask of Deception and Mask of Truth, or even just watch the anime instead.