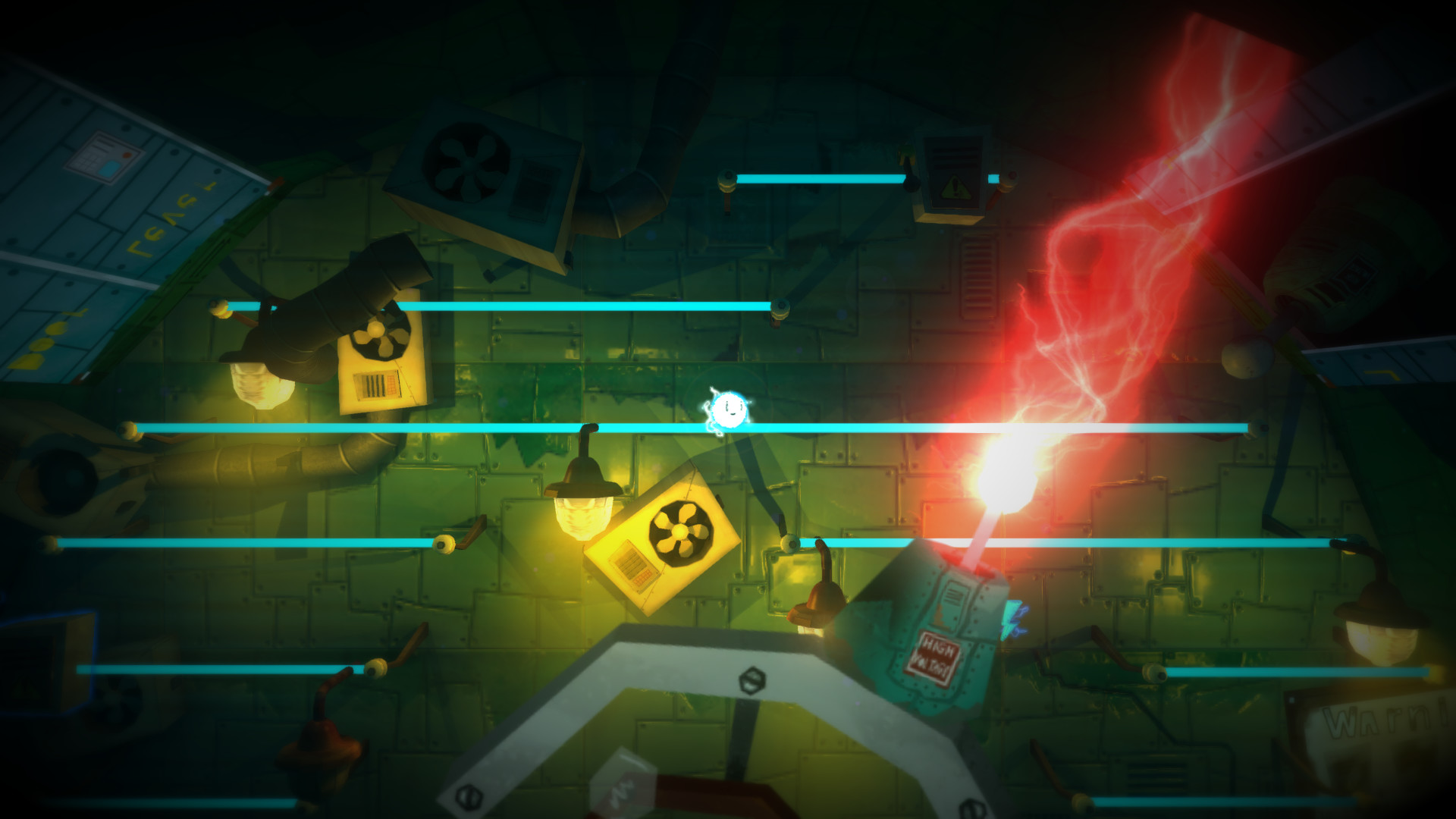 This little light of mine

With all the lights out in town, TurnOn looks to electricity to restore electricity. It’s a weird and maybe-nonsensical solution, but it’s also a charming one. Developer Brainy Studio’s debut game features a playable spark, an adorable personification of the abstract and ethereal resource.

It’s kind of a clever and lighthearted twist on electricity, something that we often don’t think of as being anything at all. When TurnOn applies that same attitude to the game itself, it’s a laid-back and relaxing experience; when it strays from that mentality, it’s an exercise in frustration. 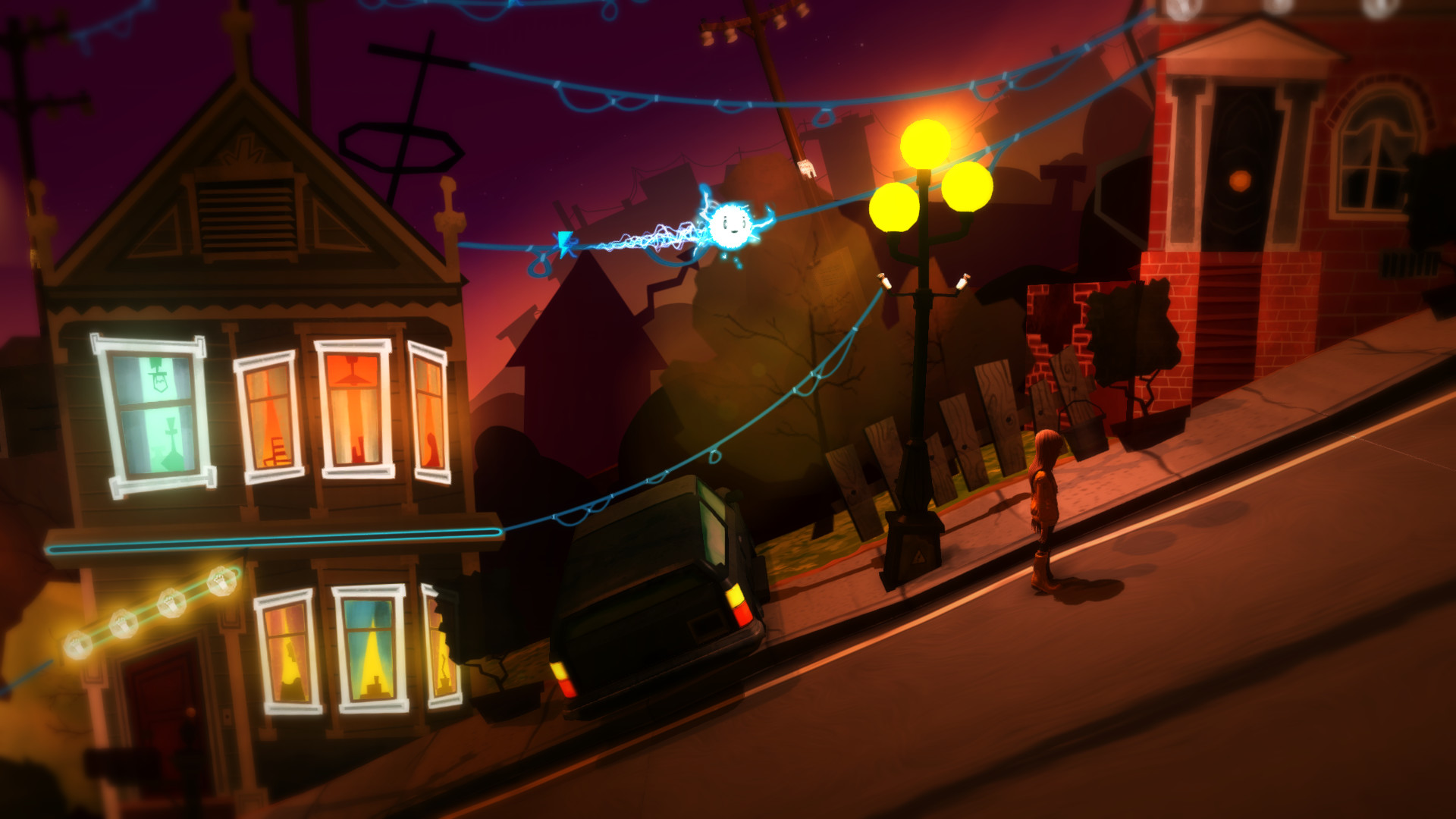 At its core, TurnOn is a platformer, but often not in the traditional sense. The vast majority of its 32 levels eschew challenge or a puzzle element for simple exploration. Layered across the fore- and background, power lines litter the game’s scenery. The spark can jump on (and only on) these electrical conduits, fizzling out if it ever falls to the ground. It’s not so much a matter of difficulty in traversing these areas, but more so a matter of whether the player is diligent enough to find all the nooks and crannies.

Each level presents a new problem that electricity can help solve. A girl needs streetlights to guide her down the dark road. A family has a plethora of issues in their house. A man wants to confess his love to his date in a romantic way. (The last example is actually rather touching.) These brief scenarios with quickly-attainable solutions is where TurnOn most competently pleads its case as an interesting game that can rely on gameplay to tell a story.

However, it falls apart when Brainy Studios tries to do more. A handful of levels are finite runners, reflex-based affairs set to music. The headache lies within the fact that TurnOn isn’t particularly responsive. It’s not apparent on all those other stages when timing isn’t key, but it’s a major issue when TurnOn tries to be more of a game. Compounding things is an aesthetic decision to not color the entirety of the active power lines blue, making it confusing as to what can be quickly jumped to and what can’t.

The last chapter is the best display of all of TurnOn‘s worst systems and tendencies. Levels are artificially lengthened to no positive effect. Long sections have instantaneous fail states. Red electricity icons fall from the sky to harm you. This is where TurnOn turns its back on everything that makes it enjoyable.

It’s also worth noting that TurnOn is bogged down by a fair number of technical issues, at least on Xbox One. Sometimes, the spark will be able to be controlled all across the screen and not just on power sources; it’s almost as if a developer’s mode had been activated. More troublesome, I ran into several instances where events wouldn’t trigger, often necessitating a full restart of the application.

Despite these shortcomings, I still find myself drawn to TurnOn. The majority of its levels are slow-paced and exploration-based, and there’s something surprisingly cathartic about gradually lighting up the entirety of an area. It’s just too bad that Brainy Studio wasn’t comfortable enough to stick to TurnOn‘s strengths and had to turn to alternative sources for its energy.