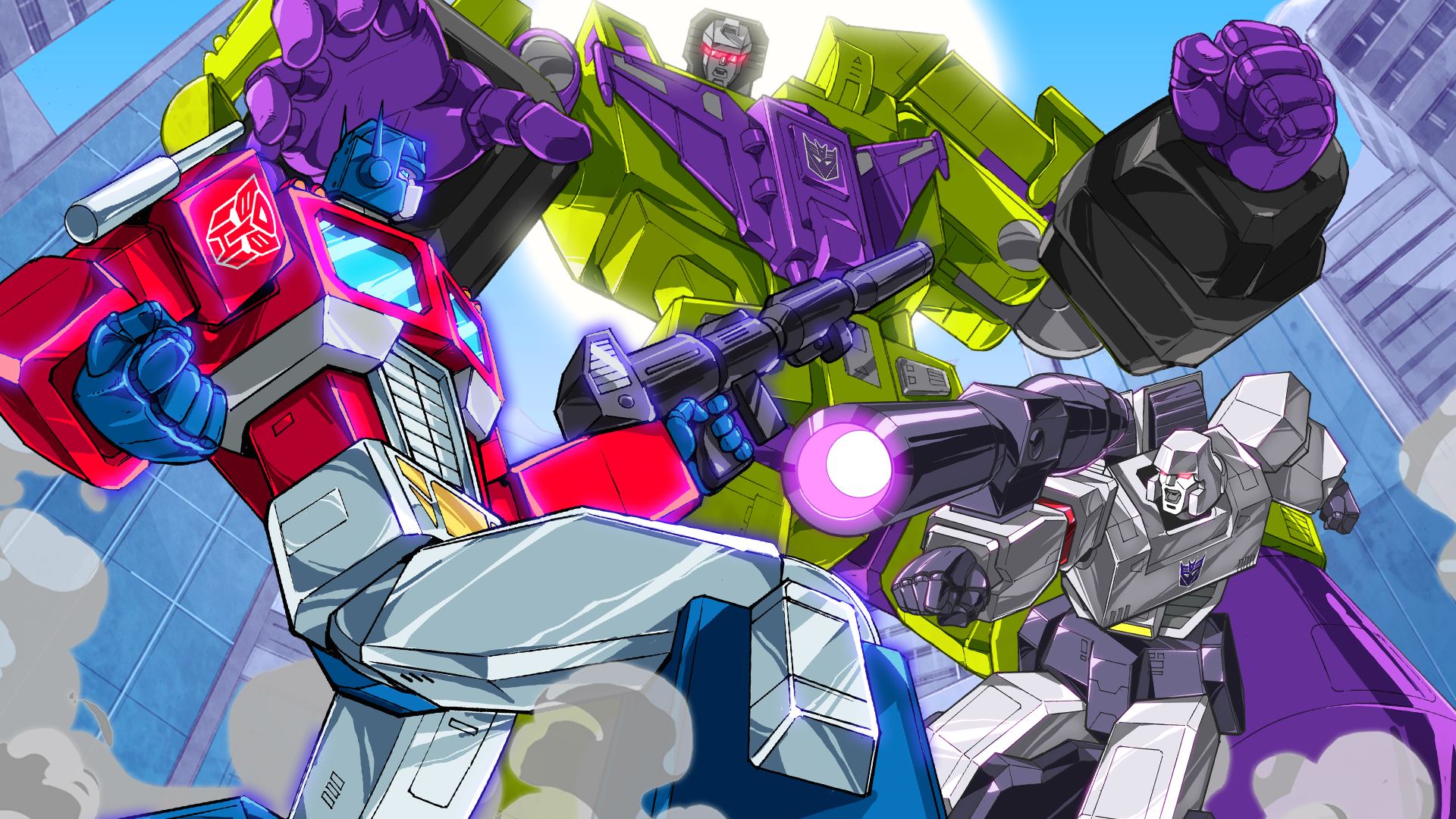 I’ve been a fan of Transformers since I was old enough to understand what television was. The bright colors and toy lines drew me in, but I’ve been a fan ever since. It’s not merely nostalgia that fuels that fire — it’s an entertaining series that knows just how to camp it up to a perfect degree (the sniveling Brutus-esque Starscream is a classic archetype at this point). So when a G1 Platinum game was announced, I was on board immediately.

I’m glad it managed to meet my expectations.

So let’s get right into the thick of it — the action. As you’d expect from Platinum Games, Devastation has a sound bedrock, with a combination of ranged and close-combat maneuvers. Basic abilities include trigger-based aiming, a combo system with light and heavy attacks, a super button, and of course, the power to transformer at will into various vehicles. Combos can even involve transformations on the fly (signified by a blue light with a short window), a slam move can be initiated by transforming mid-air, ranged attacks are capable of headshots, and attacking at top speed breaks enemy shields. As you can see, there’s a lot of advanced mechanics at work here.

The most technical of all abilities includes the addition of Witch Time (frame-perfect dodging that slows time), a concept taken wholesale from Platinum’s own Bayonetta, which I’m totally okay with. Everything feels incredibly smooth. The combos available are just enough to keep action veterans interested without overwhelming newer players. With three difficulty levels to choose from (appropriately balanced, mind — with three at the start, and two more later), there’s something for everyone. Other small touches like NPCs frequently fighting alongside of the player character, 2D sections, and vehicular-based chases or race segments help break up the combat a bit.

There’s a light amount of exploration involved within Devastation‘s mission-based structure, similar to most of Platinum’s previous work. It’s mostly linear, but at various points spokes of that linear wheel will break off, allowing for some form of deviation. That includes conspicuous gates that lead to new chests, or short twitch-based puzzles that provide a reward at the end. I actually really dig this flow, as you can skip a lot of combat sequences if you wish — just note that many zones will wall off areas until you defeat all the foes within, so you can’t just rush through the whole game.

Much to my surprise, all of the playable characters have different styles. Grimlock is more of a grappler, Bumblebee is quicker and doesn’t pack a punch, Sideswipe has access to a quicker dash, and so on. They’re not wildly different to the point where you’ll have to relearn every single facet of the game, but they’re nuanced enough that there’s actually a reason to pick different Autobots.

Devastation also sports an appropriate Saturday morning cartoon narrative that would fit nicely into an afternoon special block. The voices are either spot-on replications (including the campy Teletraan-1), or actual members of the original cast. The gist is that Megatron is yet again after another massive power source, and it’s up to the Autobots to save the day — so don’t expect anything new here — but again, the nonstop action helps propel players from start to finish.

There are a few shortcomings, though. For starters, the game is priced at $50, and feels somewhere in-between a full retail release and a downloadable game. There’s a lot to sift through here, but I could have gone for more characters, secrets, and unlockable modes (a challenge mode is basically it). Additionally, the RPG systems in place feel like a half-measure, particularly the loot system. While the equippable upgrade chips are a nice touch (and are coupled with a fun little crafting mini-game), managing loot is a nightmare.

Throughout each mission, you’ll likely acquire something in the neighborhood of 10 weapons, most of which are garbage or only marginally better than what you’re using. To really take advantage of these duds, you’ll have to synthesize them into better parts, but it’s far too much of a chore to do that constantly when you can just forge ahead to more action. The loot system should have been scrapped entirely or pared down far more than its current incarnation. While not a deal-breaker, it could have been handled a lot better.

I’m not even sure if there are G1 fans out there anymore. It shouldn’t be a deciding factor when picking up Transformers: Devastation though, as it’s a great action romp by any right. Just be ready to deal with a few nitpicky issues.