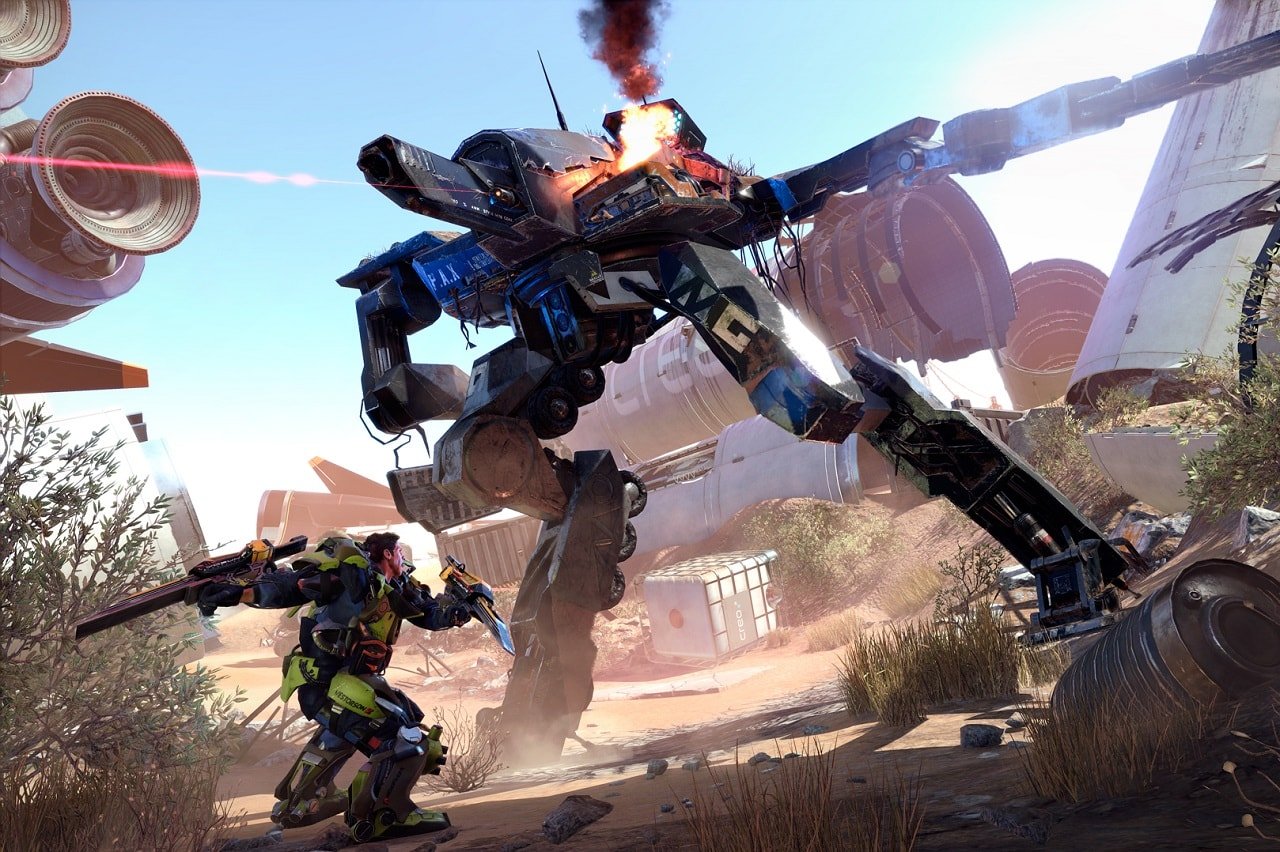 Hammers and drones will break my bones

The first few minutes of The Surge are nothing if not evocative. It begins on a shuttle. Warren, the game’s protagonist, sits idly as the car marches forward. He’s a gruff, vaguely plain-looking man; the kind of guy whose worn and tired features might easily identify him as a contractor or handyman. But it isn’t Warren’s blue-collar appearance that stands out. Instead, it’s his wheelchair. As the shuttle comes to a halt and control of the scene is handed over to players, Warren’s disability carries a striking weight.

When the shuttle’s doors slide open, and Warren wheels himself towards an impossibly polished industrial complex, The Surge is eerily quiet. There’s little by way of character backstory. Players aren’t privy to Warren’s inner monologue. Instead, there’s just the steady squeak of his wheelchair and the occasional disembodied voice of some faraway speaker, echoing the empty corporate truisms of an organization known only as CREO. 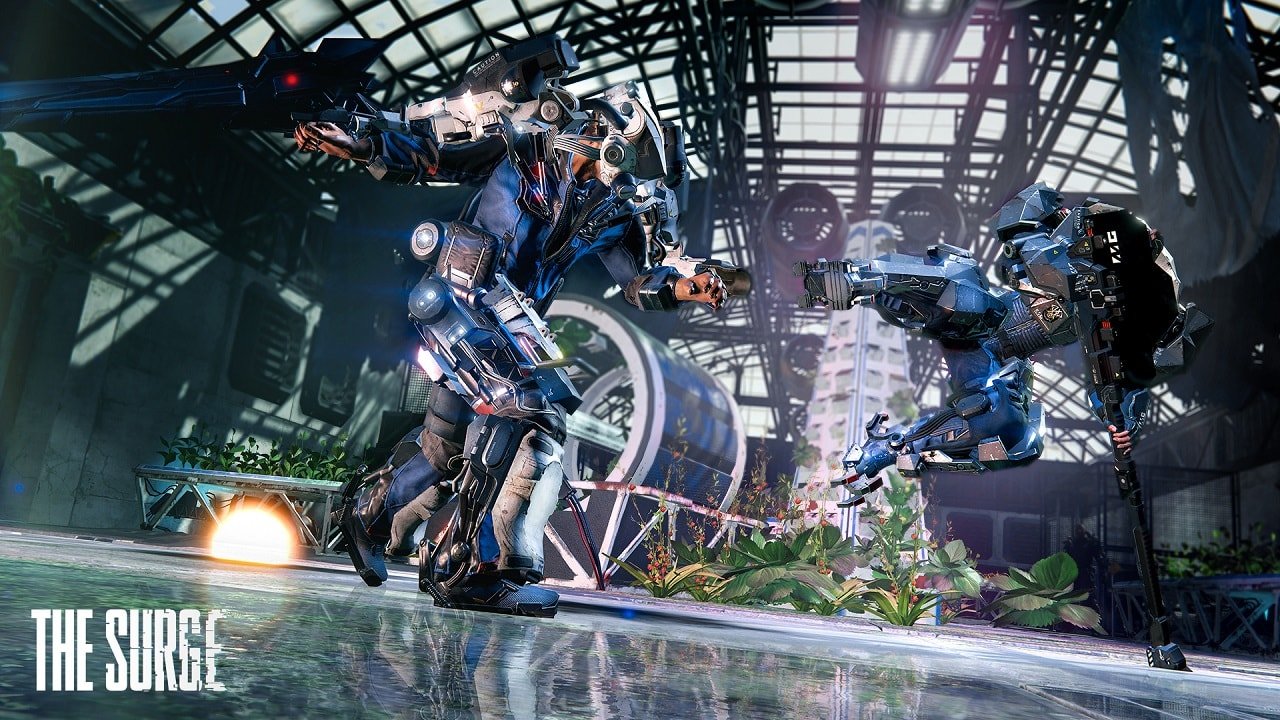 As understated as the game’s opening is, it’s not long before The Surge plays its hand. It is an action game, after all, and soon enough Warren swaps his chair for a mechanical exoskeleton. It’s a brutal transition to watch; man grafting machine to his body — all metal and circuitry — for the chance to walk again. The new suit, imposing and useful as it is, is a trade-off in more ways than one. From this point onward, The Surge is no longer interested in exploring Warren’s motives or history. Instead, it’s focused on challenging melee combat and science-fiction tropes.

Let’s get something out of the way first. The Surge is (uh oh) kind of (here we go) like (don’t do it) Dark Souls (dammit). It traces over the gameplay edges carved by FromSoftware by emphasizing harsh, often brutal, combat encounters. It encourages blind exploration of sprawling environments. Hell, players even make corpse runs to secure their dropped currency. But unlike developer Deck13’s previous efforts with Lords of the Fallen, The Surge uses its Souls inspiration as an outline rather than a blueprint. Through its defining feature, limb-based targeting and dismemberment, The Surge does enough to feel like its own “thing.”

Once Warren has his exo-suit, The Surge revolves around marching through a series of increasingly elaborate industrial locations. Something’s seriously wrong at CREO’s complex, and Warren — who just started working for the company — is one of the few people capable of doing anything about it. It’s one hell of a shitty first day.

Amid all the chaos and rubble that define The Surge‘s early levels are plenty of enemies. Industrial-grade robots and humans with mechanical suits similar to Warren lumber about the environment. They’re often better equipped than him, too, with pieces of armor and fearsome weapons co-opted from machine parts. Compared to the basic rig players start with, squaring up with enemies is intimidating at first, but there’s a way to use their gear against them.

By targeting specific parts of an enemy’s body, Warren can do extra damage with well-placed, consecutive strikes. Landing multiple blows builds up an energy meter, which eventually allows players to unleash a devastating execution move. The instakill attacks are invaluable to Warren’s prolonged survival, but their real value lies in their potential to sever pieces of armor (or weapons) that can later be crafted and equipped. For example, targeting an enemy’s armored right leg might mean that Warren does minimal damage to the limb, but with patience, players can chop it off and use it for their protection later. 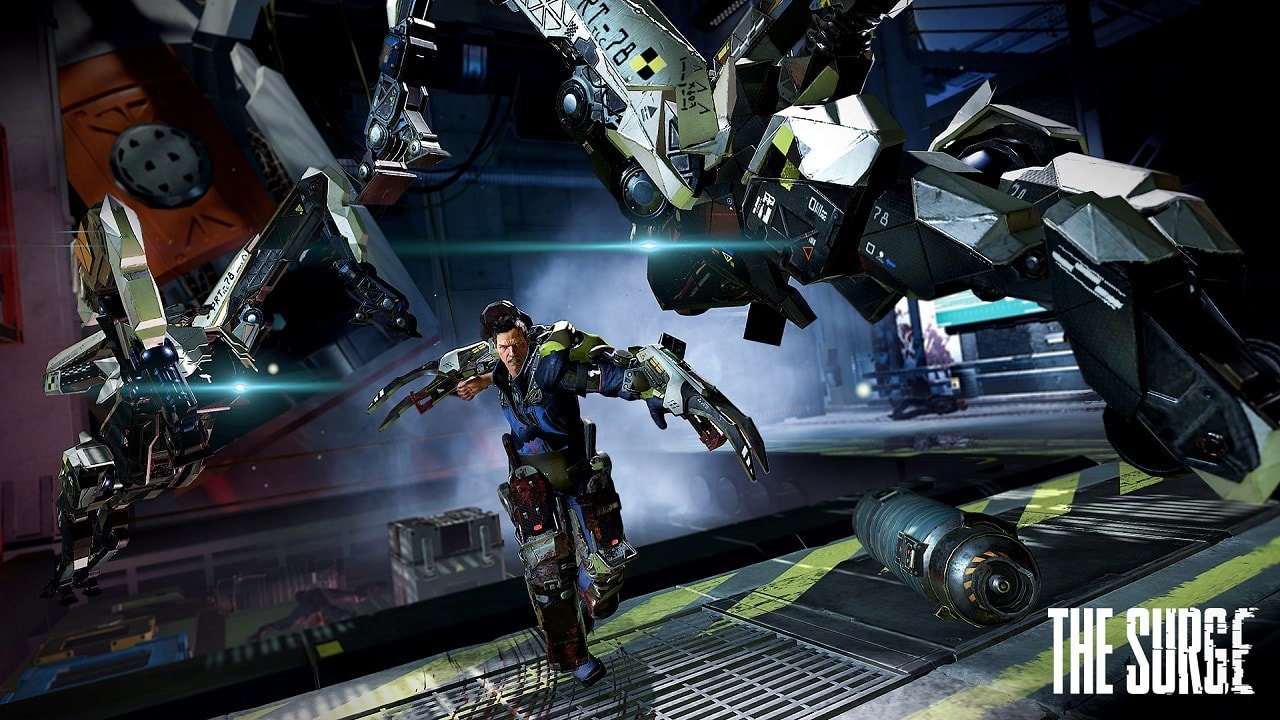 This risk-reward system makes for intense encounters. Even basic enemies are capable of demolishing Warren if players mistime a dodge or run out of stamina. Because of this, it’s often simplest to target any unarmored limbs. But ignoring armor and weapons means missing out on valuable upgrade materials and new gear. It’s a push-and-pull take on melee combat that’s satisfying when you’re successful and infuriating when you’re getting pummeled time after time.

And that’s arguably The Surge‘s greatest fault. Though designed around strategic, methodical strikes, combat often feels like it lacks precision. Switching between different limbs is a breeze, but juggling targets or toggling off the lock-on is much too finicky. Even with plenty of health consumables and an upgraded power core — the game’s form of leveling up — it’s all too easy to die at the hands of a lacking camera and imprecise lock-on.

Luckily though, the myriad corpse runs players will inevitably make aren’t awful. This is largely because of The Surge‘s core level design of labyrinthian buildings and narrow corridors. Players are usually either climbing upward or descending underground, following circuitous routes through different structures on their way toward one of the game’s five main bosses. Each level’s tiered structure lends itself to numerous shortcuts and alternative pathways that can drastically alter the perception of the game’s space. Finding and powering up a hidden elevator that connects a boss’s lair to the level’s central hub — a straight line bypassing hours of careful navigation — is pure, unadulterated shortcut porn.

Unfortunately, impressive shortcuts don’t take away from drab settings. By nature of its bleak sci-fi setting, there’s only so much to look at in each level. Industrial buildings and maintenance corridors lined with yellow pipes make up a staggering amount of each level, adding a same-y feel to most of the game. Similarly, The Surge‘s bosses are lackluster, mostly requiring a trial-and-error approach to defeating them. They’re mostly a collection of large robots that are considerably bigger and tougher than regular enemies, but fighting them is more a slog than a memorable moment.

The Surge is a mix of interesting ideas and hiccups in execution. While there’s no doubt that it will resonate with a specific, hardcore audience, it’s missing just enough to alienate a generalized audience. Its combat is challenging, but not perfect; its story starts with a compelling hook but falls flat shortly after. There are echoes of something special running throughout The Surge, but it never escapes its own shadow.