When I first witnessed the reveal for The Quiet Man I called it “bizarre.” An innocuous enough comment for sure, but it made it onto Wikipedia. It’s official!

It turns out bizarre was an understatement. 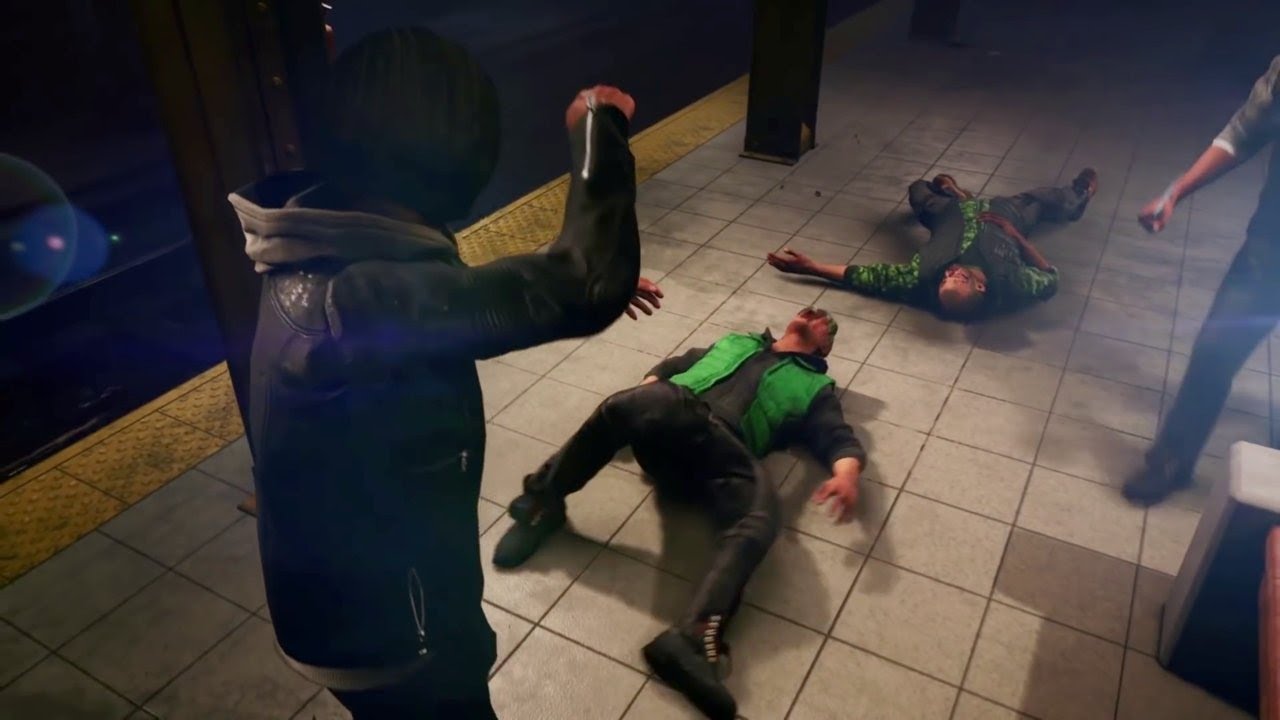 One of my favorite horror/thriller movies is of the past five years is Hush: a story about a deaf author who fends off a would-be attacker. Modern silent-focused films aren’t a unique phenomenon (another “quiet” film A Quiet Place experimented with this concept with one character, as did The Artist as a whole), but the way it completely altered a typical home invasion tale intrigued me to no end. That’s what The Quiet Man attempts to do with a mix of live action and rendered gameplay. Attempts. Developer Human Head’s lofty goals are made clear for all the world to see: it promises “high-production live action, realistic CG and pulse-pounding action gameplay.” It delivers on none of that.

Dane, our deaf protagonist, is here to kick ass and take names: but none of his foes put up a good enough fight. The entire combat system is far too floaty and it simply buckles under the weight of the engine. Slightly teleporting or clipping through attacks is commonplace, and the mashy attacks aren’t satisfying to pull off. Fights mostly devolve into mashing a punch combo to get an enemy into a corner (while the other timid AI avoid pressing the issue), finishing them off, then repeating the process.

There’s an effort to make things look cinematic with slo-mo finishers, but they cut quicker than a season one Iron Fist fight scene to the point of low key glitching (is sub 10 frames-per-second a feature?): heck, many hits don’t even connect (a problem that extends to the live action portions with quick jarring cuts during fight scenes). There’s a shortage of larger-than-life complex boss battles too, as most scraps are just short jaunts with generic punks or slightly more spongey ruffians.

My hopes and dreams of finally getting a follow-up to the wonderfully janky PS2 action romp The Bouncer (which amazingly was also released by Square Enix) have been fully dashed as there is practically nothing of value here from a gameplay perspective. In case you’re wondering: The Quiet Man does shy away from QTEs in favor of having a more cinematic focus: one that even further falters due to the disconnect between the urgency of the real-life sequences and the digital bits (a machete that seems deadly in live action is reduced to a plastic sword in-game).

Dane doesn’t just randomly beat people up though, as there is kind of a method to his madness. The Quiet Man is a strange mix of action anime, David Cage and gritty night time crime serials, spiced with ground up jank. There’s flashes of brilliance. I love how you can make out dialogue by reading lips as a sort of meta skill-based venture (most of you will hate this). The minimalist menu screens are neat and evoke imagery of primordial cave drawings. Its Birdman-like approach to splice up cuts as faux one-takes to swap between live action and the in-game engine do work more often than not.

That said a lot of the seemingly charming oddities of The Quiet Man quickly become hard to shirk. Strangely, the same few enemies are reused constantly. Is it some sort of fever-pitched commentary on how Dane tries to dissociate from violence by visualizing his most-hated adversaries? Is it a budget thing? I honestly can’t tell.

Kneeing someone in the face against a dirty refrigerator and having a traumatic childhood memory flash across the screen is straight David Lynch-level surrealism. As you might have gleaned I’m totally into this eccentric insanity more often than not, but there’s a limit. It’s something you should probably see in person at least once in your life, but maybe as part of a PlayStation Plus lineup or a free Humble Bundle offering. Given that it’s just shy of three hours and can be considered a long film, that prospect might appeal to you already.

“Roughly one week after launch” The Quiet Man is getting an update that will add audio into the mix, and thus, context. Maybe it’ll be the most subversive, Molyneux-esque patch in the history of gaming. For now, Square Enix is charging $14.99 for a ticket to ride and I can safely say that you can miss this train.