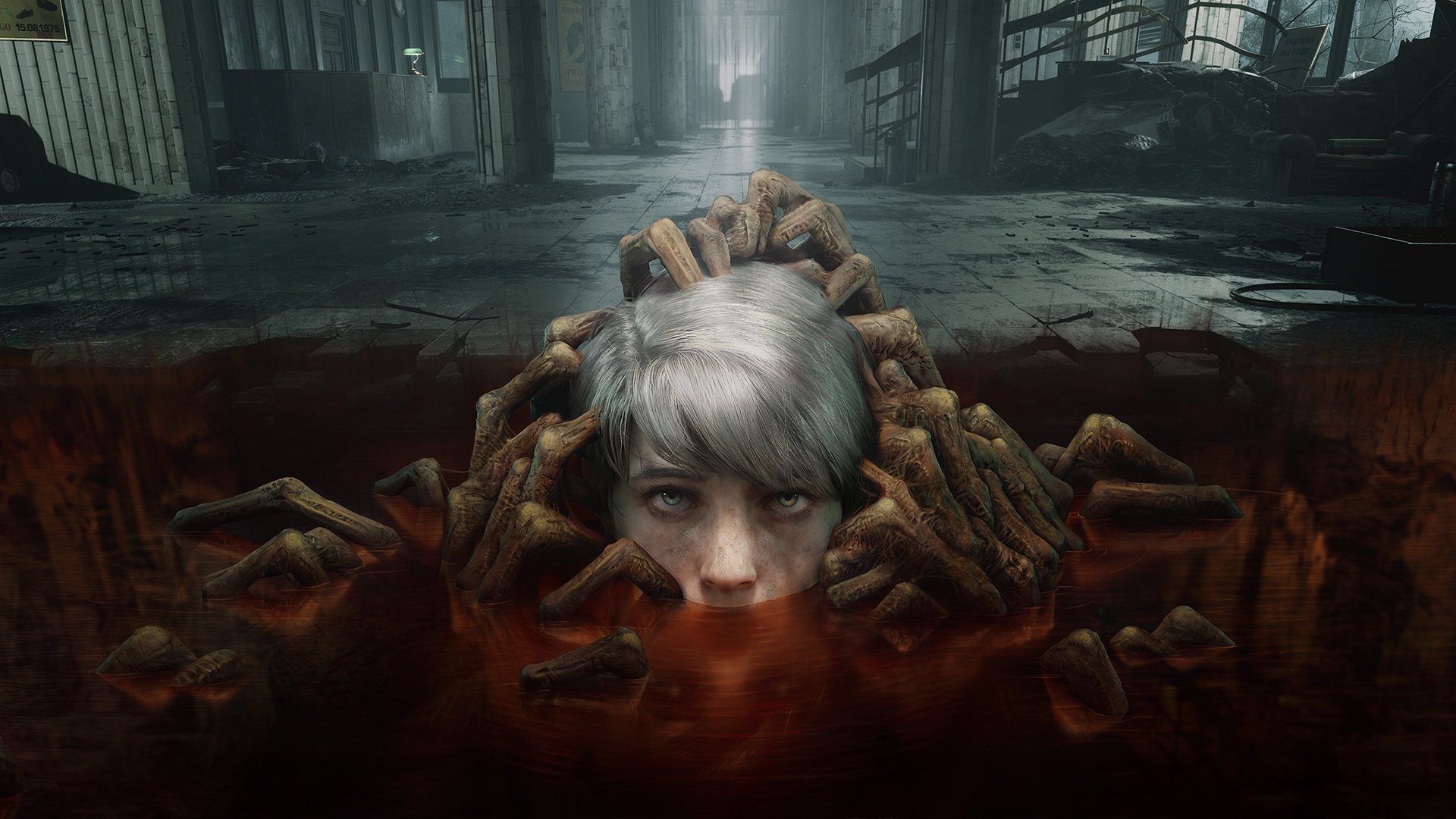 Fill my eyes with that double vision

I respect Bloober Team’s persistence in the realm of psychological horror games. They’re not for everyone, and I understand the complaints that their games lack a certain impact, but I like ’em okay.

The Medium, Bloober Team’s latest release following the back-to-back Layers of Fear 2 and Blair Witch, feels higher-profile. The horror-adventure game has been pushed quite a bit as an early Xbox Series X/S title due in large part to its distinct “two worlds” split-screen concept, but it’s also out on PC.

That’s where I played it, and after seeing the recommended specs, I was surprised to have pretty good performance with my setup: an i7-7700K, GTX 1080 Ti, 16 GB RAM, and SSD. I didn’t have to make too many visual compromises at 1080p. Whether Marianne was in the spirit world, the real world, or she was inhabiting both realities at the same time side-by-side, the game ran consistently well for me.

But apart from The Medium working on a technical level, is its world worth exploring? Is it actually scary? And what about those stealth encounters with a trash-talking demon voiced by Troy Baker?

If those were your concerns coming in, I hear you. Same! Quote unquote “horror games” can mean so many different things these days. I also recognize that composer Akira Yamaoka’s involvement in The Medium has roped in Silent Hill fans, some of whom may not know exactly what they’re getting into.

This team has a knack for creating creepy scenarios that sound cool on paper – in this case, a medium who can exist in the land of the living and the dead simultaneously and channel spirit energy – but those fresh ideas don’t always make it to the finish line. Without compelling gameplay to back it up, a cool hook can fade away. I’d argue that there’s just enough going on here to keep players engaged.

It’s the late ’90s, and Marianne is summoned from her home in Krakow to investigate the remote Niwa Hotel – a resort that was abandoned years ago after a bizarre massacre. The old compound has a lot of skeletons in its closet, and as a medium who can glean insight from left-behind objects, Marianne needs to piece together what happened at Niwa, who the players are, and eventually, how she fits in.

The Medium is very much in line with Bloober Team’s past work, for better and for worse. By that I mean it once again blurs the line between psychological horror and walking sim. There’s one jump-scare, a few quick chase sequences, and several not-too-taxing stealth bits. Otherwise, it’s weirdly low-key.

Much of the experience is spent strolling around, stress-free, to try and find a path forward in the material world or spirit realm. Thankfully, it’s atmospheric. Sometimes you’ll need to leave your physical body behind to circumvent an obstacle or find a particular item for a particular piece of scenery that can help Marianne tap into a power source. Mechanically, you can expect to inspect a lot of items and listen to audio tidbits that cover past events. The Medium has a few true puzzles, but the rest don’t push back in a meaningful way. There’s no tricky resource management to worry about and there’s no combat.

To elaborate, you occasionally will need to sprint away from a recurring demon that wants to wear you as a “skinsuit” – but those moments feel heavily scripted, and they don’t last long. As for the stealth sequences, The Maw is blind in the real world, so there’s no reason whatsoever to rush. I didn’t struggle to sneak by the creature like I thought I might based on the trailers. I will say though, its theme is legit.

In some ways, I appreciate the simplicity of this game. You’re never going to feel too lost or unsure about what to do. Items are easy to spot with a “detective vision” Insight ability to outline them. And if you ever grow tired of Marianne’s frequent narration (for the record: I didn’t), you can skip her lines.

At the same time, I feel like The Medium could’ve asked far more from its players. It’s too passive. It never throws you in the deep end, so your nerves never really kick in. The game’s main hook, the dual reality split-screen presentation where you control two versions of Marianne at once, looks cooler than it is. These moments are always pre-defined, meaning you won’t manually activate her ability. At most, you’ll have to protect yourself from otherworldly moths using a spirit shield. There aren’t threats to watch out for other than the demon antagonist, and even then, those sequences are self-contained.

Apart from a short opening sequence at her adoptive father’s funeral home and a few other areas I won’t spoil, The Medium mostly takes place in and around the abandoned Niwa Hotel complex.

It’s a testament to the visual presentation and the snowballing mystery that I never wanted to put this game down. As an adventure game with few if any scary moments and little in the way of intensity, I’m sure it’s not going to click with all horror fans. There’s no way it will. That said, there’s something about The Medium‘s modernized rendition of classic fixed camera angles that I truly enjoyed. It felt cozy.

I captured an absurd amount of screenshots – more than I ever could or would use in a review. That goes for the hotel’s dilapidated interiors, the beautifully grotesque ghostscapes, and the scenic woods. Even if my interactions with the world left me wanting, I still had a generally good time exploring it.

The Medium took me almost exactly eight hours to finish, and I got most but not all of the optional lore collectibles. While one playthrough was plenty for me, I’m still dwelling on the bigger picture and how everything fits together. Poland is an interesting historical backdrop, one that doesn’t feel like an afterthought. And even though this is largely Marianne’s personal story – much more than expected – it does ultimately branch out. If you care to look, there are world-building dots to consider and connect.

I wanted a whole lot more from the split-reality premise, though. I wanted higher stakes. Tension. If this game felt threatening, I’d have a very different outlook. As is, I think it’s decent. Enjoyable enough.

My favorite part of The Medium ended up being its “semi-fixed cameras,” which blend old and new design philosophies in a way that seems genuinely palatable in 2021. That’s the real achievement here. I can easily picture a more well-rounded sequel happening, and for what it’s worth, I hope it does.