I don’t know when I became the staff’s indie adventure game guy, but however it happened I’m glad it did. I’ve got to experience some really charming and unique titles that’ll stick in my memory for years to come; I’ve gotten to experience some pretty crappy ones I’d rather forget.

Today, I got to play one that’s somewhere in between. 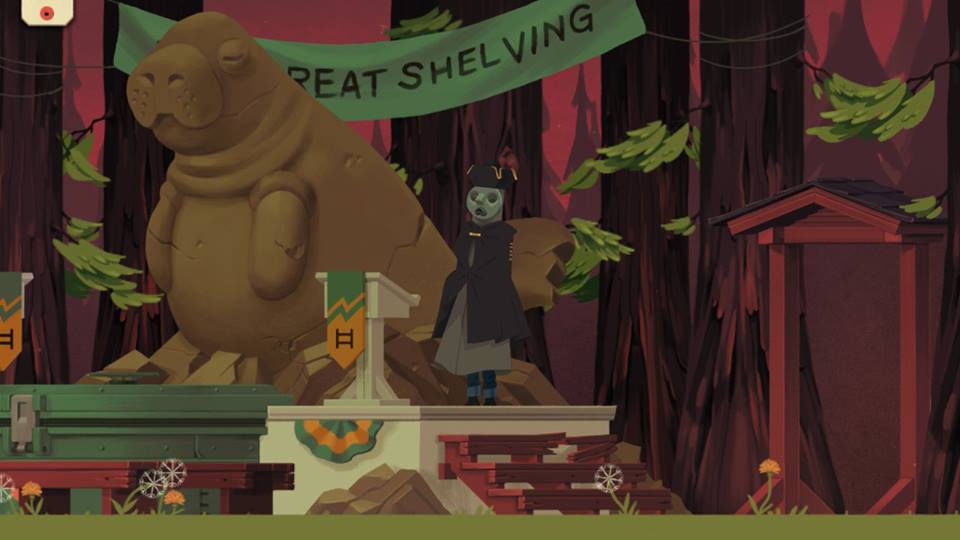 The Low Road starts out with a cool premise and setting. It’s the 1970s; you control Noomi Kovacs, a rookie intelligence agent at the espionage division of a large automobile manufacturer. Along with your veteran spy boss, Barney “Turn” Turner, you’re tasked with investigating the disappearance of the company’s top R&D engineer. What follows is a whole bunch of sabotaging, puzzle-solving, and pointing and clicking as you track down the developer in the name of corporate dominance.

Most of your common point-and-click adventure tropes are here. You’ll run back and forth solving puzzles to access different areas, perform menial tasks for the numerous NPCs scattered throughout the map, and wrestle with the game wanting you to do things in a very particular order as you try the seventeenth combination of items in a desperate attempt to pass this one impossible section. Luckily none of the puzzles are too frustrating and the game puts a higher emphasis on narrative than action, so roadblocks are few and far between. But as far as point-and-click adventure games go, this one doesn’t try to introduce anything too new to the formula.

This genre needs some really good writing to carry the gameplay bits, and unfortunately The Low Road doesn’t quite deliver. It’s got a great premise and practically oozes with style, but man the substance can never catch up. The story does admittedly take twists and turns I didn’t see coming, and the penultimate story beat comes way out of left field, but the thrill of the chase just isn’t all that thrilling. It took a great setup and didn’t capitalize on it, which is more disappointing than flat-out bad.

On top of the disappointing story are the vocal performances. The entire game is fully voiced, so you won’t have do read any of the dialogue as it flies at you, but outside of Turn the voice acting ranges from nondescript to annoying. Noomi is the biggest offender, as she feels out of place. The game largely goes for a stylistic representation of the ’70s, but Noomi’s voice feels more akin to an alternate universe where MTV had VJs in 2009 and she was the one that covered the Tuesday night late shift. I’ll let your imagination flesh out that analogy. 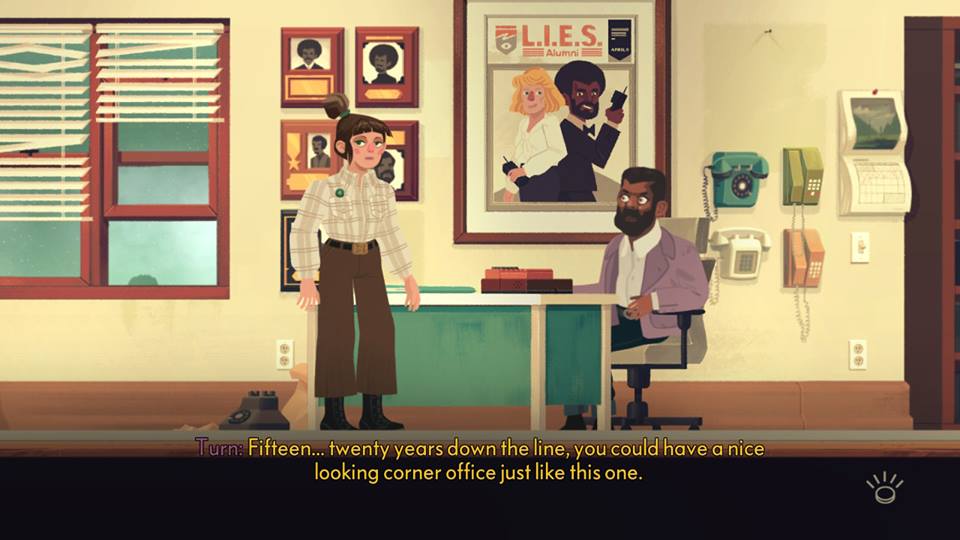 The graphics are quite attractive, though. The odd muted-color papercraft style really does a great job of selling the setting, and even if the animations are a bit wonky at times it’s still a pretty game to look at. Adding to the atmosphere, the music is also really good, featuring some slick background music and some really great original tunes that play in the loading screen in between chapters. This is another game where I’d consider buying the soundtrack on its own — which is a lot coming from someone who’s never paid a ton of attention to video game music.

This road will get you to your destination in one piece, just don’t expect much excitement along the way.