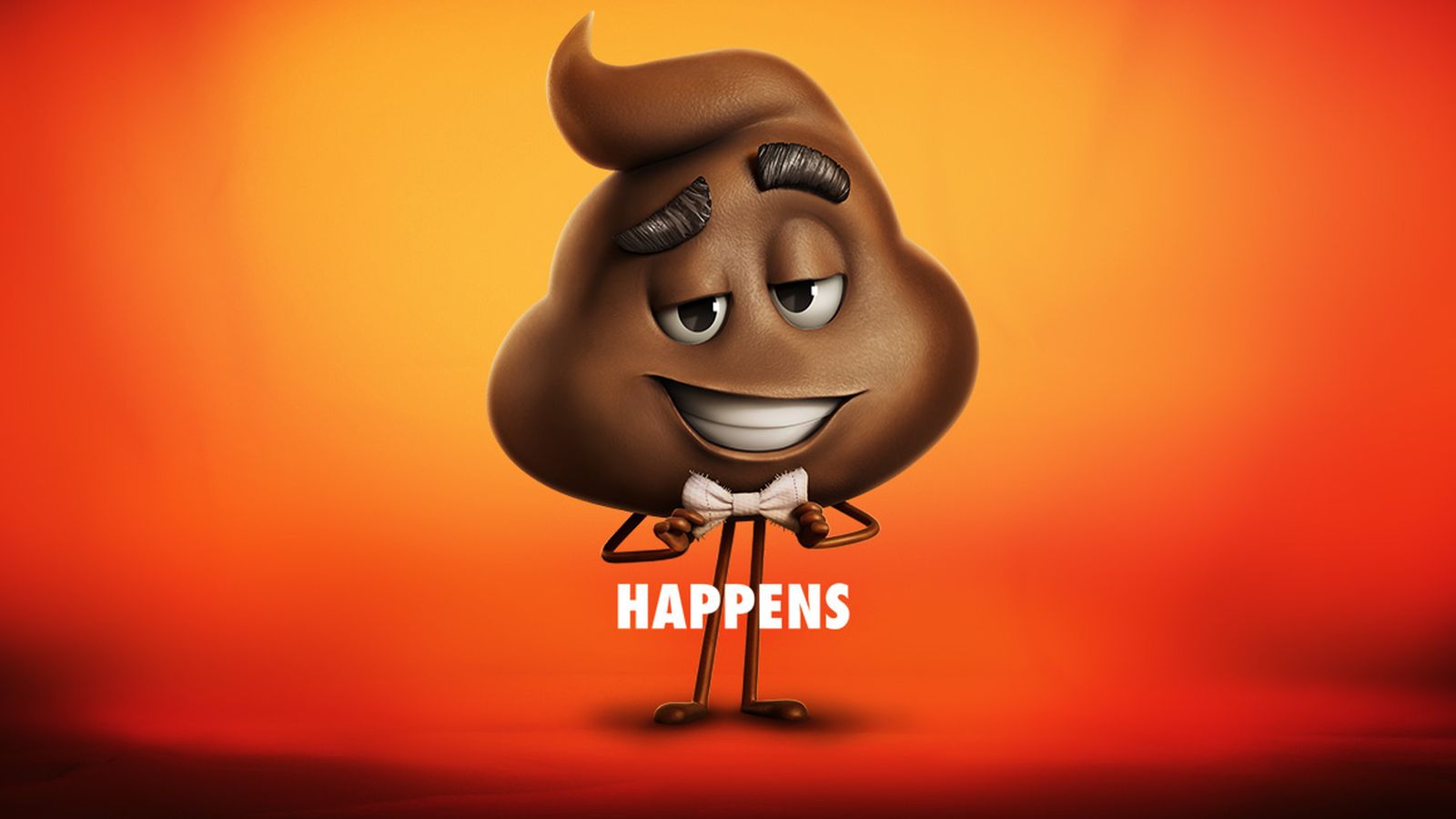 To live is to suffer

You know, for the longest time, I thought this movie was a joke. Something invented by film producers to have a laugh. A prank that writers bounced around, but never dared to seriously consider, lest their career be stamped with a black, inky mark. However, yesterday I rose from my desk, and stuffed my wallet and phone into my pocket. Dread sunk into my chest. I checked my watch, and decided if I didn’t want to be late, I should leave in the next five minutes. I met the world outside, locked my door, and shuffled down the stairwell into the parking lot. Soon, I found myself at my local cinema. I bought a medium soda that was anything but medium, had my ticket torn, and pressed myself into a cold leather seat. As the Sony logo rose onto the screen, finally, I accepted that The Emoji Movie was not a joke.

We are the joke, and The Emoji Movie is an insult aimed at us, spitting in our eye and pissing in our coffee.

The Emoji Movie tells the tale of Gene, a ‘meh’ emoji who unbeknownst to his fellow emoji’s in Textopolis, can experience more than one emotion. Unfortunately, when he’s called upon to make his ‘meh’ face at the users request, he freaks out and makes the wrong face. Gene is then forced out of Textopolis, embarking on a quest with his buddy Hi-5 and hacker Jailbreak to become normal like all the other emoji. The setup is trite from the very beginning, and becomes more mundane the further along the story progresses.

You already know all of the beats; our characters form a plan to solve their problems, the villain sends a force to stop them, they clash, one of the characters gets separated from them, the main character decides to rescue them instead of heading straight for their goal, blah blah blah. I could go on, but it’s honestly not necessary; if you’ve seen a kids movie in the last 20 years, then you’ve seen The Emoji Movie. I’ve heard some people say that The Emoji Movie borrows steals a lot of ideas from Inside Out, and that’s just not true. Emoji also rips several ideas from Toy Story, The Lego Movie, and even Shrek. Situations are recreated almost verbatim from these movies, only serving to bore and annoy the audience even further. 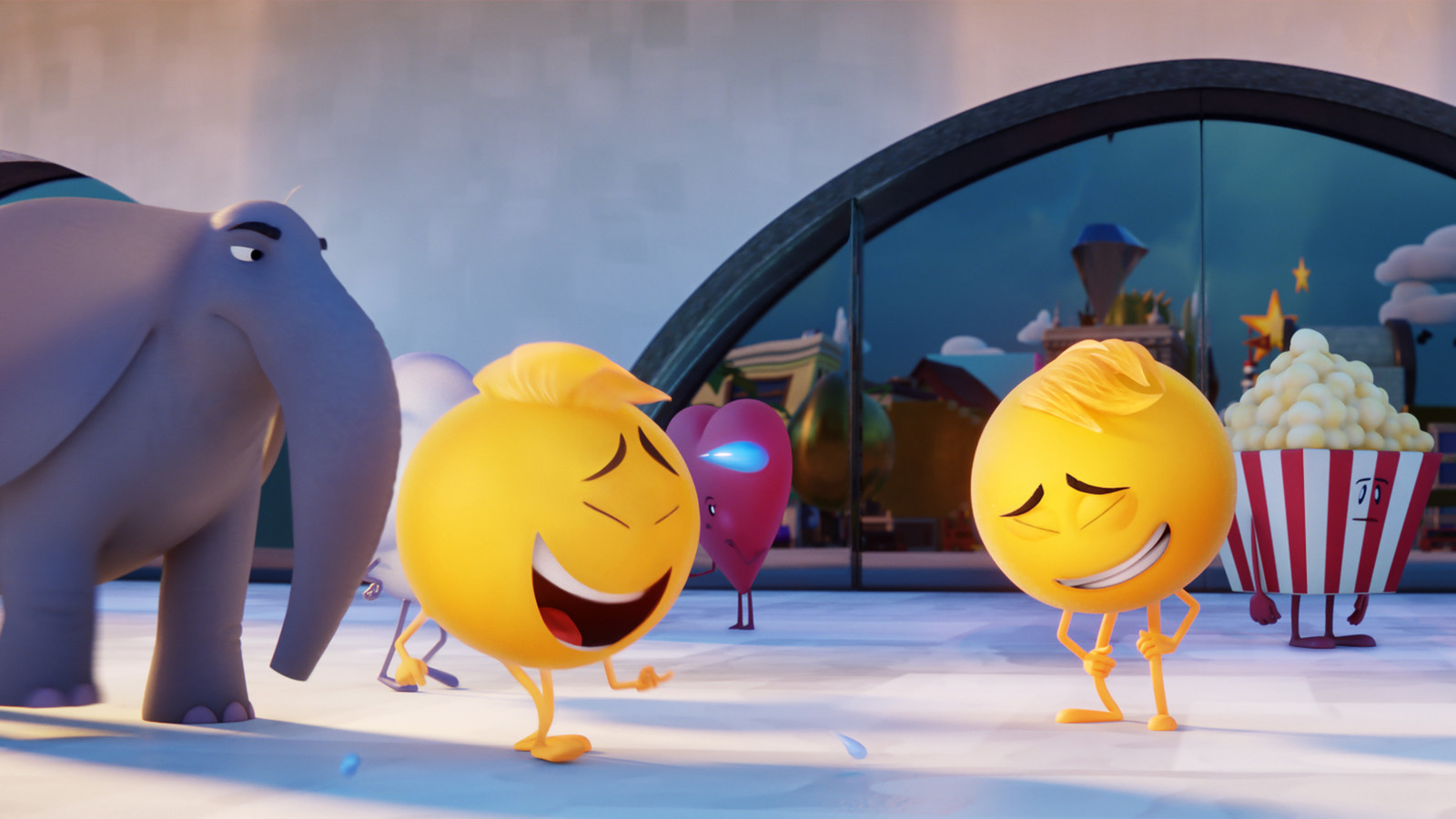 And it’s not like Emoji needs any help with that; the humor is so atrocious I almost feel guilty calling this film a comedy. Here’s what the ‘comedy’ amounts to: Emojis simply calling each other by their Emoji names, or acting slightly different to each other depending on what Emoji they are. That’s really it. There’s no humor that’s so bad it becomes funny, or even dialogue you can ridicule. I didn’t hear a single laugh from any of the children in the theater. Nothing. This movie is shamelessly hackneyed and vapid; it cannot be laughed at because it can’t understand it’s being made fun of. It is impervious to snide criticism and witty retorts. All you can do is embrace The Emoji Movie, before shoving a pillow into its face.

Without comedy, and without plot, the element thrust into the forefront of the viewer’s mind is the concept. If you’d like me to elaborate on that, now’s the time where I’d like to inform all the passengers along for today’s flight that, as the title entails, this is, in fact, a review for The Emoji Movie, and you should be well aware by now that the concept is, on its face, a bad one. I understand the motive behind it; The Lego Movie made more dough than a Three-Star Michelin bakery, and Sony wants a piece of that pie, but it isn’t gonna happen with something like Emoji. The reason being kids and adults alike adore Lego for their inherent creativity and playful, easy design, which incidentally lends itself incredibly well to a kids movie based around the theme of creativity and being yourself. The other reason being that no one cares about Emoji. Trying to make an Emoji movie is such a blatant consumerism-driven cash-grab that I’m astounded Sony had the balls to even try it. Hell, in the opening narration, the movie acknowledges that emoji only exist because people suck, specifically because they’re lazy and don’t want to type out their complete thoughts in a text message. So why would anyone even consider making a movie like this? I don’t know. The point is, the concept of an Emoji-based movie sucks. 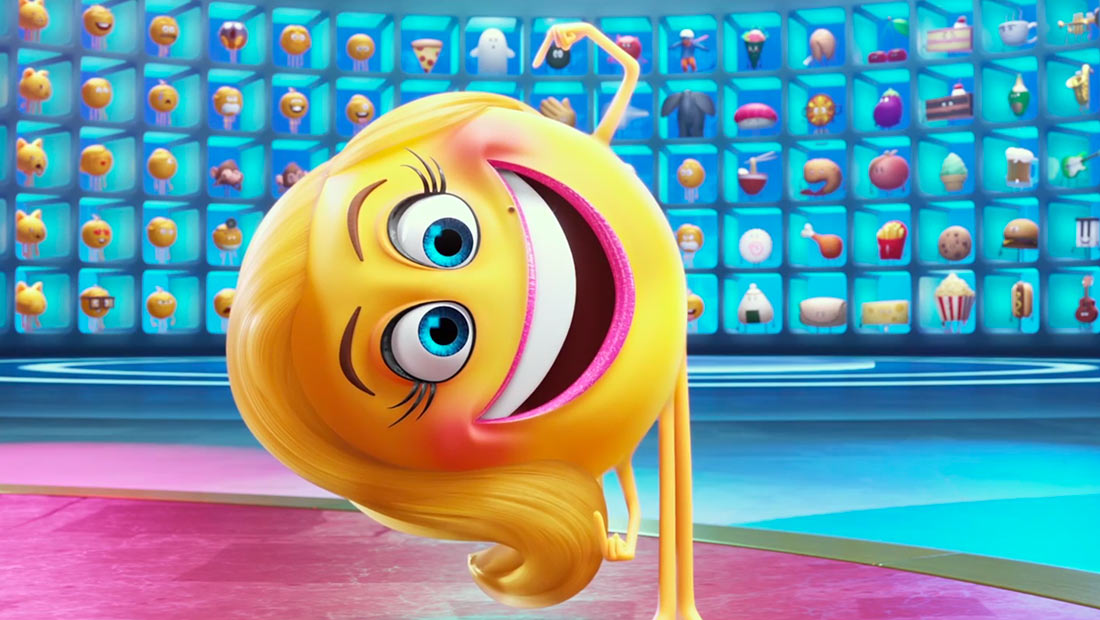 Now, here’s a weird bit of criticism I never thought I would have to say aloud: Did the entire cast phone in their performances? Sure, you might know that T.J. Miller, Steven Wright and Patrick Stewart were coaxed into this movie, but did you know that, *ahem*, Anna Faris, James Corden, Maya Rudolph, Jennifer Coolidge, Christina Aguilera, Sofia Vergara and more lend their voices to this project? No? Neither did I, until I glimpsed the cast list as I sulked out of the theater. Why do none of these people sound like themselves? Why even hire them if their voices are that unrecognizable? I just don’t know.

On top of the terrible plot, the terrible concept, and the terrible acting, all of the sensory elements in this movie suck too. The animation lacks any style or visual flair, (as is to be expected) but worse is how little detail there is in the animation. There are points where characters look blurry or unfinished, and nearly all of the backgrounds are painfully copied and pasted as needed. You can see this quite plainly if you compare the trailers to the movie; there are scenes in the trailer that occur in other settings in the final cut of the movie. It feels borderline amateur. Even worse has got to be the music. You’d think that Sony with all of its music rights would plug today’s pop-radio garbage into The Emoji Movie, but that’s not the case. Instead, they plugged 2012’s pop-radio garbage into The Emoji Movie. Did Sony not believe in this movie either? Why does this exist? Why am I here? 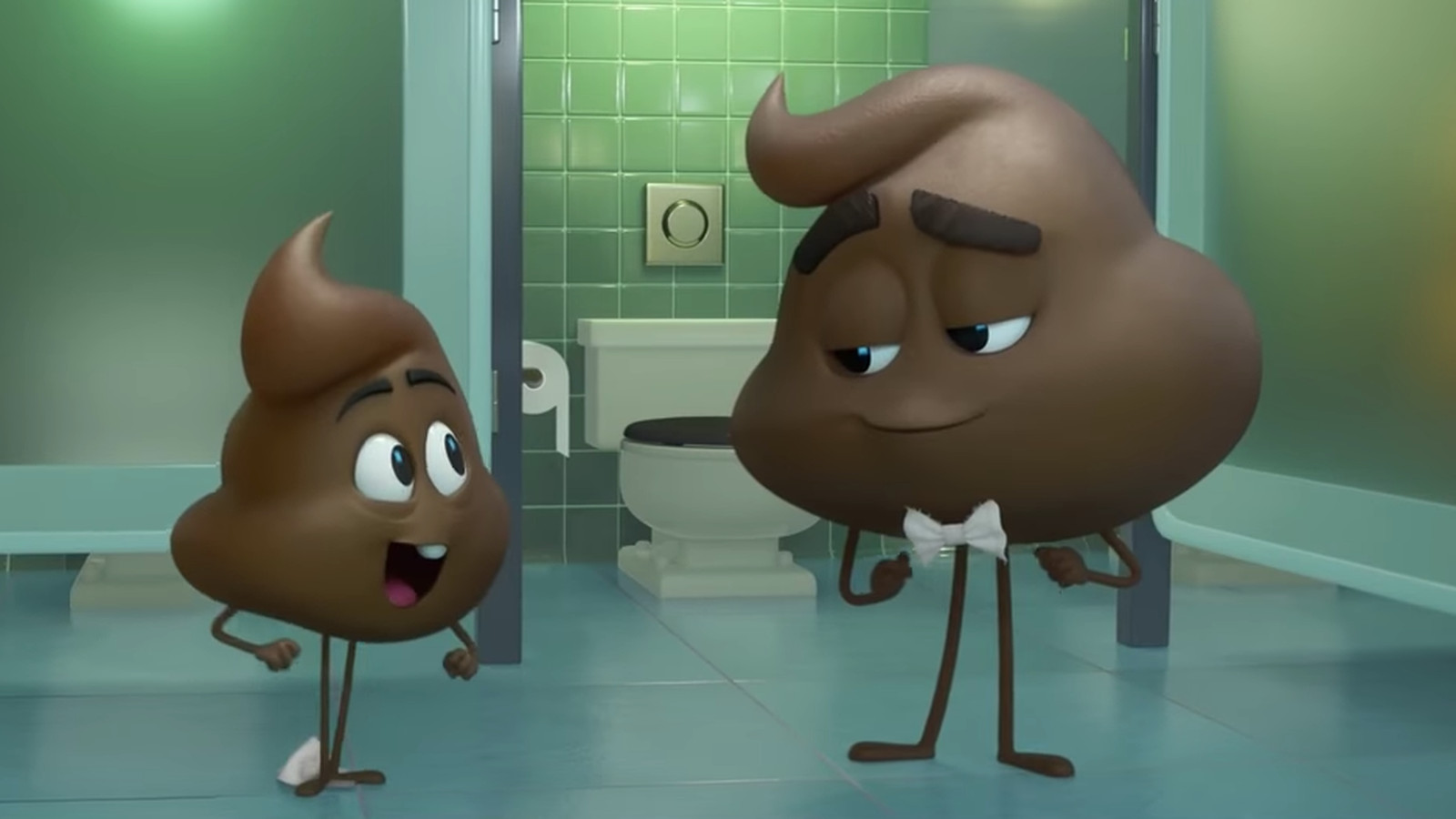 You don’t need me to tell you this movie is terrible. Just look at it. Some asshole at Sony actually thought this would be a good idea, and somehow convinced a bunch of other assholes to make this putrid movie. The Emoji Movie was farted into existence for the express purpose of seeing if they could do it.

Now we all have to sit in its stink.