The last time The Caligula Effect was considered a new game release, things didn’t exactly go well for it.

But a rather mixed reception didn’t stop FuRyu and Aquria from sticking with the brand, and the game is now back, remade for modern platforms and renamed to The Caligula Effect: Overdose.

The only question that remains now is whether or not a do-over will be any good for what was originally an ambitious, profoundly flawed experience. 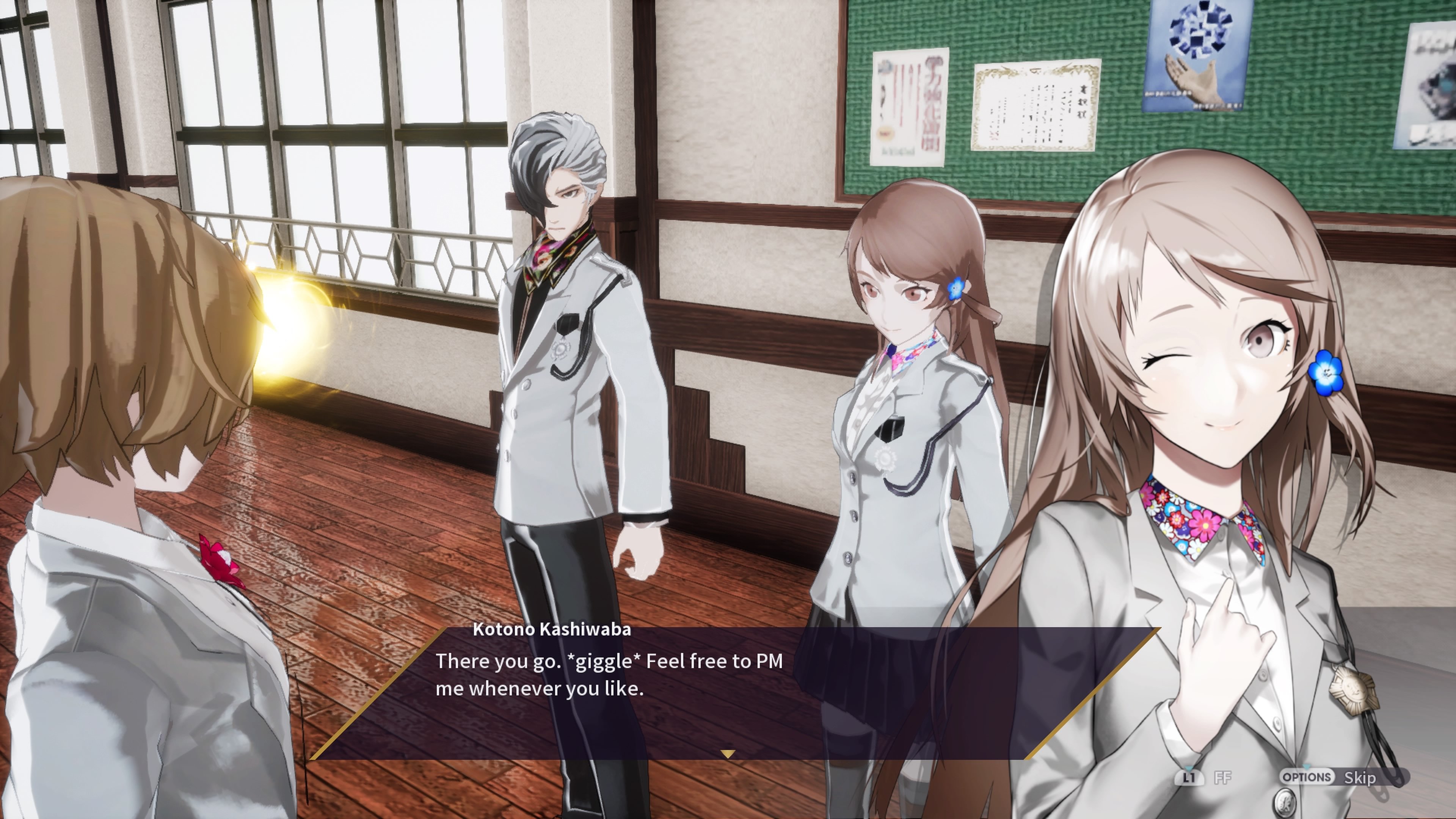 Well, there is also the question of why, after giving the original release a 4/10, I’d be willing to subject myself to it a second time. Truth be told, I always wanted to like The Caligula Effect. Coming from veterans of the Persona series, the PS Vita original could have been a cult hit, but its compromised performance and inability for it to grasp as far as it could reach were just too much to make it worth recommending to all but those most ready to ignore those deficiencies. In a word, when Overdose was announced, I was hopeful that Aquria would be able to remake the game and make The Caligula Effect all it needed to be.

And how did it turn out? I’ll say this at first: Most of my complaints as raised in the original review remain relevant. If some factor caused problems in The Caligula Effect, on PS Vita, in 2017, the same things cause problems for The Caligula Effect: Overdose on PS4, PC, and Switch in 2019.

You might think that in light of the above statement, I may as well go ahead, give it the same score, and move on, but therein lies the hope. Overdose may not reinvent The Caligula Effect, but it manages the next best thing, by papering over its flaws enough to make it worth putting up with. The strategy has largely paid off. 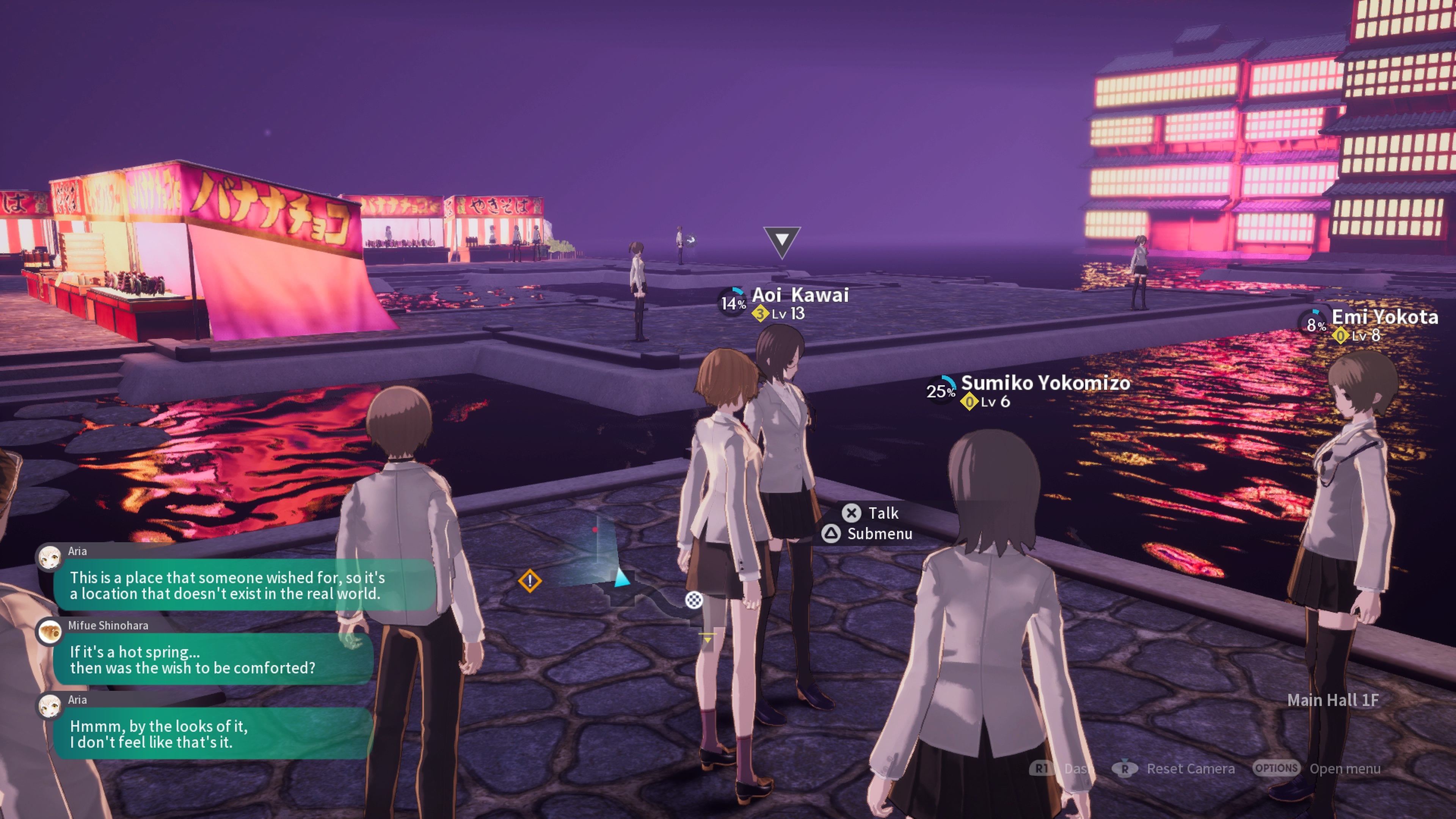 The game itself is much the same as before. A Hatsune Miku-like AI called “μ” (Myu) has gained sentience and created a virtual world called Mobius. In it she’s trapped the souls of people who can’t cope with life in the real world: the broken, lost, or outcast, letting them live out an endless fantasy of anime teenage high school life, away from all of life’s problems. Players and their allies form the “Go-Home Club”, a squad of students dedicated to breaking out of Mobius and returning to their real lives, whatever the cost. Opposing them are Ostinato Musicians, μ composers devoted to keeping people from leaving Mobius. Both sides are empowered with “Catharsis Effects”, externalized and weaponized emotional traumas that take the form of rad body-altering weapons.

The most obvious changes between Overdose and the original Caligula Effect are graphical. Where the PS Vita regularly struggled to render the game’s battles at a playable framerate, on a PS4 at least, nary a frame is dropped, even in the busiest and flashiest battles. Anti-aliasing and improved textures, set on a much cleaner and more readable UI, set off the game’s stark sense of style and minimalist approach to color. Most everyone in the main cast appears deliberately washed out in grayscale tones, barring a colorful flower-themed accessory. It’s a good look, and sets The Caligula Effect apart from the sometimes too-busy aesthetic of its Persona cousins. Overdose can’t quite hide the game’s origins on the Vita, though. Character models lack much detail or expression in their animation, and the environments and world assets were clearly originally created to work on a lower-resolution screen with fewer polygons to spare. Still, The Caligula Effect: Overdose looks quite a bit better for the transition.

The improved graphics also make it easier to engage with the game’s signature feature, its battle system. As before, battles take place in quasi-real time, with the Go-Home Club facing off against the Ostinato Musicians and their Digihead minions (or vice-versa, but more on that in a bit). Combatants can queue up to three actions each cycle, from attacks to buffs or defensive maneuvers, and each takes a specific amount of time to animate. The timing is laid out in a grid, and players can preview each action in an “Imaginary Chain”. Timing can be adjusted down to the millisecond, allowing for intricately arranged combos to execute. A typical turn might involve an action that launches an enemy up into the air, while allies open fire with ranged attacks to juggle the foe while others charge up special attacks to unleash the moment that foe hits the ground.

Bosses and powerful enemies can complicate matters, as their stat bonuses, abilities, and plain old randomness can sometimes override the results previewed in the Imaginary Chain, allowing for a player’s well-laid plans to be fouled up. When it’s firing on all cylinders, the battle system can make for exhilarating moments of tactical brilliance, leaving players feeling as clever as if they’d come off the JRPG version of Into the Breach or some other “Perfect Information”-style tactical game. The downside comes from the low-level battles, which thanks to the detail of the battle system end up taking far longer than they should. With up to twelve actions needing to be queued and managed per cycle, the system just isn’t suited to the grindy design of the average digihead encounter. Thankfully, a newly added auto-battle function allows players to at least steamroll their way through the least engaging battles with less necessary input.

As I mentioned, many of the issues that caused problems for the original Caligula Effect remain relevant today, but Overdose‘s accomplishment is in re-tuning the whole thing to make those flaws less egregious, and thus easier to look past. Yes, the level design is still largely boring and maze-like, but an improved mini-map and an added run button make it much easier to navigate around, as well as slip past any unnecessary fights. Yes, battles with standard enemies still take too long, but the auto-battle, as well as the faster framerate and loading times afforded by modern platforms make them less of a chore to get over with. Even non-combat systems, like the Causality Link social system, get a once-over, ending up less tiresome to engage with.

For the uninitiated, Causality Links are The Caligula Effect‘s attempt to expand Persona-like relationship systems beyond the named main cast. Each of the more than 500 regular student characters in the game can be befriended, and can give quests to the player to solve in exchange for equipment or stat boosts, and even join the party on demand for a spot of combat. As before, in practice the system is paper-thin, and predicated on grinding out snippets of seemingly random dialog, only to end up with a boring fetch quest for one’s trouble. And yet, even this got a bit of redeeming value added, as the quests themselves were made easier to understand, as well as the friendship-grinding made less onerous. It’s still not a system any but the most dedicated completionist would devote time to, but it’s at least been improved. 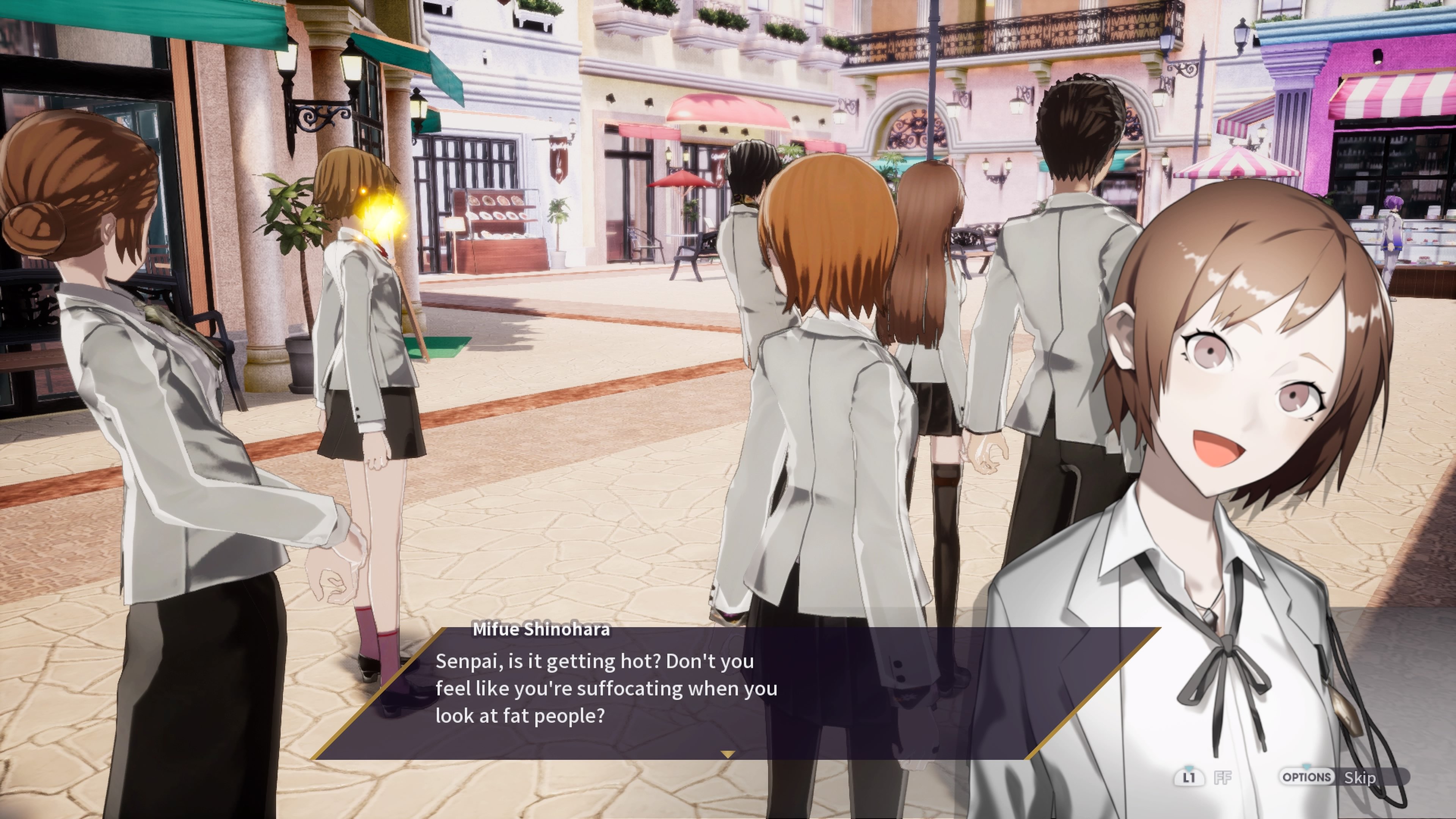 A less mixed bag is the way the narrative’s been rearranged. The main plot exists as it did before, but Overdose adds an entire new storyline, allowing players to opt to side with the Ostinato Musicians over the Go-Home Club, choosing to support them in their mission to keep people from leaving Mobius. Better yet, the choice of path doesn’t require anything so onerous as a full replay. Instead, the new scenario is woven into the flow of the main plot, with new characters (two for each side of the conflict) and locations added to appropriate points in the timeline. The result is a story that feels more fully integrated, its differences only apparent to people who played the original incarnation.

As for the characters themselves, they work well enough, but unfortunately for fans of nuance and the notion that dark topics need sensitive or nuanced treatment, the writing misses as much as it hits. Each character has a personal arc that can be explored as the game progresses, and each character’s arc touches on some pretty heavy topics, taking advantage of the fact that the characters only look like anime high schoolers, but in the real world, could be anyone, of any age or gender. Unfortunately, the arcs take a tad too long to really get going, and in the early stages lean too much on cliche stereotypes and gags.

Having the Musicians as playable, with their own arcs to explore, helps complicate the narrative in some cool ways, but also has the side effect of having the writing double down on some of its most problematic elements, particularly the way it characterizes one character that can be read as LGBT, or another that’s basically just a sex predator. For all the potential The Caligula Effect has to really touch on moving, even important topics and lines of storytelling, it’s frustrating to see it reach for the lowest-hanging fruit as often as it does. 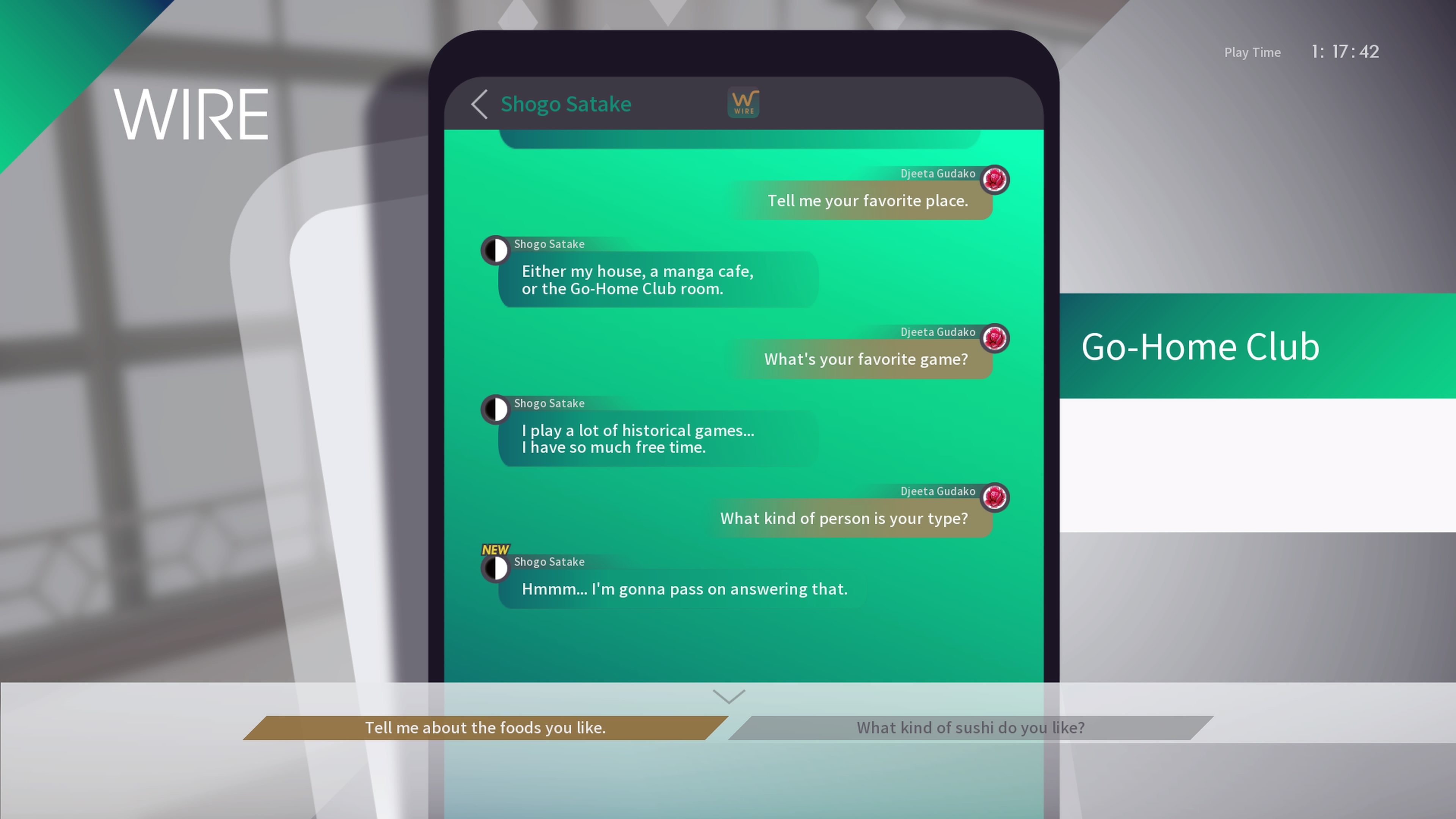 In light of all this, it’s oddly ironic that the game is called Overdose. The word implies that we’re getting too much of everything, but it works precisely because Aquria have, in their persistence, found a more balanced, even restrained “dosage” of the game’s compromised elements.

The Caligula Effect: Overdose is still definitely a flawed, frustrating work. Its shortcomings are many, and might still be too intractable for some, but the refinements and additions have,for me at least, papered over the cracks just enough to make it worth putting up with. Patient and curious JRPG enthusiasts will find plenty to appreciate, if not necessarily love, if they try for a quick stay in Mobius.