The Age of Decadence has been in development for quite some time. Hell, I listed it in my indies game list from 2013! Since then, I’ve been remembering that it exists every once and a while, only to find out it was still in development. Until now!

The reason I’ve always been excited for The Age of Decadence was because of the wide breadth of options it wanted to present to the player. Now, we’ve all heard that story before, but this is a game that actually delivers on that promise. It’s an appropriately difficult RPG that never wastes the player’s invested time, and I appreciate that. 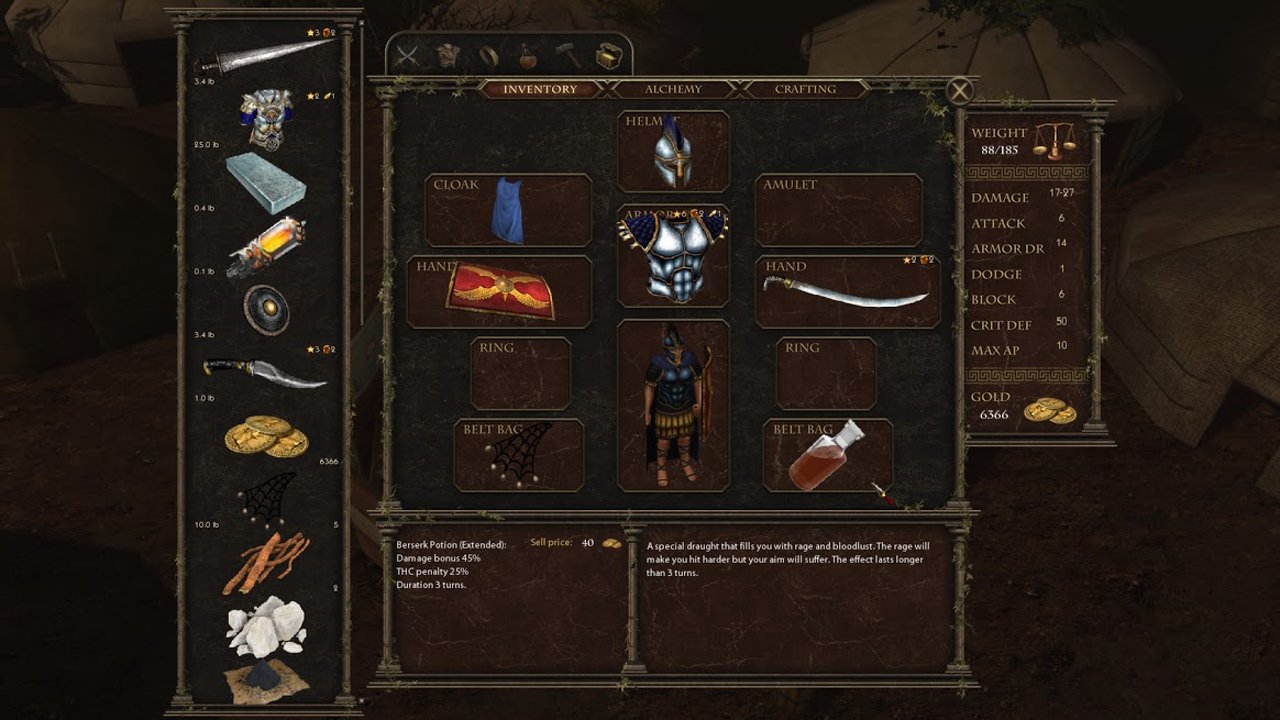 The plot of Age of Decadence largely depends on decisions the player makes. While this is par for the course for many RPGs, I want to stress how committed the developers are to this concept. There are decisions within the first half hour of the game that can completely remove characters and their quest lines from the game. In fact, I took one of the first situations pretty lightheartedly, only to have my character’s mentor completely removed from the city. I quickly understood the tone set thereafter.

There is no shortage of heavy decisions, either. Many times RPGs will pester the player with small-time decisions before laying on an obvious game-changing decision. Age of Decadence throws game-changer after game-changer at the player, and forced me to pull back and contemplate my options many times. There is a lot of gray area in these decisions as well, which even makes going “cruel and evil” or “pure and good” somewhat difficult.

Instead of aligning between good and evil, players are more often forced to choose between the many “houses” and alliances already established within the world. Personally, I backstabbed just about anyone dumb enough to trust me, and switched alliances quite frequently. Other players may do the exact opposite and stay with one of the first leaders they come across. The game is truly what the players make of it.

Likewise, the gameplay can alter drastically based on decisions the player makes. For example, as I tend to do in RPGs, I made my character a wise-talking son-of-a-bitch. I talked my way out of every fight I came across. Well, okay, sometimes I said the wrong thing and ended up fighting, but after dying almost immediately every time, I simply loaded up the most recent autosave and tried again. Regardless, thanks to my persuasion, streetwise, charisma, impersonate, and lore skills all being high, I was able to smooth-talk and flirty-wink my way past any aggressors I came across.

Those who choose to go down a more combat-oriented route are in for an almost completely different game. Just as I melodiously coerced my foes to listen to my brilliance, players can brute force their way to the end. Combat works on a turn-based grid, similar to many strategy RPGs. A character’s stats and equipment are the deciding factors that go into miss percentage, movement turns, damage, criticals, and so on. In addition to weapon attacks, there are many status effects like bleeding or immobilized to spice things up mid-fight.

Combat can feel a bit clunky at times, which is largely a result of the whole game being a bit rough around the edges. The bottom line is that the combat works as it should, once the player understands how the numbers affect the outcome. Death is permanent, but the game does a great job of creating a ton of auto-saves to make sure the player never loses too much progress. When fighting, death may come quickly for those unprepared, and some of the death animations are pretty slick. Each situation even has a small death blurb for the player to read, and they are genuinely interesting, even knowing that it means the player’s character has been ruthlessly murdered in some way.

Combat scenarios are often extremely difficult. There are a lot of stats to spread out points between, and players who are going a more hybrid route may find themselves dead in a lot of scenarios. Players are first given an opportunity to escape an encounter through words, but if the various speaking skills don’t have enough stats in them, that will fail. Then, occasionally there’s another way out, like brewing a potion or crafting something. Again, if the player doesn’t excel at this, it will fail. Then, there’s combat. Occasionally players will have help in battles, but there still needs to be a solid base of skills and stats to succeed. For those planning on spreading out their statistical focus, I’d recommend looking at online guides to prevent future headaches.

While part of me loves that there are so many ways to customize a character, it can get very confusing and frustrating. I knew I wanted to specialize in speech, but there are a handful of areas that affect it. Persuasion, impression, streetwise, lore, and etiquette can all factor in to talking your way out of a situation, but not every skill is always useful. In some situations, persuasion and streetwise are necessary while in others, just etiquette will be enough. It’s impossible to know what is more important, so the only solution, to the player, is to spread them out evenly between them. 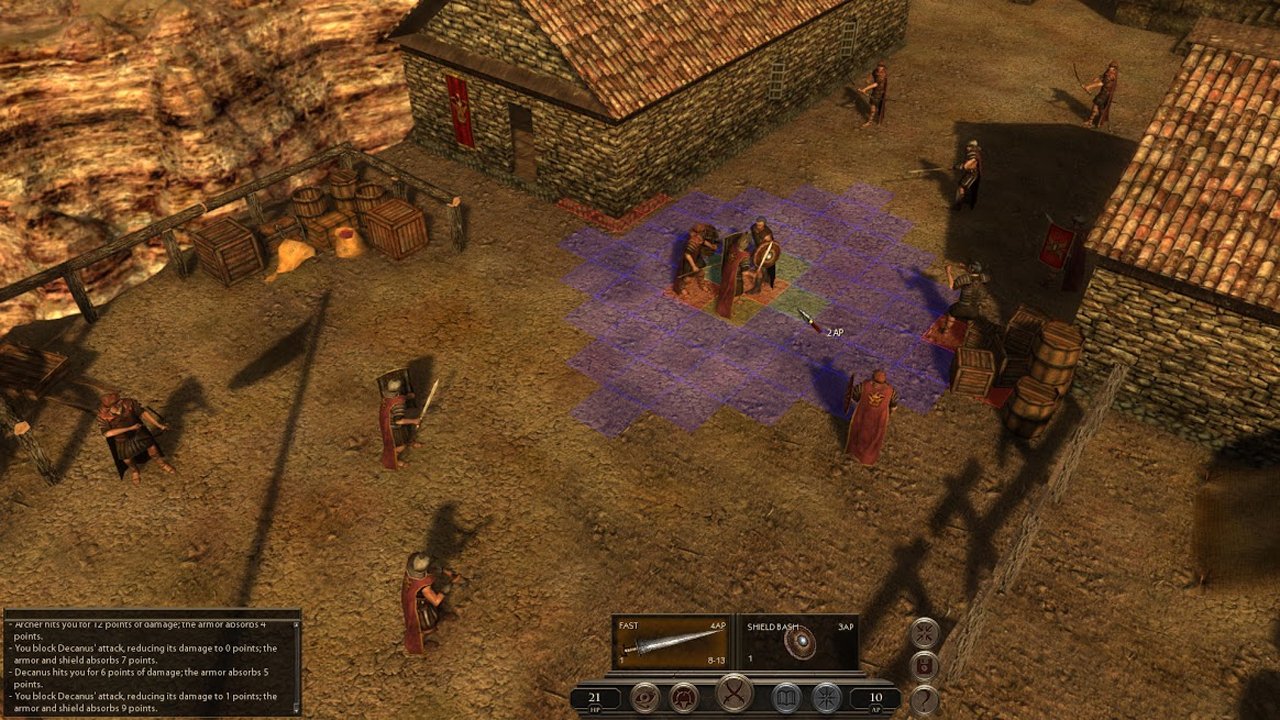 For anyone worried about the breadth of content: don’t be. Due to the choices the player must make, it’s impossible to see everything the game has to offer in a single playthrough. Just judging from the achievements available, I’ve only seen a portion of the content available within the game. Considering how different one playthrough can be from another, it doesn’t feel like a slog to go through the game a second time; yes, many of the big events share commonalities, but there are still huge branching paths available to the player all throughout.

The quest design is a lot stronger than typical RPGs. Every quest has some weight to it, even if its not immediately apparent. Exploring some cave could lead to the discovery of a device long since forgotten, or talking with an outpost leader could lead to your next big betrayal. It’s crucial to always read the well-written dialogue carefully! There are no quest markers, so if a quest says to talk to somebody, you better remember where they are! Players can fast travel from the very beginning, which took me a while to realize, so there’s little downtime in between objectives.

The graphic fidelity of Age of Decadence is, well, not great. Just as the gameplay hearkens back to the classic games of decades past, so do the visuals. The animations are hit-and-miss, as it’s not uncommon to see every single stationary townsfolk scratch their leg at the same exact time, but as I’ve mentioned, some of the death animations are extremely well done. The music, on the other hand, is wonderful. Appropriately supporting the fantasy setting and giving powerful moments that much more “oomph,” the soundtrack hits all the right notes. 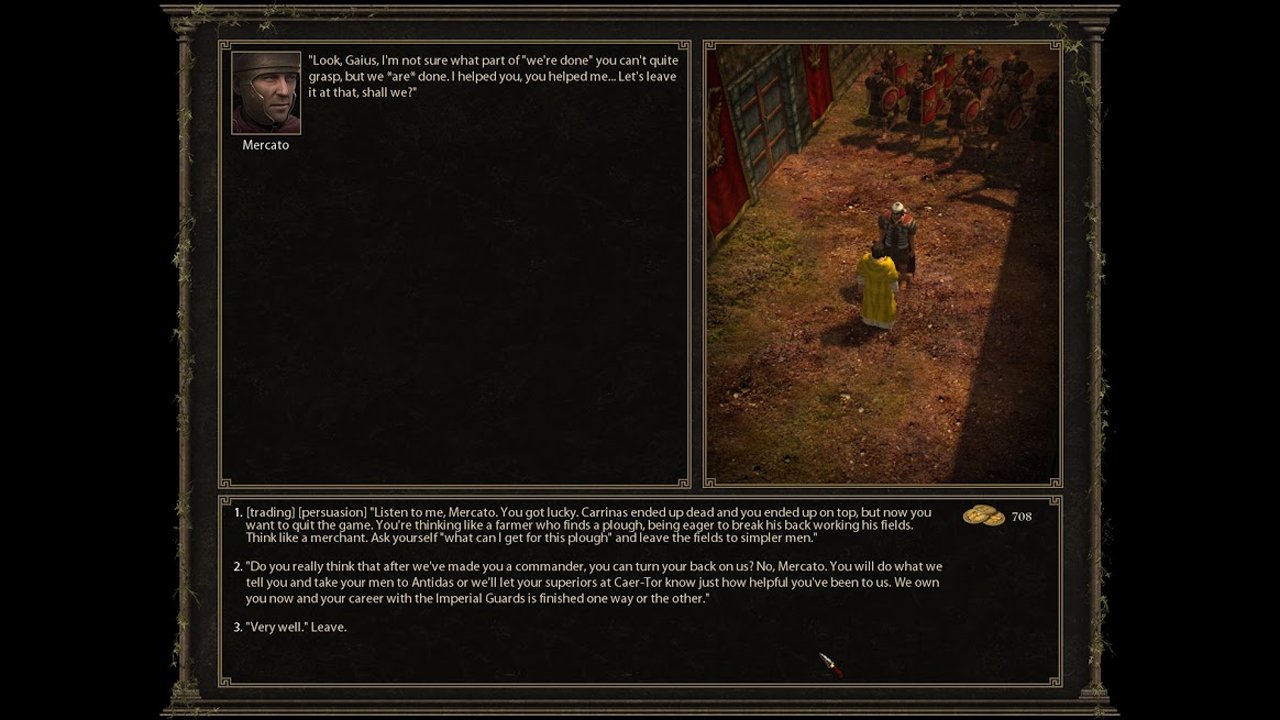 Age of Decadence is an RPG to its core. It offers the player a wealth of choices, many of them carrying lofty consequences along with them. The core design element of player choice transcends simple dialogue choices, as players can progress through the game in a variety of styles. Many games offer up the illusion of choice while failing to actually deliver, but Age of Decadence serves up difficult and tangible crossroads with no looking back.

It may have some rough spots, but it is one of the most well-designed RPGs I have had the pleasure of enjoying.