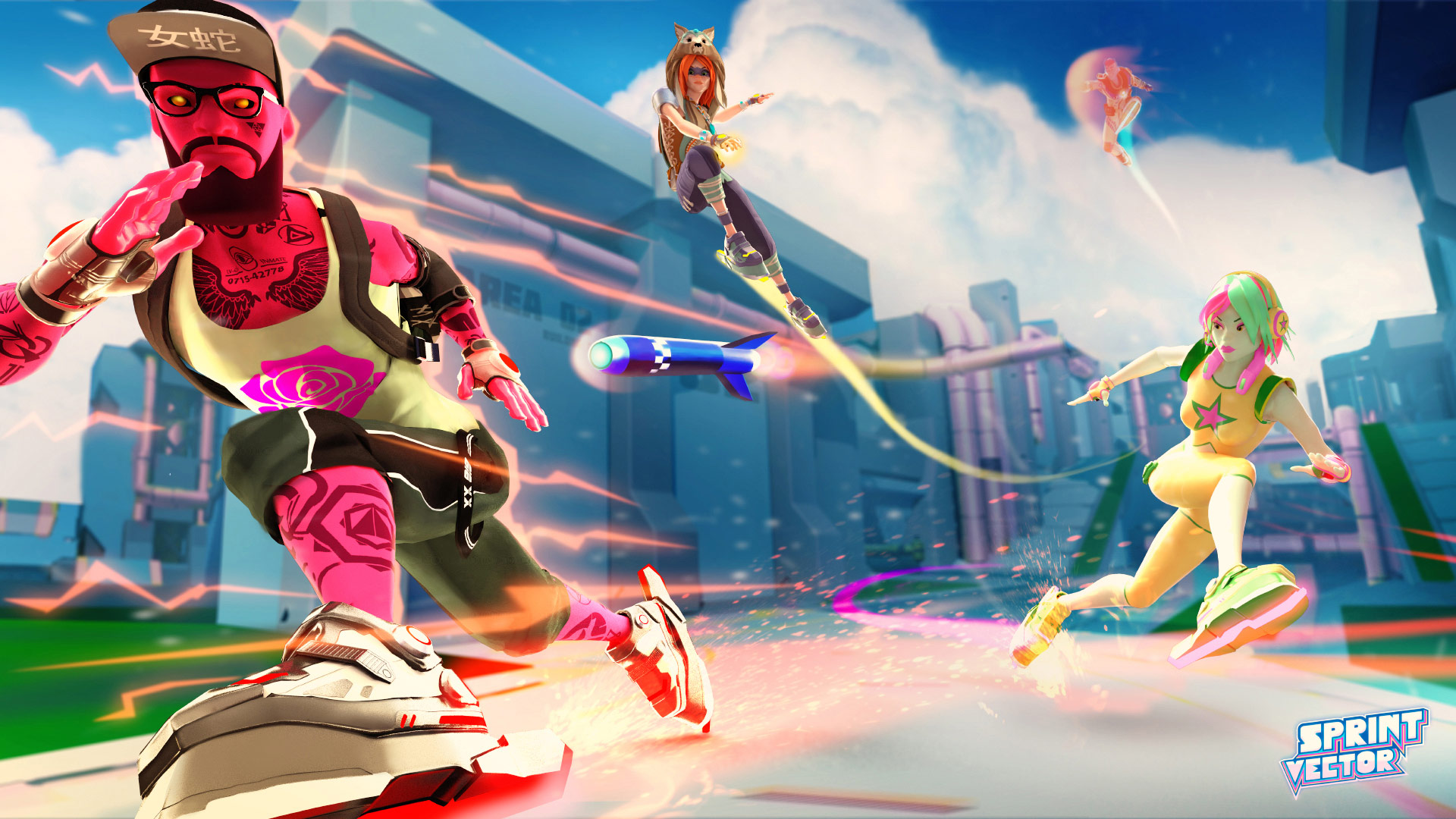 Sprint Vector is one of the fastest-paced VR experiences I’ve ever had. It’s a cross somewhere between a kart racer, the first-person sprinting of Mirror’s Edge, and the style of Jet Set Radio.

You can compete against AI or friends in an intergalactic racing game show where your prize is getting to live. As a heads up, this is probably one of the most physically involved VR games around, so be ready to break a sweat. 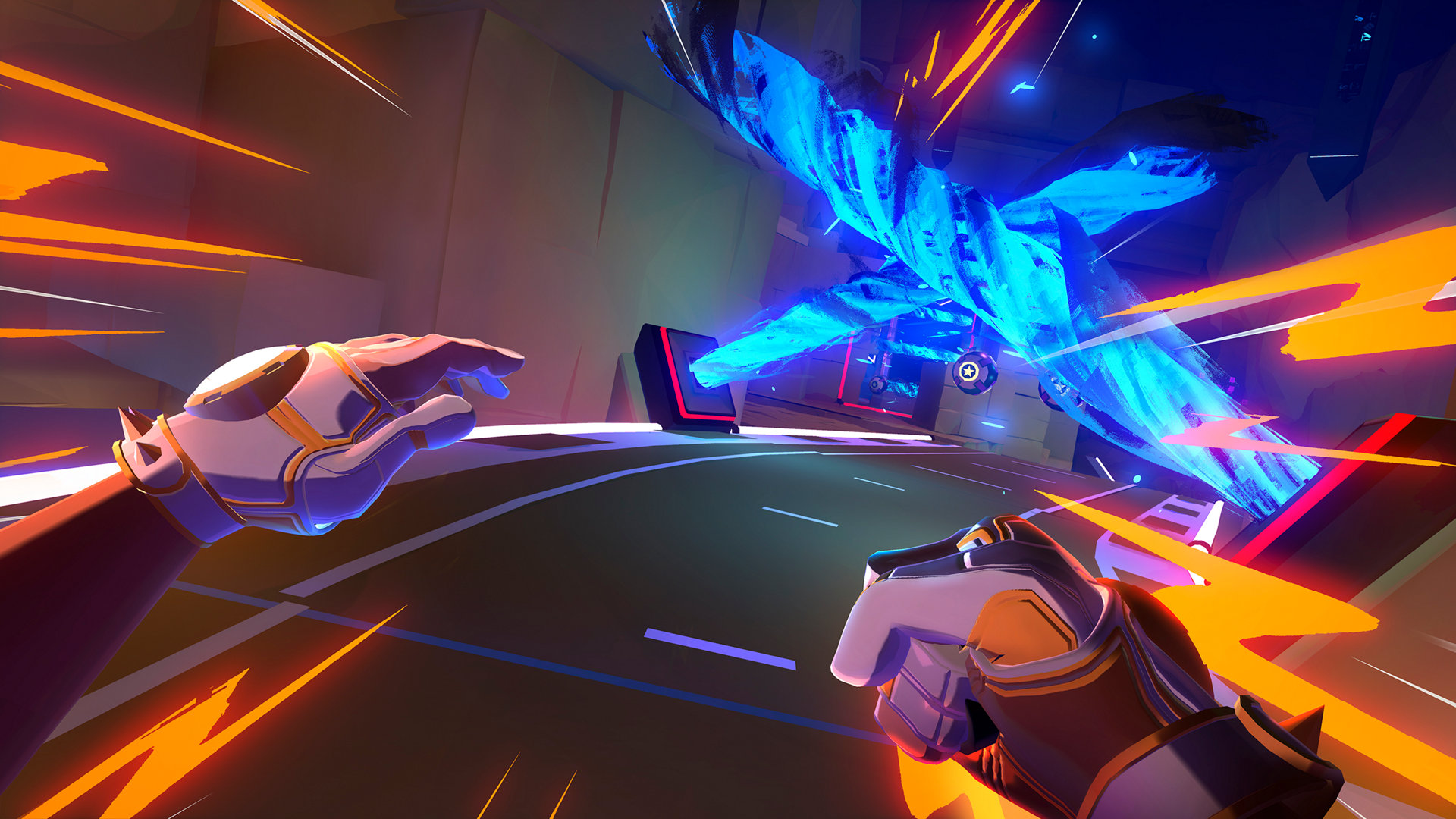 Sprint Vector‘s most interesting aspect is its unique solution for achieving fast, fluid motion in VR. Rather than sticking you with a normal DualShock or using some form of teleportation, you move your character by swinging your arms up and down to simulate running and releasing the trigger buttons at the base of your swing.

As you might imagine, this sort of movement requires quite a bit of room. If your VR area is a tight fit this game might be a little difficult for you to play. I had to push back my couch to get a solid field of play. On top of that, Sprint Vector claims it can be played from a seated position. This couldn’t be further from the truth. Perhaps if you were seated in an isolated armless chair you could pull it off, but it certainly wouldn’t be ideal.

Also, be wary of low ceilings. I punched my ceiling fan several times over the course of this review.

Sprint Vector is pretty light on story, but the characters and universe are colorful enough to pull you in. You find yourself competing for survival in an intergalactic racing competition and that’s about all you get. There are multiple characters to choose from, the only real difference being which three lines of dialogue you would like to hear a million times.

Sprint Vector is loaded with three modes, nine challenge maps, and twelve competitive maps that can be played against AI or online against real opponents. As you might have guessed, online play is the real heart of Sprint Vector. The AI isn’t particularly challenging. Once you know the best routes through each map and grow accustomed to the power-ups that suit your play style, you’ll be smoking opponents in no time.

Unfortunately, Sprint Vector suffers from the problem plaguing a whole lot of online VR titles. With only so many headsets in the wild, you’ll find yourself hard-pressed to find a match, and when you do, matchmaking isn’t exactly balanced. Nine times out of ten I get shut out in competitive play, but maybe I’m just awful. 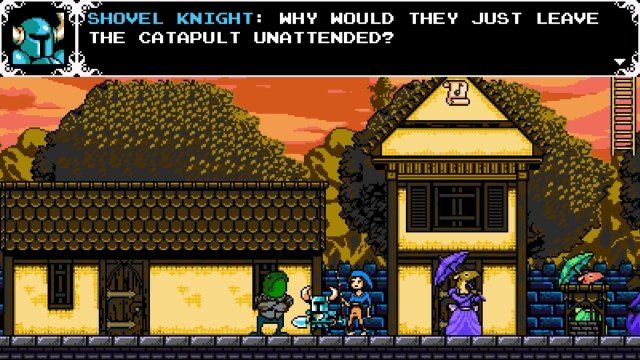 The lack of single-player content is really what brings Sprint Vector down in spots for me. The addition of Mario Kart-style cup races or a few more challenge maps would be welcome.

The thing that makes Sprint Vector fun is getting a grasp of achieving and maintaining insane momentum. You’ll glide down ramps, superman jump through the air, and even fling yourself up rock-climbing walls. Once you get the hang of things it feels pretty responsive and amazing — it even had me breaking into a heavy sweat after a few races.

Sprint Vector definitely does more right than it does wrong and its unique form of movement in VR is something I think we’ll see used by other developers going forward. It had me wanting a Mirror’s Edge VR, but I don’t see that happening anytime soon.