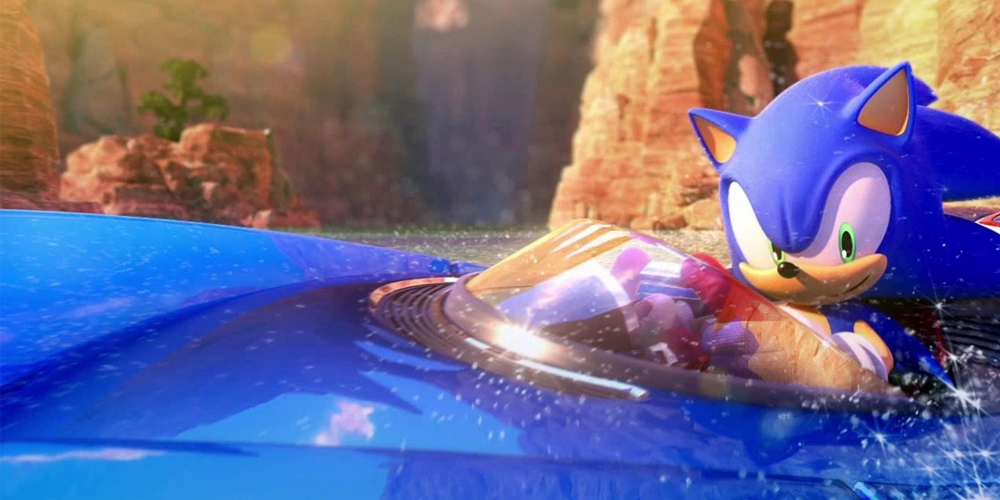 The first time I turned a sharp corner next to a goomba and tossed a red shell at King Koopa, I barely knew the world of Nintendo. Mario Kart was a great racing game for its time, providing one of the best arcade racing experiences you could get at home. Having the races and racers come from familiar Nintendo franchises was the cherry on top but not necessarily the main draw. The same can’t be said of the kart racers that would follow from Konami, Naughty Dog, and now Sega.

Sonic & Sega All-Stars Racing, released in 2010, threw together a wild cast of Sega characters that didn’t exactly fit well together — but that was kind of its charm. Its sequel, Sonic & All-Stars Racing Transformed, has an even more awkward title, but, as a game, it’s superior in every way. Sega has managed to drive away from Nintendo’s shadow to create a unique, thrilling arcade racer that doubles as excellent fan service. 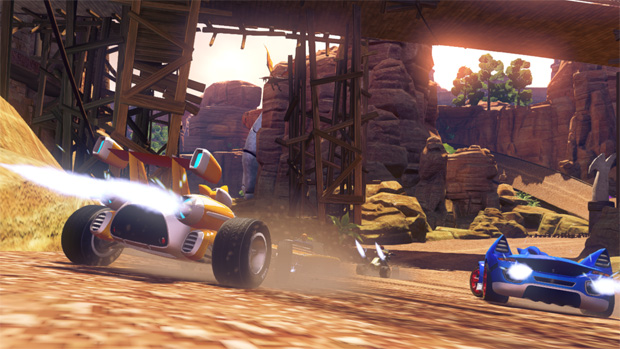 The nuances of driving rarely factor into casual Mario Kart matches, in my experience. The focus is always on picking up items and griefing friends. When someone who knows how to drift and perform tricks picks up the controller, the dynamic suddenly shifts and people get frustrated at this newly introduced Mario Kart scholar. In All-Stars Racing, the scales are shifted. Item pickups aren’t as devastating, but the ability to drift through long roadways and boost past opponents is paramount to winning. In this respect, All-Stars has more in common with Ridge Racer, Blur, and Split/Second than Mario Kart.

That’s the fun of All-Stars as it was in 2010, but things have changed in this iteration. Racers and the race track now transform throughout a race, thus the title. Cars become boats and planes as the terrain morphs more and more after each lap (a la Split/Second). Planes go faster and gain boosts from dodging incoming objects at the last second and by air drifting (is that even possible?) Boats are much slower than cars with difficult handling. Many maps feature routes for two types of transport, but you’ll need to become proficient at each by the time you reach Transformed’s last track set.

The original’s bare bones campaign that mirrored Mario Kart has been overhauled. Transformed offers one of the most robust, imaginative single-player racing experiences. There are so many variations of maps and modes that you won’t likely grow bored during your 12+ hour playthrough. I lost count of all the different modes in Transformed, but they can be divided into three categories: races, solo events, and missions.

Races are self-explanatory, with some modes putting an emphasis on item-picks (elimination) and others foregoing items (boost race). The races are exhilarating, demanding players to master sharp turns, item pick-ups, and stunts on the fly. I ignored tricks and drifting for my first couple hours with the game, but I soon learned how vital they are in battling Transformed’s vicious computer opponents. No rubber banding or cheap tricks here; the A.I. is just really good and believable. Each track offers numerous secrets, hidden routes, and coins that you can collect and spend on a slot machine that spits out power-ups between matches, both online and offline. 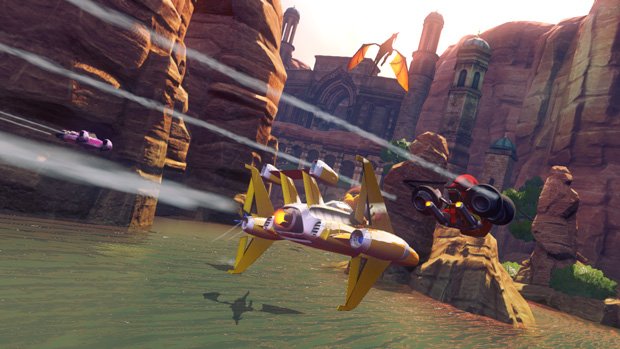 Solo events are hit and miss. Trying to beat a ghost’s time is boring, and the air events can become maddening with the wrong pilot, but the drift and boost challenges are great fun and help you learn the mechanics. My favorites are the missions types that put a creative spin on the game’s mechanics. Pursuit has you track down a tank and take it down with items, as it evolves and applies defensive techniques. Traffic Attack has you cross lines between cars for time extends, as you dodge incoming traffic. The single-player does a great job of throwing new modes on old tracks, keeping the game fresh until you reach the unforgiving final world that offers mirrored versions of the game’s 20+ tracks.

Transformed offers three difficulty settings for each track, with a fourth Expert option that unlocks after finishing the majority of the single-player. I struggled on normal but always wanted to do expert since a win earns four stars, as opposed to normal’s two stars. These stars are what you use to unlock new characters and mods. Each mod re-attributes a character’s stats, so you can fit him or her for the current challenge instead of swapping your favorite character out. Some mods are unlocked with stars on the world map, but others you have to earn for each character by leveling them up via xp earned after a race (regardless of winning or losing). 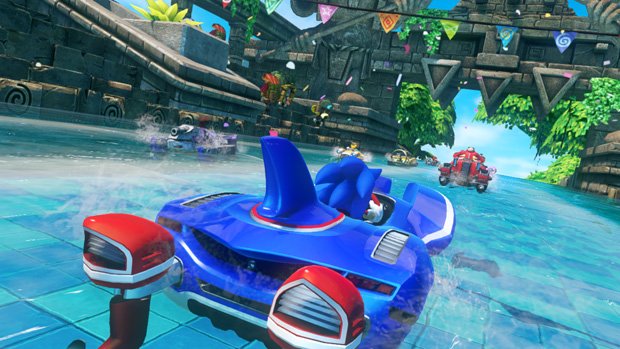 Sega has left almost no franchise out of Transformed. The game even has a Ristar cameo. You can even drive as a Dreamcast VMU card! In comparison to Transformed, PlayStation All-Stars looks like brash self-promotion that seems to care little about loyal fans’ nostalgia. Seeing bright, gorgeously designed Skies of Arcadia, Burning Rangers, and Panzer Dragoon tracks make me pine for HD sequels to these franchises. Playing Transformed can be bittersweet, but not because we are seeing Sega characters we love in a bad game. For once, that’s not the case.

Transformed’s online multiplayer is lean but functional. You can show off achievements with a sticker book and earn points for racing, but there isn’t much to do online than race. Nothing wrong with that when the racing is this fun.

Sonic & All-Stars Racing Transformed is the perfect arcade racer for those that feel left out by Forza and Need for Speed’s latest open-world, multiplayer focused outings. Sega has cherry-picked the best elements of kart racers and applied it to the best arcade racing games to create a sleeper hit that’s great fan service and great fun.