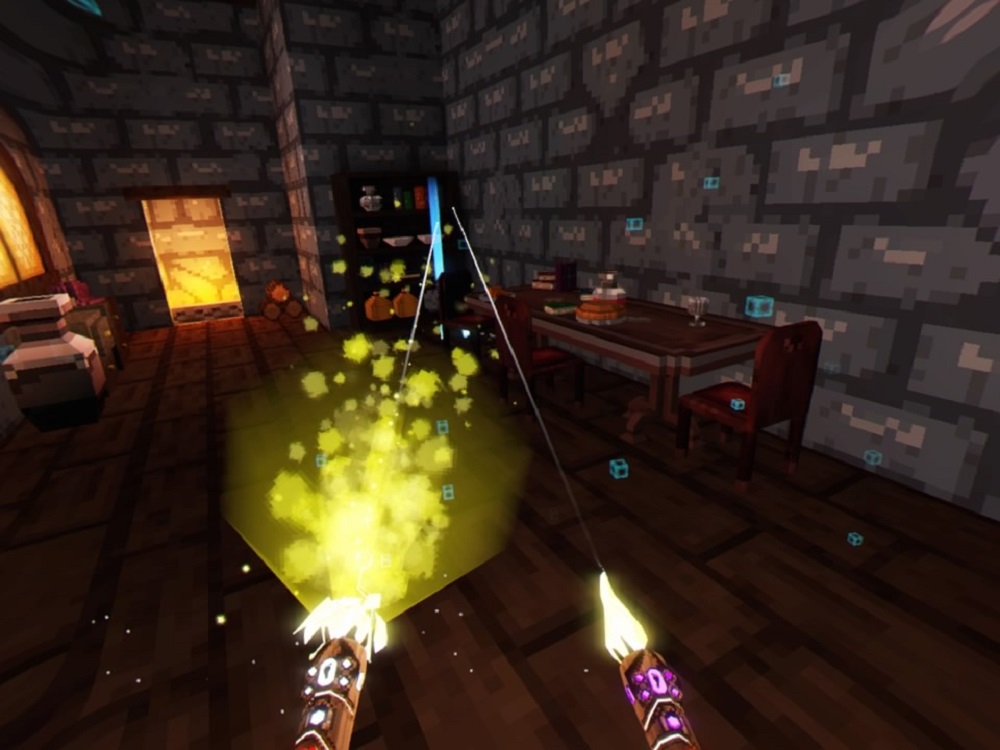 You hear stories all the time of people getting motion sickness from playing VR games. It sucks. Hell, in reviewing this game I let all of my roommates try out virtual reality for the first time and, out of the four of us, one actually got really woozy. I don’t know if one out of four is an accurate statistic or not, but it’s pretty striking nonetheless.

Luckily, VR does not make me sick. What does make me sick is when a VR game’s potential is squandered by a lack of ingenuity. Virtual reality is really cool and can provide some uniquely interactive experiences, but when it isn’t utilised beyond just a cool premise, it quickly loses its luster. 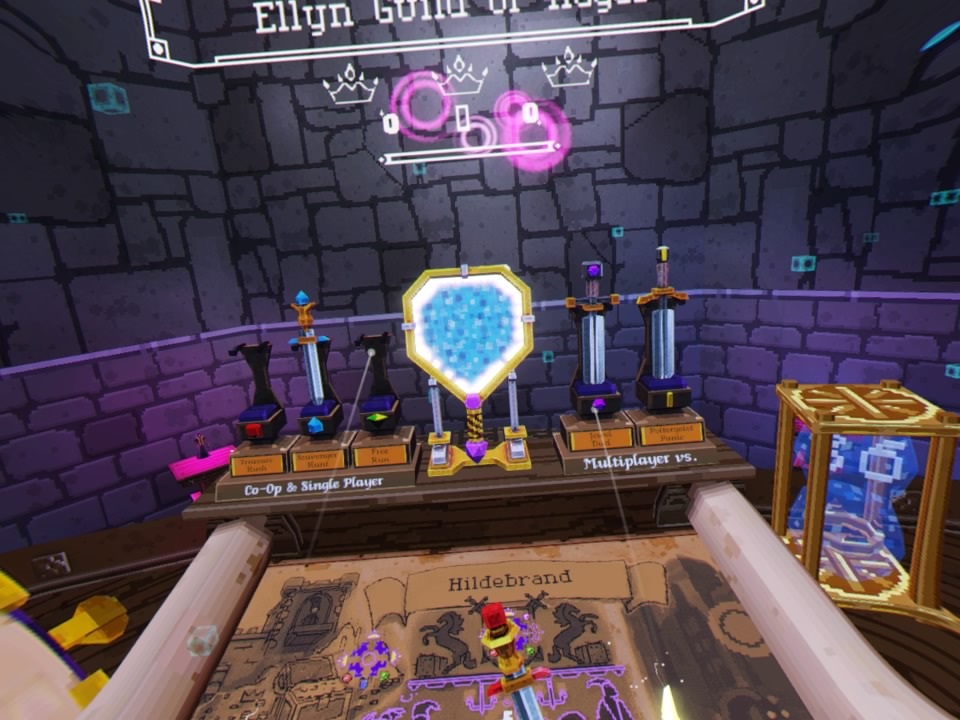 In Smash Hit Plunder, you play as a caretaker of an ancestral manor that has been overtaken by greedy ghosts. You must go through each level and collect enough loot to pay off the salacious spectres and free the castle of their influence. Said loot, invariably, is located within the random objects found throughout the abode. The best way to reveal it? Smash the shit out of everything. Using either the DualShock 4 or the PS Move wands (which are definitely the best method to play this game) you’ll pick everything up, shake it, toss it, smash it and plunder the riches within. The name truly describes the gameplay to a tee.

Which is kind of the problem. The bulk of the game’s action is wandering through the largely lifeless mansion, grabbing things, and slamming them down to gather loot. Each level has a loot goal which will net you either one, two, or three crowns, which are then used to unlock more levels. Honestly it’s really fun for the first couple of levels to just pick shit up and throw it around like a petulant child who was just denied a candy bar by their vile step dad Terry. After that initial burst of fun, it just becomes aimlessly wandering around, smashing to earn cash like The Incredible Hulk behind on his college loan.

There are additional game modes to try to add some varied gameplay. “Scavenger Hunt”, for instance, sees you wandering around the levels attempting to pick up specific items, which are presented randomly each time you play. The main problem here is that their locations are constant; after a few rounds in each level, you’ll know exactly where to find these objects. The dagger will always be in the drawer, there will always be a million books on the shelf, that one specific stupid painting will always be above the bed. You get the gist. Since this mode discourages smashing (as you may break items you might need at some point later) the problem of wandering around huge levels aimlessly is exacerbated. You’re just going from one point to another until time runs out, hoping to collect enough points to not have to do it again.

Once you collect 50 crowns (or beat the story, not sure which because I did both at the same time) you’ll also unlock Free Run, where you can just run around each level smashing things with no goal or time impetus. I played the very first level in this mode and spent about fifteen minutes putting everything into the fire. Since there’s really not much else to do in this mode, apart from learn the levels and burn things, I don’t have a ton else to say about it. All three single player modes can be played in co-op, though. Other players can help out by smashing and looting in an isometric view on the TV. It’s there, if nothing else. 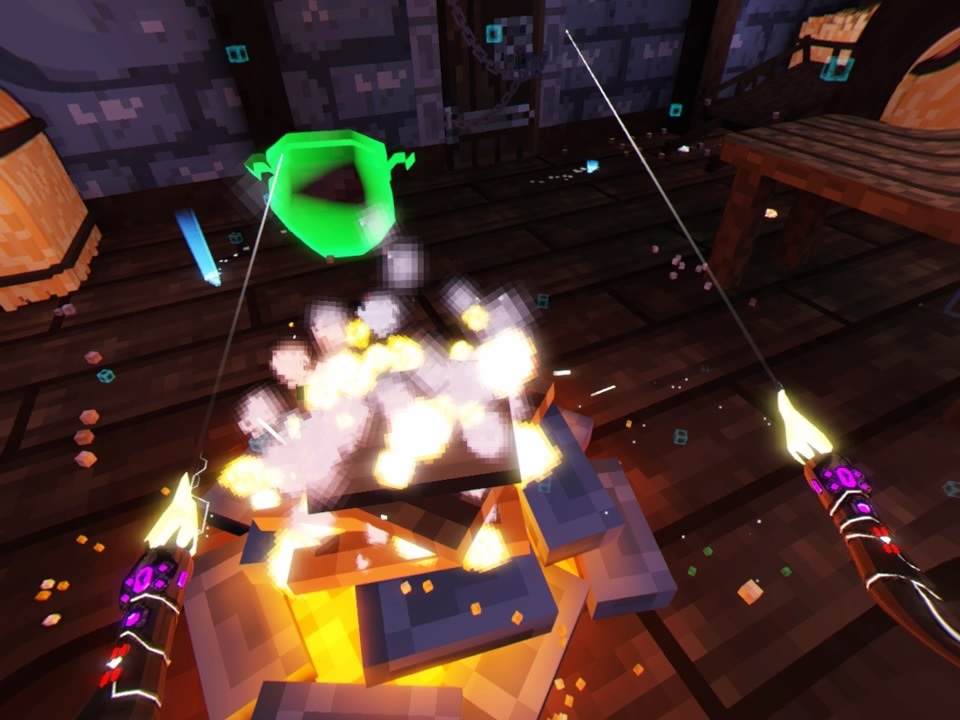 In addition to the game modes listed above there are two versus modes. “Jewel Duel” pits players against one another to try to collect a jewelry… orb?… hidden in each room. Since the non-VR players play as little goblins with limited function, this mode is pretty much a guaranteed win for the headset wearer. You can literally just grab the orb right out from the hands of the other players and there’s pretty much nothing they can do about it. They can throw something at you to knock it out of your hand, but you can instantly just grab it out of the air. Very odd design choice, here.

“Poltergeist Panic” puts the headset player in charge of freeing some ghosts. The other players can’t see you unless you pick something up, or they use a weird spell that’s available in every single game mode, but only has any actual function here. Uh, I’m not sure how the other players are supposed to stop you from freeing the ghosts, as all you have to do is collect jewels and they’re free. Again, the design is odd.

Apart from the somewhat disappointing nature of the game, there are a bunch of mechanics and design choices that really make the game drag on. After you clear each level, you’re taken back to the hub world where you have to sit and watch all the jewels and gold you’ve collected fly out of the map and into a piggy bank. If you did particularly well, it takes even longer. I’ve sat upwards of twenty seconds just watching gold fly out of a map, which doesn’t sound all that long but it definitely adds up. Also, in Scavenger Hunt mode, the game doesn’t tell you on-screen what you have to collect — you have to pause the game to see the next objective. Putting the item in the HUD would have been an easy fix, but as it stands you spend the whole level constantly pausing the game. It’s frustrating and annoying, which are two words you never want to be associated with your game. 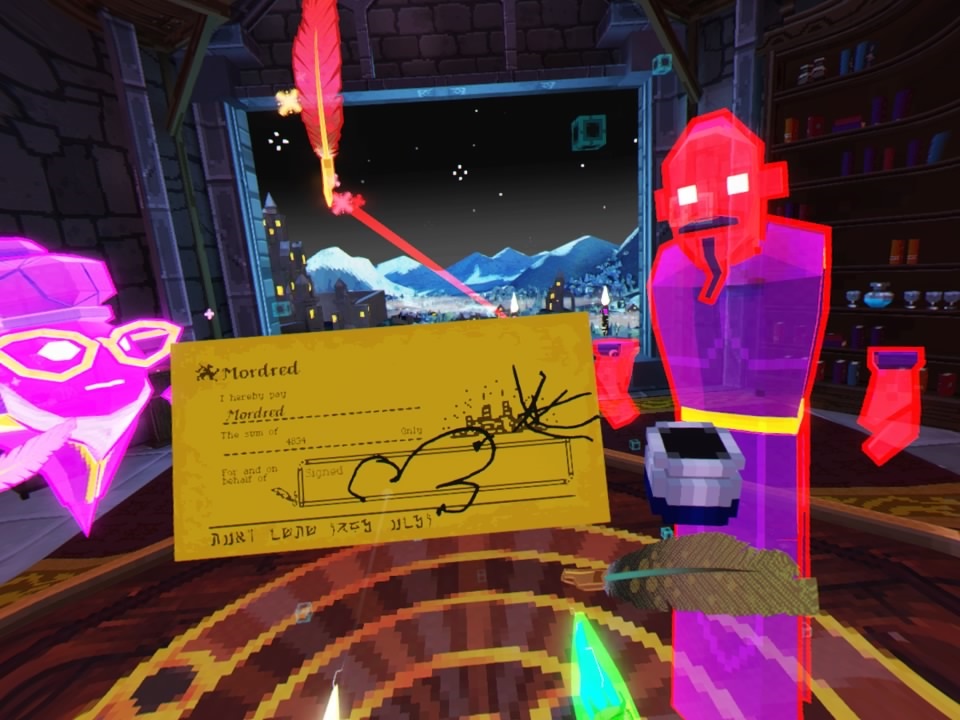 If it sounds like I’m being negative on the game, it’s because I’m largely just disappointed. The game is actually pretty fun in small doses, and even partially cathartic at times. Crank up some Limp Bizkit and break stuff to “Break Stuff,” and you’ve got some pretty fun stress relief. But any more than a few levels at a time and the game really starts to wear thin on its rather shallow gameplay hook.

Despite its inherent flaws and strange design choices, it’s not by any means a bad game. It’s just really not a very good one, either. You can have some fun with it, and it might even be a good way to introduce new people to VR. But at the end of the day Smash Hit Plunder feels more like a tech demo stretched out into a full game, without adding anything in to justify that decision. And that makes me more ill than any motion sickness ever could.