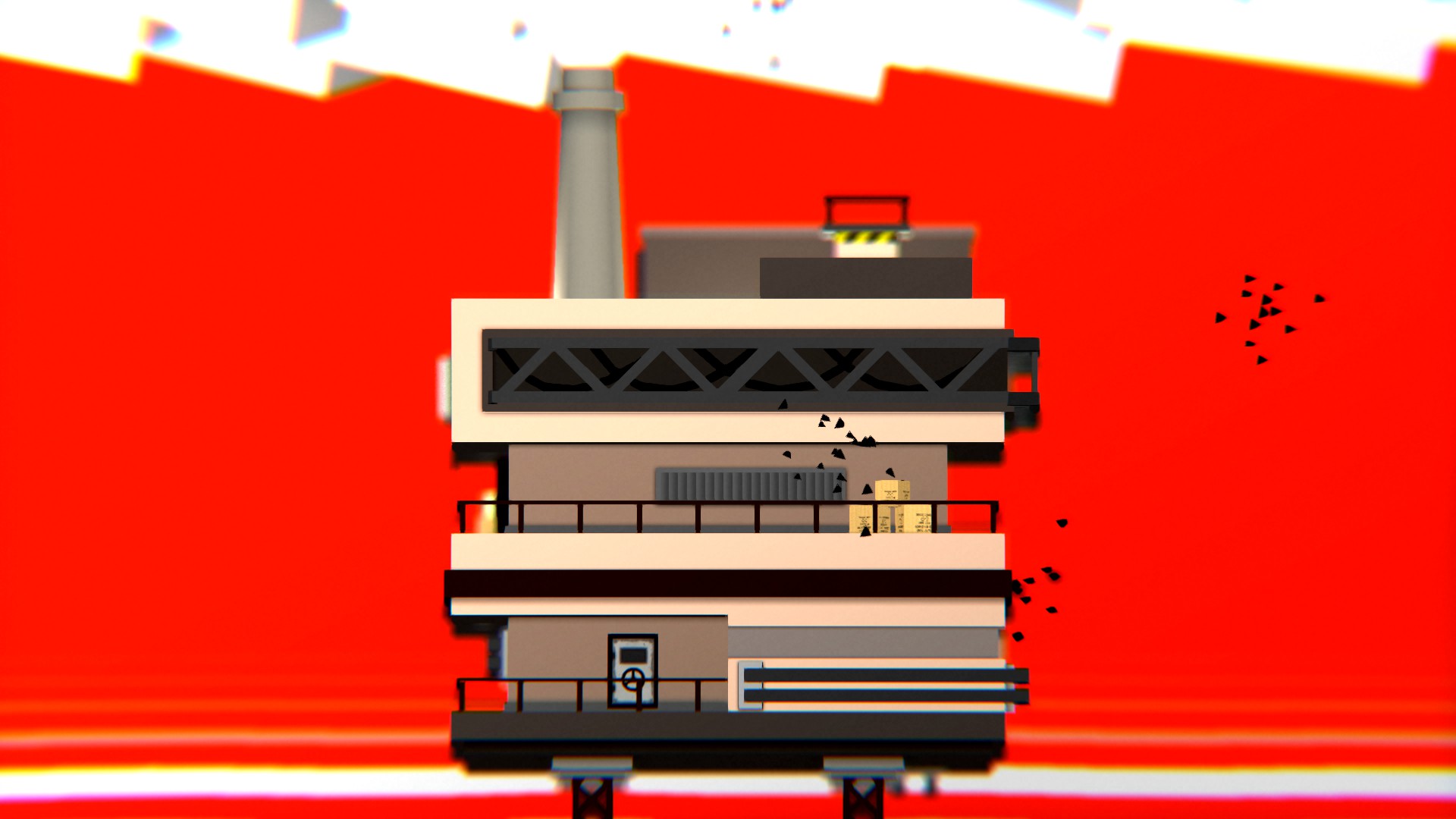 I can’t help but think that living in a world where entertainment is readily available without the tether of actual physical media has made analog devices retroactively desirable once again. There’s something powerful about the physicality of technology that time has rendered useless. The soulful grooves of a forgotten LP carry more weight when compared to the ever-present, always online streaming culture of contemporary music. A mixtape, with its unspoken rules and imperfect recordings, is a testament to wistful longing and teenage courtship.

Games, too, have a relationship with both the analog and the digital. From hulking computers powering archaic games to unassuming cartridges and cloud-based servers, the way we experience video games has changed drastically over the years. 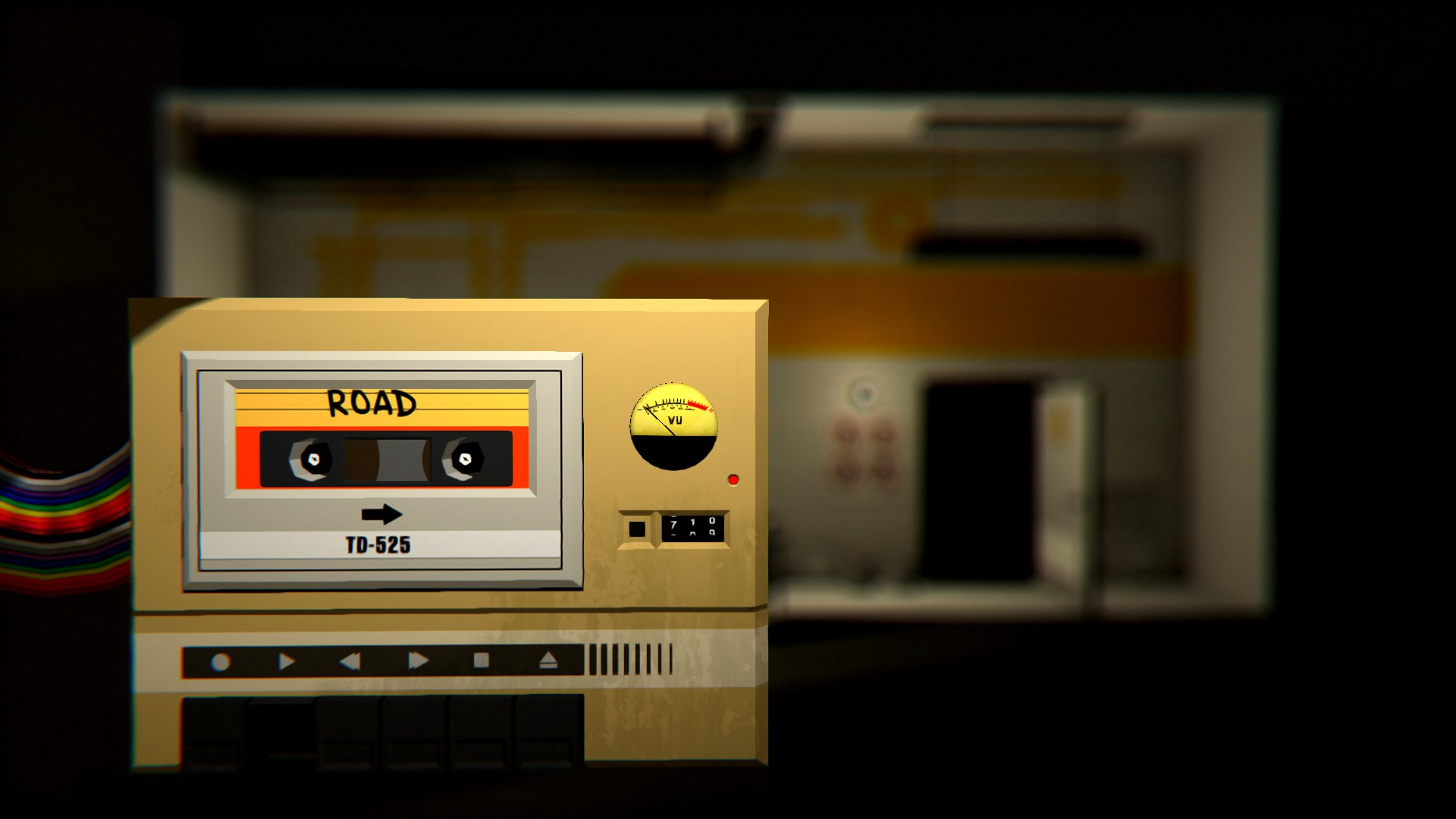 Maybe this shift has a lot to do with why there’s been a retro, analog aesthetic push back in recent games. As our ties to technology becomes more entangled — despite our near-cordless world! — developers have turned to the past for inspiration. Small Radios Big Televisions follows in this anachronistic tradition by giving players a chance to explore abandoned worlds through analog cassettes that have been left behind. In the game, you spend a lot of time traversing the decaying hallways of forgotten factories. Each one you enter is enchanting in the way that only old structures can be. They resemble dioramas, a collection of twisting corridors viewed from the side, full of drab gray doors and rickety gears.

Though the factories have an aesthetic allure, they are hardly the focus of Small Radios Big Televisions. It’s the cassettes that really matter. Every building holds a handful of the clunky tapes that can be loaded into a cassette player.

The cassettes look plain enough. Each one is adorned with a single word like “ROAD” and “TUNDRA” to indicate its content. But despite their inconspicuous appearance, loading and playing any given tape transports you into a virtual world. 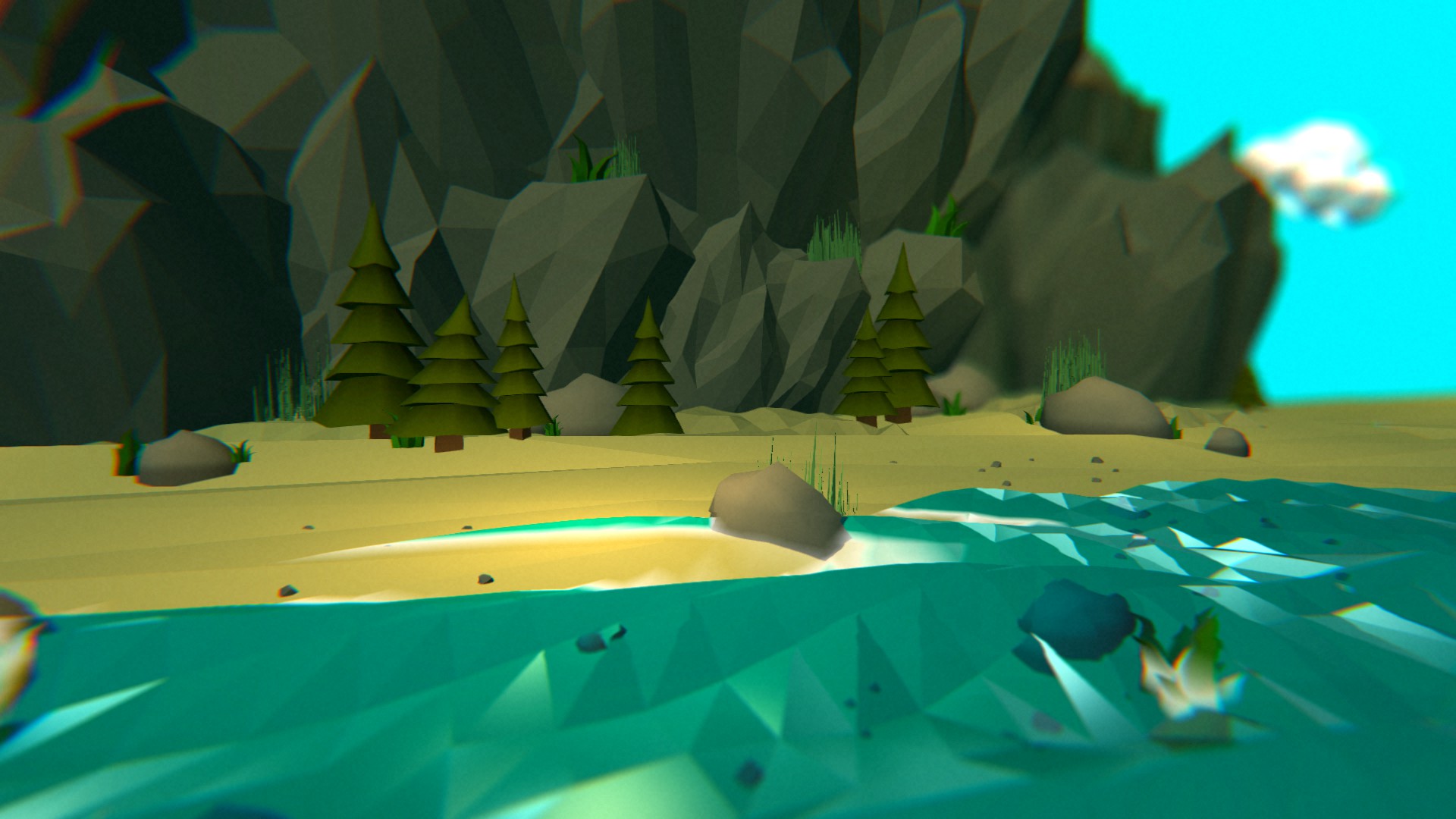 The process is magical. The different worlds found on each cassette come rolling into existence with a glitchy shake and lo-fi graphical change. Small Radios Big Television‘s hidden lands stand in stark contrast to the uniform colors and drab offices of the factories that they are found in.

With the world-jumping ability granted by finding a new tape, Small Radios Big Televisions becomes a game of divergent, haunting realities. In the factories, players are concerned with solving puzzles — often related to the dormant machinery in each building — and unlocking doors. In the cassette world, it’s all about soaking in the scenery and bringing tokens that are tucked in the landscape back. The tokens function as keys, effectively allowing players to progress in one world by existing — even momentarily — in another.

Just tracking down cassettes and pushing forward isn’t all that there is to the game though. Each factory houses a wall-mounted magnetic strip. With a single click, every tape that you have uncovered can be stuck to the magnet and warped. This process changes the tapes from scenes of resplendent, natural beauty into twisted visions of their former selves. 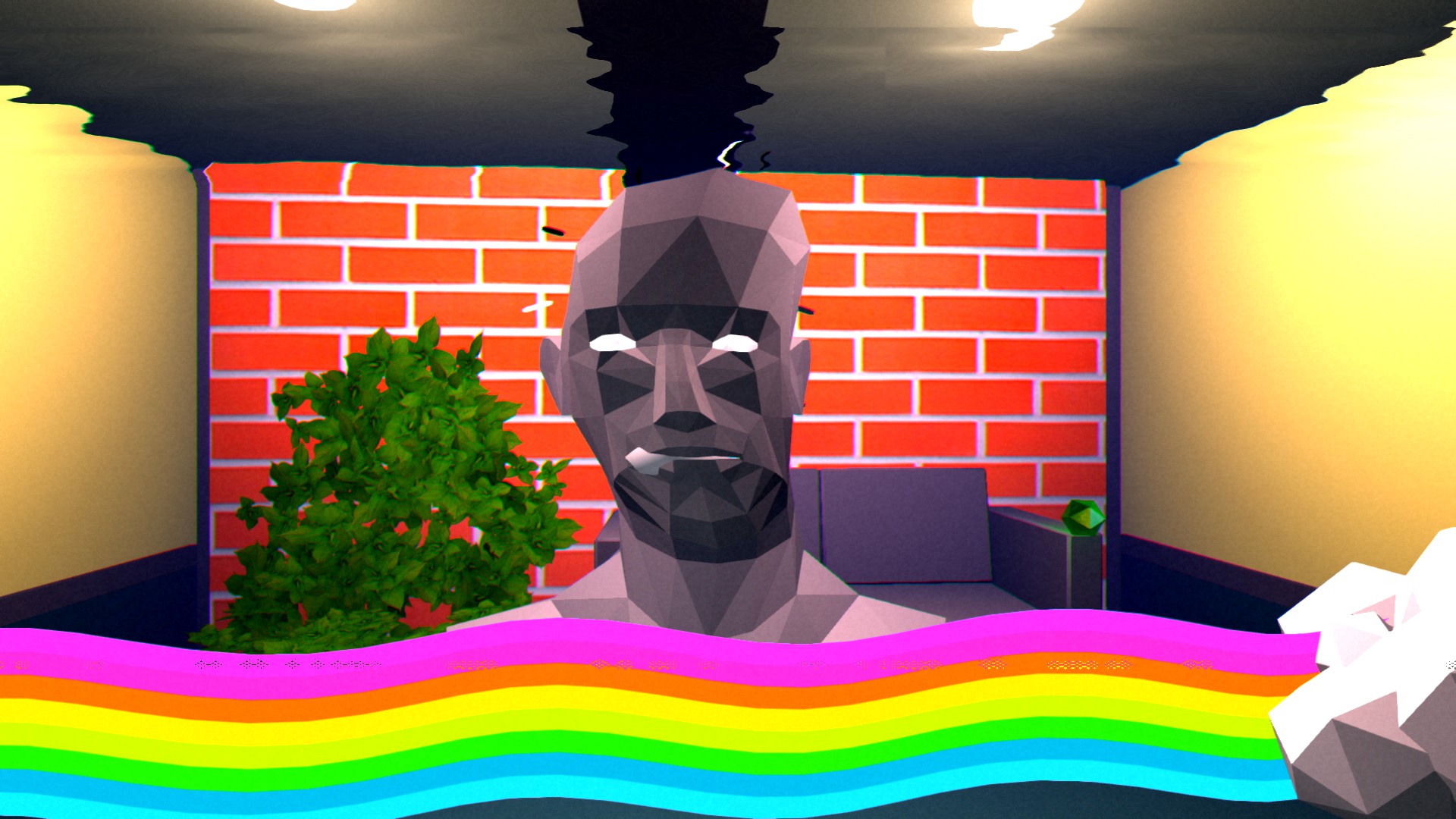 The landscape changes. Trees wilt and oceans part. Mountains seem to unfold. The corrupted tapes are discordant versions of the scenes they originally held. But they are still beautiful in their own right. Small Radios Big Televisions excels at finding the beauty in all things. Unattended factories, virtual shorelines, and deconstructed realities all demand your attention and beg to be explored.

By jumping between tapes and corridors, Small Radios Big Televisions manages to find a relaxing pace. There is no threat looming overhead to push the action forward. Instead, the allure of mystery — of what strange virtual worlds might come next — serves as both a compelling argument to keep progressing and a reward for solving whatever puzzles might stand in the way.

Small Radios Big Televisions doesn’t require much from players other than a willingness to explore the buildings and technology that others have left behind. It can be finished in a single sitting (it took me just shy of two hours) and the puzzles never require much effort. These are not complaints, so much as they admissions. The one-man development team, Fire Face, has crafted a game where everything feels intentional. 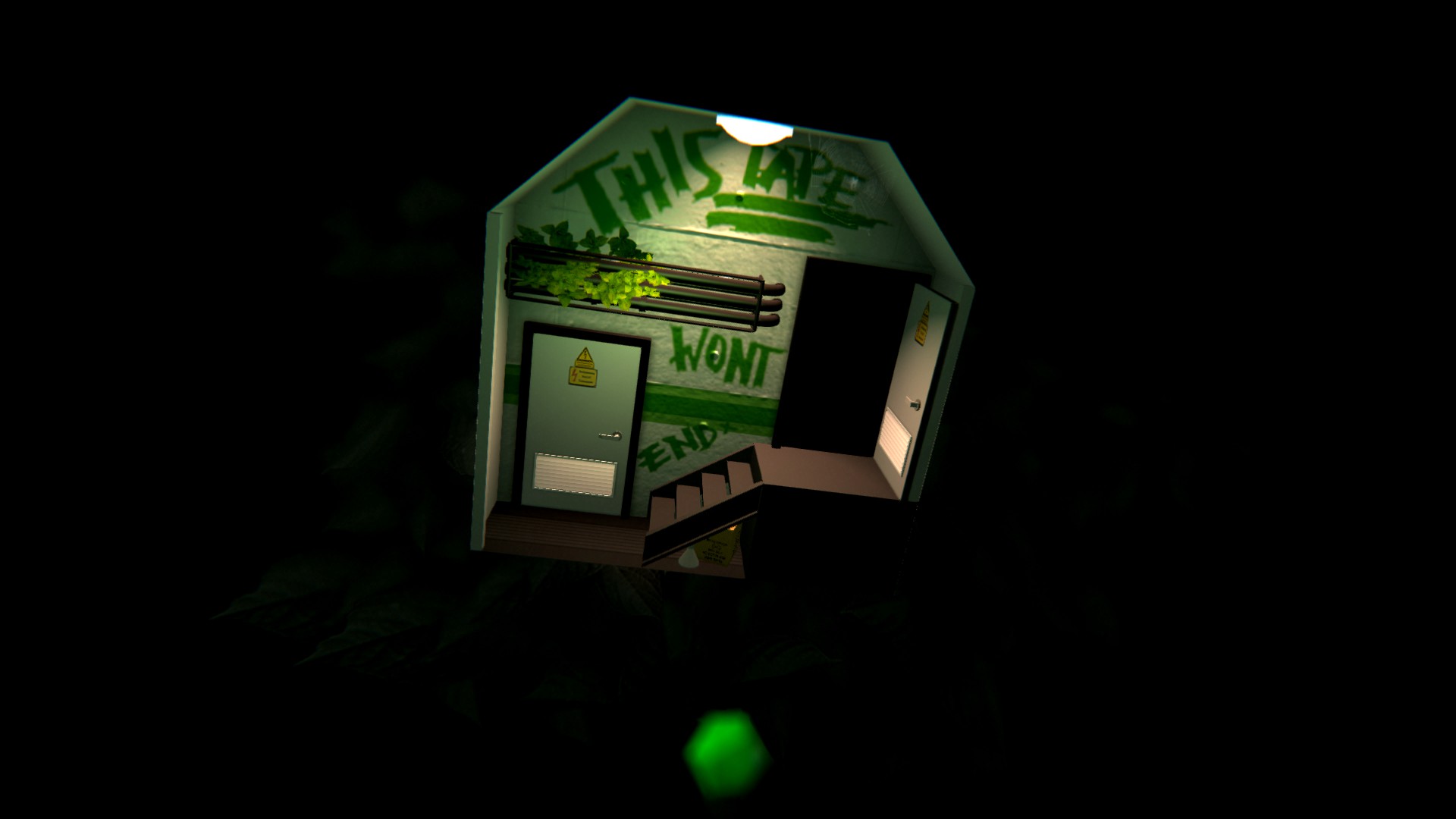 The same can be said for Small Radios Big Televisions‘ slow narrative drip. After completing each factory and securing a glass lens, a short dialogue sequence plays over a bulky radio. The conversation, between two unidentified men, teases the cassette’s origins as a means of recreation and hints at their importance to users when reality — the world of factories — began to crumble. Story-wise, there isn’t much more to go off of, but the little bit that’s there fits in line with our own intimate relationship with entertainment and technology.

Despite its brisk pace and sparse storytelling, Small Radios Big Televisions manages to feel like a complete handcrafted package. The game shines when you’re weaving between corridors and virtual worlds hunting for keys to a mystery among forgotten places and glitchy spaces. Like any great mixtape, Small Radios is packed with moments worth remembering, even if feels like it should be just one song longer.