A tense but sparse game

“Man is the most deadly of prey” — whoever said that probably never thought they’d be chased around the desolate British countryside with robotic dogs snapping at their heels.

Sir, You Are Being Hunted is the debut game from Big Robot Ltd., which initially saw a release on Steam’s Early Access program in August 2013 and after a steady stream of updates, has finally hit a full release as Version 1.0.

The team is headed up by Jim Rossignol, formerly a writer for both PC Gamer and Rock, Paper, Shotgun. While at both outlets, he wrote many articles proclaiming his admiration for the S.T.A.L.K.E.R. series and there are plenty of similarities to be found in Sir, You Are Being Hunted. Both games have you traversing bleak landscapes in search of scattered items, all the while avoiding powerful enemies. 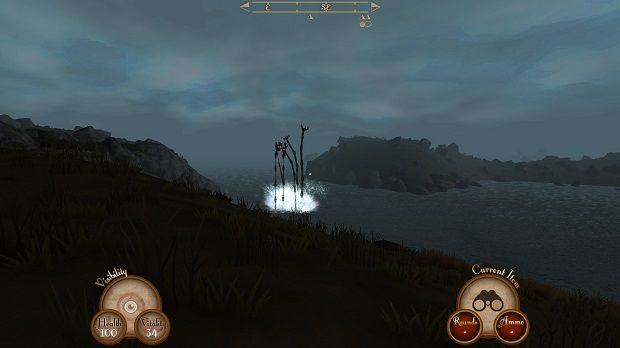 Yes, there’s a procedurally-generated landscape for you to explore making each game unique but there’s a clear goal in the game: you’ve to retrieve various scattered fragments of a machine spread over five islands and bring them back to a stone circle on the center island.

Each island is a randomly-generated landscape but you select a theme for them individually — like Mountain, Castle, or Industrial. It helps making each island visually unique as it can become tricky later on in the game remembering which areas you’ve visited.

Actually finding scattered fragments is tricky; despite a white plume of smoke emanating from them, they’ll be spread over a wide area and if the weather is overcast or foggy, then you’re going to be searching for a long time.

A compass point at the top of the screen will show you where the stone circle is located, along with boats which act as save points as well as transport to the other islands. The fragments themselves aren’t marked so you’ve got to start surveying the landscape as best you can while avoiding detection and keeping yourself well fed.

What’s also interesting is the game gives you a range of starting classes. Although there’s no mechanical differences between them, each has a unique set of starting items. The Aristocrat (the default option), Officer, and Gamekeeper have a lot of immediately useful items, like bandages, traps and weapons. The Cook, Inventor, the Old Soak, and Artist are more orientated towards either food or esoteric items.

In truth, you could pick any class you wanted because you’ll have to scavenge and forage as soon as possible. Your vitality is always dropping and in order to keep it up, you’ll need to eat or drink what you can find in various buildings across all the islands. Whether it’s some dubious eggs, marmalade, or some nourishing stout ale, keeping your vitality will allow your health to regenerate; if it drops too low then you’re going to die quickly in a skirmish. 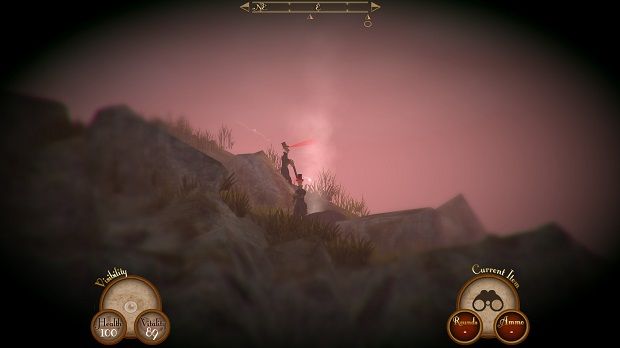 However, Sir, You Are Being Hunted reveals itself to be a mixed bag when it comes to the actual business of being hunted. Often times you’ll see a small posse of hunters stroll past not too far from you without worry; others, you’ll see a pair simply loitering around some buildings. While initially worrying, you’ll soon learn to simply stick to some long grass and avoid them.

What’s more inconvenient are times where you find hunters sticking really close to a fragment that you’ve spotted from a distance. It’s possible to distract them with a flying bottle, but it’s frustrating when the fragment is located on an open patch of ground which means you’ll be spotted anyway. It feels less like Sir, You Are Being Hunted and more like Sir, You Are Camping.

Even more annoying is when the landscape works against you and puts a fragment in a really hard-to-reach spot; I found out one of the last fragments I was searching for was on top of a rocky outcrop by the shore. It was inaccessible on all sides, there were two robots patrolling the area, and a big tentacle monster killed me after I spent too much time in the water. Rare as this may be, these situations essentially halt all progress you’ve made and require a total restart.

The latest Version 1.1 patch has added the ability to customize both the biomes and also the amount of enemies present in your archipelago. If you’re having real difficulty with the robotic enemies you can tweak their values so that you can reduce the amount you’ll face and limit the harder ones too. Vice versa, you can tweak the variables for a harder experience but the defaults are fine, at least for your first few playthroughs.

The Custom Biome options can generate some impressive and unique landscapes but do come with a warning that it may make your game impossible to complete; as I stated above, that’s already a potential but rare problem and again, it’s best sticking with the defaults at the start.

When it does all come together, Sir, You Are Being Hunted delivers a tense atmosphere that’s unlike anything else. When you get close to any robotic hunter, you’ll hear gentle music cues that really make you feel the pressure; even just the quirky robotic warbling you hear emanating from your hunters is nerve-racking.

As you collect fragments, you’ll start to see enemies like the Landowner on the horizon and feel the urgency rise. Finding those fragments as fast as possible suddenly becomes the most important thing you can do. Unlike many games, even though you can pick up lots of items and weapons, you never feel truly empowered and the enemies are never a push over. A pair of basic hunters can still pick you off without too much trouble and believe me, they will.

With too many enemies present, Sir, You Are Being Hunted would simply be an open-world shooter, but with too few, it would be boring. While many might find its empty spaces dull, they always carry with them a hidden threat that a pipe-smoking robot has you in its crosshairs with its steely finger on the trigger.