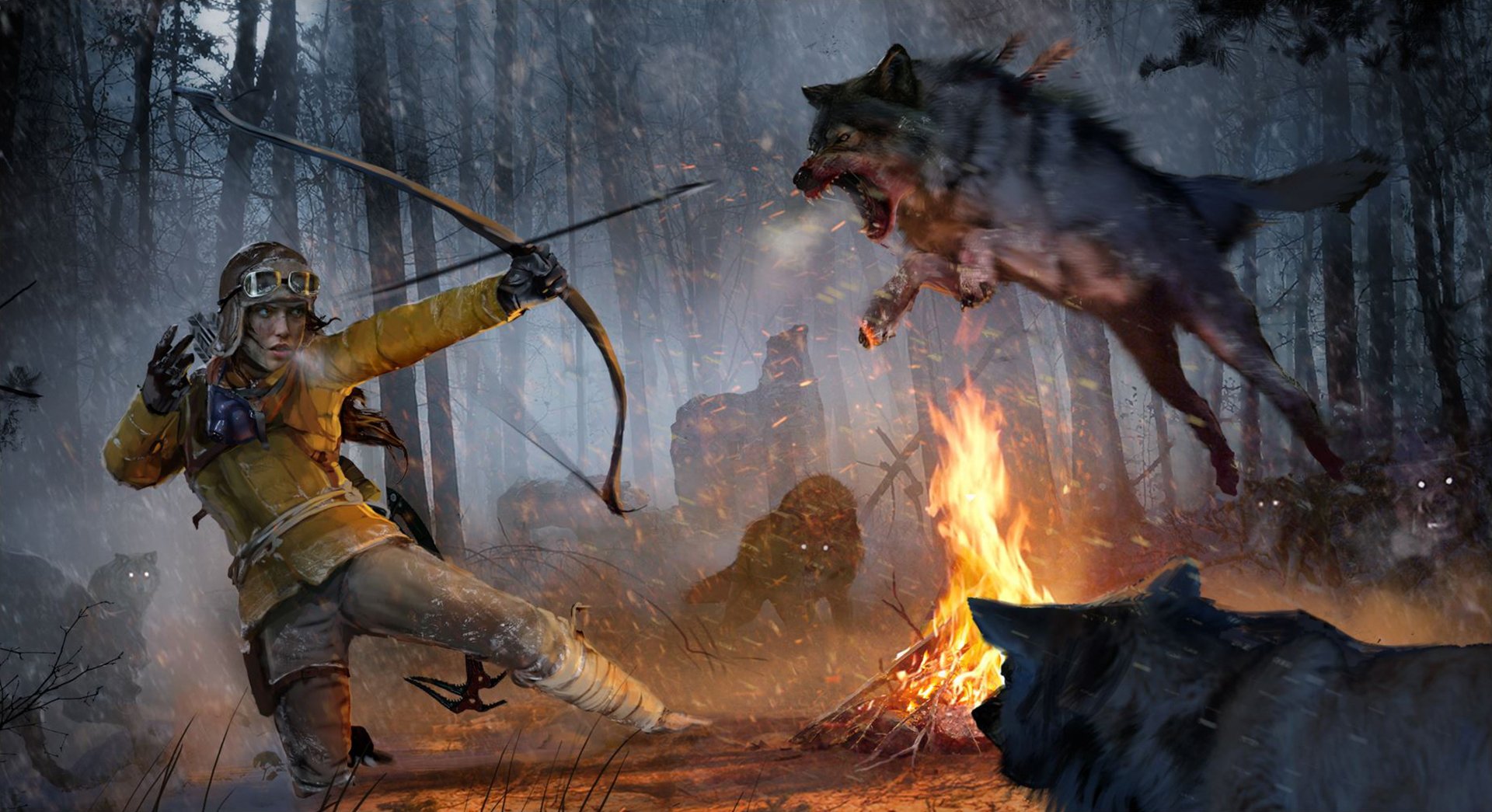 I’m surprised how much mileage I’ve gotten out of Rise of the Tomb Raider. While most developers are keen on stuffing multiplayer into every single project, Crystal Dynamics did the right thing but nixing it in Rise, instead adding in a much more enticing Expeditions gametype.

Endurance Mode isn’t exactly as thrilling as it sounds, but it expands upon Expeditions quite well. 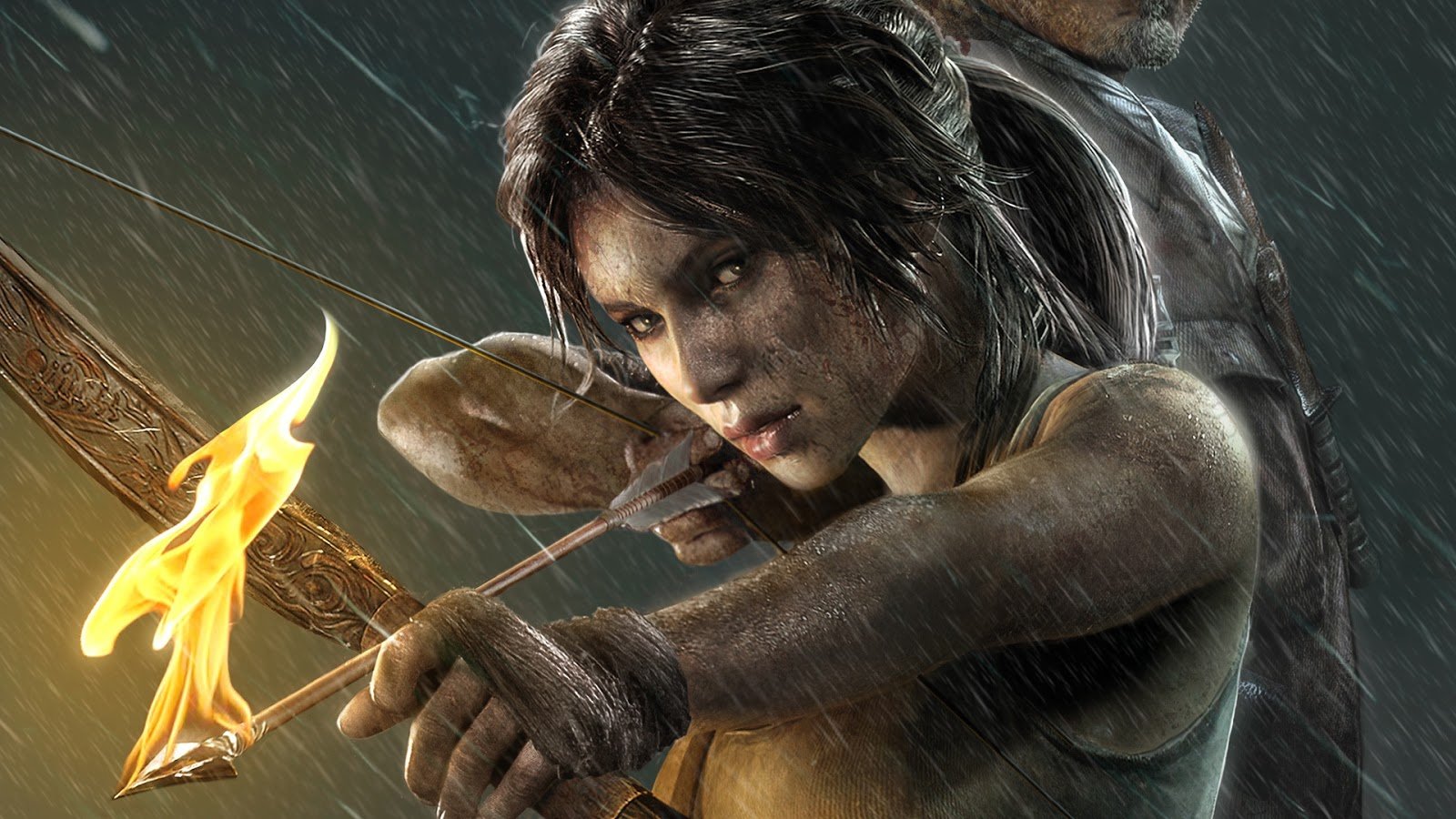 Endurance Mode is very light on story, offering up a shaky excuse for its existence which isn’t even all that necessary. Lara, seemingly breaking from her travels, is in search of artifacts as is the evil mustache-twirling Trinity organization. Her job is to locate caves and recover said artifacts, then signal a helicopter and high-tail it out of there with as many goodies as she can grab. The catch is, players now have a food and warmth meter.

Grabbing supplies such as bark and berries (or killing animals for food) actually has a point now, rather than a gamified version of an upgrade system like the core story. Hilariously, it even goes as deep as needing resources to light the signal fire to even escape, something I failed at in my first run. Ammo is often much more scarce a la Resident Evil as well, which is a nice touch — I’d almost always find myself out of arrows during nearly all of my runs. Relic caves are actually mini-crypts, and are roughly 5-10 minute, bite-sized dungeons of sorts with random trap types. They’re fun to play through, and don’t overstay their welcome given their short length. Additionally, the rewards for actually exploring these caves are decent, including credit payouts for more Expedition rewards, and new weapons.

I would prefer a lot of these elements to just be baked into the core game, but since I assume a lot of folks would complain that it’s “too hard,” we have this mode instead — a risk-reward, arcadey score attack concept. It even features challenges (locate five crypts), which are an achievement-ception of sorts. At times, it feels like a rushed bit of DLC. There’s only one Endurance sandbox for starters, and as a whole, the map feels rigid and forced — with plenty of ways to corral players into specific zones. All of that cheapness generally washes away when you’re in caves, but I would have preferred the overworld to be just as enjoyable. 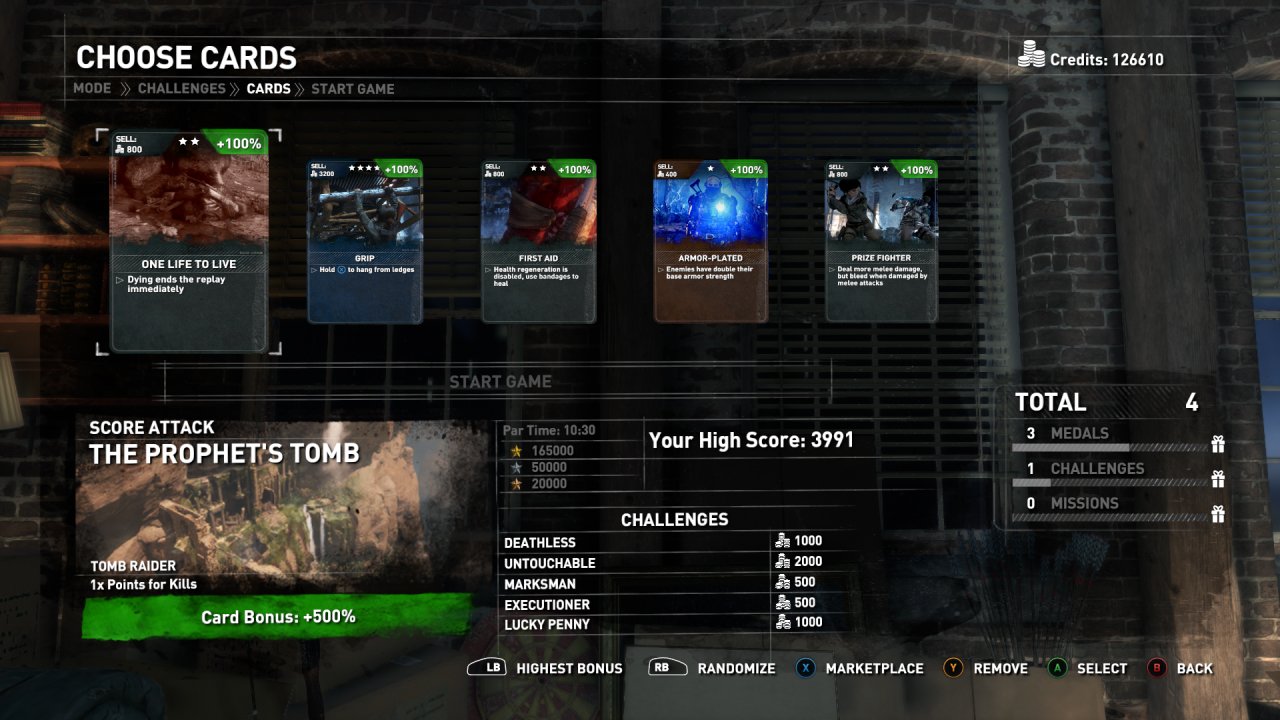 The best part is that it involves cards. If you’re into that aspect of Rise, this is probably the best game type for it, in fact. For the uninitiated, cards modify the experience — making it tougher or easier — depending on what cards you play before match. For example, you can up your rewards by making enemies do more damage, or lower them by taking a specific outfit that automatically grants you the entire Brawler skill tree. Some cards are limited to a one-time use, but tons more, including a large pack that comes with the Survival DLC, are permanent.

Deciding whether or not to buy Endurance Mode for Rise of the Tomb Raider is a pretty easy decision. Did you play and enjoy the Expeditions? If so, go ahead and grab it, if not, skip it.