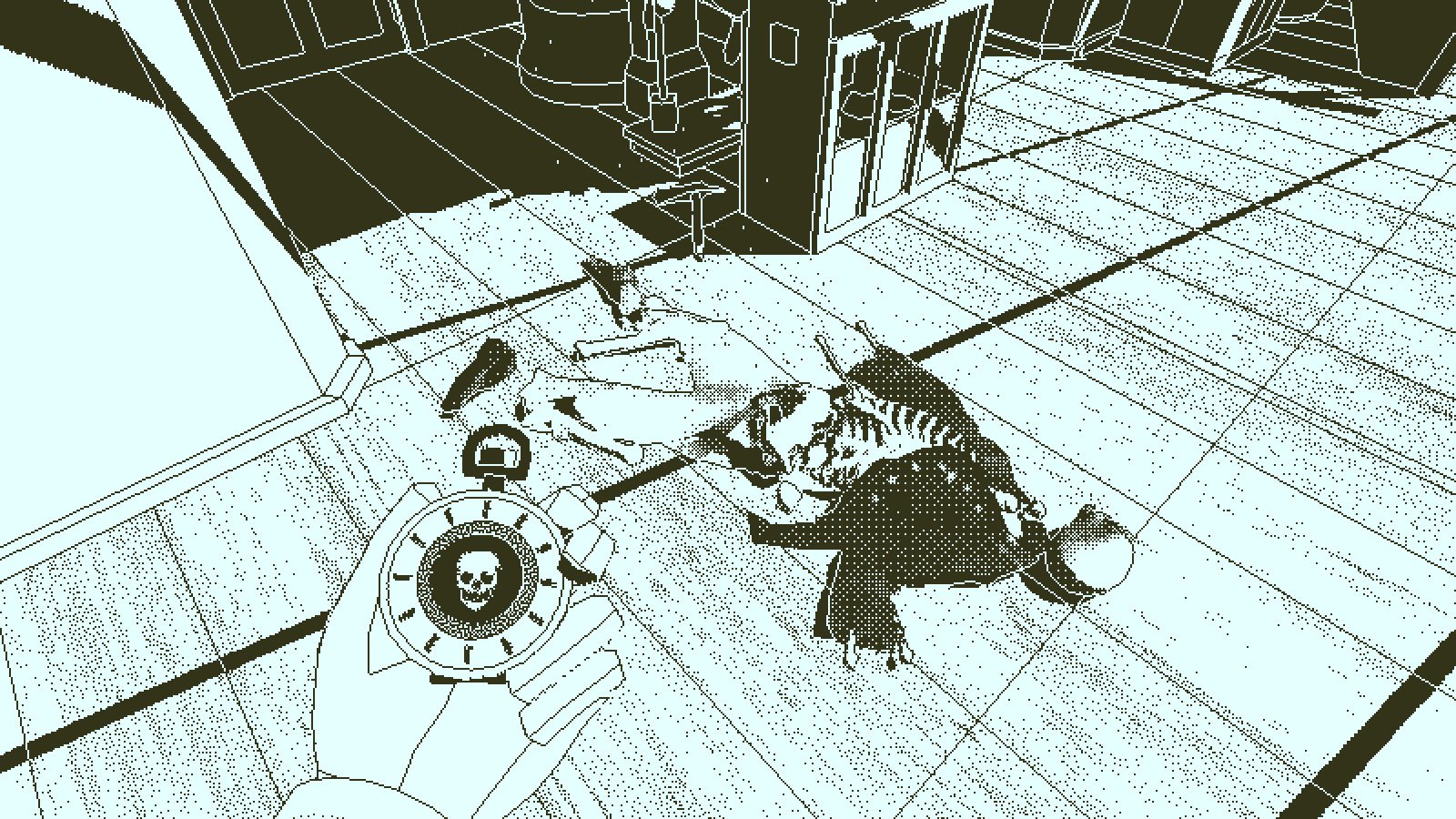 My favorite game about being an insurance agent

This is the first game that actually made me feel like a detective. I’ve played tons of games that have tasked me with solving some mystery, only to have it boil down to either not being able to fail, or just plain easy and boring.

Return of the Obra Dinn forces you to use deductive reasoning and logic without spoon-feeding answers. It also sports a unique visual style and some wonderful little tunes! If you’ve ever wanted to really think like a detective, this is the game for you. Leave it to Lucas Pope, developer of Papers, Please, to absolutely knock it out of the park…again. 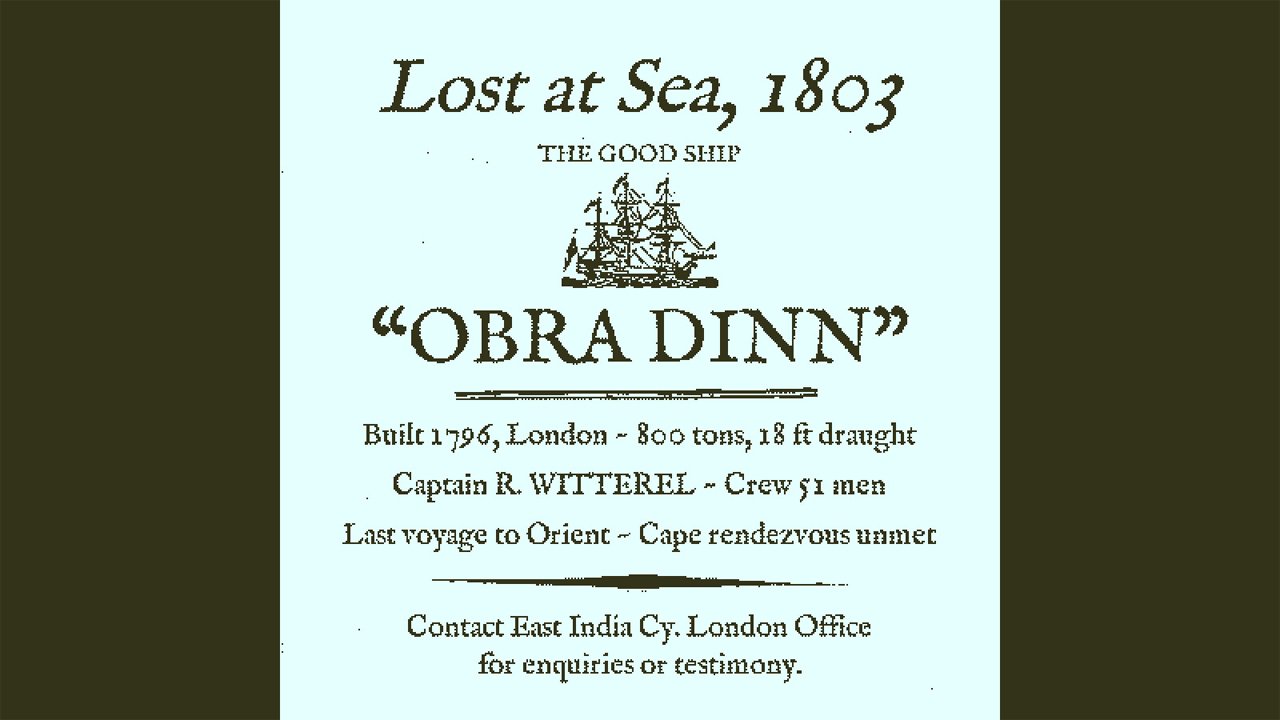 The less known about what actually happens in Obra Dinn (or should I say on the Obra Dinn), the better. As players first explore the ship, they will come into the possession of a magical pocketwatch-looking-thing that allows them to “re-live” the moment of death for any corpse found on the ship. Each time, the sounds and dialogue that led up to the event will play and, just as the moment of death occurs, the player is instantly transported to that spot and time. From there, they may explore the surrounding area and examine the scene, frozen in time.

The first time at a scene is limited — the screen will fade to black soon enough and then it’s time to move on. It is possible to re-visit any and all of these memories at will, and there is no time limit in successive visits. The goal is quite simple — log the names and cause of death for each of the 60 people aboard the ship. This may sound tedious when reading it, but trust me, it is anything but.

Again, I’m not going to give anything away. But the pacing at the beginning of Obra Dinn is a masterpiece. The game gets your attention with a small-scale scene, with bits of intrigue strewn about, then BAM! It hits you with the “OH SH–” moment and instantly changes…well, everything. And just when you think you’ve got it figured out, BAM! Another crazy moment that comes out of nowhere. Seriously, don’t get comfortable in your assumptions.

Return of the Obra Dinn gives players everything they need to succeed. With a handy-dandy notebook in tow, access to things like a list of the crew members, a map of the boat and its route, and crew sketches are readily available at all times. As players explore each memory, they can zoom in on a character and the game will display where they are in the sketches. From there, it’s up to the player to mark down who they are, how they died, and who killed them.

Things are decided by choosing from a list. When picking the name of someone, the game will display the list of crew members for the player to select from. Certain verbs are available to choose from when deciding how someone died, and the crew list comes up once again when choosing who the murderer was (if applicable). It’s all very intuitive, though navigating the book can feel clunky after each scene has been explored and it’s time to cross-reference people and events from different sections.

The mechanics are simple (think Clue on crack), the story is epic and surprising, and there’s enough mystery here to keep players guessing for quite some time. After viewing each memory, the player has a chance to basically finish the game, but they won’t get the “good” ending. That will take a lot more time. Lucas Pope lists it at anywhere between 6 and 40 hours, depending on your deductive reasoning skills. I still haven’t finished every single person and their cause of death, but at the pace I’ve been heading in, I’d expect to finish up in about 10 – 12 hours. Maybe that’s “not enough time” for you to justify a $20 purchase, but considering how exciting and enthralling each moment of Obra Dinn is, I’d say it is absolutely worth it. 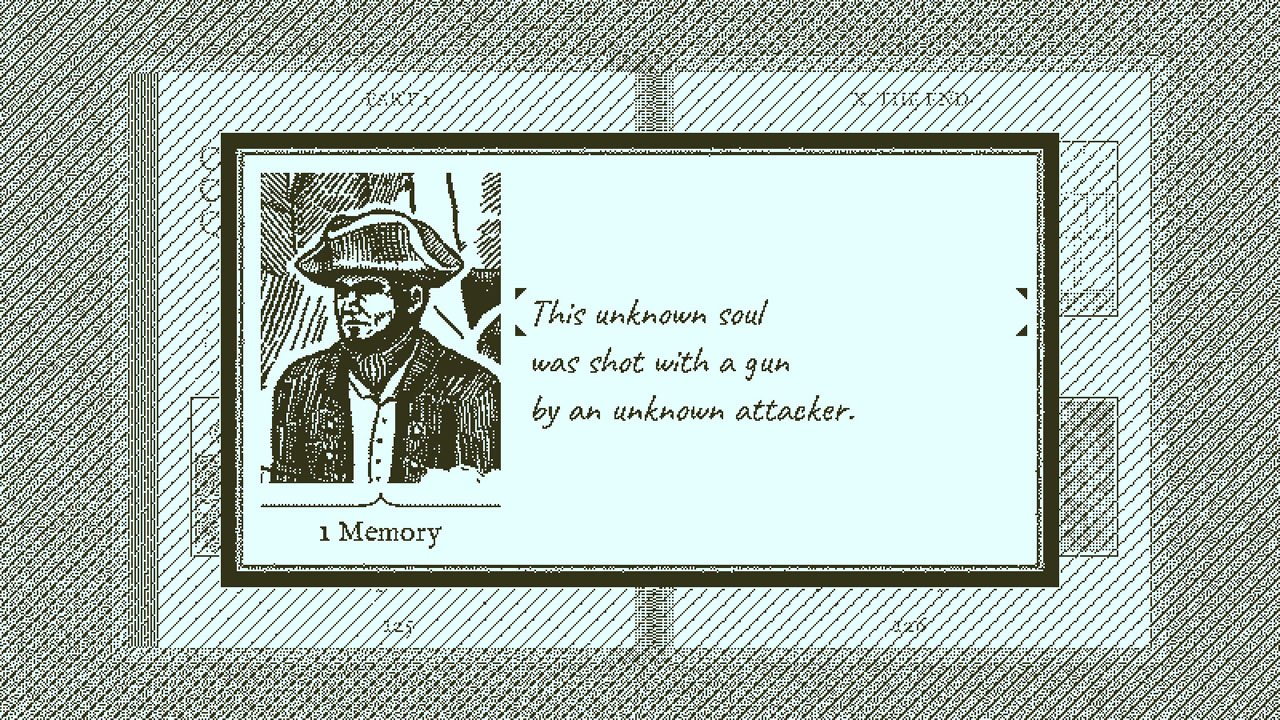 The visuals harken back to the Macintosh era of graphics, though there are color filters to emulate your favorite old-school one-color screens. Lucas Pope uses this to great effect and certain scenes are absolutely breathtaking. The visuals absolutely had to be clean, as deciphering the cause of death often requires a keen sense of observation (though many times it is very obvious).

Small musical cues are also used perfectly. I didn’t notice how catchy these were at first until I found myself mimicking them in the shower. They are only a few seconds long, and I love them all so much! Special shoutouts to the voice actors as well. More than usual, voice actors accurately representing their characters is of the utmost importance as players may recognize an accent or voice inflection that allows them to pinpoint the identity of someone on the ship. Everyone in the sound department did a tremendous job.

This is a game I can not stop thinking about. I think about it at work — either remembering crazy moments I didn’t see coming, or reflecting on recently discovered information and its implications. This is absolutely a “thinking man’s game,” and it’s one that I hope other developers (or Mr. Pope himself) decide to ape and expand on. Despite the fact that this isn’t a detective game, I’ve never felt more like a dick.