Monster Hunter-esque, quick-service co-op games are popping up like a cottage industry. The angle isn’t new, but with releases like Dauntless gracing the neon lights of gaming marketplaces so frequently (and becoming overnight successes), you know the audience is primed and ready.

Remnant: From the Ashes is of that same cut of meat, just with more fat. 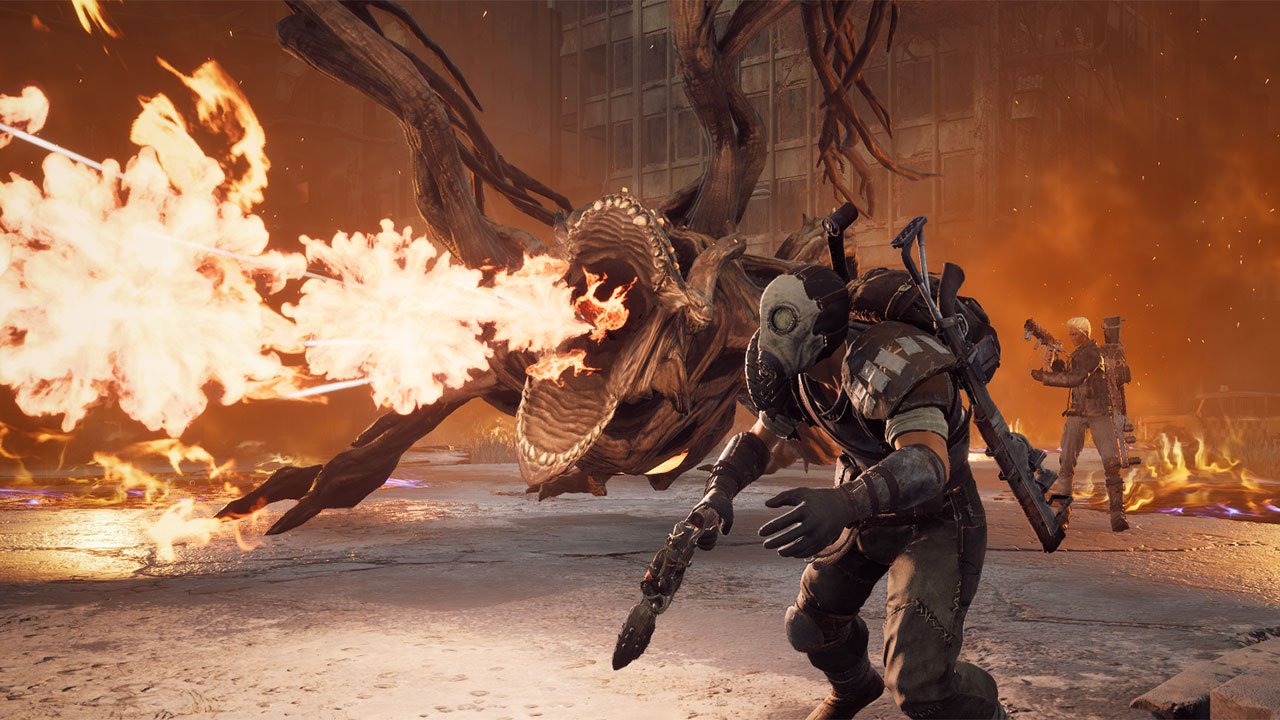 The whole setup of Remnant is a hell of a ride: albeit frontloaded with bumpy trails. At the beginning of the journey Remnant has an alluring esoteric spiritual feel as the player character is part of an isolated society, tasked with completing a ritual in a far off land. Then it basically turns into Gears of War, before it settles into a Cthulian universe-spanning romp. It’s a weird ass game!

But more often than not Remnant sheds that weirdness in favor of a very comfortable looter shooter shell, and slides into a very familiar (but more than competent) rhythm. You’ve seen this loop before: you die, you upgrade (in this case passive skills or gear), you get a shortcut/checkpoint, you die again until you triumphantly cross the finish line (or a ton of little boss-based finish lines).

Shooting feels responsive and tight, which is great as there’s only a handful of guns (mostly standard rifles/shotguns/pistols at first, before it goes down the black hole gun-sized rabbit hole). Each weapon has a perk slot and players can customize their passive skills (by earning experience), allowing for tons of different builds: either catered toward solo or multiplayer play.

For instance, one of my favorites was a healer archetype, with the opportunity to restore health to everyone else after using my replenishable potions, and a circle of healing spell attached to my handgun. Another one of my builds grants full vision of enemy units to the entire party, and leeches life from melee hits to serve as a pseudo-tank.  Big moments like hitting a critical shot take take down a boss feel good, especially when you’ve enabled your teammates to do the same.

But while the moment-to-moment stuff does feel impactful, there’s a lot of RNG involved as Remnant tap dances between fun and rote; due in large part to the centralized randomization of environments and enemy placement. On one hand, I love the idea that you can “re-roll” your world at any point if your hope of beating it has been dashed, keeping all of your upgrades like a sort of “New Game Plus” in the middle of a game.

On the other, there are a lot of re-used areas and assets. That isn’t necessarily a problem for a project that’s smaller in scope, but when I find myself asking if I’ve already been to a locale that looks exactly the same as one 15 minutes before it, it raises questions. It’s also a bit janky in places. The dialogue system seems like an afterthought, and some of the UI, like the health and stamina meters look like they never left a theoretical Early Access period. The map just plain sucks. 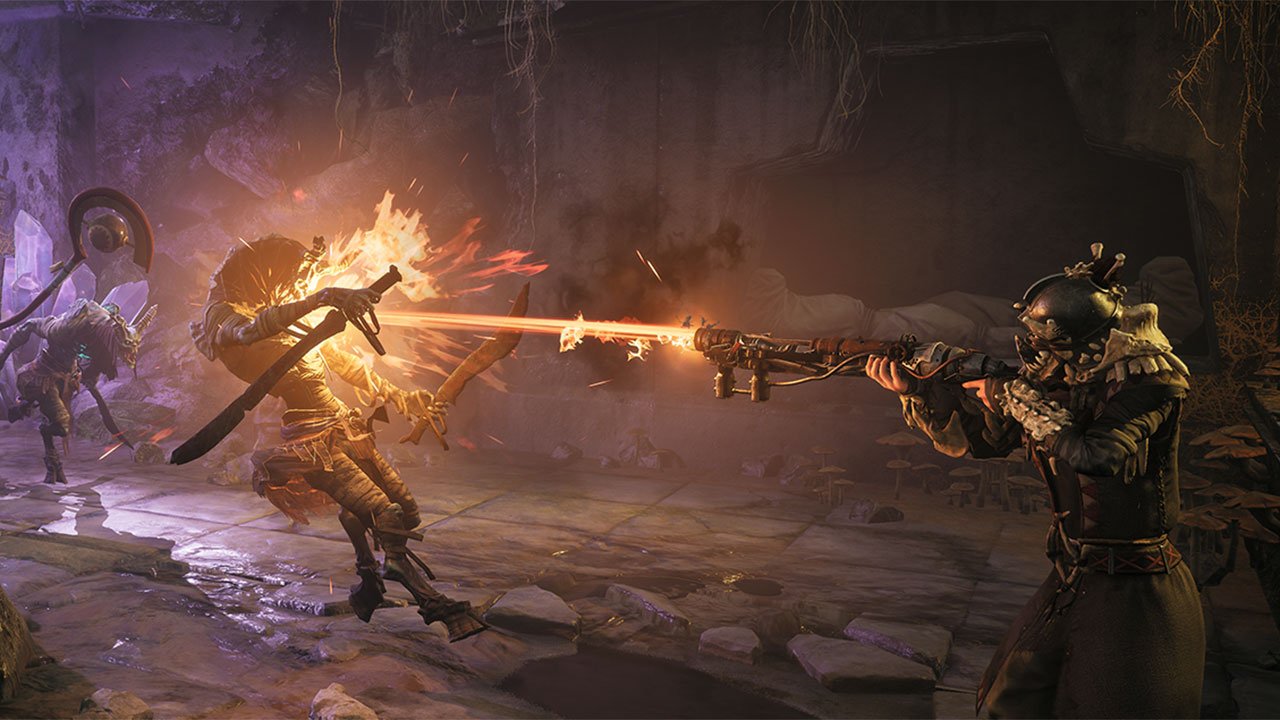 Other aspects are snappy and to the point. The inventory system is clean as hell, due in part to the developer’s smart adherence to a “only the good stuff” policy on loot. Pretty much every piece of equipment you’ll earn, whether it’s from the critical path or the beaten one, matters. There’s no need to sift through hundreds of useless junk items (or even just a few) on your travels, which does wonders for the game’s pacing.

I found myself just playing it for hours on end, solo or with random players, and not feeling fazed. Multiplayer is one of Remnant‘s big strengths (and saving graces, really), as it allows you to create sessions using your world seed (privately or with friends), or join one to gain all the loot you want. The key is that you’re incentivized to join sessions to see new worlds, nab more loot, and garner more passive skills. The shared bonfire resurrection mechanic, where everyone comes back at every checkpoint, also feels really good compared to the fleeting “one [life] and done” motif of similar games.

Remnant: From the Ashes takes too long to get going, but when it does, it lets it rip. The randomization element is too half-baked to really propel this project above the rest of its ilk, but Gunfire Games has some really good ideas that I hope to see employed more often in the future.

Filed under... #Remnant: From the Ashes