Preacher has always been a show where the quality varies wildly from season to season. Season 1 was overall very good but felt like it was trying too hard to distinguish itself from its source material, which caused the characters to suffer. Season 2 felt bloated with 13 episodes instead of the first season’s 10, not helped by the fact that most of the second season was filled with useless padding that would fill an 8 episode season.

But Season 3 felt like the show was running on all cylinders. It went back to 10 episodes instead of 13, several interesting plot threads were being explored, and the show got its zany charm that was sorely missing in the second season back. Minus a few missteps, this was the best season of Preacher so far.

*Spoilers for Seasons 1 and 2, and Season 3 Episode 1 of Preacher below. This is your one warning.*

The season picks up right where Season 2 left off. Tulip is dead, Jesse and Cassidy hate each other, and the three of them are on their way to Jesse’s childhood home of Angelville, looking for help from his Gran’ma. Jesse absolutely hates his Gran’ma and her two henchmen Jody and T.C. since the three of them have mentally and physically abused him for years. But once Tulip comes back to life, the season splits off into three separate plot lines, each following a member of the main trio.

I might as well start with the weakest of the three plotlines, which is Cassidy’s. Joe Gilgun is fantastic as the Irish, drugged up vampire, but most of the season he hung around with a group of vampire wannabes, Les Enfants de Sang, led by the charismatic vampire Eccarius. My biggest problem with his arc was that it seemed pointless by the end of the season. A lot of the moral dilemmas involved with being a vampire were discussed last season, leaving Cassidy to just talk with Eccarius about life, vampirism, and loving someone when you’re immortal. The icing on the cake is that Cassidy ends the season exactly in the same position he was around Episode 5, making all of Les Enfants de Sang business even more meaningless.

Thankfully, the other two arcs fared much better by exploring the main cast as well as introducing new characters to the fray. Jesse has the simplest plot. He’s trying to get away from Gran’ma, but he needs the rest of Genesis to do that, but it’s being held by Herr Starr and the Grail. So Jesse needs to get the rest of his soul back, then stop Gran’ma. It was a pretty smart choice to introduce The Grail back in Season 2, speeding up the introduction of several of the series’ best characters, but Season 3 goes a step further and introduces elements from the “Masada” storyline. This means that we get more time with Herr Starr, Humperdoo, Featherstone, Hoover, and the newly introduced Allfather D’aronique. “Masada” was a real turning point for all of the Grail characters, and seeing elements of that storyline here was a real treat, especially the Allfather. Allfather D’aronique is worth the price of admission alone with how spine-tinglingly fearsome he is.

Tulip has a more complicated plot, mostly dealing with her coming back to life, escaping Angelville, and all of the hoops and hurdles she’ll have to go through to get away. But her storyline, like everyone else’s, really heats up in the final two episodes. Preacher has always had a problem when it came to wrapping up its seasons. Usually, they just ended with little fanfare, with plot points rushing together because they need to be wrapped up somehow. However, Season 3 builds up to a very natural conclusion that’s as wacky and chaotic as any finale featuring Nazis fighting an immortal cowboy could be.

Even when I had problems with each storyline, they were paced well enough where I never felt like I spent an entire episode with just one character. Each episode would hop between the three, maybe spend some time with a side character, and I would be happy. The only time where I would groan at a segment was when we had a flashback to Jesse’s childhood in Angelville. We didn’t need multiple flashbacks to see how rough it was, but the show insisted on showing just how miserable and tortured Jesse was in the Louisiana bayou. 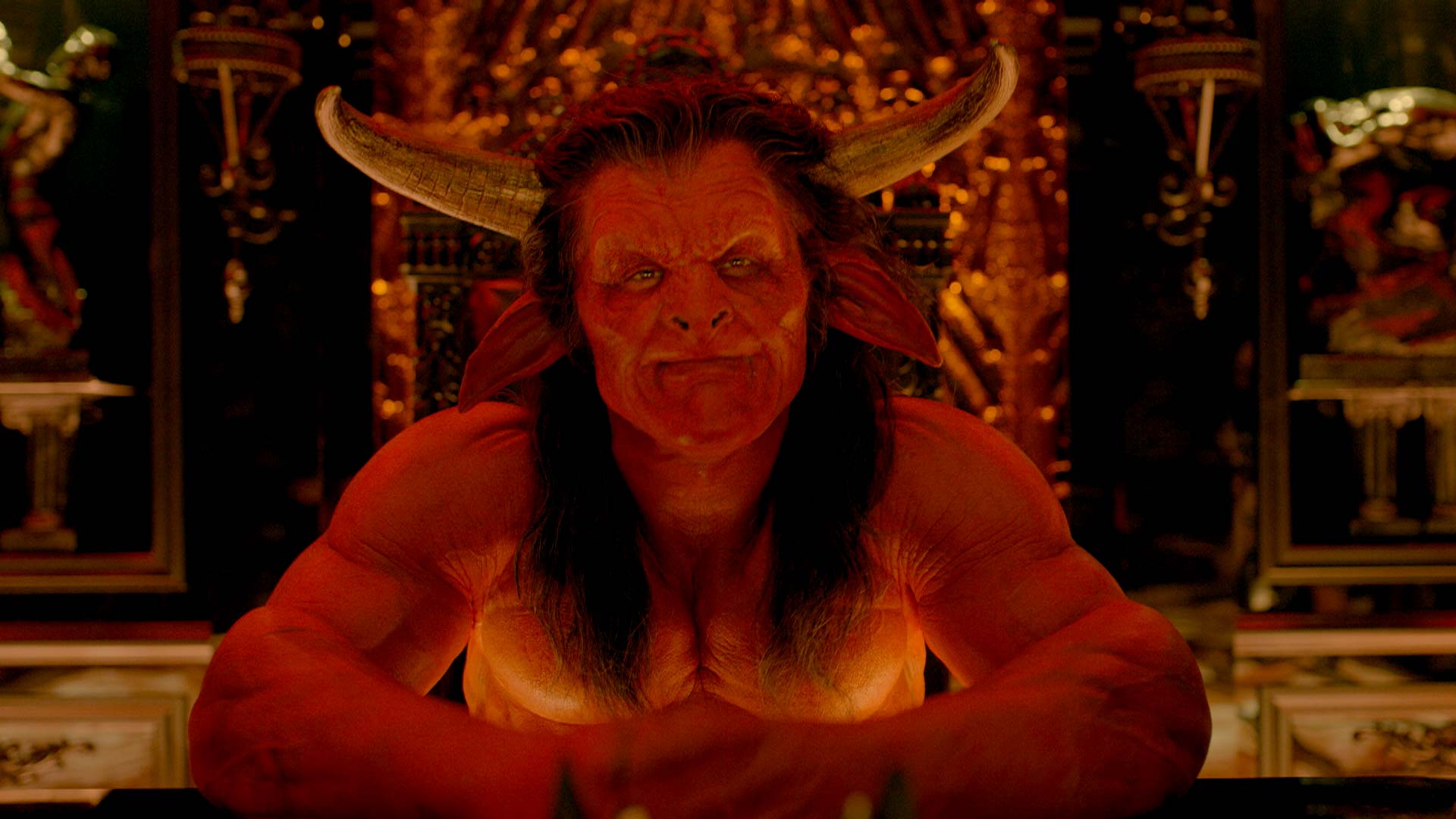 But Preacher’s secret weapon is, and always has been, the supporting cast, all of which were expanded way much more than their comic counterparts. Eccarius, Gran’ma, and T.C. were all pretty one-note villains in the comics, but here they feel more nuanced and layered. We get to sympathize with Gran’ma while simultaneously see how much of a monster she truly is. The Allfather stayed about the same as his comic counterpart, unique habits and all, but I was actually fairly disappointed by Jody. In the comics, Jody’s a brute, but he’s a smart brute that you can fully understand why Jesse is so terrified of him. Here, he seems a lot less menacing, which undermines Jesse’s hatred and fear of him. He just seems like a backwater idiot.

A lot of people complained that last season spent too much time on Eugene’s adventures in hell with Hitler (yes, that Hitler), but the creators listened and heavily reduced their screen time. Until the final two episodes, the two of them appeared a total of two, maybe three times in the entire season, and even then for only a couple of minutes a piece. I understand why they were so underutilized this season, but half of the time I forgot that they were even involved at all.

My biggest fear going into this season was how much of “Angelville” they were going to adapt. In the comics, the arc lasts about six issues, and most of that time was spent explaining Jesse’s backstory. The answer was to create a hefty amount of original content and steal beats and moments from other arcs. It was all for the better, giving us the best season of Preacher to date, but I’m nervous for Season 4, which is going to be covering the “Masada” arc. That should be a cause to celebrate, but after all of the bullets points were stolen from that arc for this season, the showrunners are gonna have to do some fancy footwork to keep the train rolling. But that’s all to worry about later. This season was tight, focused, and brought back in full the show’s bleak sense of humor. There are plenty of bizarre, but perfect little moments that capture the essence of Preacher. Maybe it’s hearing Warren Zevon’s “Werewolves of London” play during an intense fight scene, or watching the Allfather eat a horse, but Preacher has that weird little touch that you just can’t find anywhere else on TV right now.

It took us three years, but this show has finally become the adaptation of Preacher that we deserve. It may not be exactly like the comics, but it does its own quirky thing to fantastic results. Everyone is in gear, and the new additions to the cast gel seamlessly with everyone else. The few complaints I have all come down to personal preference, but they weren’t enough to ruin my engagement or how much fun I was having. Not for the faint of heart, but definitely for those that want something off the beaten path.