It delights me to see Q-Games add more entries to the PixelJunk series, especially a sequel to Eden.

It’s arguably not the best of the bunch, but Eden – a minimalistic platformer about catching plumes of pollen to reinvigorate garden landscapes – has long been a favorite of mine. It’s a hypnotic experience.

Whether you missed PixelJunk Eden on PS3 and Steam or you simply miss it, period, this is such a great way to close out the chaotic year. Turn on your Switch, pump up the volume, and melt into your chair. 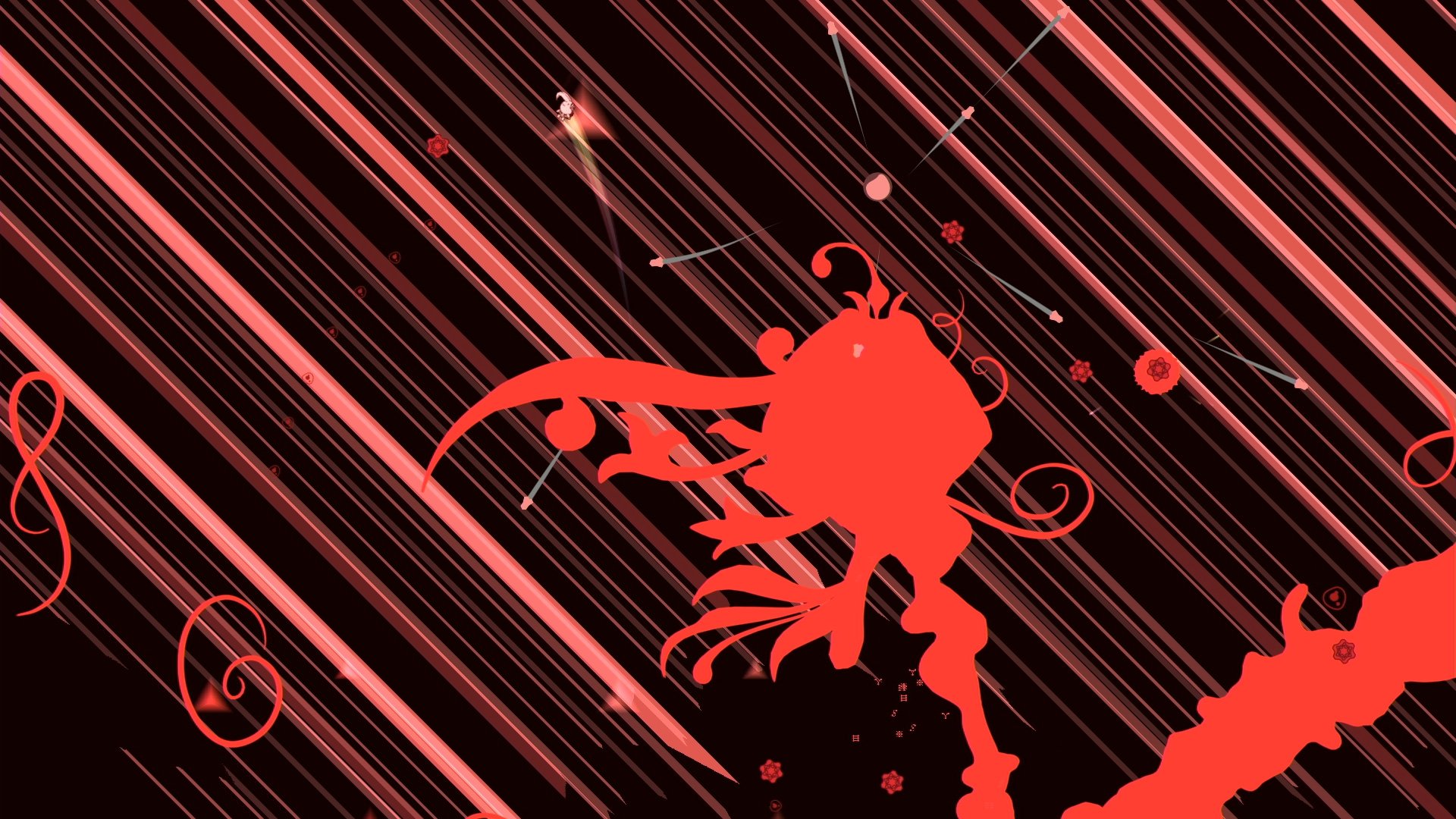 PixelJunk Eden 2 is a simple but effective game, one I see myself coming back to again and again. Playing alone or with a local co-op partner, you’ll hop and swing around abstract levels infused with the audio-visual essence of Baiyon. The techno music and visualizer-like backgrounds put a spell on me.

While some of the finer details are different for the sequel, in general, this is largely the same soothing experience as the original game. In each garden level – all of which have their own aesthetic and song – your goal is to collide with floating Pollen Prowlers to pop them open, catch the sinking remnants to grow nearby seeds, and use towering plants as platforms to ultimately reach a Spectra collectible.

Missile-firing and gravity-shifting foes appear in some situations, but largely speaking, PixelJunk Eden 2 doesn’t push back all that much. You don’t “die.” There is a time limit in the main story mode (which you’ll refill by flinging yourself into physical checkpoints), but it’s rarely an issue if you aren’t going for 100% seed completion, and there’s a timer-less mode that’s intended for more meticulous play.

I primarily played Eden 2 in co-op, and I think that’s the way to go if you can manage it (although playing solo does have its meditative merits). With two players, you’ll collect pollen quicker, and it’s a little easier to pull off risky maneuvers and leaps of faith. If someone falls too far off-screen, they’ll reset at the other player’s safe location. If both players plummet, there’s just a short respawn to sit through.

PixelJunk Eden 2 feels subtlety snappier, faster, and more alive than Eden 1, but the sequel’s biggest change is the way levels are doled out and how the Grimp protagonists vary from one to the next.

Each Grimp comes with its own set of levels and its own particular gameplay-affecting ability or trait, which you can further alter with one-time-use Spice items. The basic flow goes a little something like this: hop into a garden, explore to find the far-off Spectra, and rinse and repeat until you’ve cleared them all. Some Grimps come with a couple of levels, while others have a set of several to complete.

Aside from grabbing pollen to grow plants and reach new heights, you’ll also want to collect crystals to unlock Spices. They’re just temporary optional items (you can bring up to three of them into an individual level attempt), but they’re useful. They have benefits like extending the length or duration of your swing-inducing silk string, diminishing the effects of gravity, or adding more time on the clock. My go-to Spices helped me find the Spectra more easily and expanded my pollen-collecting range.

When you finish a set of levels, you’ll get another Grimp to play as but not necessarily a “brand new” area – just a different batch of levels. (There are 10 total gardens.) As such, you can expect to see a lot of repeating stages, albeit with several alternate Spectra locations to mix things up a bit. I wasn’t thrilled with this format – it started to feel repetitive toward the end – but it mostly works.

There are 20-plus characters to unlock in the main mode, and they all have a gameplay-modifying twist (some good, some decidedly less good) to help them stand out. One of the Grimps has unlimited jumps, but makes it so Pollen Prowlers are less plentiful. Another Grimp is heavy enough to “bend tall plants by swinging or landing.” One of my favorites can only equip one Spice perk but won’t “consume” the item. 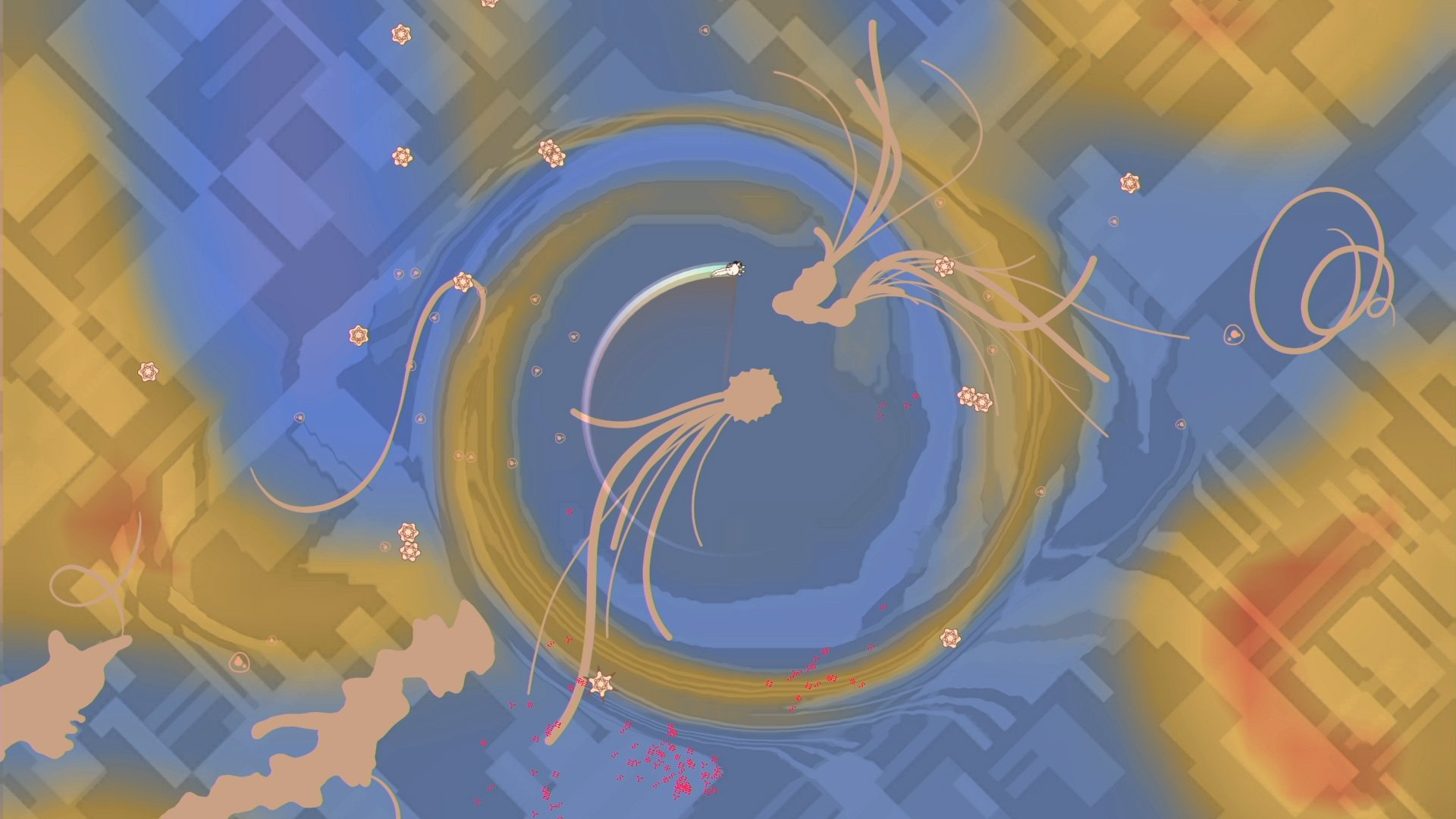 This isn’t a short game, and for some – particularly players who try to power through it in the span of a few evenings – it might outstay its welcome, but I didn’t quite reach that point. Part of that is on the Switch itself (handheld play is perfect for Eden 2), part of that is on the relaxing gameplay style, and part of that is on Baiyon’s talent as a game director, composer, and visual artist. He’s a triple threat.

I spent close to a dozen hours with the main progression path in PixelJunk Eden 2, and I’ve hardly dug into the unlimited-time “choose your garden and Grimp” free-play mode. Whenever I feel the gotta-catch-’em-all collectathon itch, I’ll be sure to head there first since that mode has its own achievements. You can’t tell me the total number of seeds in each level and not expect me to hunt them down.

PixelJunk Eden 2 is one of 2020’s few pleasant surprises, and I’m so thankful it exists.