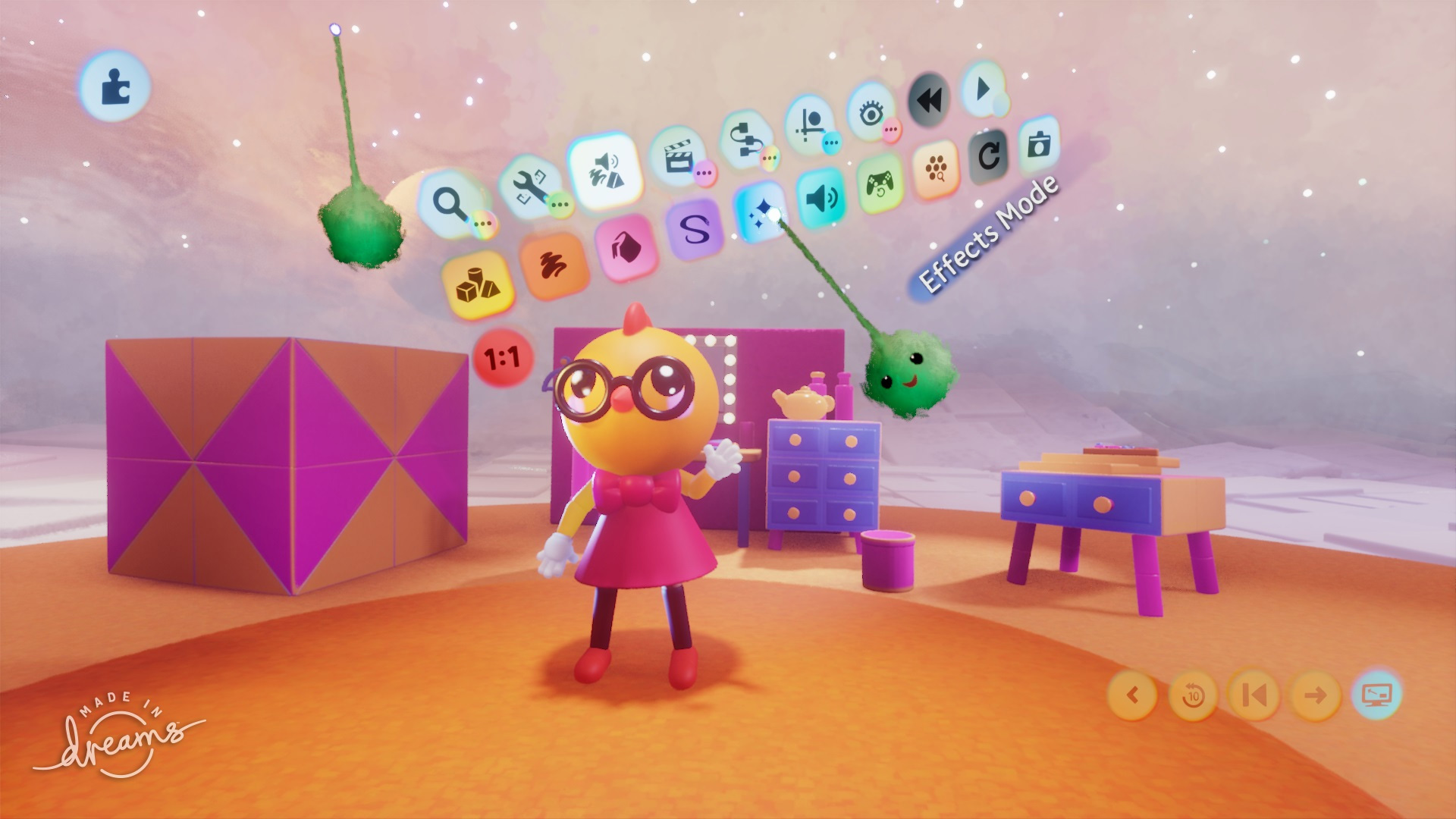 Don’t keep your visions to yourself

Media Molecule absolutely made the right call launching an early access version of Dreams, its ambitious follow-up to the LittleBigPlanet franchise. Until you get your hands on this charming creation game, you can’t fully grasp the genuine, heartfelt impact it’s bound to have. I’ve been toying around with the limited-release version on PS4 for almost two weeks now and its significance is still sinking in.

In just that short span of time, I’ve started seeing everyday objects in a mesmerizing new light. When I go to grab a plate, I suddenly envision how I would carve a kitchen cabinet in Dreams. When I take a sip of coffee, I study how the light catches my shiny metal mug. I can’t stop noticing the finer details.

Dreams will be a lot of things for a lot of different people, whether they’re coming into the game in search of a creative outlet or they simply want to admire other players’ artistry. I was most excited about sculpting, but once I learned the necessary tools, controls, and UI for that specific mode, I also found myself drawn to less familiar areas. That’s the playful genius of Media Molecule at work. If you take the time to go through the lessons, you’ll be amazed at what you’re capable of creating.

The name is so fitting. When I play Dreams, it’s as if my subconscious spills out onto the screen. 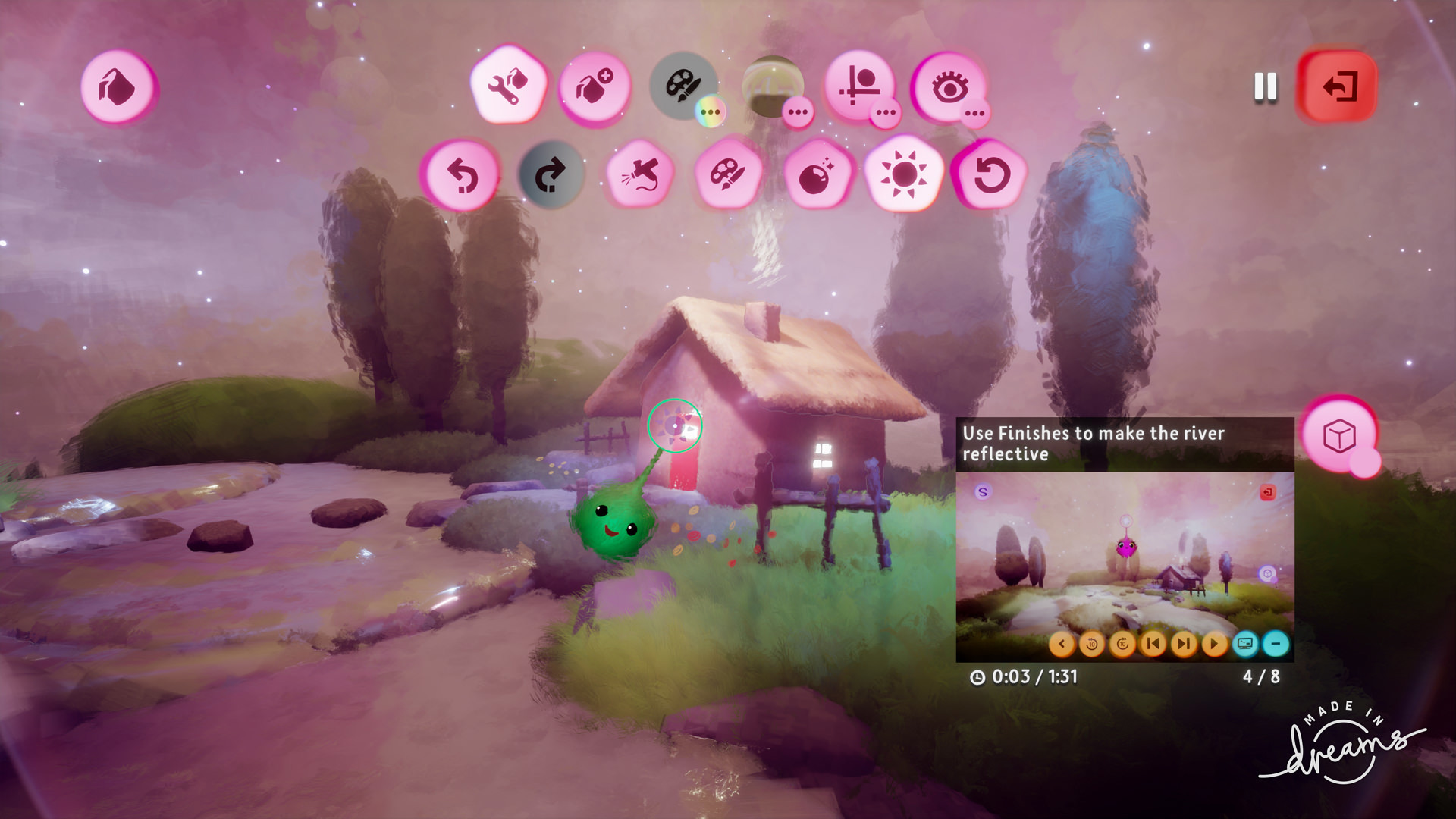 To be clear, Dreams goes way beyond sculpting. There’s painting, animating, rigging, music making, and a highly customizable logic system powering everything behind the scenes. You’re empowered to design and share honest-to-goodness games or express yourself with small, personal creations that never get uploaded. Any of these individual software tools would be impressive on their own, but the fact that they all seamlessly complement each other in a single intuitive package is staggering.

Honestly, it’s a tricky game to convey with words, much less attempt to review. That goes double for the currently available “Creator Early Access” iteration of Dreams. I mean, we’re mere weeks into the experiment – there’s no telling what Dreams will look like a decade from now once the community has honed its craft. Folks are achieving mind-blowing results with LittleBigPlanet to this day.

I’ll say this much: if you’re on the fence as a creator, don’t hesitate. The Early Access price is likely cheaper than the final version of Dreams will be and you won’t need to pay twice. There’s plenty here to get you started creating, remixing, and collaborating. This is unquestionably worth thirty bucks as is, and it’s only growing more valuable each day. The major omission is a lack of PlayStation VR support, but that’s planned for later, and you can still play with two PlayStation Move controllers.

There are pros and cons to each input method, and you can tell the developers didn’t focus on one to the detriment of the other. I find it a bit easier to navigate three-dimensional space with a DualShock 4 – it relies on the analog sticks for camera movement and motion controls for the in-game cursor. Meanwhile, the Move controllers excel when it comes to precision and a more natural, real-world feel. (Again, I’m so stoked VR support.) Both methods are fully functional, and both are jam-packed with clever shortcuts. Graciously, it’s possible to swap back and forth between them mid-creation.

If you’re strictly interested in checking out user-made games instead of making your own art, my recommendation is a little more nuanced. Right here, right now, I can’t guarantee you’ll feel like you got your money’s worth. That said, it’s a wise investment – Creator Early Access won’t be on sale forever.

The current iteration of Dreams doesn’t include a proper story mode, but even then, Media Molecule has included some silly ready-made mini-games and the community is pumping out its own impressive creations. At the upper end, it’s reached the point where without clear watermarks, you might not realize certain screenshots or videos shared on social media were actually made using Dreams.

Don’t get me wrong, there’s lots of player-made junk as there always is and always will be. My first public upload was a mediocre mountain of cheese that someone promptly used as a backdrop for their generic 3D platformer starring a lanky Bowser because hey, why not? The important part is that Media Molecule’s categories, filters, and search features are on-point. It isn’t hard to find incredible stuff. 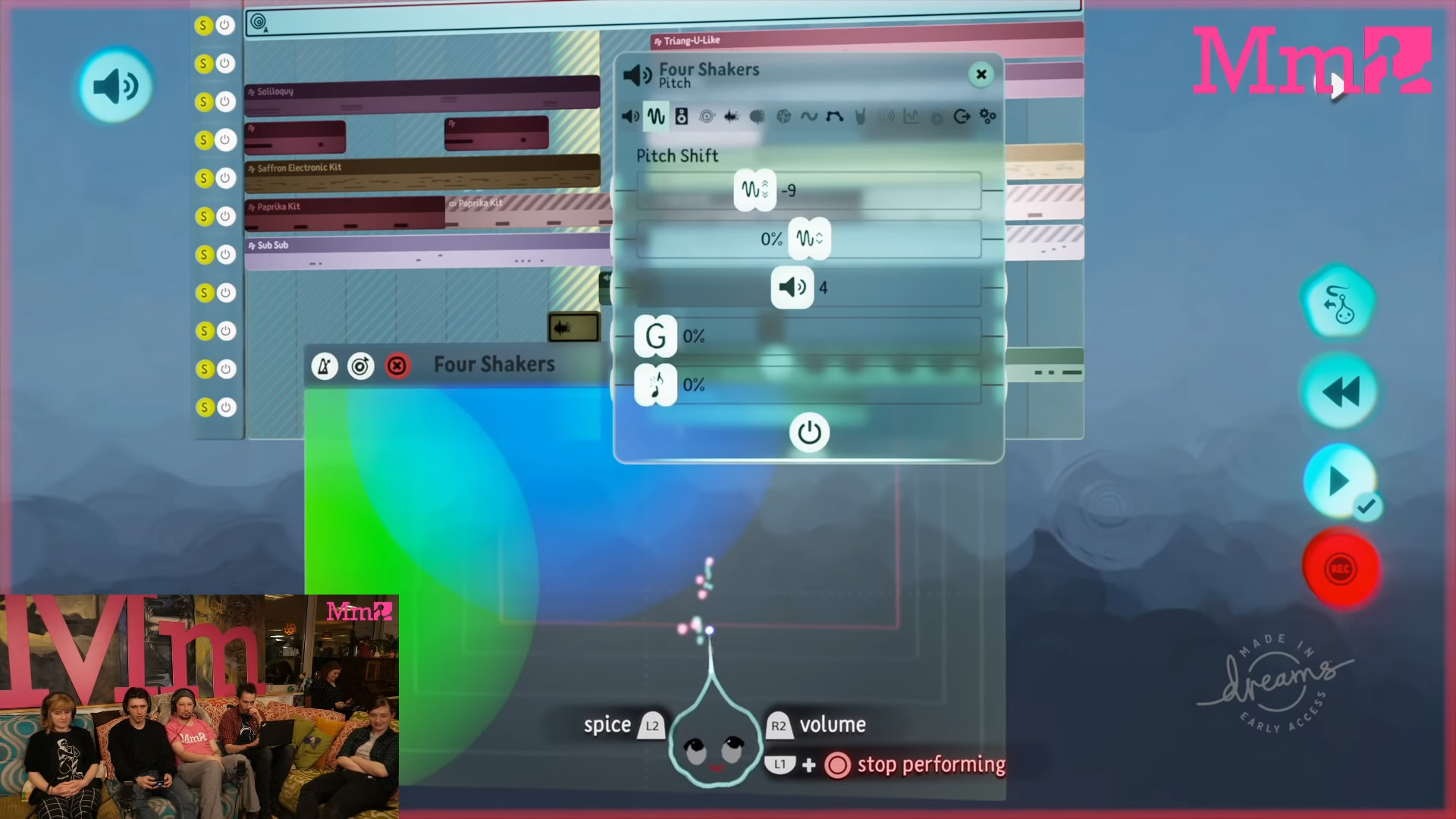 It’s also worth talking up the tutorials, which take the form of pleasant, game-like lessons. There’s so much ground to cover in Dreams and it’s thankfully not a dreary slog. While you create, you’ll be assisted by character-driven instructional videos complete with pause and rewind/fast-forward buttons. It’s all split up into digestible chunks – even the long-form masterclasses hosted by Media Molecule staff.

Looking ahead, I’d like to see even more granular tutorials in Dreams, especially for audio and just about everything to do with logic. (You’ll have a smoother time if you’re familiar with the principles behind music production and coding, respectively.) Still, I think this is an adequate starting point for Early Access, and I’ve picked up more advanced techniques by watching the studio’s ongoing live streams.

Most of all, I’m impressed Dreams is exactly what Media Molecule set out to make: a game that encourages a wide range of creative fields to come together and inspire each other day after day. Dreams reawakened something inside of me, and I hope it gets the support it deserves. I can see it fostering a generation of fledgling artists, designers, and musicians as they follow their passion.

Whether you try it now in Early Access or hold off until the full launch, don’t miss Dreams.

[This scoreless review is based on a copy of the game purchased by the reviewer.]