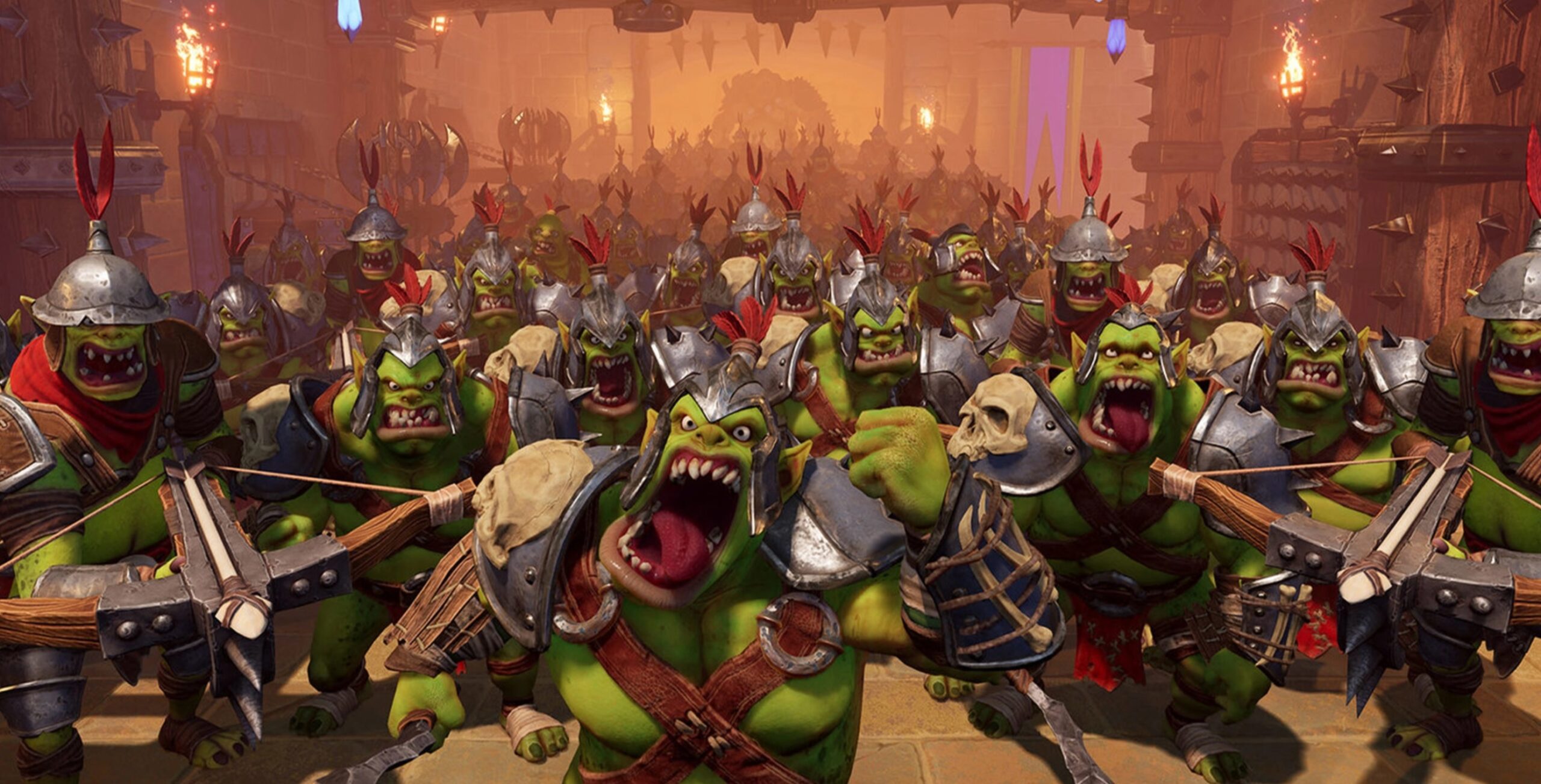 Looks like OMD is back on the menu, boys

I haven’t thought about Orcs Must Die in a while.

It’s weird too, since I spent so much time toiling away by myself with the first game and with my wife for the sequel. It’s not a series that really pops into my mind all that often, but thankfully it’s back (in non-free-to-play-form) with a real sequel: Orcs Must Die 3.

My love of trap-based games is well documented, but speaking from experience, the Orcs Must Die formula works so well because it cleverly infuses action alongside of the satisfying Rube Goldberg mechanics. It all feels so good when they finally come together. After an oddly mutated free-to-play flight of fancy (that shut down in early 2019), developer Robot Entertainment has smartly returned to what works.

This is basically Orcs Must Die 2, supercharged. The main gimmicks include even more customization in how you build your hero, with options for juicing up your action-based abilities (read: direct combat) as well as large-scale siege type “War Machine” weapons for the “War Scenario” levels. It’s exactly how it sounds. Orcs Must Die 3, in the case of specific stages, “pluses up” the formula.

Instead of having orcs of varying enemy types bust down doors and make their way to the end of a stage to damage your core (called a rift), battles take place on sprawling set pieces that trump anything the series has done before. 100 orcs on-screen at once, the whole nine yards.

For the more intimate affairs you’ll be juggling loadouts like spike floors, walls that shoot arrows, smushy ceiling hammers, as well as trinkets that can heal your character, trigger trap cooldown resets, or power-ups of that nature. While trap games can often fall into the (cough cough) trap of having everything feel automated, Orcs Must Die does a good job of keeping people engaged.

For War Scenarios you’ll have the chance to build giant catapults (that you can jump into), battalions of archers, and forts: generally bigger structures. It’s a risky venture and somewhat pays off. Several war missions feel a bit boring in the sense that the optimal move is to jump into a war machine and rotely chuck a giant explosive ball at groups of enemies until their ranks are thin, then clean them up. Other entanglements are trickier, with larger varieties of orcs that require more nuanced strategic finesse.

It waffles between mindless and high-concept fun, especially with a co-op partner. I use the phrase “mindless” as a lot of that classic Orcs Must Die crust/jank is still very much present, like glitched enemies (one brought an end to a 20-minute run because the wave technically couldn’t advance with a foe stuck behind a wall), but it has that effortlessly goofy-yet-violent air about it that keeps things interesting even when it’s not firing on all cylinders. You might have noticed by now that this is a Stadia exclusive: store your holy water and crosses!

For the most part, with a corded 100mb/s connection, Stadia held strong. There was a bit of stuttering here and there but nothing that significantly “ruined a run” or anything like that. While the “power of the cloud” marketing statements seem like just that — marketing — it is fun seeing Orcs Must Die in a newer, grander light in any sense. There’s a kernel of brilliance here, as I think a full sequel or spinoff could be centered entirely around War Scenarios with some tweaking. As for other stability concerns, my multiplayer tests with a co-op partner (read: this is online-only and each person needs a copy of the game) were equally successful, and we completed the entire game together.

I don’t want to say Orcs Must Die 3 is a lean game per se, but it doesn’t overstay its welcome. It clocks in at 18 levels (with three difficulty options), as well as an endless mode. Hardcore players will also no doubt want to go for the “five skull [star] rating” on each stage. It might not seem like a ton of stages, but I’ve had a good time honing my strategies on existing levels with new traps and characters, especially the intricately designed latter arenas.

Orcs Must Die 3, like its predecessors, will withstand the test of time for folks looking for a lighthearted strategic affair in the sadly-now-underrepresented trap genre. Stadia is going to be a dealbreaker for a lot of people though, so that timed exclusivity can’t end soon enough.