When a Don asks you a favor, you can’t refuse ’em. No matter what, you have to take what’s on the table, and one day, somewhere down the line, he’ll return that favor.

Omerta: City of Gangsters asked me to buy into the idea that it would show me a meaningful series of events, moral choices, and a complex combat system. It promised me an enjoyable experience.

Halfway in, I found out that I was the victim of a fix. A setup, you see. Because Omerta wasn’t the Don it claimed to be.

By the end, I just wanted to whack him and get it over with. 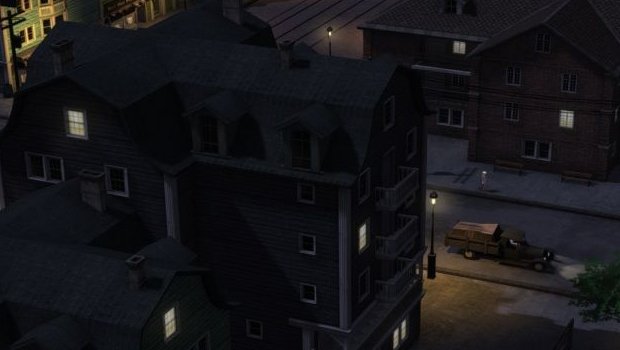 As a second-generation Italian American, I grew up infatuated with mob films and the romanticism of organized crime. Even in college, I studied Criminology for one of my majors, and my thesis was on the motivations of modern day Robin Hoods of the 1920s and beyond.

Naturally, I gravitated towards Omerta: City of Gangsters, which on paper, is a mix of the resource development mechanics of Tropico, and the turn based combat of XCOM. However, it was clear from the get-go this lacked the same polish as the developer’s Tropico franchise. Some early warning signs flashed when I was asked to set up a painfully generic tough guy avatar and choose some canned traits (think Elder Scrolls, but less detailed).

I chose the dude who looked like a young Alec Baldwin — my nickname is “The Earful,” I grew up as a stonemason, and my weapon of choice is a pistol. The game began, and a generic voiceover came on over top of a series of still images, explaining my motivations for power.

All of this pre-game fluff is fugazi (fake), fellas — it’s to trick you into thinking your choices really matter. More on that later.

Once you’re actually ready to take on Atlantic City circa 1920, you get a full overview of the town, which is yours for the taking. On the world map, which is set up like a smaller version of Sim City, you can manage the structures you own, and look at new ones to take over. 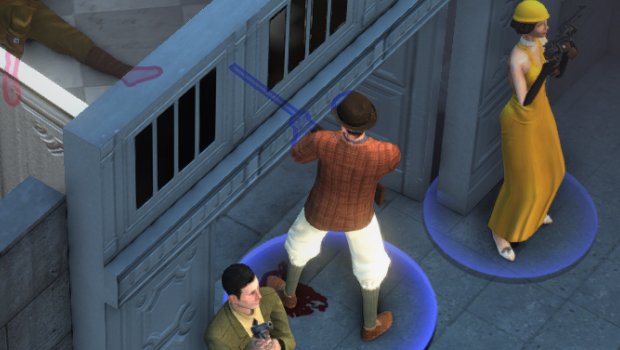 In order to gain resources at first, all you have to do is send out your henchmen to do menial tasks like rob neighborhoods, wait for the money to roll in, buy establishments to earn more cash, and repeat. Hiring new thugs helps you earn more actions (and units in combat), and each thug can be simplistically kitted out in case there’s a combat situation. And that’s the game, basically.

You send people on jobs, you wait, and you do some more jobs until there’s occasionally top down strategy style combat. If you’ve ever played a free-to-play Farmville style game, you’ll know what I mean, as it feels like a basic resource farming game. There’s only a few resources to manage — money (split into clean and dirty cash) beer, liquor, and firearms, and you won’t run out of any of them, so long as you’re willing to wait for more cash to get them. It doesn’t matter if the structure you choose to create for money making purposes is a boxing club or a speakeasy; it all either earns you dough, or resources that you can trade for dough. They progress at a set interval, as you wait to progress to the next linear, scripted mission.

The game tries to mix things up, but everything blurs into one giant resource. Soup Kitchens can increase your “likability” while other buildings, such as pizza joints, increase your “fear” rating. These ratings are supposed to allow you to perform different actions like gaining the ability to kick people out of their houses through fear, but it all comes back to the same one goal: get more money.

Activities such as robbing buildings or butting heads with other rival gangsters is, in theory, a way to decrease your “like” rating and give you trouble. The problem is, I never really noticed any changes on a consistent basis, as you can eventually get everything you want so long as you have the patience to click on enough buildings and wait. 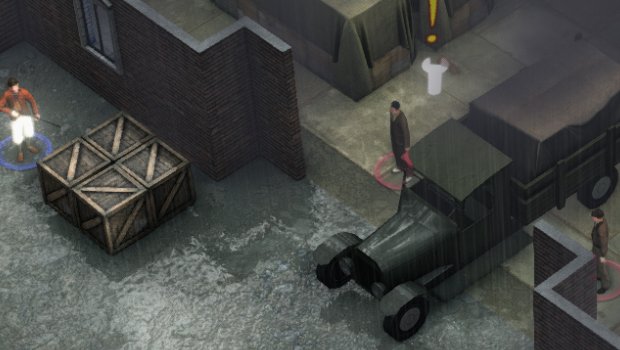 One actual negative consequence you can get by clicking with reckless abandon is a high “heat” level, that will unceremoniously bring up a screen saying “unless you choose one of these options, you lose the game”. Generally, your choices are to bribe the police, blame someone else, or fight them to “destroy the evidence.”

The funny thing is that by enabling actions to raise the heat and reach this impasse, you were in turn doing actions that let you obtain a ton of cash to more than pay off the heat level. Once your heat rating indicator gets high, all you have to do is wait, get enough cash, and then raise your heat one more time and pay them off.

Presto: then the cycle begins anew. By the time the heat level raises incrementally to a relatively high amount of cash, the mission will be finished, and you’ll start another one completely fresh. Nothing really matters big picture wise.

Literally everything in the overworld portion of the game can be swept under the rug on a mission by mission basis. You’re never really in danger outside of the combat half of the game — but that has its own set of issues.

Once conflict arises on scripted occasions, Omerta will switch to the game’s asynchronous RTS style battle mode. Omerta allows you to choose perks and respec for a cost, but all of the game’s perk options are basically “increase this stat,” so you don’t have to spend hours deliberating on what to pick — everything starts to blend together. Combat dialogue is even worse than the core game’s, consisting of constant sound bites like “I’m way better than you!” and “See me and you die!”

If you lose a fight, it usually means game over, but you can just load an autosave (which always saves right before combat) or a manual save up and try again. Some battles even give you the option of automatically simulating the fight (think Total War, or forcing locks in Fallout). For the sake of testing, I tried re-loading an autosave over and over before a battle, and seeing if the “auto-battle” option would work if I spammed it. It did. 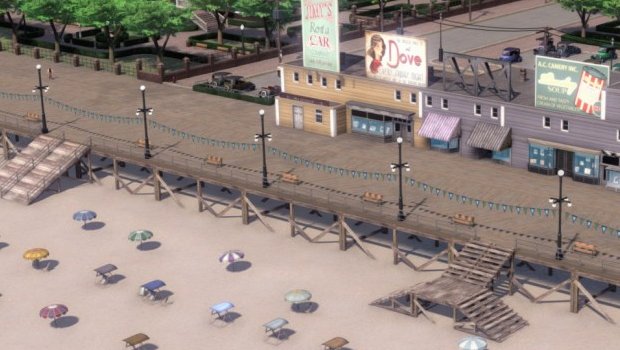 Unlike XCOM: Enemy Unknown or a number of other strategy games, the outcomes are not predetermined every time to prevent an exploitation like reloading — so you can in essence, game the system.

Movement for all of your units is also really sloppy. There’s no grid or hex-based indicator for moving around, so you’re at the mercy of clicking at an area, and hoping they arrive where you want them to. Many, many times my characters were supposed to snap into cover, only to be left in the open entirely and die a gruesome death.

All of this is a shame, because one of the best parts of the game is the beautiful period setting and the pitch-perfect soundtrack. Like Boardwalk Empire, the developer does a great job encapsulating the 1920s feel to a tee. Although the story and characters are woefully generic, they really nailed the theme.

Once you’re done with the samey campaign, you can replay it again on one of its three difficulties, tackle the game’s coop and competitive multiplayer, or play sandbox mode. The problem with multiplayer is that it plays into the same trappings as the single player’s strategy portion of the game. In order to really enjoy it, you really should get with another person over voice chat who’s willing to suffer through all of the problems listed above.

Unless the developer adds some serious free DLC and content updates to make your choices more meaningful, you probably aren’t going to want to play it again.

If you’re really into mafia movies and other cosa nostra flavored dealings, you might get some pure novelty enjoyment out of it on a Steam sale, provided you can put up with the repetitive nature of the game. For everyone else, it’s probably best to “forgettaboutit”.