Muramasa Rebirth is a fine upgrade to the original game, but there was one thing that didn’t sit right with me. For whatever reason, someone decided to take the only new content that was created for the game (four new characters with original stories), and sell it as DLC rather than an extra.

It’s a shame, because with a bit of extra content, Rebirth would have been an absolute must-buy for pretty much everyone — even if you played the original Wii version to death. Having said that, if all of the DLC is as good as the first entry, it’ll be worth picking up regardless. 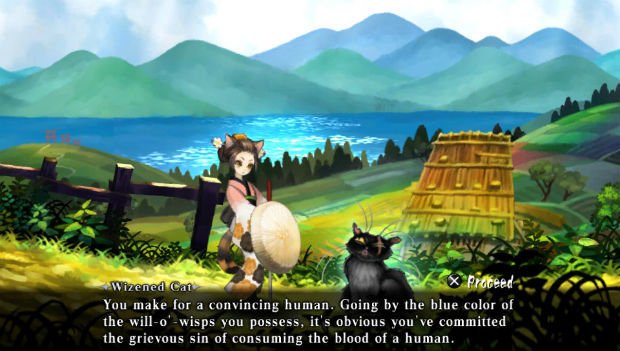 First things first, upon downloading the first DLC, Fishy Tales of the Nekomata, you’ll have the option to select “Genroku Legends” from the main menu (don’t forget the title update if it’s not showing up). That’s right — there’s no need to complete the core story in any way, as each DLC is a completely separate option that has no ties to your original save file — Genroku Legends has its own menu and save system, almost like an expansion. That’s great news for newcomers, as the tales are not only gaidens (side stories), but they also don’t require any prior knowledge or specific ending to enjoy. As an added bonus, they can be played on both Legend and Chaos difficulty from the start.

Fishy Tales of the Nekomata starts off right — with the ability to control an adorable cat and innocently spy on some villagers. The tale quickly goes from cute to disturbing however, as a brother and sister are brutally murdered by thugs hired by her family’s chef, all for a prized tea set that was going to be delivered to the shogun. Swearing revenge, Okoi is transformed into an avatar of hate by way of the aforementioned feline, and becomes a host to a cat demon. In true Muramasa form, the cat spirit (Nekomata) is based on actual Japanese folklore.

This is where things get pretty interesting, despite the fact that this tale is essentially a familial and more intimate affair. All of the characters (even the vile betrayer) are interesting, and Fishy Tales really did a great job of sucking me into Okoi’s world. It helps that there’s full spoken Japanese dialog present in tandem with the impeccable Vita translation, and it really drives home the point that this DLC isn’t some cheap rush-job addition. 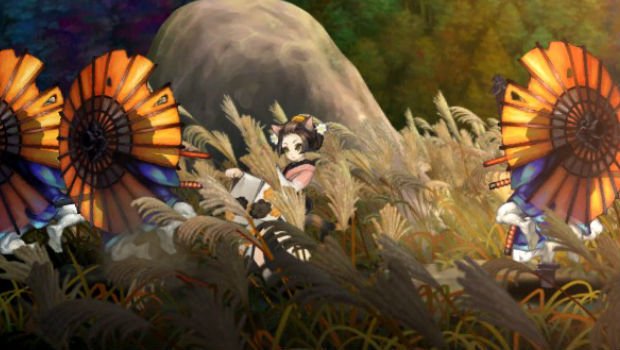 Okoi’s gameplay and fighting style is also very fluid, and you can take advantage of her standard human form with the added benefit of claw attacks, as well as her “Miike” form (which is literally a cat) who can scratch and breathe fire, and the all-powerful “Avatar” special attack (which is only usable after you power up a special meter). Both main forms have their advantages, and are unique in their own way as you’ll soon learn after busting out your first few combos with them. It’s like playing with two different characters in a fighting game.

The Avatar is pretty ridiculous, as you’re able to commandeer a phantom spirit consisting of a giant face made up of cats. You can breath fire and attack as one, and as usual, the animation is top notch. It adds ridiculous element to the game and complements the theme of the DLC perfectly — not to mention it’s fun to actually use. When your meter runs out all the cats scurry off. Adorable.

Changing forms is like changing swords in the core game (with durability in tow), but more fun and impactful. Rather than shift to a similar-looking sword that may not make a whole lot of difference (depending on your equipment of course), morphing between human and cat form makes for a vastly different set of tactics every time. Learning when to use close combat and ranged attacks is not only fun, but unique to Okoi as a character, which further differentiates the DLC from the main game in a good way. 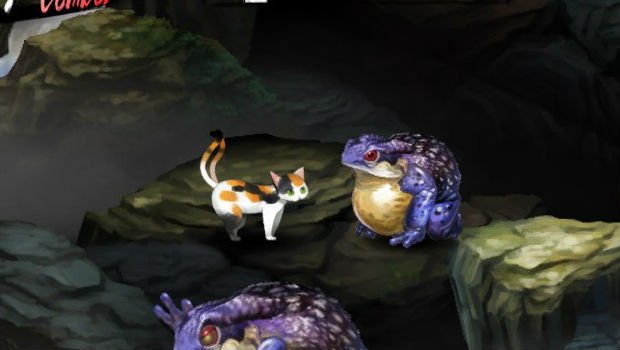 You’ll also still have a skill tree (which is also specific to Okoi, and not to the swords like Rebirth proper), equipment unique to the DLC, and all of the other details that Rebirth allows for Kisuke and Momohime. It also still looks as beautiful and as smooth as ever, and most importantly, it’s still challenging. Even the first fight on Legend difficulty can be an ordeal, and it kept me on my toes throughout the entire DLC.

Nekomata will run you around two to three hours your first time through, although there is a speedrun trophy for finishing it under an hour. This might sound light, but it ensures that the story is streamlined, and results in less backtracking or tedium. In ways, it’s more fun than the core game because it’s basically nonstop action and story with little downtime. There are also two endings and a boss rush mode should you want more.

I heartily enjoyed my time as a cat in Muramasa Rebirth, and I can’t wait to see what the other DLC stories can do. Vanillaware ingeniously was able to tie the heart of the game into its first Genroku Legends side story, while giving it a fine heart of its own. It’s so well done in fact, that I could easily see a full game starring Okoi one day.