I have an interesting relationship with the Jak and Daxter series. I went into the first game expecting absolutely nothing, and came away so impressed that I now consider it one of my most beloved platformers of all time.

But was once a whimsical and fairly child-friendly series quickly took a dark turn, as Jak is not only captured at the beginning of the second game, but tortured for two years and turned into a half-mutant dark version of himself. Jak was no longer the cute mute he was in the first innocent adventure — he was animated, vocal, and angry. This evolution of the formula is just one way Naughty Dog kept the franchise fresh, and relevant.

In other words, you absolutely need to experience this trilogy — but probably not on the PlayStation Vita. 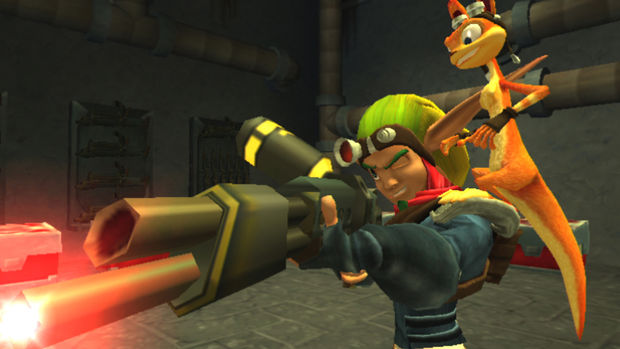 The Precursor Legacy (the first game) is my absolute favorite of the pack. There’s something about the whimsical charm of the game’s world, graphical style, and characters that really won me over from day one. Although it easily could have been “just another mascot clone,” it transcended the realm of borrowed tropes and forged a name for itself. The game is a perfect match of platforming, action, and collecting without any one aspect overwhelming the player at any given time.

But there’s one major problem with the Vita collection’s version of Precursor Legacy — it suffers a severe drop in framerate from the PS3 version, and has input lag to boot. While the other two games run respectably on Sony’s portable, the first game’s issues are utterly obvious. It may have something to do with the open-world nature of the game (since Jak II and 3 have lots of segmented areas). Precursor Legacy is still technically playable, but not without the aforementioned headaches.

Thankfully, Jak II steps it up a bit and provides a better framerate and no input lag to speak of. It also boasts a darker plot, guns (for better or worse), and severely overhauled gameplay mechanics. It even has elements of Grand Theft Auto in the form of traversing its hub world (Haven City) with flying vehicles.

It also goes a step further and eschews the fairly simple difficulty of the original in favor of an incredibly punishing, much tougher challenge. It’s reasons like these that made Jak II so polarizing even to this day, but as a general rule I think it’s a still a very serviceable platformer that has some interesting, unique concepts, and you have to respect Naughty Dog’s desire to innovate. 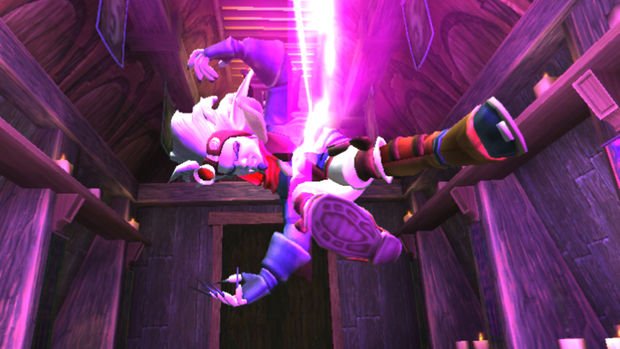 Jak 3 is basically an amalgamation of everything Naughty Dog learned from the first two games. That doesn’t necessarily mean it’s better — it just feels a bit different. The visuals hold up far better than its predecessors, and despite the initial barren feeling of the desert Wasteland zone, it manages to present one of the most memorable environments yet. Gameplay-wise Jak 3 mixes it up more than almost any other platformer before it, adding in arena portions, as well as fun minigames and a better racing minigame than Jak II. While I don’t like it nearly as much as the first game or the second, it still holds its own and is easily worth checking off a bucket list.

Every single person has a different view of each game in the core Jak and Daxter trilogy, and that’s one of the reasons that makes it so special. All three games try new things and almost feel like they’re not even in the same franchise, which makes this a perfect candidate for a collection given the sheer amount of variety. But not all ports were created equal, and the Vita version simply cannot match up to its PS3 counterpart. 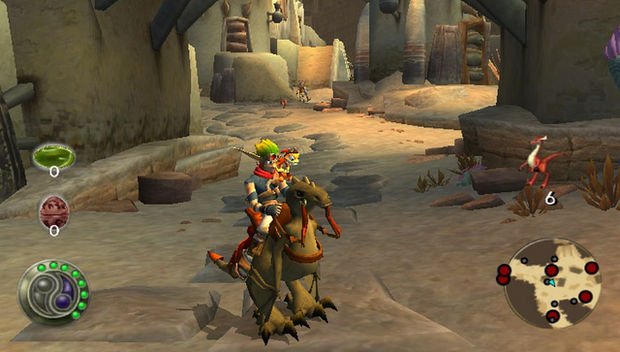 There also isn’t any new content to speak of or any Vita-specific bonuses, outside of adding touch-screen controls to the trilogy’s sparing mini-games, and mapping L2/R2 functionality to the rear touchpad (which is awkward, by the way). Just like the PS3 version, you can’t quit out of a game and re-select another in the trilogy without resetting it entirely. To make matters worse, the Vita version never pushes 60 frames per second like the PS3 collection, and approaches a rate consistently closer to 30 (or lower).

Jak and Daxter is an excellent franchise and one of my all-time favorites, but the Vita collection doesn’t really do it justice. If you’re keen on experiencing these classics, whether it’s for the first or fortieth time, it’s probably best to wait for either a price drop, or just pick up the superior PS3 version.