It’s five months later, and inFamous: Second Son is still one of my favorite games of the year. As a massive improvement in just about every facet of the franchise, I enjoyed seeing how Delsin’s story played out, and as I slowly made my way towards a 100% completion rate, I wanted more.

Well, we’re getting just that with inFamous: First Light, a standalone DLC story not unlike Festival of Blood, starring Fetch — the neon heroine from the original. 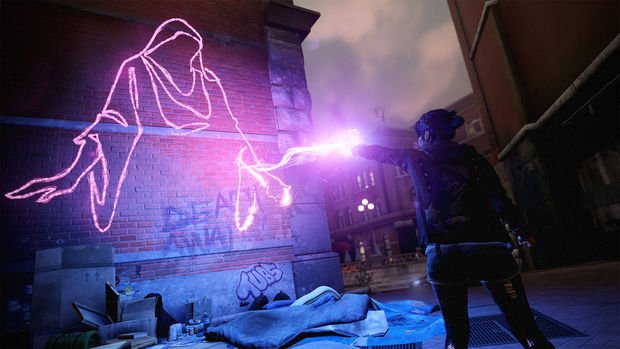 To be clear, First Light is a completely standalone game, and you don’t need access to Second Son to play (although it does augment it, which I’ll explain later). As an added bonus, the story takes place before the events of Second Son, and also recaps the entire Conduit situation if you’ve never played an inFamous game before. First Light is a miniature campaign involving Fetch, a likable and sympathetic character who has basically been dealt a bad lot since birth.

Along with her brother Brent, Fetch gets mixed in with some gang-related dealings, mostly from her brother’s association with a shady drug dealer. Brent spends most of the time in distress, and Fetch spends most of the DLC on the warpath, forging tenuous relationships that don’t always work out. It’s interesting to see Fetch torn back and forth, being constantly used for someone else’s own devices, and the tragic angle works.

Despite her interesting characterization though, the story is straightforward and predictable. That’s not to say that it’s bad however, as I was still interested in seeing what happened and how each event unfolded, even if I had some idea of the conclusion based on Second Son. Mission-wise objectives are very similar to Second Son, in that they vary significantly — one minute you’ll be escaping from the authorities, and the next, you’re hunting down a target, and so on. Almost every mission feels different, even if the objectives aren’t wildly different than most open world games.

Of course, Second Son’s rock-solid gameplay foundation is where the fun really lies. Instead of having access to all four major powers like Delsin, Fetch only gets to use neon-themed abilities — but thankfully they’re super-charged and a ton of fun on their own. She has an unlimited run power (that runs up walls and through the air), a stasis field, standard melee attacks, a heavy projectile, and an ultimate ability. 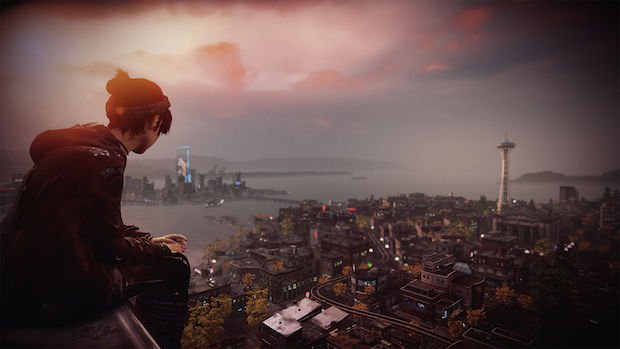 Your mileage may vary depending on your prior use of neon powers in Second Son, but Fetch’s quips and pure focus on the style feels unique in its own right. The story will last you around five hours or so, but there’s about double that in terms of extra content.

Although the map is contained to just one (giant) zone, you’ll have plenty of Lumens to collect, races to engage in, graffiti spots to tag, and drones to seek and destroy. Just like in Second Son, I was immediately addicted to finding skill-buffing Lumens, and spent my first two hours of the game hunting them all down. The way the map design gels with the powers is pretty incredible, and very addicting. 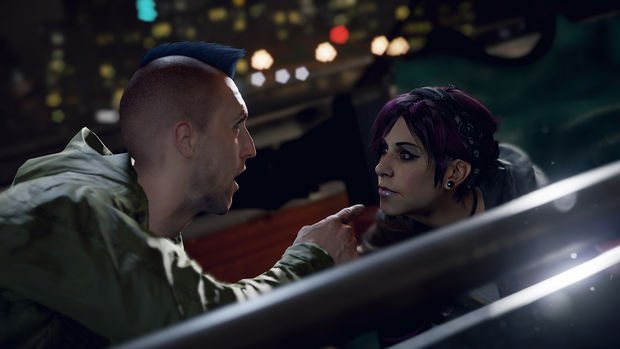 First Light also has a horde-style mode in tow, which gradually unlocks as you complete the story. There’s three arenas in all, with a mixture of objectives like “save the hostages,” and “kill everything.” The best part is that you can use either Fetch or Delsin (provided that you own Second Son), who can tap into both good and evil powers as well as the full spectrum of abilities from the story. The point system is interesting enough too (it jumps out at you and is very arcade-like), and leaderboards add to its allure.

Full stop, inFamous: First Light is more Second Son, which is a good thing. Although I wasn’t nearly as invested in Fetch as I was with Delsin’s story, this is a great way for fans to return to the super-powered world of Seattle, and an even better way for newcomers to get a taste of the series.