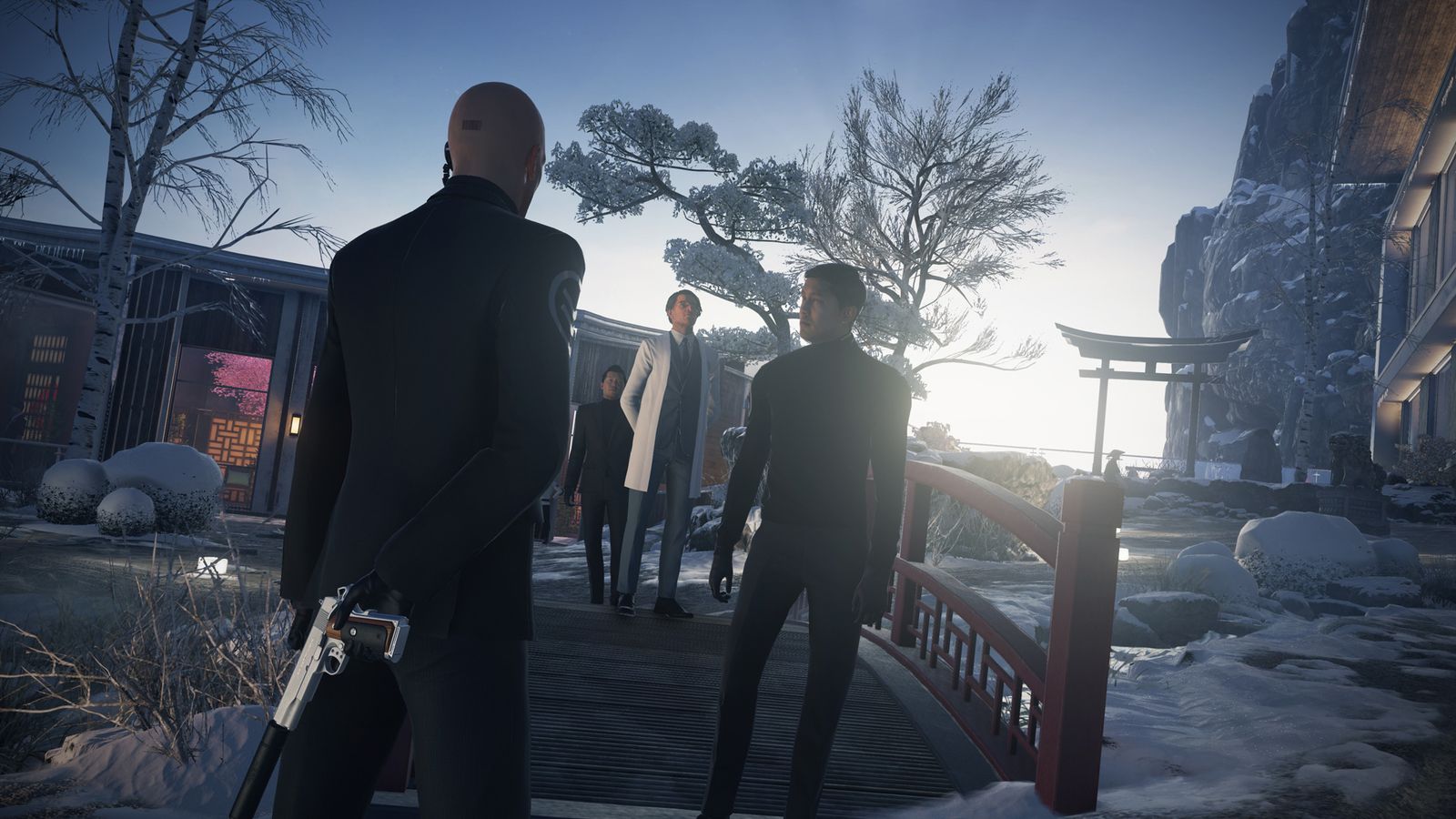 Well folks, this is it!

The time has come where we stop arguing about whether or not “it would be nice if Hitman just released a damn complete edition already.” With its “Japan” episode, production is finished, and although the physical version isn’t due until January, you can access everything now with a digital season pass.

Your mission this time is to take out Eric Soders at a “hyper exclusive hospital and resort” called GAMA, during his three-day heart surgery tenure in Hokkaido, Japan — as well as Yuki Yamazaki, a lawyer that has threatened to release a list of ICA operative names. Even with its high-octane intro video, I found little reason to care.

No, they’re not the most interesting targets but the environment more than makes up for it. There’s plenty of historical Japanese architecture Frankensteined into GAMA alongside of the advanced dystopian belly of the hospital, and it also sports the interesting overarching concept of an AI running the high-tech outfit. It’s a style that’s incredibly reminiscent of Sapienza, the best map of the bunch, so it stands to reason that IO Interactive decided to borrow heavily from it.

The AI (which is like a friendlier, green version of HAL) is a part of the mission from the start, informing Agent 47 that his robe has been outfitted with an ID chip — a portent of the unsettling future to come in the real world, and a cool gimmick for a stealth-based video game (keycards are intrinsically linked to your ID). This was a fun one to just roam around in given the diverse cast of characters you’ll encounter, which includes a dude in a cowboy hat and a bright pink robe and employees you’ll feel bad for choking out. And since access relies on hacking doors or obtaining an appropriate ID, there’s a light puzzle element to the whole thing.

It’s beautiful, too. I’d often gaze outside of the window onto the vistas beyond, and multiple Bond films would come to mind without feeling like it was an overt influence. Classical Japanese tunes and the soothing nature of the spa itself are heavily at odds with the terse tone of Colorado (the last episode), which just goes to show why Hokkaido and Sapienza are so effective — the calm nature of their designs augment the chaos and destruction players weave inside. I’d even go so far as to say that these two particular episodes put the rest to shame, even if there hasn’t been any outright bad offerings so far.

This is a playground that doesn’t feel overly gamified. It’s something I’d want to periodically return to just to roam around in it and take in the sights. That includes the Kill Bill Bride vs. O-Ren Ishii-ass outdoor promenade with zen garden attendees (sorry for fucking up your Chi guys), and the luxurious default starting room with a balcony. There’s still plenty of things to do (you can tamper with a bidet or overflow your sink in your room), and a lot of unique ways to kill fools, but I found myself mostly in awe of my surroundings while all that was happening.

Hitman has been an uneven project (Marrakesh and Colorado were a cut below), but even at its worst it’s still an above-average stealth romp. It’s been a long and laborious seven-and-a-half-month process with several delays to boot, but it’s all here now, and worth picking up. Not to mention, Square Enix has done a noble job of actually updating the thing beyond DLC, fixing up several large glitches that plagued the first few episodes.