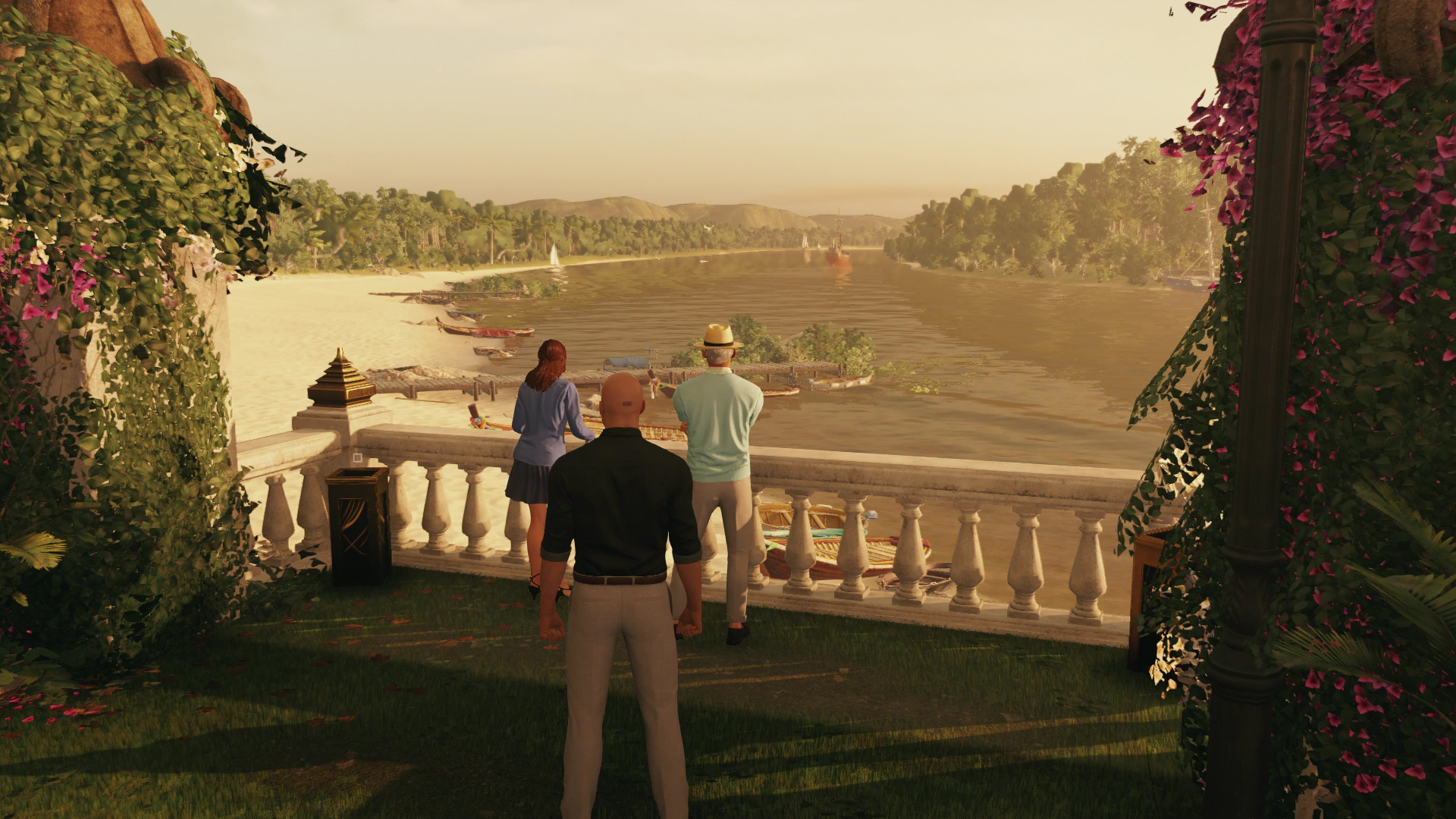 Hitman has been getting run through the wringer over the past five months, and it has almost nothing to do with its gameplay. No, the core is pretty sound — a natural evolution of the “find and kill” staple it helped define in 2000 — but rather, it’s the delivery process that’s polarizing.

The episodic model hasn’t caught on with everyone, a fact that I see as clear as day in just about every Hitman-related story. But all you early adopters who have stuck it out have been greeted with three decent episodes so far, and you don’t have too much to worry about with Bangkok either.

With each episode we’re treated with some sort of tenuous connection in terms of the targets and their relation with the story, and so far, I haven’t bought it. Hitman‘s cutscenes can’t shuffle off the screen fast enough, and for the most part, I’m okay with treating it like an arcadey score-attack type of game, rife with “can I do this?” and “what if?” scenarios, with a little side of vampire magician costume absurdity. This time, the poor unfortunate souls in your crosshairs are an indie band frontman Jordan Cross and his bloodsucking lawyer, set to the tune of a luxury resort in Bangkok, Thailand.

“Why are you murdering this random dude,” I’ve been wondering for weeks, but the game settles that pretty quickly — he allegedly pushed his girlfriend off of a building and got away with it, so a little bit of assassin justice is in order, of course. It’s…enough of an excuse to get back into action, but I never really need an excuse per se with this series. Now, that aforementioned “what if” test is really important, because each map of Hitman is akin to a playground, and there should be plenty of opportunities to play with.

At this point some of the angles (impersonate, poison) are starting to become saturated, but Bangkok does offer up enough to keep us entertained. I’m always amazed at how IO manages the relationships of each subculture, and it strikes at the core of what makes Hitman so great. For instance, the hotel security is a separate entity from Cross’ personal bodyguards, and won’t allow access to certain areas. Those groups are of course separate from the wait staff, groundskeepers, tourists, and production crew members. No matter what shortcomings each episode has, this strong foundation of living AI cast members is always there to pick up some of the slack.

Where Bangkok mostly falters is the actual setting. It’s less focused on Thailand and more on the “Himmapan luxury hotel,” which doesn’t really go far enough and frankly, isn’t as luxurious as it claims. Part of the disappointment comes from the fact that you can peer over and see a massive, cool-looking temple in the distance at the start, but are forced to instead adhere to the limitations of the hotel. It’s a little too similar to Paris with its posh, multi-tiered setup, not as unique as Sapienza, and a touch better than Marrakesh’s barren environments.

The Himmapan is mainly one big setpiece as opposed to a collective of smaller spokes on its wheel, leading to a homogenized feel that isn’t necessarily replicated in other maps (where you have the cliffs and Bond villain laboratory of Italy, and the war-torn checkpoints of Morocco to fool around with prior). As usual, unlocking more spawn locations and item drops (as well as the multitude of busy-work challenges) make everything more fun, but that can only get you so far when the focus is so standardized.

If I paid money for Hitman with just two packs to go (USA and Japan), I wouldn’t feel slighted even if Bangkok and Marrakesh are weaker than the others. Diced up or whole, this can of blood-soaked tomatoes serves up so many experiences that aren’t offered just about anywhere else outside of the original entries.