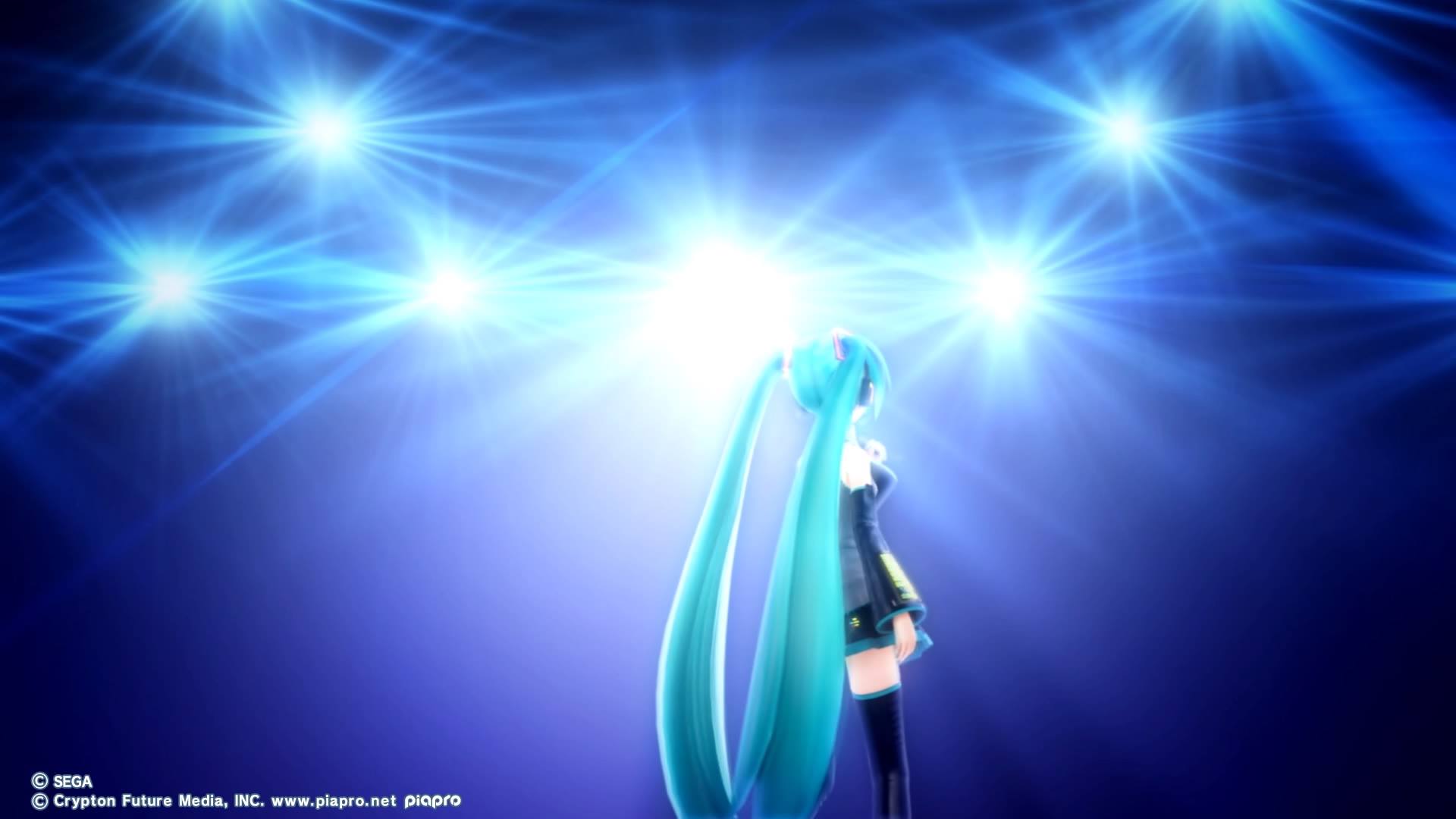 The kawaii queen and her Vocaloid cronies are back to pleasure your earlobes with their magical robo-voices for the first time on PlayStation 4, and the third time on PlayStation Vita. That’s right, the PS4 finally has an exclusive music and rhythm game that doesn’t suck, and it has tweens in swimsuits, which will make someone happy for sure.

If you’ve not jumped on the Vocaloid bandwagon, now is a great time to start, that way when Hatsune Miku becomes official queen of the world you’re ready to bow and kiss her digital toes while complimenting her smash hits. Plus, this is probably the best music game on PS4, so you can’t go wrong there. 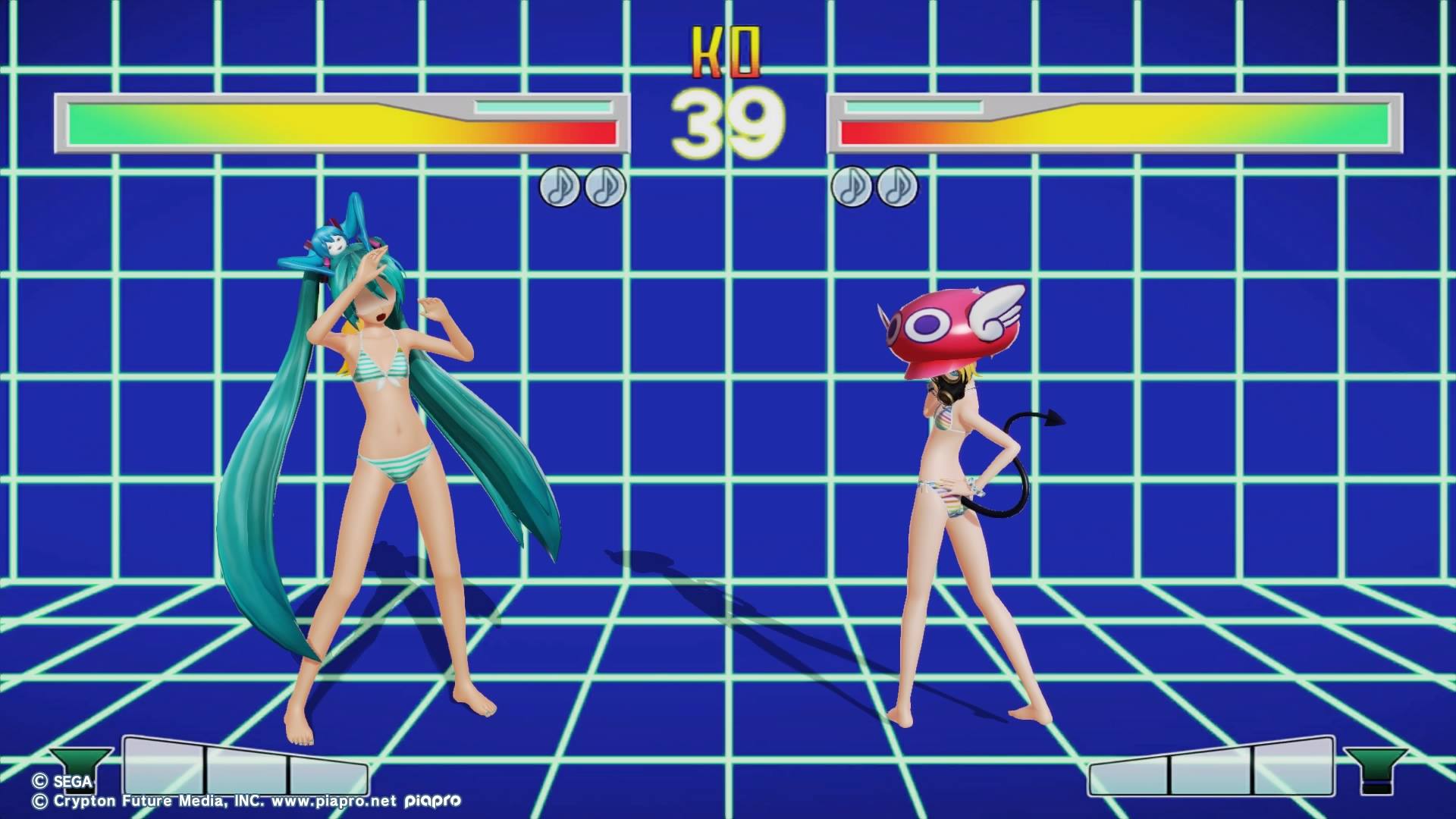 The previous titles in the Project Diva series on PS3 and Vita have all been pretty great little games that seem to not get the recognition they deserve. Cult status, if you will. This one makes improvements in a few different ways, but also shoves a stick in its proverbial spokes — though not enough to derail the game.

The Hatsune Miku games are very standard music games, with the only differences being notes can fly in from any side of the screen, and you get to play dress-up with your characters. In previous iterations, the process of selecting a song, dressing up your characters, and unlocking content was marred by a slow-loading menu system which has now been streamlined to be far quicker and more intuitive. However, the newly added story mode is that stick I mentioned. To unlock songs, you’ve got to play through this mode, which is essentially a bunch of dialogue between characters after every few songs.

If you’re buying with the hopes of finding a deep story, you’re going to be let down. The story amounts to the Vocaloids performing different themed songs to fill up crystals. Why? I’m not quite sure. Each crystal has a theme like cute, cool, quirky, or so on, and the story amounts to the Vocaloids being concerned they can’t sing in that style or present that style well enough while the others ensure them they can; over and over. If anything, the story gets in the way of the actual gameplay, though not as much as the previous clunky menus. Thankfully you can essentially skip story sections, and trust me when I say you won’t be missing anything.

Whether or not the song selection is better than the other games depends on your tastes. There are tracks here from many genres except country — even rock and rap songs, including one from what I assume is some recent iteration of what we know as Power Rangers (you can even unlock ranger costumes for the characters). I especially love the song “Satisfaction,” because it has that sweet EDM beat and build-up that I like to dance to when drunk (I’m shit at dancing, in case you were wondering). All the lyrics to songs are subtitled, and while I’m not sure how you’re expected to read them when you’re frantically mashing buttons, it is a nice touch. You can get such great lyrics as “Dripping from the cracks of meaning” which I swear I didn’t purposefully screencap for this review, it just happened to be there. Sometimes things just come together, you know?

The action going on behind the notes on-screen can sometimes be distracting, but I never found it enough to make me miss or not be able to see notes, and because notes are shaped liked the buttons you have to press, I don’t think color blind people will have any issues playing. The performances leave a bit to be desired, as now they are more live performances when previous games had some that were closer to music videos or stories being told through interpretive dancing. This could be due to being able to edit performances to your liking with a simple-to-use but in-depth mode that looks similar to most video editing software out there, timeline, camera edits, and all.

Speaking of cameras, there is a photo-taking mode where you can pose the Vocaloids in a tremendous amount of poses, with backgrounds that range from realistic to things a bit more gamey like a fighting game background. Hilariously, if you try to rotate a character to see up their skirt, they’ll turn into a silhouette and start to change their position. What makes this so funny is that every character has unlockable swimsuits which are basically just them in skin-tight underwear. Maybe it was an ESRB thing? 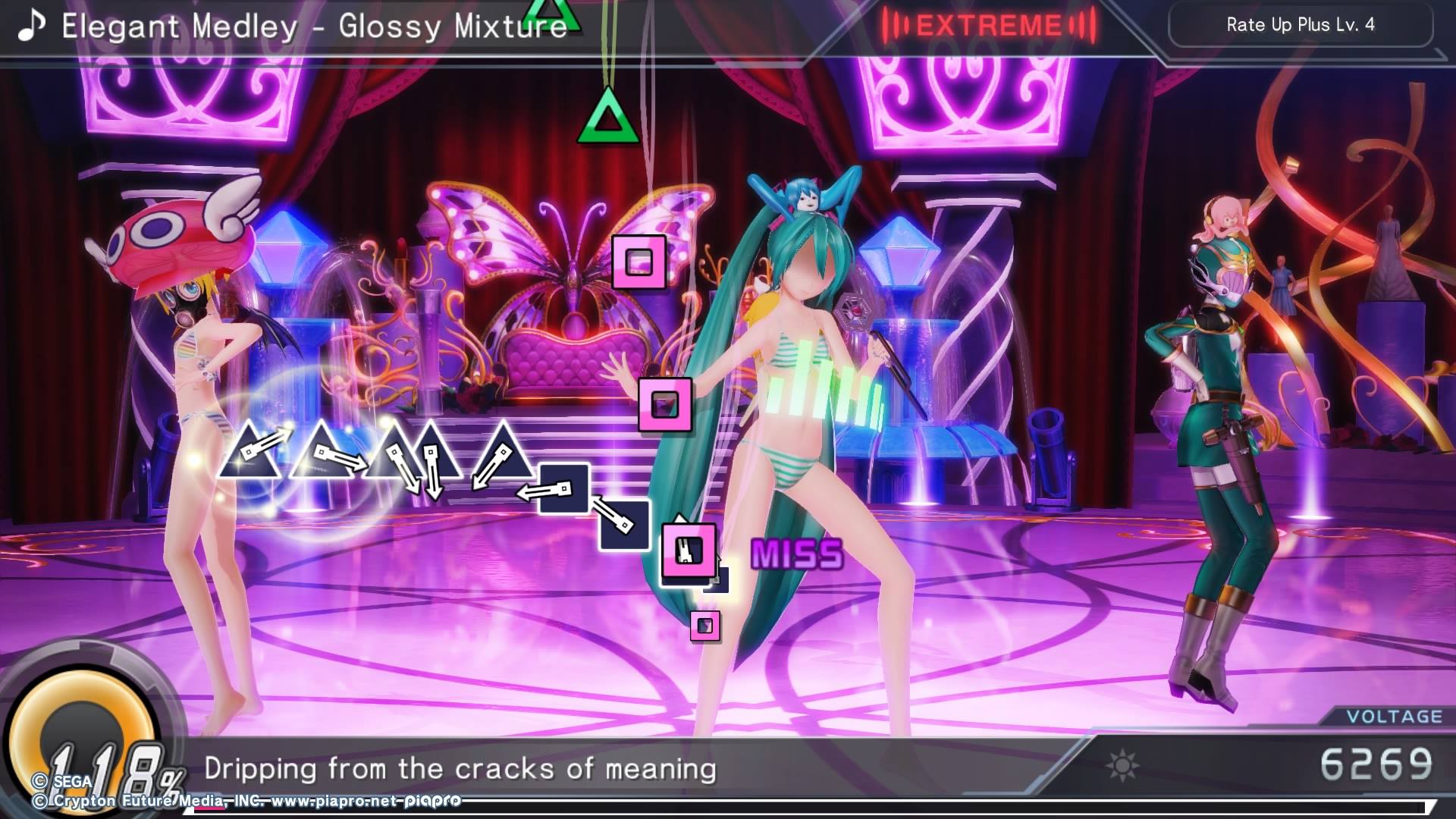 As I’ve mentioned, there are tons of unlockables, with each character having many outfits that are specific to them. On top of that, you’re able to unlock accessories for various parts of their bodies. Costumes are unlocked via completing chance sections in songs successfully, which are essentially solos that end in a star icon. Stars can only be played by flicking one of the sticks or sliding on the PS4’s touchpad which is actually the way I preferred to play. Finally, a game that put it to good use! Accessories and gifts are unlocked at the end of songs seemingly randomly if you get high enough scores. Costumes are earned randomly as well, and sometimes you will get duplicates, meaning there can be a bit of grinding, but at least you don’t have to save up points to buy them like you did previously.

In the story mode, you’ll have to try to dress your characters based on the “aura” of the song you’re playing. Costumes and accessories have auras assigned to them and when matched to the song, it grants you a bit of a head-start. Certain accessories can be combined for bonus aura as well, so you can experiment a bit to get bigger head-starts in songs. While this gives clothing a bit more reason, it also prevents the player from dressing however they want (at least in the story mode, as it is the only place that it makes a difference). That said, all the costumes are so pretty that it is hard to be upset about playing with any of them.

You’ll also earn gifts to give to the Vocaloids that increase their friendship levels and are then displayed on the home menu, which is fully customizable with different settings and any characters and their respective costumes. When giving gifts, you’ll sometimes unlock cute little videos with the characters using said gift. I never thought I’d want to see Hatsune Miku pretend to box a suit of armor, but now I’ll always have that memory. Thanks, video games! I never really fully understood the friendship stuff aside from reaching max level grants you some additional outfits and I believe a trophy for each character. It didn’t seem all that important, that is for sure.

While this iteration fixes many of the annoyances of the previous titles, it added a few of its own, though not enough to sour the experience. This is hands-down the best music and rhythm game of the current generation of home consoles, though it isn’t exactly a competitive genre these days. I’d rank Project Diva X in my top ten favorite music games ever, but no one has yet to topple the king; PaRappa the Rapper is still the funky flowing top dog of the genre.

Now if you’d excuse me, I’ve got to go back to praising my Vocaloid queen.