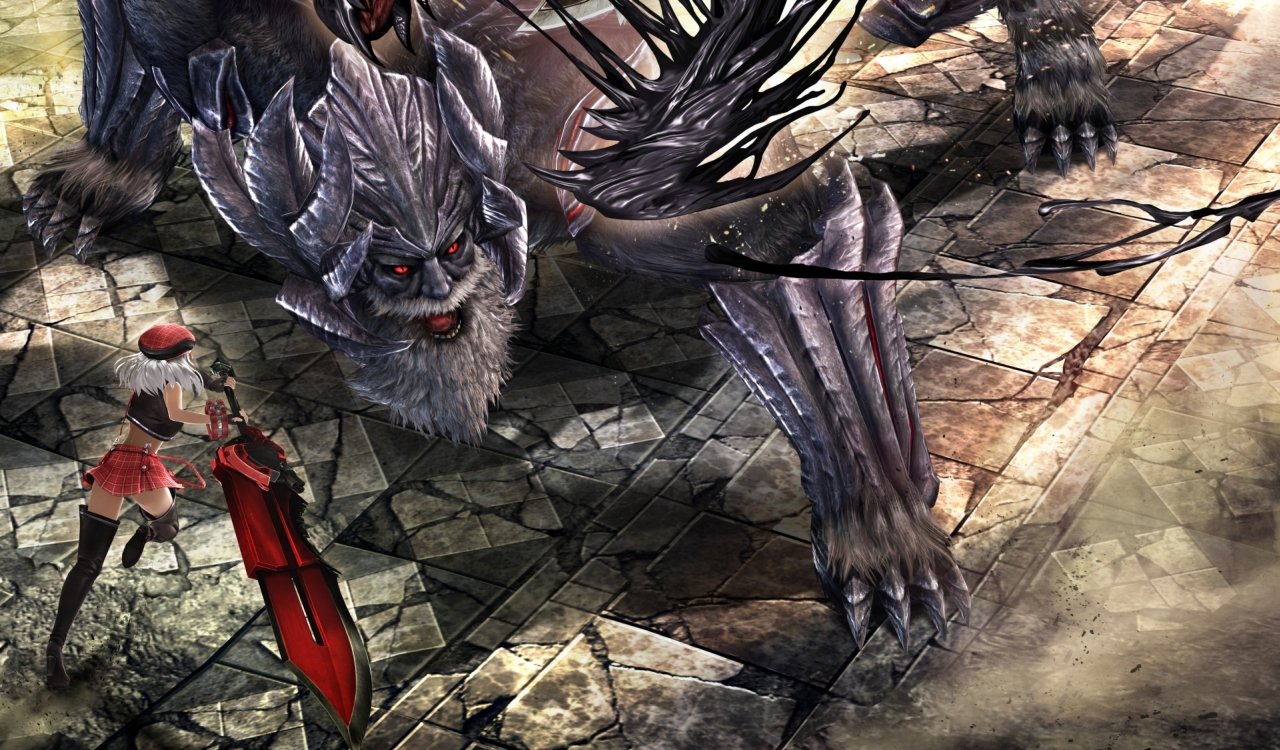 It’s been quite a long time since Bandai Namco first threw its hat into the monster-hunting ring with God Eater, and since then the landscape has changed. Monster Hunter itself moved to the Nintendo 3DS, a whole new generation of consoles launched and matured, and gaming as a whole went further online, away from the local-area antics that founded and sustained the hunting genre in its Japanese homeland.

And now it’s back as God Eater Resurrection, an enhanced remake of the original game. But will it be enough in this day and age, or have gamers’ appetites just changed too much?

The good news about God Eater Resurrection is that it’s a fresh game from most any relevant angle. The long half-decade between the release of the PSP original (back when it was renamed to “Gods Eater Burst for fear of getting religious types riled up) and now has kept sequel fatigue from setting in the way it has with some of the competition, and new features and gussied-up technical aspects will appeal both to new people wondering what the fuss is about and franchise veterans curious about what’s coming in God Eater 2: Rage Burst, which this game effectively acts as a prequel to. At the time of this writing, pre-orders for Rage Burst will net both games, which isn’t a bad deal if you’re already sold.

In any case, being able to see God Eater Resurrection as a fresh release helps reaffirm the game’s appeal, and highlights what the original brings to the table in a genre typically associated solely with Monster Hunter.

Most obviously, God Eater Resurrection brings the anime-ness. Whereas Capcom’s giant is content to provide a relatively chill, neutral fantasy backdrop to slaughter giant beasts against, God Eater confidently strides the path of otaku appeal. Players are cast as the newest member of the God Eaters, a corps of soldiers working for Fenrir, humanity’s last bastion against the Aragami, a race of massive beasts that live only to consume everything in their path.

Loved by some and hated by others, the God Eaters are the only ones capable of harming Aragami, and they do so by chopping, smashing, shooting, and biting them with God Arcs, weapons that regularly dwarf their wielders and morph from giant swords into giant guns and even into giant monster-mouths.

Between the cool, sexed-up character designs, post-apocalyptic style, and J-pop inflected action, God Eater Resurrection distinguishes itself by dint of presentation, as well as by providing an actual narrative to follow and characters to listen to. Players in search of a reason to murder huge monsters beyond the desire to turn their remains into even better monster-murdering paraphernalia will find what they’re looking for here.

Don’t expect Shakespeare, though, or even Neon Genesis Evangelion. The story and characterization are thinly drawn by the standards of JRPGs, and it wouldn’t stand well on its own. That’s actually a verifiable fact because God Eater did get an anime adaptation last year, and while pretty, it was quite boring when separated from the actual game itself. What’s there does do the job, and it’s just enough for people who want a story to go with their monster-skinning. Plus, the whole thing has received a new localization, with a decent dubbing job, more polished translation, and prettier character models overall.

The new sheen on God Eater‘s presentation and technical performance (framerate drops from the PSP version are absent on both the Vita and PS4, though the Vita version has more noticeable aliasing) go well with a number of mechanical updates. The available arsenal of weapons has been roughly doubled, for one, thanks to retroactive additions from God Eater 2: Rage Burst.

For example, the new Boost Hammer is a massive mallet that can activate a rocket engine in its head to deliver a rapid, stamina-draining series of blows, while the Charge Spear adds a backflip and charged lunge attack to the player’s mobility options. The Variant Scythe concentrates on wide, sweeping chain attacks that make up for a slightly wonky lock-on camera. Even the original Short, Long, and Buster Blades have been tweaked to allow for more distinct play options, such as adding an attack-cancelling “Zero Stance” to Long Blades that allows skilled players to chain together infinite combos, or further enhancing the Short Blade’s crazy air-dash and step-cancel abilities.

Even the game’s gun and devour modes have received some attention, with the gun subtypes getting their own distinct features and the devour modes unlocking various “Predator Styles” that confer varying benefits based on where in the chain players opt to take a bite out of their enemies. Add to that an absurdly detailed Bullet Editor that allows players to make their own customized ranged projectiles, and there’s plenty to sink one’s teeth into on the way to the next gear upgrade.

The additional mechanical depth helps God Eater Resurrection players enjoy mastering their choice of weapon. The combat lacks the sheer depth and deliberate animation of Monster Hunter, but it moves much more quickly, and is generally more forgiving, not least because of the new improvements to AI party members and a new progression system related to taking them along on hunts. Players who’ve got hunt-happy friends can take them along instead, as multiplayer is supported across both PS4 and Vita, including cross-play and cross-save (though not cross-buy).

Thankfully, none of the new systems compromise the game’s commitment-light structure in the quest for greater engagement. Players won’t spend hours harvesting herbs, mushrooms, and tree branches just to keep up with what they’re hunting. Indeed, some extra challenge missions make farming materials even simpler, freeing players up to concentrating on enjoying the combat.

At the same time, though, there’s no escaping the fact that the game is, despite the new looks and features, five years old. It plays better than it ever did, but its PSP legacy is inescapable thanks to the limited environments and lack of scale. No amount of tarted-up character models can disguise it, not to mention that all of this stands in the shadow of another full-sized God Eater game due a few weeks from now.

Further, thanks to its odd path to release God Eater Resurrection it may even look quaint to players who got deep into the Shift-developed Freedom Wars.

Perhaps it took a move to the home consoles and a years-delayed retouch, but God Eater Resurrection shines as a less demanding, flashier alternative to the likes of Monster Hunter. It’ll never ask for the same depth of dedication, but it doesn’t try to, and in (not) doing so, manages to prove that being the “diet” version of something isn’t always a bad thing.

[This review is based on a copy of the game provided by the publisher.]