There comes an issue when you take on a review for a game that seems like it is made for you. I love turn-based tactical games, I love football (soccer for the yanks), and I love but don’t have the time to delve into Football Manager, so it would be easy to say that Football, Tactics & Glory is seemingly made just for me.

For others who have similar interests, Football, Tactics & Glory might be just what you wanted but never knew you could get. For those who don’t check off at least two of those interests above, well, this might be a bit of a chore for you.

Football, Tactics & Glory (henceforth FTG) is a strategy game mixed with sports RPG where you take control of a football team in a country of your choice. Starting at the bottom of your country’s league pyramid, you take control of a team in both on-field play and a base-building aspect of signing and training players while trying to keep your club’s bank account in the black. It’s a nice little take on an XCOM clone for those of us who are tired of shooting things in the head and would rather shoot a ball into a net.

The base gameplay of on-field play moves in a turn-based system where you get to do three actions in a turn before your opponent gets to do the same, trading off turns until time runs out. Your players can move, shoot, pass, defend, or hold the ball, and their success in those aspects is based on their skill level. Unfortunately, RNGesus makes a return here in that the outcome of your selected action is based on a skill check roll as opposed to using a hard number. It does get annoying when you have three times the amount of skill potential as your opponent and you get a bad roll and they break away for a score. 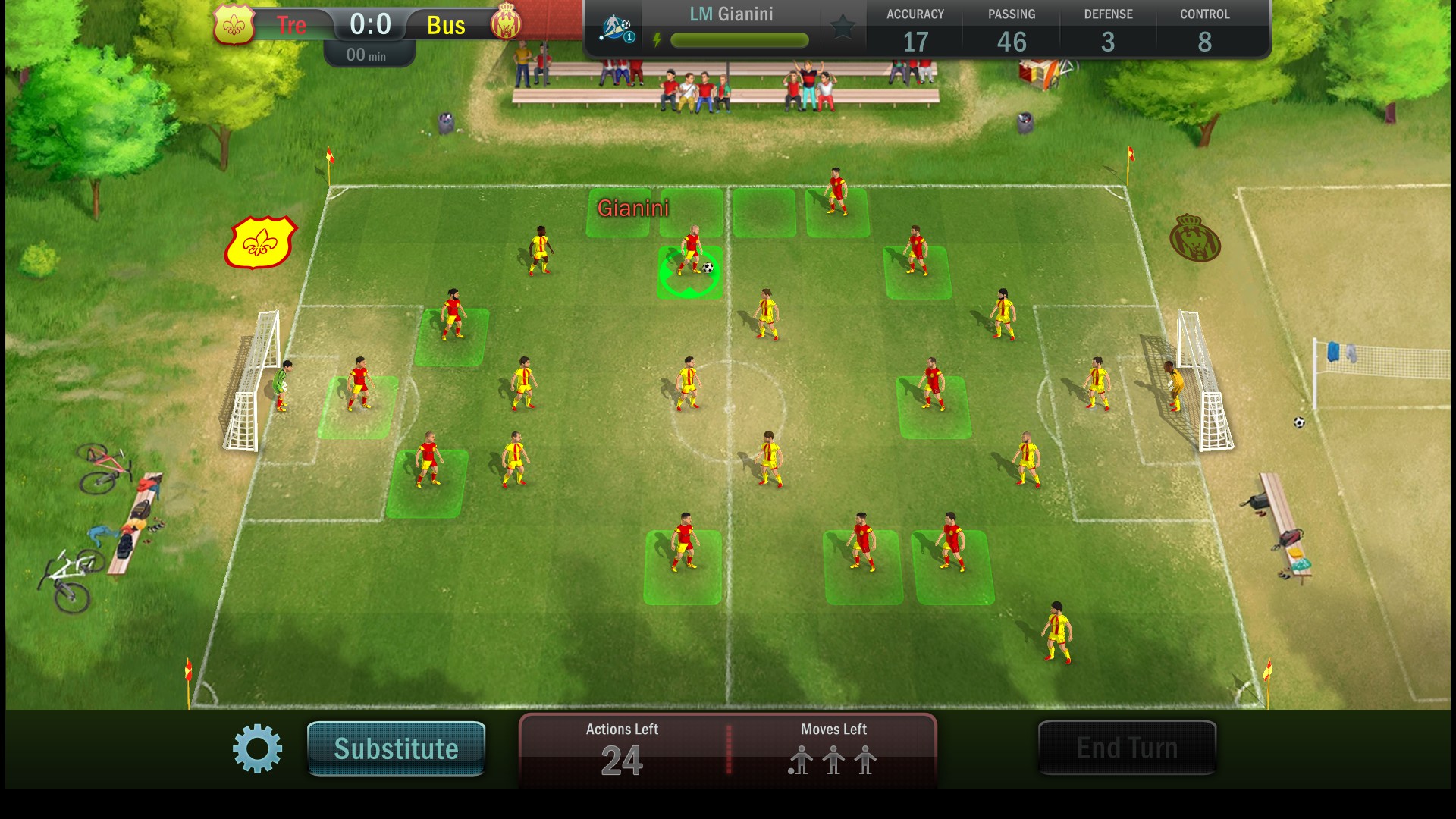 As you progress your players levels and their experience in a position, they are able to do things more efficiently. When I first started off I was having issues with the three moves a turn feeling like it wasn’t enough to get anything done, but as my players became more adept at their positions I was able to utilize them better and the game began to feel a bit fairer. So in this way, FTG will also appeal to those of you who enjoy RPG leveling of characters.

One of the challenges when turning the athletic chess match that is football into a turn-based tactical game is preserving the feel of the sport. To allow you to attack endlessly wouldn’t feel genuine, but you don’t want to make the game boring to even a fan. Thankfully, FTG finds a nice balance. The game moves in phases where sometimes you will go on a full offensive, and other times you will have to spend a full turn maneuvering people away from the ball to set up for an attack on your next turn or back into a defensive stance to prevent a score. 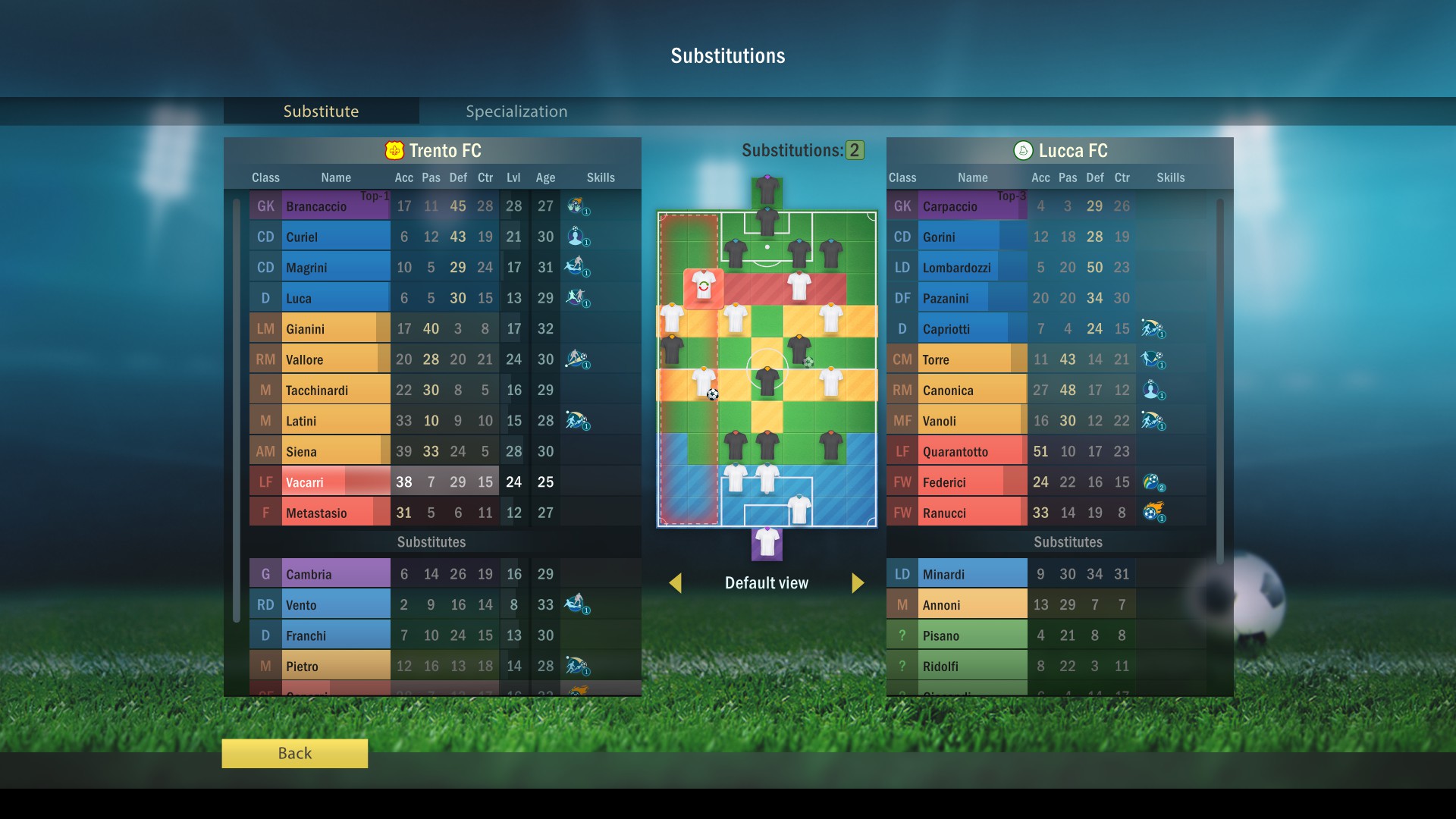 There is the issue where if you don’t know anything about football tactics, you might be a tad out of water with this game as there is little hand-holding in that regard. The basic tutorial goes through what you can and can’t do and what happens when you or your opponent breaks the rules in the context of the gameplay but as far as tactics and knowing how to properly penetrate a 5-3-2 formation? You’re on your own. See what I mean about niche appeal?

The team management aspect in FTG is perfect for those of us who want to get into Football Manager but don’t have the time to dedicate to spreadsheets and reading books on advanced football tactics. These mechanics have been stripped down to a manageable degree where the most you have to do is select one of four skills you want your player to raise as they level up, buy and sell players when their contracts are up, and choose perks for the players when they become experienced in a position. Every now and then you can upgrade your facilities to accommodate more fans to make more money or improve your training facilities; basic base building stuff that is well translated to the sports world. 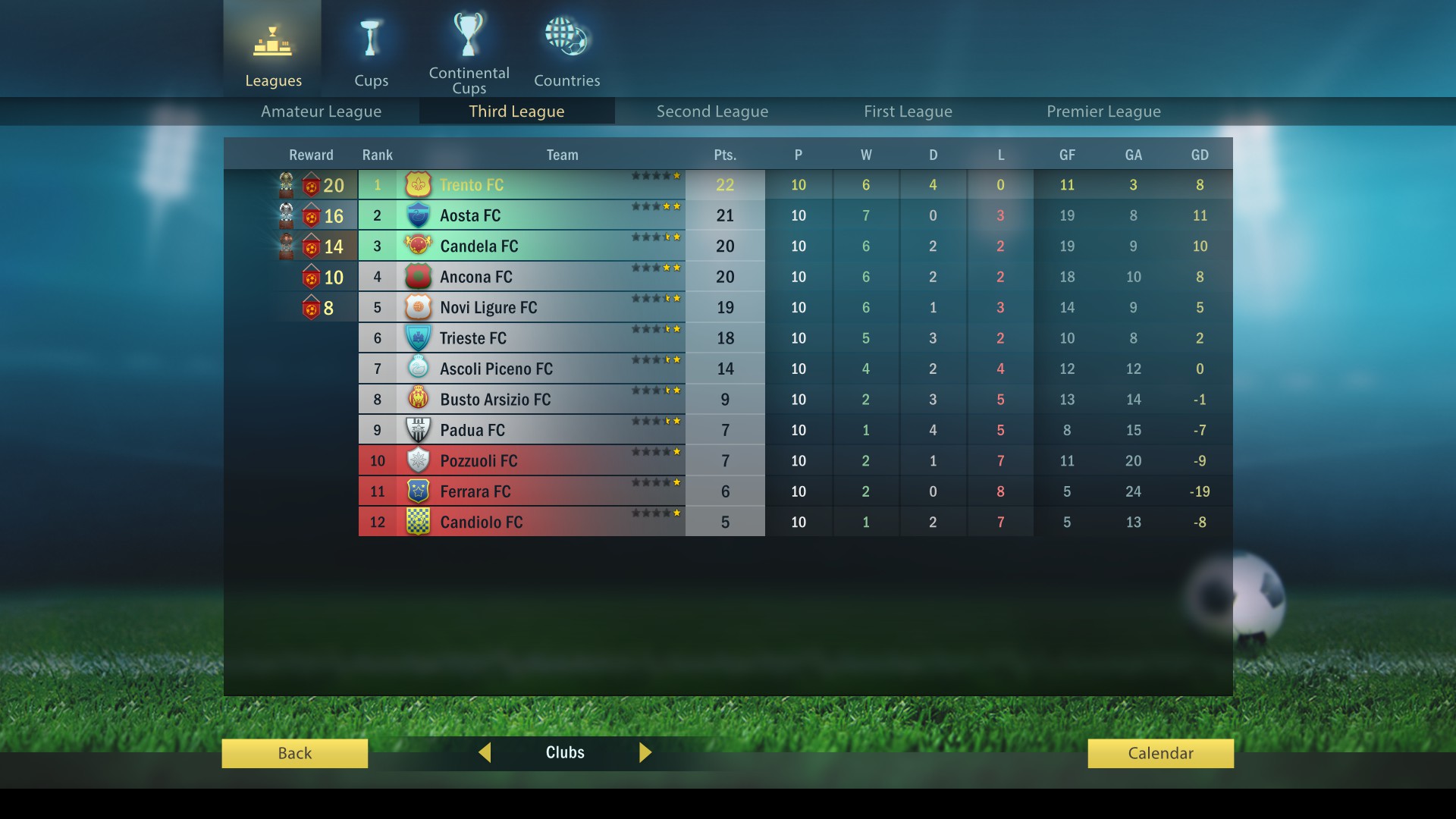 FTG is mostly a single-player game but there is a bare-bones multiplayer component built in that mostly relies on you having someone else to play with be it online or in a hot-seat format on a single computer. At the time of writing this review, I didn’t have anyone to play with but I can see this being something that would be enjoyable, so long as you have friends to play with. There is a lobby system that is not that populated so if you don’t have a match set up with someone, the chances of finding someone to play with are slim. Thankfully there is a Discord that could be used for setting up matches but even looking in there the player base is pretty small right now.

This is an indie game and therefore they couldn’t afford the massive licensing fees that the big clubs charge to use their names and likeness, but Steam Workshop has been built in from an early point in its Early Access period so there is already a large library of mods available right from the start.

FTG may be a bit rough to get into at first, but with a little dedication and the right type of niche desires this may be a little slice of heaven for you. If you aren’t interested in the subject matter I’d suggest finding another tactical strategy game to enjoy.