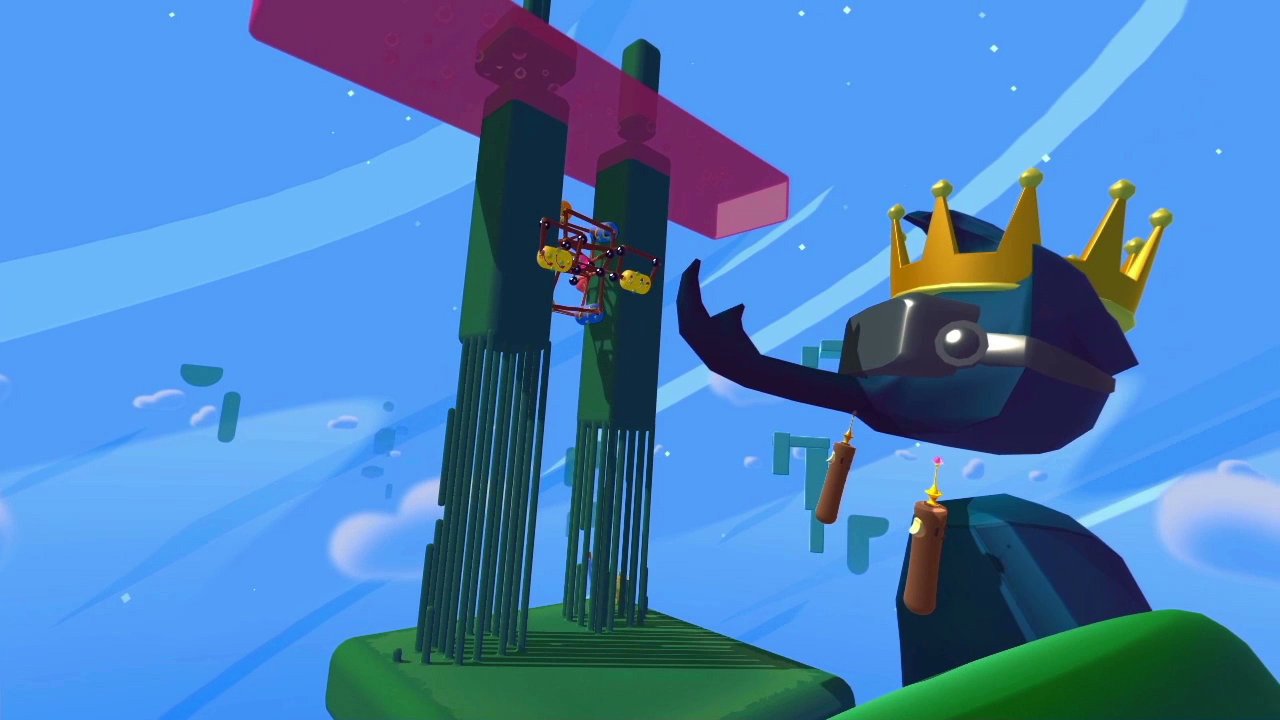 Back to the drawing board

Fantastic Contraption is a game about making the most of your limited toolset.

It’s a puzzle title that strips down the building blocks to the bare minimum: rods to serve as joints, wheels that can turn in different directions, and globs of glue. The rest is up to you to work out.

How do you make an automaton capable of scaling stairs, or crossing a pole-like bridge, or shimmying up a tower? Very carefully. I sure hope you brought your thinking cap and some luck for good measure. This game looks inviting and straightforward on the surface, but it’s not messing around. 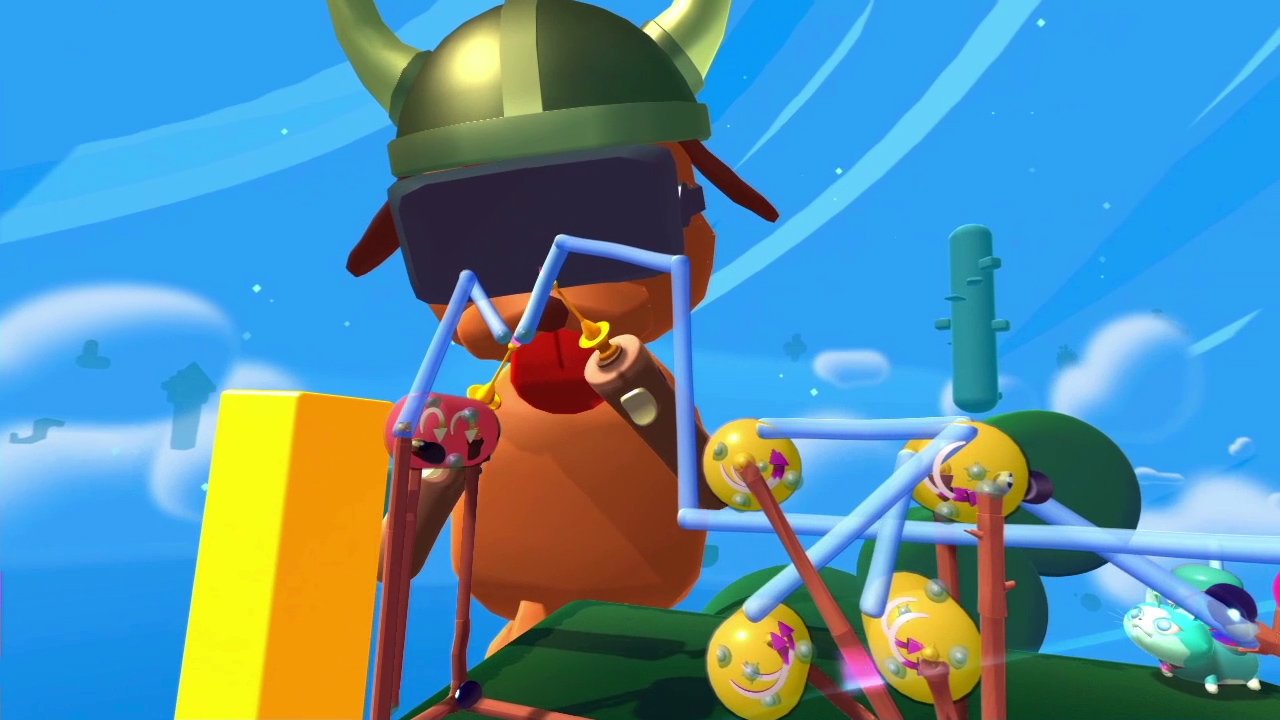 Fantastic Contraption might sound familiar. It was a hugely popular browser game years ago with the same concept, albeit in 2D, and more recently it was adapted for virtual reality as an HTC Vive launch title. Now, it’s back once more with a surprisingly faithful port for PlayStation VR.

This latest version was my introduction to the game, and it made a good early impression. Fantastic Contraption really leans into the idea that you’re assembling these fiddly, toy-like machines piece by piece, and the colorful world design and art direction follow suit. It’s a terrific fit for virtual reality with this sense of physicality and immediacy to the building. I genuinely dig those aspects. Time flew by.

But the further in I got, the less fun I had. It was still satisfying whenever I somehow managed to escort a level’s item from the starting zone to the far-off goal with my slapdash creation, but the design process — the bulk of your time spent in Fantastic Contraption — soon felt like little more than a chore.

That’s mostly due to a small pool of parts and lackluster editing tools. I’d kill for a duplicate feature, or even bare-bones undo functionality — standard usability stuff like that. As is, the game is trial and error, ad infinitum. You might get lucky with the physics working in your favor just long enough to win, but you’ll probably give up sooner than later and start over with a fresh build. This becomes exponentially more common as levels demand solutions with greater intricacy and creativity. (Thankfully, you can skip around.) It’s not impossible by any means, but it sure can feel that way.

Some people who are much more ingenious than I am or otherwise crave a mind-bending challenge will get along well with this approach to puzzle game design. If you love rapid prototyping and constant refinement, Fantastic Contraption might just be your jam. It falls a bit short for me.

The PlayStation VR port performs admirably, though — much better than I was expecting — and the price is right where it needs to be. I had some occasional issues with my in-game view swaying to and fro, but the actual two-handed PlayStation Move tracking was consistent, stable, and precise with my setup. Grabbing and stretching building pieces felt natural and intuitive, as it should.

You won’t get room-scale exploration like in the original Vive version, but you can freely pop out of a level, resize the world to be tiny or huge enough to surround you, and hop back in (hold the Square button for a few seconds; I had to look this up). The game could do a better job explaining some of these easily overlooked fundamentals, but once you figure out the mechanics and navigation, it works well.

Fantastic Contraption isn’t something I’ll ever aspire to master or completely finish. Some people will, and they’ll get a lot of mileage out of solving all 50 levels and pushing the basic toolset to its limits. For me, though, it’s far more enjoyable as a laid-back, revisit-it-every-so-often toybox. Get in, narrowly clear a puzzle with a cobbled-together monstrosity, get out. That’s how I roll, and while it’s not exactly what I hoped and expected from this game, I can’t complain too much. It’s fun in spurts.