Escape Goat 2 is not a goat simulator. No, this is another goat game. I know it’s confusing. Sometimes two seemingly identical properties come out of nowhere. Armageddon came out two months after Deep Impact, moviegoers confused The Thin Red Line with Saving Private Ryan, and now, in the Spring of 2014, we have two games with goat protagonists.

But other than the main characters, these games have nothing in common.

Escape Goat is a 2D action puzzle game similar to Lode Runner. In it, you play a goat who must escape a magical castle by solving puzzles and platforming to reach the exit in each level. Why they didn’t call it Goat Escape is beyond me, but this works too.

As the titular goat, your controls are simple — just jumping and dashing — but where the real interesting mechanics come in are with a little mouse buddy you have with you. The castle is set up with a hub world which leads to many smaller worlds, each with their own unique puzzle mechanic changing how your mouse interacts.

One of the most important aspects of a good puzzle game is a solid difficulty curve. Great puzzlers like Braid and Picross hook a player early with interesting and easy-to-use mechanics, and then crank up the difficulty by the end so it feels like you, the player, are making real accomplishments. Escape Goat has one of the best curves in recent memory.

There is very little in terms of a tutorial, giving players a real sense of discovery and mastery over the controls. And since each of the sub worlds has a different mechanic, every level feels fresh and it never feels like they are overusing any tricks. 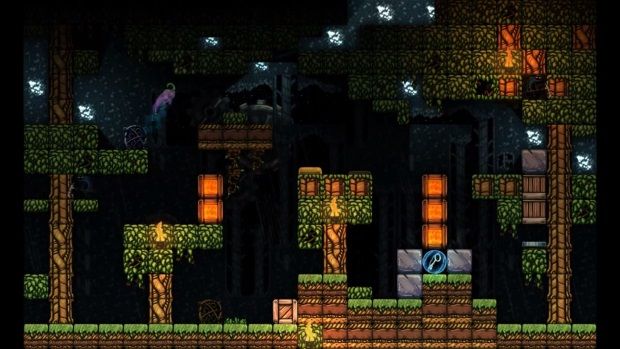 Aside from the great curve of difficulty, the presentation of the game is great. There is an overarching stained-glass aesthetic to the hub world that’s cool, and the artwork of the levels are beautiful. The sound is perhaps one of the best aspects of Escape Goat. Keeping with the castle theme, the effects are very reminiscent of Castlevania in an odd way, but it works. The soundtrack is fantastic too — the theme is consistent but the music in each of the individual zones are beautiful on their own.

Where Escape excels are in the puzzles, but the platforming leaves a lot to be desired. Many levels, especially the later ones, put as much as an emphasis on jumping and traversing as figuring out what you need to do to beat the level. The problem is that the platforming isn’t great.

I wish the controls on the goat were tighter, which is a sentence I never thought I was going to write. Being able to look at a level and figure out exactly what you have to do to solve it is super fun, but then when you fail to pull off a jump because your goat doesn’t behave how you think it would can get very frustrating. Even worse are the wasted runs due to one small mistake — forcing you to restart the entire puzzle. 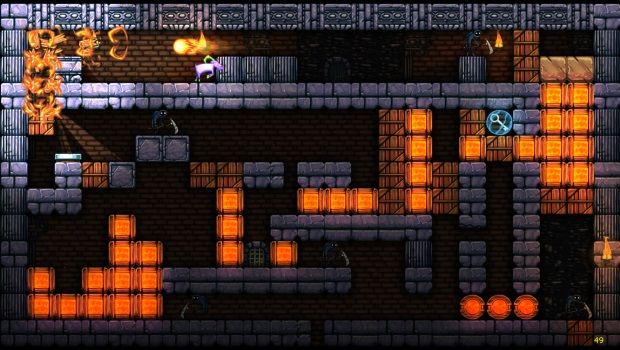 There really isn’t a ton to Escape Goat 2 on the surface. In fact, you can complete the main “story” levels in about 90 minutes. Aside from some of the last stages, these aren’t even that challenging — where the real difficulties come from are the 50+ bonus levels you start to unlock towards the end that really push your knowledge of the game. You can spend easily another few hours on these levels, though many of them are frustrating because they rely just as heavily on platforming as they do on puzzle solving.