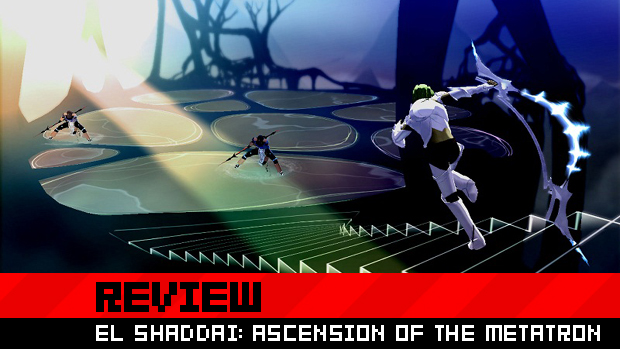 El Shaddai is not Spanish for “the Shaddai.” In fact, Latin America may be one of the only regions not represented by El Shaddai in some way. The game features British and American voice actors (including at least one Harry Potter alumnus), is directed by a fine artist from Japan, and is produced by a team of people from all three of those countries.

The cross-cultural appeal doesn’t stop there. El Shaddai does for texts discarded from the Old Testament what God of War did for Greek mythology, except with visuals that look like something out of Child of Eden, with heaping loads of surrealism, 2D platforming, sexy dudes, dance numbers, transforming robots, and giant yellow hot dog people thrown in for good measure.

El Shaddai is constantly unpredictable. It’s also consistently well-crafted. I’m just not sure all of you are going to like it. 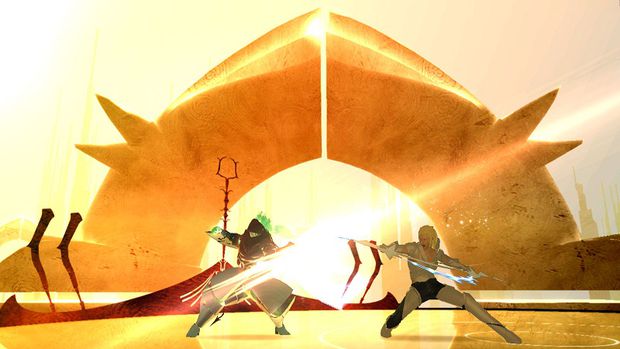 El Shaddai is about a human named Enoch, one of the few who was permitted to enter heaven while he was still alive. After spending some time among the angels working as a scribe, Enoch is tasked by God to head to Earth and round up some fallen angels with the aid of Lucifel (later known as Lucifer). These angels have been living on Earth in an invisible tower, where they are worshipped by the locals, effectively replacing God. That’s just the start of why God is unhappy with these angels. They’ve also been reproducing with humans, creating a new race: Nephilim. These immortal little hot-dog-looking guys may appear cute, but they are suicidal. They know they are unholy affronts to God, and they want to die. Even though it seems hopeless, the Nephilim make an effort to end their lives, and the results produce something so dangerous that… well, I don’t want to spoil it. Let’s just say that if Enoch can’t bring these angels back to heaven and solve the Nephilim problem, God’s going to destroy all life on Earth with an all-consuming flood. 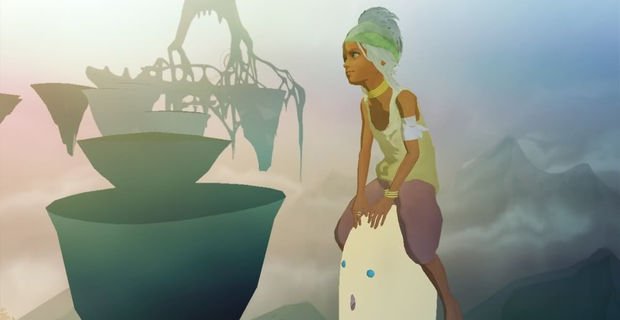 The story takes place either 360,000 years ago, or 14,000 years ago, depending on which of Lucifel’s recollections you choose to believe. Normally, trusting Lucifer isn’t such a great idea, but remember, this is Lucifel before his fall from grace. He’s just another archangel, who is presumably just as good as the next angel (although his designer jeans and constant chats with God on his cell phone are a little suspicious). In fact, pretty much all of the principal characters in the game are angels, both literally and figuratively.

There isn’t really a true “bad guy” guy in El Shaddai, at least, not on the surface. Though the fallen angels have turned against God, they’re not really evil. Each fallen one represents some form of love. The problem is, their love is working to supersede man’s love of God, be it love of technology, maternal love, romantic love, platonic (or not-so-platonic) love between men, and so on. For the most part, the only crime these angels have committed is that they love humans too much, which leads to some pretty interesting plot twists along the way. Again, I don’t want to give too much away, but I will tell you that Enoch may only think that he’s on a mission from God. It’s also quite possible that he is being tested by God, and how he fares in this test will determine the fate of the human race. 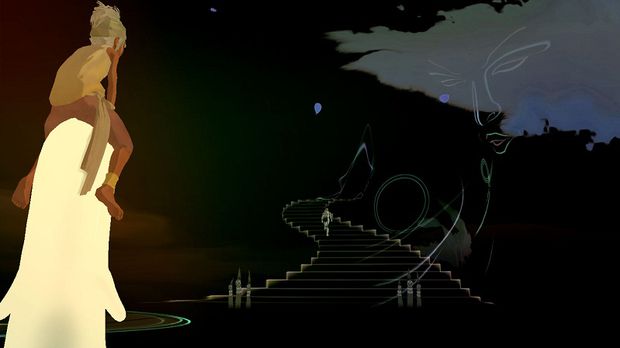 I’m normally not all that crazy for theology, but El Shaddai really captured my imagination and made these ancient themes feel relatable. Part of that is due to the game’s amazing art and sound direction. This is the most beautiful game I’ve played all year. For example, stage two of the game takes place in a huge, Tron-like network of floating platforms, positioned above a endless field of orange and red. In the background lies the tower of the fallen angels, a twisted mass of glistening black testicles and seething red eyeballs of different shapes and sizes. That ominous structure is offset by the serene, sharp-looking turf beneath your feet, and the heartwarming, joyous chanting in your years. Down below, thousands of children are heard worshipping their Gods, the fallen angels, singing in unison as fireworks gently flare and crackle in the distance.

I could look at the second stage of El Shaddai all day, and it may not even the best-looking level in the game. Your favorite stage in El Shaddai will undoubtedly depend on your tastes, and there is something here for just about everyone, from a Loco Roco-esque pastel beach-ball realm to a hellish, scratched-and-etched, black-and-white underworld. Sometimes El Shaddai looks like a videogame. Sometimes it looks like a painting, or a pen-and-ink sketch, or cel animation. Regardless, it almost always looks beautiful. There were many times when I didn’t want to play the game, because playing it would inevitably lead to it ending. 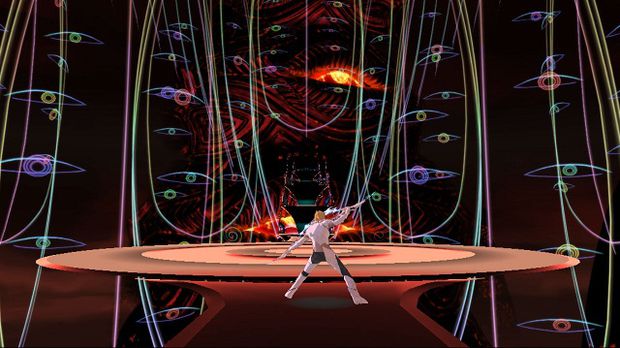 That inevitablity is closely tied to El Shaddai‘s primary gameplay theme: the illusion of choice. There are many points at which the game leads you to believe that you have free will, but these moments are almost always offset by an underlying linearity and other techniques used to instill a sense of powerlessness in the player. For instance, the game’s combat allows for a lot of options. Though it seems simple on the surface, there are actually loads of different combat choices laid out among the four types of available weapons (your bare hands, a mid-range lightsaber chainsaw called the Arch, a shield/war hammer called the Veil, and a long range multi-missile called the Gale).

Each weapon (other than your bare hands) has a rock/paper/scissors-style relationship with the others. The Gale is strong against the Arch, the Arch is strong against the Veil, and so forth. It’s for that reason you’ll have to wield them strategically against the game’s many enemies and bosses. Thing is, you can only switch weapons by stealing them off of other enemies. In short, what seems like a fairly simple combo-heavy combat system can turn into a rather complex, strategy-heavy game of crowd control. Toss in the option to charge up special movies, the need to retreat and recharge your weapons after prolonged use, and the required mastery of guard breakers, parries, and counter-attacks on higher difficulties, and you get a game that allows for a lot of creative decisions in terms of combat. 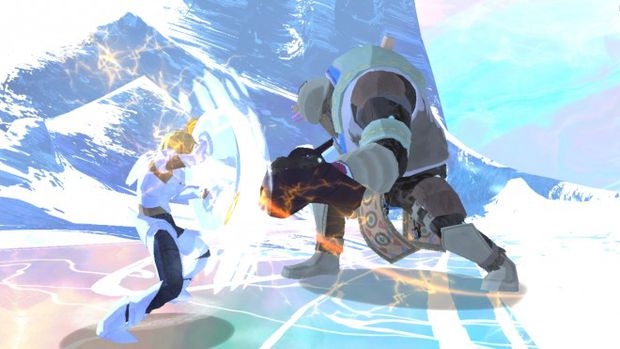 As empowering as the game’s combat system may seem, El Shaddai is quick to make you feel weak when it wants to. Every once and a while, a fallen angel will suddenly cross your path and kick your ass. It’s possible to beat these guys (I managed to do it once), but it’s highly unlikely. They can usually kill you in one or two hits, and they have a huge amount of hit points. Facing them works as a reminder that as powerful as you may feel, you’re still just a human. You’ll get a similar smack in the face when exploring the game’s many environments (through both 2D and 3D platforming sections). Though there are secrets hidden throughout the game (and a cool reward at the end for finding them all), all paths still lead to the same destination. Everyone who plays El Shaddai will make some small decisions on their own, but in the end, we all end up in the same place.

Sadly, the place where El Shaddai ends is probably the game’s low point. Without spoiling too much, I’ll tell you that the whole thing closes on a tragic, almost comedic, anti-climactic note. I’m really hoping that there is some kind of “real” last level that the game still has in store for me, something that I just haven’t figured out how to unlock yet. If it does, I’ll adjust my score accordingly. For now, El Shaddai feels like the developers ran out of time, money or inspiration before the game was really finished, which is a shame, given how many great moments there are in the build-up to its finale. 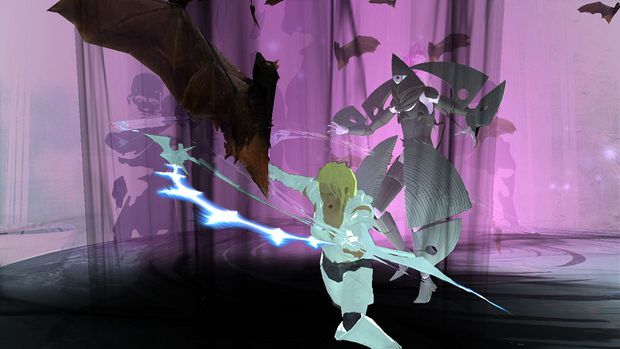 Speaking of money, though the game has incredible art direction, it doesn’t seem like it had a huge budget. Though the visual concepts here are top-notch, the execution is sometimes technically lacking; low polygon counts (at least compared to other high-profile PS3/360 titles) and some slowdown rear their heads. There are also a few technical issues with the game that may not have had to do with its budget. There are times when combat will seem like a chore because the difficulty has flattened and the enemies are too similar to each other. There are also times when you’ll miss a jump because it’s tough to judge the distance between two platforms. Dying on the same platforming section multiple times because you can’t tell how far you’re jumping just isn’t fun, and could have easily been fixed if you had some control over the camera.

El Shaddai is a game that will please any fan of creative visual storytelling, at least on the first play-through. The big question is, will you find the game compelling enough to play again and again? At first, I thought my answer would be a resounding “yes,” but after completing the game, I’m not so sure. The lackluster final battle, along with a few repetitive fights and occasionally frustrating and/or uninspired platforming sections, may deter some of you from jumping back into the game. As for me, I’m definitely looking forward to playing the game it again. Some of that is because the second play-through allows for level select, new difficulty levels, and a score ranking mode. Mostly, though, I’m just looking forward to hearing those little Japanese kids chant as I run through a laser landscape set among a fantastic fireworks display. Moments like that are what videogames are all about. El Shaddai isn’t perfect, but it has more than enough breathtaking moments to make the journey worthwhile. 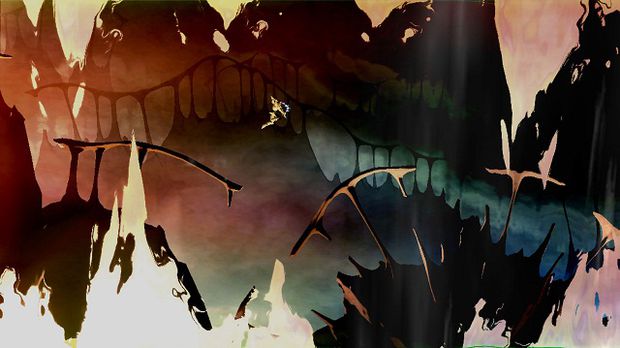