For the past week or so, people have been asking me non-stop if we’re going to review Digimon Story: Cyber Sleuth. I wasn’t actually sure if Bandai Namco was going to send a copy (it sent everything else), so for the game’s launch last week, I decided to pick it up and start cracking away. The publisher sent it a few days after I bought it.

But you know what? I actually had a good time, so it’s cool. 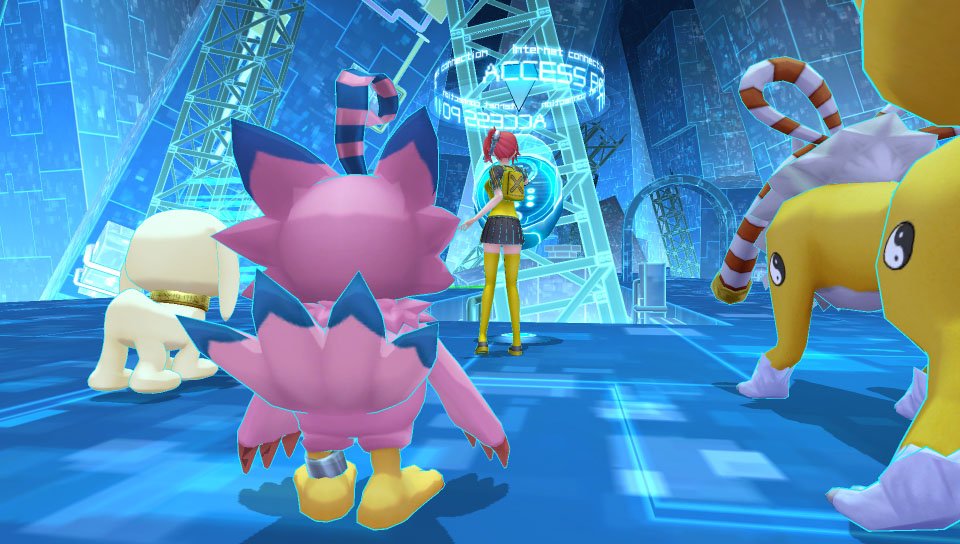 Cyber Sleuth stands tall as a cute, vibrant adventure full of interesting setpieces. For those of you who scared of hearing “Arurururu-mon” over and over like previous iterations, the tone is amusing without being too cutesy and annoying, and the option to turn off monster voices in battle helps (I’m sure people would love that for Pokemon). In other words, Media Vision found a good balance between the series’ mature and childish elements.

The developer has also gone full Internet again. In this edition, your avatar is at the epicenter of a cyber world, complete with Digimon battles and a personified world wide web. The setting is EDEN, a virtual consumer-oriented network run by Kamishiro Enterprises, that prides itself on shopping first and foremost, which the game has mild commentary on to boot. Over the years, viruses and hacking have started to run rampant as a fringe movement, however, and that’s where said monsters come in.

EDEN is beautiful, to put it bluntly. The blank skies are actually an endearing quality that help differentiate it from many other renditions of the Internet, and the upbeat soundtrack is reminiscent of the Persona series in all the best ways. Avatars also chat about real locations like Roppongi and Shinjuku, and it’s generally fun to hang around the world even without a purpose, just like in the .hack games. This is partially because the world is believable. The team put a lot of work into building up its lore and foundation.

Cyber Sleuth doesn’t exactly look like a current-generation RPG (mostly because it was originally released on the Vita in Japan), but the brief anime cutscenes help breathe some life into it. As a note, the entire cast is comprised of Japanese voices, and the avatar (male or female, your choice) is mostly a silent partner, only speaking to him or herself. The rest of the characters probably talk half of the time. This halfheartedness spills over to the story somewhat, because while the universe itself is compelling, the “hacker” angle doesn’t really go anywhere, and suffers from an overly long intro/tutorial section.

The Persona comparisons don’t stop at the presentation. The world map is also a menu, with larger hub worlds to explore after making a selection. It’s deceptively large, because while it’s not truly open world (or even open map like Final Fantasy games), you’ll unlock so many areas over the course of your adventure that it will take quite a while to explore them all fully. Since you can save nearly anywhere (Cross-Save is also in), the segmented zones don’t become anything more than a minor nuisance.

The battle system is basically everything you’ve seen before from the past few decades of JRPGs. There’s an easy-to-read timeline on the side showing turn order, and your ‘mon can attack, use a skill, guard, or change out. Yes, random battles are in, which is either deliciously or inexcusably old-school, depending on your tastes. At this point in my life, I’m kind of at a middle-ground mindset. I still love JRPGs dearly, especially those with great world-building and infectious casts, but I can do without the random battles. At the very least, it would be nice to see enemies on-screen — or, as several games have done lately (such as Bravely Default or the modern Final Fantasy re-releases), allow the option to eliminate them at will, though you can reduce the frequency at some point. 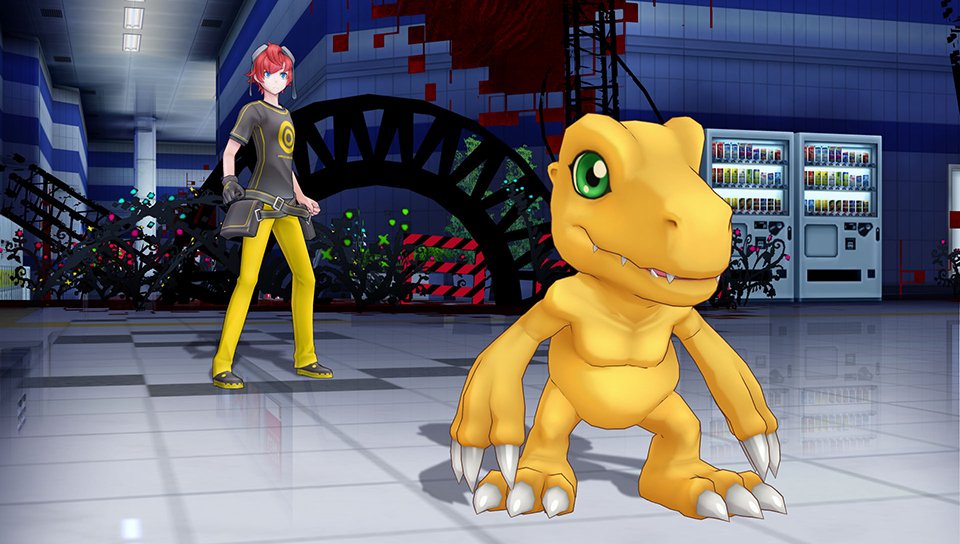 As expected, ‘mon can level up to gain new skills, and since each one can house up to 20, it can get very deep very quickly, especially when you consider that there’s over 240 in all. Party members also follow you, which is a nice touch as you’re wading through all of the random battles. Feeding, a DigiFarm meta-game, a lab that levels up non-active ‘mons, and evolution are also in, so there’s plenty to mess around with if you aren’t feeling up to a dungeon crawl at any moment. Said dungeons, however, are mostly linear.

Digimon Story: Cyber Sleuth plays it safe in a lot of ways, but for many of you out there, that’s going to be perfectly fine. Just don’t expect it to convert you if you’re sworn off the formula.