Sliding across the bar room floor, gun in hand, pizza in mouth, shouting “WOOHOO!” Yes, this is the Dante I remember. Before Ninja Theory attempt to recreate one of the PlayStation 2’s most influential franchises, Capcom is giving us one more glimpse at a series that stands in stark contrast to recent game design trends.

Before games got serious and seriously easy, Devil May Cry challenged players in both their button-mashing and perception of what a 3D action-adventure could be on modern hardware. A decade later, with hardware even more advanced, these games remain important in both terms of gaming history and ageless design. 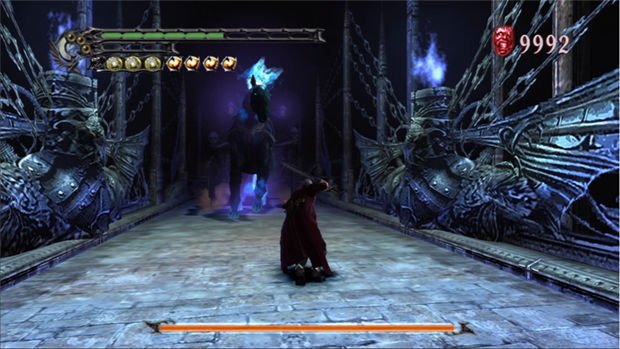 If you were there to play these games on PS2 in the early-to-mid ‘00s, I’ll give you the information you likely came for: This collection preserves the originals, improving their visuals by adapting them to widescreen and HD with anti-aliasing and some improved textures. For technical details and an overview of the series, read on.

In 2001, Devil May Cry rose from the ashes of a doomed Resident Evil sequel that would eventually turn into RE4. With Capcom’s best led by Hideki Kamiya, director of RE2, and producer Shinji Mikami, they took the framework of the original Resident Evil (exploring a haunted mansion) and removed the key element (limited resources). In its place, they made a game around exhilarating combat influenced by 3D action games as well as Capcom’s own fighting games. You could fire guns akimbo at an enemy, similar to Laura Croft, and then juggle them in the air like your Street Fighter character of choice. All the while the game ridiculed, celebrated, and rewarded based on your capability in switching up moves and styles without missing a beat. 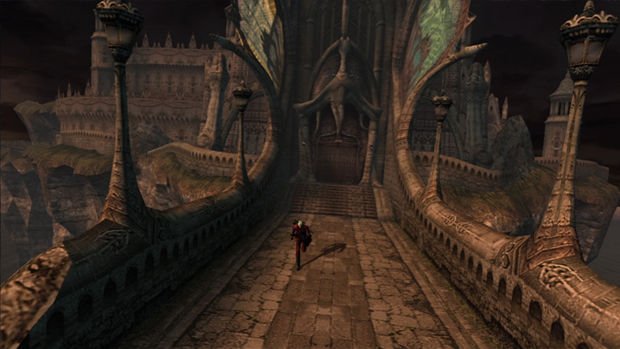 The original DMC holds up wonderfully, despite it being the oldest and simplest of the series. The castle, in which the majority of the game takes place, remains one of the greatest examples of immersive level design. There are lessons to be learned here by any working level designer and developer. The way paths eventually link, the detailed rooms, and the brilliant final act that transforms familiar spaces to create unease in the player are still striking design choices that make DMC a joy to play, a decade later.

Due to the game’s lovely art direction and level design, DMC holds up pretty well after all these years. Its textures and geometry are just simple enough to make the game look dated but not necessarily ugly. There are certain quirks, however. While the in-game action and cutscenes are in glorious HD widescreen, the menus and cinematics are not. It’s especially odd since Pipeworks Software, the developer of this collection, went through the trouble of putting in the Xbox 360 buttons and controller layout where appropriate in the menus. 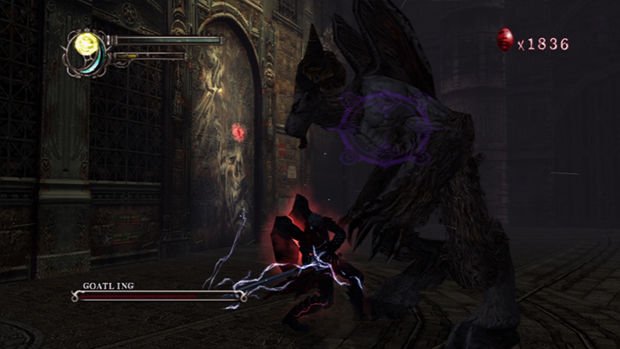 Then there are some issues that remain problematic, after all these years — no, I’m not talking about the platforming. The lip-syncing and terrible audio mixing that renders the dialog inaudible, at times, are as bad as they have ever been; a sharp reminder that in 2001, Capcom was still in the early days of crafting cinematic experiences for consoles.

In all aspects, DMC2 is the red-headed stepchild of the series. Without even being offered the chance to develop the game, the original team’s talents never touched this sequel and it shows in more ways than one. Capcom quickly assembled a team to make a sequel that would address complaints some critics had with the first game. Instead of elegantly designed corridors, DMC2 presents bland but spacious battlegrounds. Instead of knocking your head against the wall, hoping for a new power-up, DMC2 starts you off over-powered and only gets easier. 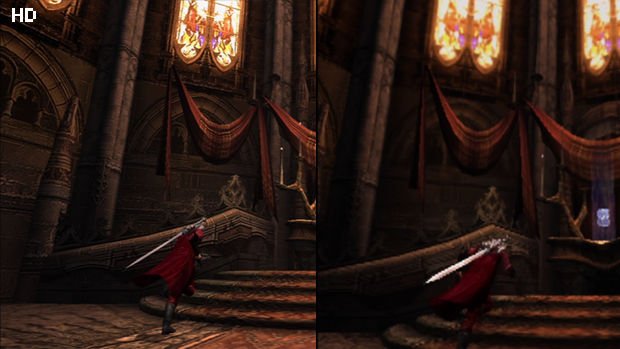 DMC2 is a disappointing sequel, but it’s not a necessarily bad one. The improvements to combat and controls are noticeable, even if the enemies and systems surrounding them are a step back. Furthermore, the game’s drab caves and cityscapes don’t look all that much better in HD. Seeing grey and black textures spread across a large building isn’t exactly eye-candy.

Ask any diehard fan the best DMC and it’s more than likely they’ll tell you DMC3. Despite being made by the same team as DMC2, this is a vastly superior sequel that corrects nearly every flaw of the series while deepening the challenge and mechanics that fans came to expect. Being able to switch weapons mid-combat and change your style kept the game from ever hitting a lull, unlike the past titles where your choices were limited. Furthermore, DMC3 has lush environments and high-polygon models that lend themselves well to an HD makeover. 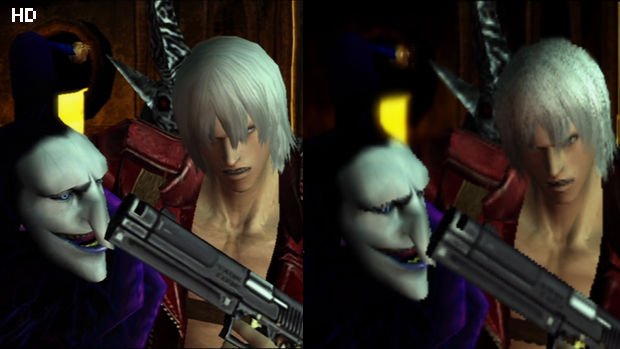 Whether you are exploring the corners of DMC’s castle or surfing on a rocket in DMC3, there are a lot of great moments in this collection that will make veterans nostalgic and turn newcomers into fans of the series’ unique charm. Bayonetta may have outgunned Dante and Kratos may have outclassed him, but the combat, exploration, and scenarios of the DMC series still offer a thrill to this day.

Pipeworks Software has done an admirable job in preserving this beloved franchise. If you want to return to a time when dying repeatedly at boss encounters was the norm — a time when we laughed at games’ stupid antics, instead of with — this is a hell of a way to do it.