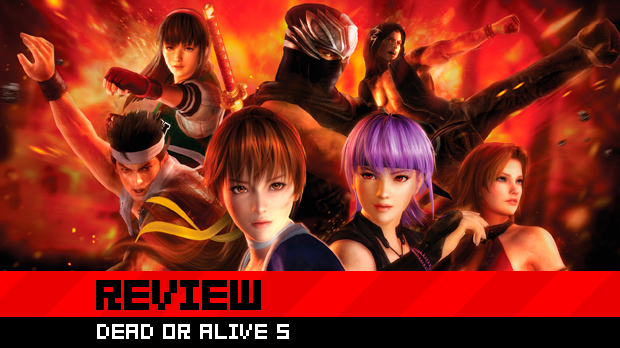 Remember when Dead or Alive wasn’t just a fan-service, minigame-ridden, volleyball-infused, T&A bounce fest? These characters were actual fighters, who regularly beat the crap out of each other in a tournament instead of lazing on a beach in a strange pseudo dating sim. When are they going to go back to the series’ roots? When will Dead or Alive be a fighting game again?

Oh, wait. How about now? 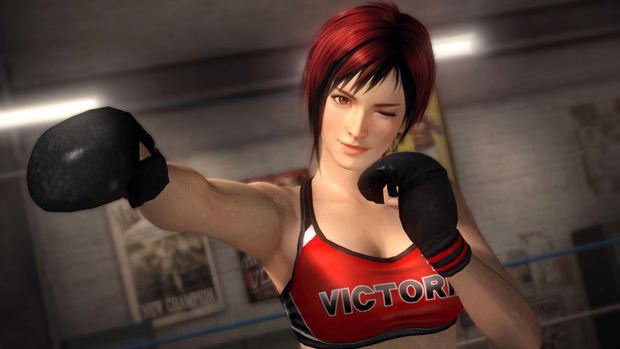 To me, the Dead or Alive series has never been the most technical of fighting games. While it can be rewarding to master, it’s always been more about the flash of style over fighting prowess. That is to say it’s been a series that just about anyone can pick up and play, but only the determined will fully explore the intricacies of the counter system and surprisingly deep movesets. I myself was a fan early on, but admittedly missed the next-gen entry in DOA4, and once the it went to beach-based eye candy, it lost me (and many other fans) completely. It seems as though Team NINJA has realized this, thus Dead or Alive 5 has one of the deepest fighting systems in the series, while still keeping its button-mashing casual fans happy.

The franchise staple of a four-button system (punch, kick, block, and throw) returns, but a few new features have been added to spice things up a bit. For starters, there is now a tag-team element — doing a simple grab without any direction on the analog stick allows for a team grab or throw. Certain combinations of characters allow for unique attacks here as well, such as Tina and Bass’s wrestling family grapple. You can of course tag in your character with the press of the shoulder button as well.

The movesets for each character seem to have grown larger even from the last entry almost eight years ago. Characters have hundreds of move combinations, and the advanced counter system allows for even more transitional attacks and evades. For example, pressing back and block allows the character to perform a “hold” motion, which if timed right allows you to not only catch your opponents attack but also counter it immediately with painful results. While counters have been a staple in previous titles, this hold system seems to spin the standard counter attack style on its head.

This is accented by the game’s smooth animations. Every grapple, attack, and counter flows seamlessly. The holds mesh well with the standard moves, and never was there an issue of clipping or bad animations — everything looks beautifully choreographed, as if the fights were planned that way. It really is remarkable. 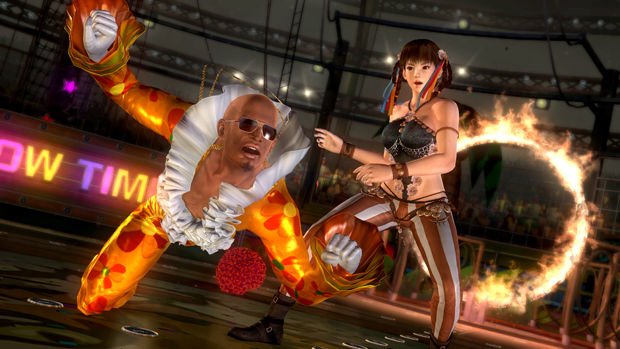 The graphics themselves are also sharp and crisp, and while there is plenty of cheesecake (and beefcake) to behold, it doesn’t seem to be as nearly over-the-top as in previous entries — well, aside from the beach costume and bunny swimsuit DLC. Yes, boobs still move strangely independent of one another in odd omni-directional ways, but the animations are slightly more realistic now. Slightly. Okay, it still looks kind of weird, but not as weird as it once was.

The environments have been upgraded too — every stage seems to have at least one extra tier to it, and getting knocked through paneling, off balconies, and even into giant spring loaded hammers bring the pain to you or your opponents. Several stages have an additional danger zone, which when triggered changes the environment and can cause massive damage. Many of these can only be set off by a character’s Power Blow, which is a charged attack powered by a lowered health meter. When it starts flashing red, a combination of buttons plus a direction (different for each character) held for a few seconds powers up the technique, which unleashes a furious attack with a slick animation… if it connects. The drawback is that when powering up, you’re often left vulnerable, but the tradeoff in damage is often worth it if it connects or doesn’t get interrupted by an enemy’s attack.

All of these new techniques are detailed in the game’s odd yet surprisingly deep story mode. You’ll switch among each character in the game, following just about every person’s various pathways to the tournament, and often replaying scenes from both perspectives. You’ll have different goals for each battle, which act as tutorials of sorts that attempt to teach you not only the basics but also the new techniques to hone your fighting skills. While there is also a practice mode, the roughly three-hour story is the best way to unlock titles, characters, and costumes. 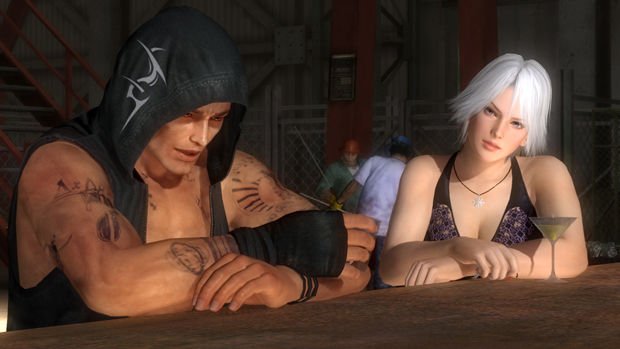 Speaking of characters, DOA5 appears to have the largest roster ever, with seemingly all characters from previous entries making an appearance. Not only that, both Akira and Sarah Bryant from the Virtua Fighter series show up as well and look right at home in the DOA graphical style. There are also new fighters, such as the MMA-wannabe Mila and the foreman of the DOATEC-run oil rig named, uh, Rig — it’s clear they thought really hard about that one. Each character has several costumes, each unlocked in various ways. Of course, there has to be the slightest of perv factors, so some costumes can become translucent from sweat or water, revealing more bounce and jiggle for those longing for that kind of thing.

That not enough perviness? How about Spectator mode, where you can watch the characters battle it out automatically and even take photos during the battles, pausing and playing the action as it runs and maneuvering the camera to anywhere (yes, ANYWHERE) on the screen with as much zoom as you’re horny heart desires. Did your character lose a fight and you’re too focused on her heaving breasts as she tries to catch her breath? No worries, you can move the camera closer here too! Thankfully, this feature is retained for the male fighters as well, so the female players can get all the beefcake they want (though somehow I don’t think they’ll use it nearly as much).

Beyond Story, Spectator, and Practice modes, there’s also Arcade (where you fight through eight battles solo or five as a tag team), Survival (standard “fight the waves of enemies until you die” fare), and Time Trial (how fast can you beat the allotted number of opponents). Online also offers many options, including standard Simple Matches, Ranked Matches, Lobby Matches, and even arcade-style or global tournaments. Sadly, all the online features are behind an online pass found on the back of the instruction manual, in what is clearly becoming the standard for all games with an online component. 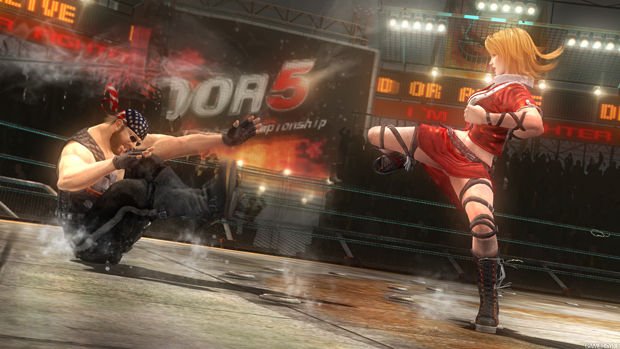 Dead or Alive 5 is a delicious surprise. While casual fighting game fans will be able to pick up and play, serious combatants will enjoy the rich and deep counter and hold system, as well as the tag team elements where unique match-ups can offer their own rewards. It’s still not as technical a fighter as Tekken or Virtua Fighter, but it seems to be taking a step in that direction while still keeping what fans have loved about the series intact — flashy characters, ease of play, and fan service. It’s fun without being frustrating, the all-around fighter for everyone. Even the ones who won’t admit to enjoying the T&A.