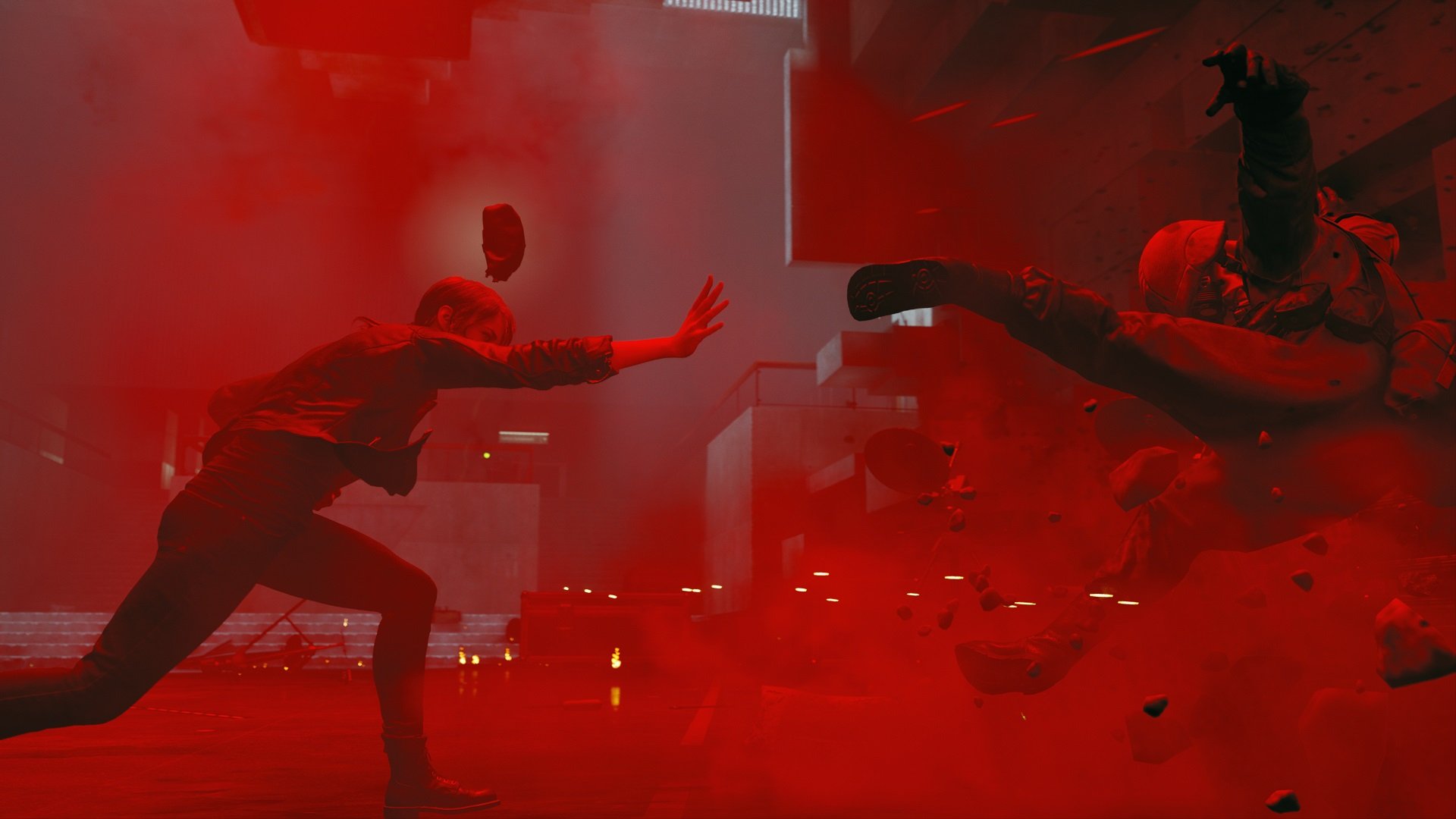 Nothin’ Ordinary about it

Synchronicity is a theme, or at least a phenomenon, that’s used in Control. Through its elaborate and convoluted story, it’s established that spectacular results can be achieved when distant and separate things are attuned to one another. They share a purpose, and that unity is enough to form a meaningful bond.

Control‘s design has a shared purpose between its two most important elements. Control is Remedy Entertainment’s magnum opus as it’s the first time the studio has truly found the perfect balance between action and narrative. In Alan Wake, combat was a means of pushing along an exceptional story. In Quantum Break, the two were individually excellent but felt entirely removed from one another. Control is synchronized, though — the narrative is in service of the action, and the action is in service of the narrative. This harmony results in Remedy’s best effort to date.

If a movie franchise hadn’t taken the name, Control might’ve been called Paranormal Activity. There is not a minute of Control that isn’t shrouded in uneasiness. There’s a constant threat of supernatural peculiarity — an atmosphere that’s especially effective against the backdrop of a mundane office building. A pervasive Lynchian mood hangs heavy in the air, like the swell before a massive thunderstorm.

It’s Jesse Faden’s first day on the job, a job she never asked for. She shows up at the well-hidden Federal Bureau of Control’s Oldest House looking for her brother. A well-meaning janitor assumes she’s here to apply for the position of custodial assistant. Jesse has her sights set higher.

Rather, she ascends straight to the top, immediately appointed as the director of the Bureau. Jesse’s suddenly in charge of dealing with a crisis she didn’t sign up for. The Federal Bureau of Control has been breached by an interdimensional threat called the Hiss. They corrupt anyone and everything they can, most obviously by possessing Bureau employees and turning them into hostile paranatural creatures with supernatural abilities. Their threat runs deep. They even corrupt the Oldest House itself. The building physically transforms and shapeshifts as Jesse scrubs it of the Hiss presence. She’s always cleaning up, ironically lending more credibility to the janitor’s hasty assumption.

Jesse’s internal crisis is her true motivation, though. A fractured family and overwhelming feelings of guilt — earmarks of all Remedy games — are the impetus for this story. It’s enough for Jesse to push through rather than instantly resign. She’s a steeled leader, never really showing the vulnerabilities you’d expect from someone thrust into this position.

But all of this has been set in motion by the time Jesse first walks through the doors. Control‘s narrative is less about stakes raising and more about unraveling every strand of mystery that stretches across this labyrinthine agency. It deals in epiphany and knowledge, a slow trickle of understanding about how this all came to be. There are crescendos, heart-spiking moments when revelations are grand enough to leave you wide-eyed. Control is surprisingly light on new developments, though. “How?” and “Why?” are more pertinent questions than “What’s next?”

The most crucial plot devices drive this third-person shooter in an extraordinary way. The Bureau is home to several Objects of Power, which are ordinary items that have been imbued with incredible energy because society at large thinks about them in a collective way. They’re capable of causing Altered World Events, which are tears in the fabric of perceived reality. It’s the reason the Bureau exists. (Yeah, it’s all very dense. The overarching details and explanations of Control feel nearly impenetrable without just diving in and slowly picking it apart yourself.)

As the director, Jesse can bind herself to Objects of Power and acquire whatever traits they possess. For instance, the Service Weapon is a five-function gun that only the director can use. A carousel’s horse gives her the ability to evade in spurts of quick dashes. A home safe allows her to manifest a shield out of nearby debris. There are several more.

This is where Control shines the brightest. In the beginning, Control feels like a standard shooter. Before long, Jesse has an arsenal of abilities that are more effective than her gun. Levitate, launch a desk at a cluster of enemies, evade their attacks, and finish them with a few bullets. This is the sort of tango that Control constantly facilitates. It’s always dramatic. The fluidity of the locomotion is a superb catalyst for some truly creative combat. Remedy has crafted a shooter where using a gun usually feels like the lesser option.

It takes a while to get used to — all of it. The combat can feel overly methodical until it becomes second nature. The narrative developments plod along until they pay off in a major way. Control rewards patience and persistence and curiosity. There’s never a dull moment, but there are plenty of confusing and uncomfortable moments.

Adding to the confusion is the layout of the Oldest House. Remedy’s twisting, tangled design for the setting is a stark departure from the strictly-linear games of its past. Control has a metroidvania-lite bent with side quests that incentivize return trips to previously-visited areas. It’s disorienting at first until navigation becomes (mostly) intuitive. Doors that were once inaccessible eventually open up, revealing shortcuts that make the Oldest House feel more well-designed and cohesive than it did on the first pass. If all else fails, there’s a fast travel system with ample destinations to instantaneously warp to.

It’s not perfect, though. Control has its share of sci-fi contrivances that leave you wondering if you missed something, if it’s still to come, or if it needs to just be blindly accepted. That’s bound to happen with a story this outlandish and opaque. Even an end-game conversation takes the easy out with a response akin to “Maybe we’ll never know the answer to that.” It’s not flawless, but it’s certainly satisfying enough.

Control is a weird, enigmatic, perplexing masterpiece. It’s also Remedy’s most well-rounded work yet. Like Jesse levitating far off the ground, Control signifies Remedy is capable of ascending to great new heights.