There’s a movement these days of games going multiplayer-only, focusing on one aspect to make it as good as possible. Along with that comes the dissent, players who demand single-player content and developers who spend resources providing it.

Search Cobalt and you’ll find screenshots and videos of the multiplayer. By the way Oxeye and Mojang market it, it looks like straight-up arena competition with a ton of options. As it turns out, there’s also substantial single-player content here, however it may be a victim of the counter-movement, existing only because it has to, so miserable it drags the good stuff down. 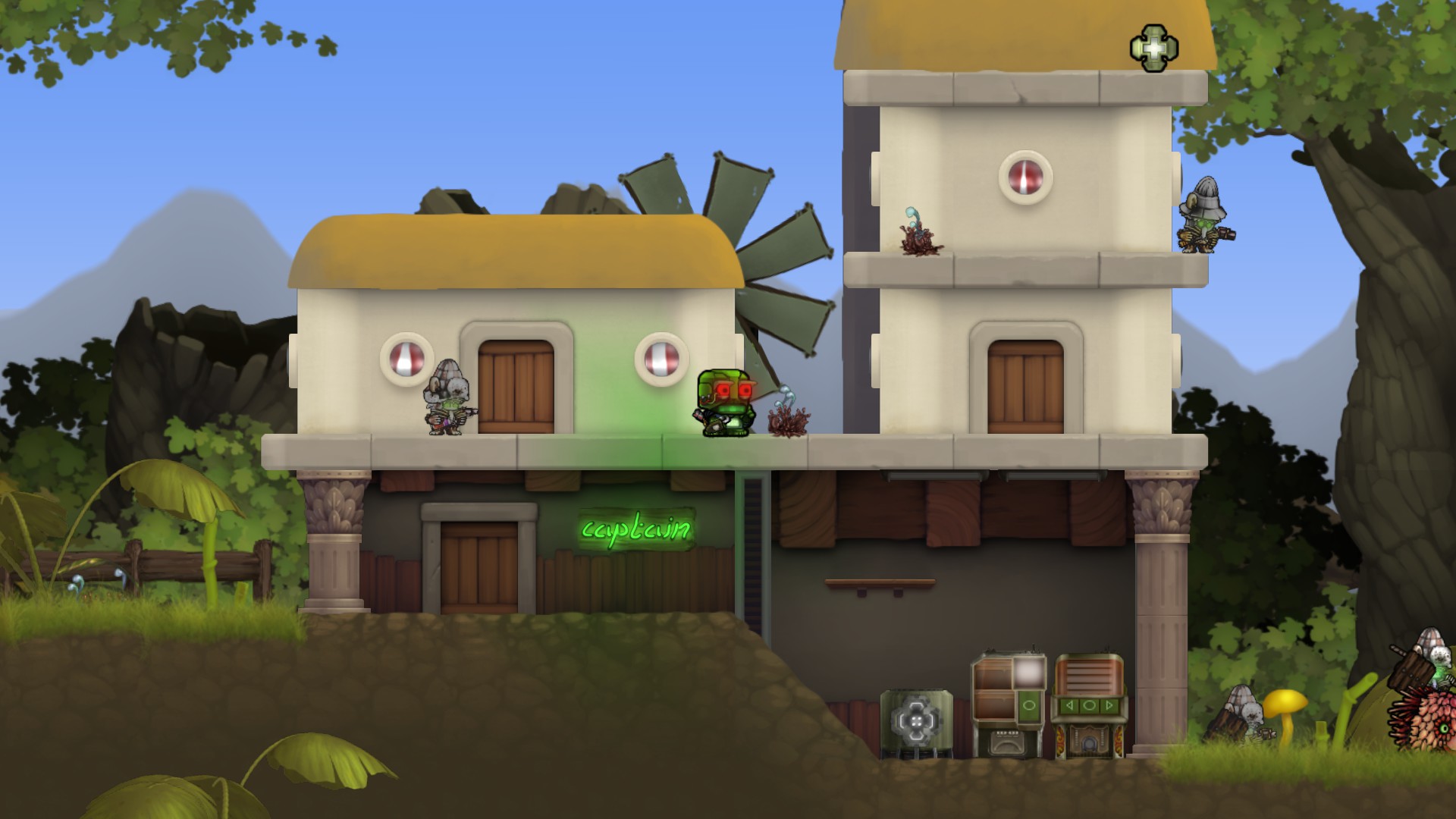 Watch a trailer for Cobalt and you’ll see frenetic two-on-two action, full of shooting, dodging, rolling, and exploding. And that’s accurate; the multiplayer has the right mix of skill and chaos, where better players will likely triumph, but an errant bullet can catch anybody at times.

The campaign has a completely different cadence. On the surface, it’s built on the same mechanics, but the tweaks turn it into something else. Frankly, it’s awful.

Instead of twitch jumping and shooting, it’s a lot of waiting, running out of ammo, and dying. It plays more like a survival/stealth game than an action-platformer, but with confusing checkpointing, severe consequences for failure, inconsistent artificial intelligence, and the least helpful minimap in recent memory.

Control is a low point throughout Cobalt, but it’s more apparent in the single-player campaign than it is in the multiplayer. The regular jump is fine, but the double jump is so soft and unsatisfying that it feels like it’d be better if it didn’t exist and the levels were adjusted to compensate. The walljump is more of an upward pulsing slide that doesn’t allow for much maneuvering away from the wall, and it’s the least awesome feeling way to ascend a sheer vertical face.

Aiming is done semi-automatically, where the right stick raises the weapon, but the player character robot auto-aims at threats. The problem with it is that it only works right about half the time, sometimes missing the mark and occasionally never even locking onto the right target to begin with. Exacerbating this is the fact that the campaign is not a shoot-’em-up; ammo is limited, so every shot missed due to crappy auto-aim made me wish for a manual option with full 360 degree control.

I had to replay an early section about 20 times because the scripted set of enemies had shields, I had no grenades, and the friendly AI would just as often kill itself as help with them. This was after having to talk to them through a convoluted series of thumbstick clicks and jump button presses. I almost quit the game right there because I hated it so much. 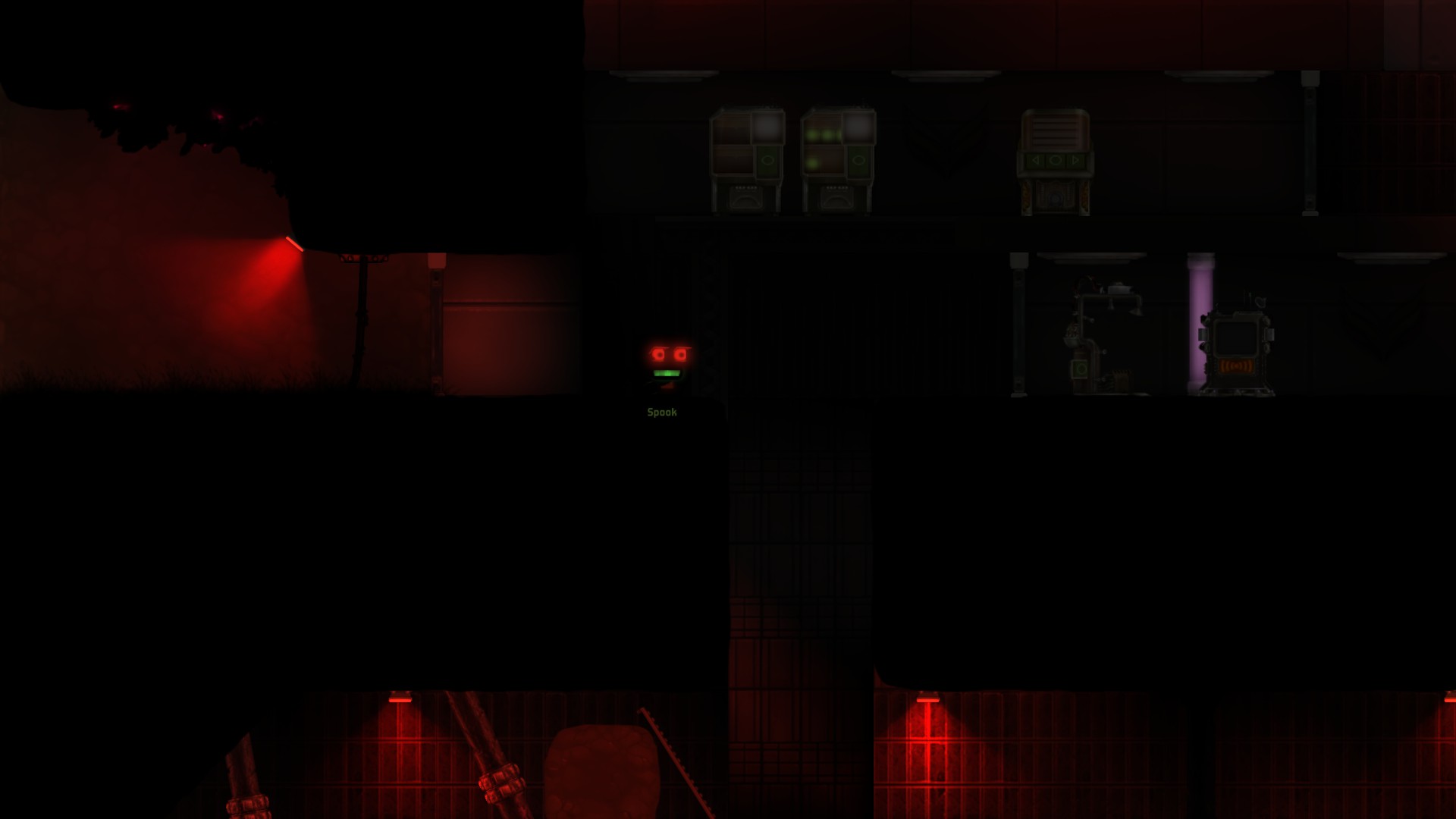 But then I switched over to the multiplayer, where almost everything bad about the campaign is alleviated. Instead of the plodding mess that runs far too long, the multiplayer is exciting and bite-sized. That said, it has its own issues that will keep it from going down in history as one of the greats. Specifically, while it has functional online play, the community is essentially nonexistent (on PC at least). Two weeks after release, you can count the number of open games on one hand.

In a word, Cobalt is clunky. It has a lot of decent ideas, but it doesn’t execute them very well. The platforming feels terrible. The lack of control when shooting is frustrating. The map is unhelpful. The gear is never explained well. The context-sensitive control breaks down when there are too many things going on.

The multiplayer is fine if you can find people to play with, but it doesn’t save the experience. If this shipped without a campaign, it might have benefited from it, but as it is now, even the good part will probably be forgotten soon enough.