Cart Life‘s willingness to be mundane in an attempt to understand the mundane, without typical preconceptions, is its greatest strength as an empathetic work and its greatest failing as a game.

As people, we find tighter bonds among each other not in sharing the games we love but rather sharing the parts we love of games we don’t like. Cart Life is likely to be one of those games for me, as it elicits emotions and realizations in an effective way.

However, it is a game best left unfinished.

There is a moment early on in Cart Life where it became crystal clear what kind of game it is. Playing the role of a poor bagel stand operator, I spend the majority of an in-game day traveling to the grocery store, shopping, and returning home to cook a batch of bagels to sell the following day. Paying close attention to my recipe book, I add sugar, salt, yeast, and flour — too much of it, unfortunately.

There in big text: “MORE” — but where is the “LESS” button, I wonder. And with one careless mistake, my virtual chef scrapes the black gunk out of the pot and into the trash. I screwed up my last batch of bagels, I’m broke, and I’m starving; and all I really want right now is for Cart Life to resemble a videogame, one that caters to a player’s familiarity with there always being ways to undo mistakes or take alternative actions. Stubborn in its focus, Cart Life never loses sight of its goal of simulating the life of a menial job. It’s a remarkable learning experience until it makes for a practical joke on the player.

Creator Richard Hofmeier calls it “a retail simulation.” I call it Sims purgatory, a place where those virtual pants-peeing munchkins are subjected to child custody, cramped fingers, rush hour traffic, and social isolation. At first, it felt like a parody of life’s cruel realities. And why wouldn’t it for me: White suburban 20-something who hasn’t worked retail a day in his life.

Whether I started a game as bagel vendor Vinny, single parent Melanie, or Ukrainian immigrant Andrus, the story always became the same: I’m tired, bored, frustrated, broke, and with each day the reality of not making payments, not getting permits, and not making court dates becomes more grim. Worst of all, there are no plans for suicide DLC; like I said, Sims purgatory.

When I first heard of Cart Life, it made me laugh at its concept which sounds like a game that would appear in a Simpsons episode or SNL skit in the ’90s. “Whoa, a game where you can hold a menial job, fight for your child’s custody, and grind coffee beans for two straight hours? EXTREME!” Cart Life doesn’t beg for self-parody because it never panders to the player. By occupying the game’s world, it becomes apparent who the character is and what the character must do to survive. The rules of the game are learned by living in its world, leading to many sad tales of cart vendors who bought the wrong ingredients, mothers that lost custody of their child, and immigrants so overworked that they forgot to feed their cat for days. Cart Life suggests these things happen in life more than we care to acknowledge. 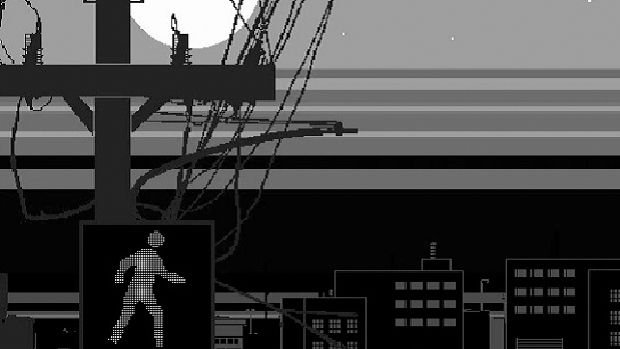 The world of Cart Life is strewn across neighborhood hubs on a city map. Each area has its own characteristics and denizens; distinguishing one from another is essential to financial success. Paying twice the amount for milk in the trendy, scenester grocer or trying to operate a high-end cart in the ghetto will not lead to retail victory. As it is with life, time is the greatest enemy in Cart Life. Each second represents a game minute and the clock never stops, so operating the cart as long and as early as possible is crucial. Each occupation has its own mini-game to represent the process of service: the bagel vendor summons a text box to retype a random phrase; the coffee vendor requires the player to perform finger gymnastics with the arrow keys; and the newspaper vendor, as do the others, must apply quick math to receive a great tip. Tip your hot dog vendor, people!

After a couple in-game days, which are always succeeded by character-specific nightmares, my fingers were cramped and I was mentally exhausted by the monotony, fruitless results, and lifeless environment — a world that doesn’t acknowledge player and that the player can only communicate with through service. Even family and neighbors hang around like ghosts, repeating the same sentences, never sleeping. Through dialog and design, Hofmeier has created a virtual pit of misery that informs the player on the reality of poverty in America. This is what it feels like.

When the same snot-nosed punk asks you for the fifteenth time if you really sell bagels for 40-cents (even though the sign says exactly that), I began to wonder if Hofmeier’s depiction of retail is an insensitive exaggeration or a parody. Even miserable work often leads to friendship and connection, but there are no friends or connections to be made in Cart Life. Occasionally, a fellow vendor will stop at the cart, but then take off, like two ships passing in the night. Even in monotonous work, one can find meaning and happiness in life. Cart Life depicts the misery and monotony of retail without ever giving the slightest hint of anything else. 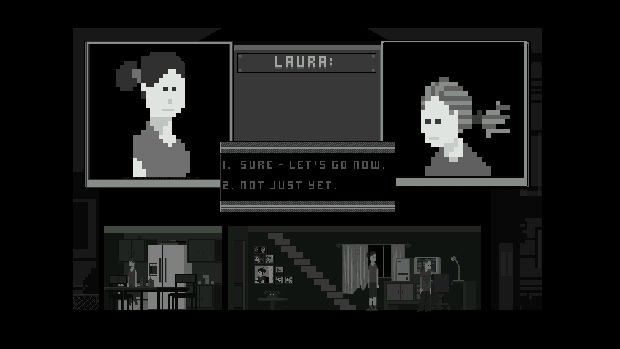 Hofmeier gives the player the freedom to trap themselves in the rat maze of low-income retail, but surrounds this with a world of distant figures for whom jobs don’t exist and success has been tamed. While in shellshock from the burn of menial work and poverty, only the character and short term problems seem to exist. The figurative and literal connections Hofmeier makes between physical input and character action are profound and immediate, creating emotions that bleed into reality and beg for contemplation.

Eventually, the worker must look past their own problems and become a part of society. In Cart Life, there is no world to connect to. After personal discoveries are made through the game’s mechanics — which are unfortunately paired with a multitude of game crashes — the player is left to repeat a virtual life of monotony and zero-sum progress. The most reasonable action is to do the thing that real life cart vendors can’t: Turn your back on the job and go do something else.

Cart Life is short love with a long term divorce. The beginning speaks to the heart and intellect, but the rest recalls pain and boredom. It’s worth experiencing, but go in knowing you may not be the right person for the job.