Once again, ’90s kind-of-but-not-quite-an-icon Bubsy the Bobcat has graced video gaming with his presence. Originally appearing in Accolade’s 1993 title Bubsy in Claws Encounters of the Furred Kind, Bubsy was one in a long line of wisecracking, committee-cool characters that came along in the wake of Sonic the Hedgehog‘s success. A totally outrageous paradigm, Bubsy, like so many of his ilk, was The Simpsons’ Poochie in all but name.

Bubsy would then occasionally show his face time and again. First reappearing the following year in Bubsy II, the dopey mascot then popped up on the ill-fated Atari Jaguar, and eventually the Sony PlayStation. Only one real thread links all of these games: They aren’t very good. Bubsy’s inability to skyrocket to stardom like Messrs Sonic and Mario eventually consigned him – and his shitty TV pilot – to the bin.

All until last year, when Black Forest Games brought the maligned bobcat back for Bubsy: The Woolies Strike Back. Was the time right for our boy to make an “ironic” comeback? No, of course not, Bubsy’s games were still terrible. Yet here we are, a new year, a new developer, and a new Bubsy. Handed off to Choice Provisions – who’re well known for their excellent Bit.Trip titles – will Bubsy: Paws on Fire be the entry that’s finally going to make the perpetual zero a hero? Let’s find out. 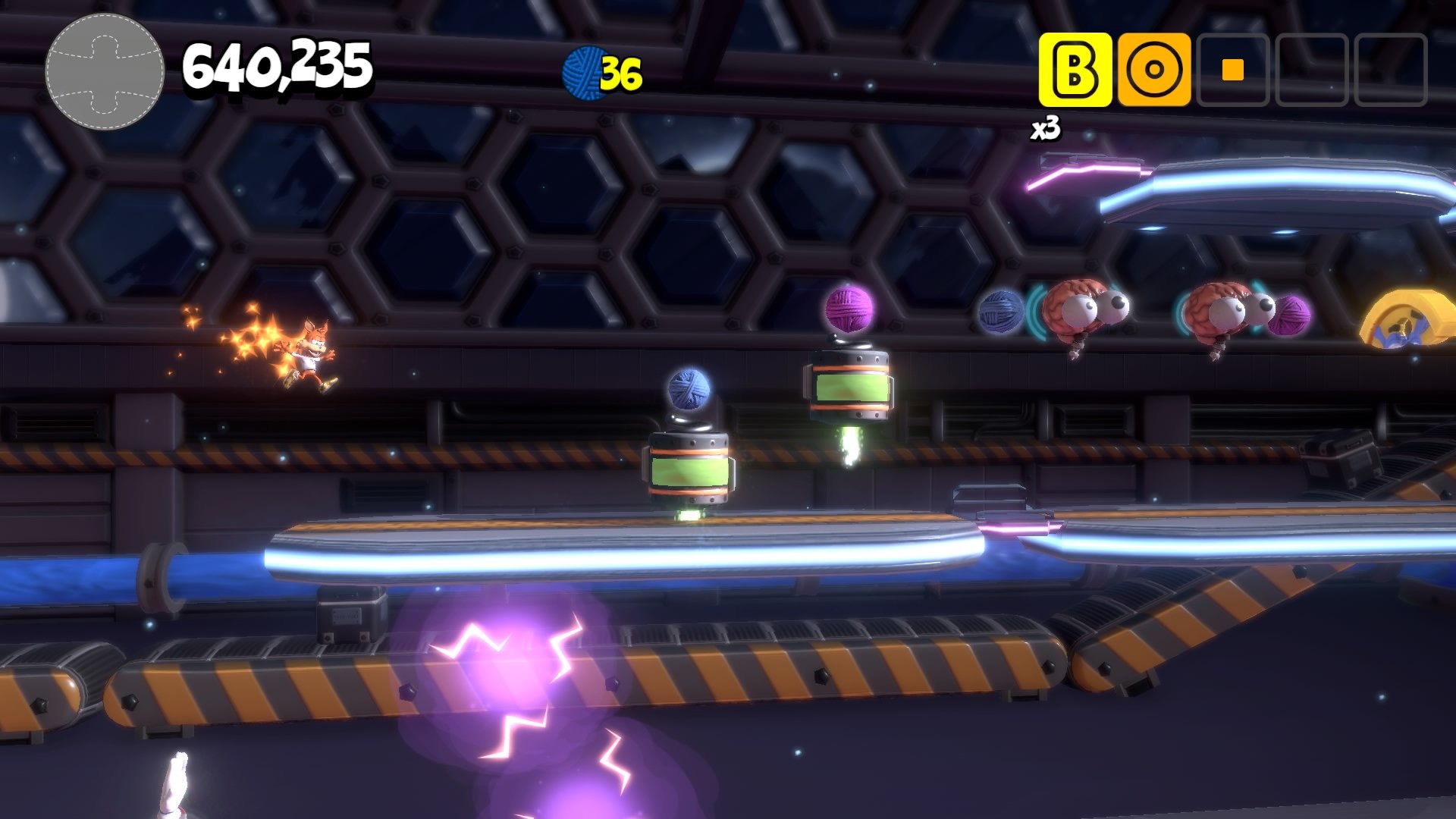 A short opening cutscene fills us in on Bubsy: Paws on Fire‘s slight story. Bubsy is at the world’s smallest dance party when he is approached by the alien Woolie and informed that his nemesis Oinker P. Hamm is up to his old shenanigans. Teaming up with Woolie – along with other friends Arnold Aardvark and Virgil Reality – Bubsy decides to jog his way across the country to face down his old foe. It’s pretty much that simple. This opening scene is all the story we get, save for the game’s ending sequence. It works.

Taking a break from the standard platforming fare associated with the Bubsy series, Bubsy: Paws on Fire is a runner title. For all intent, you can easily equate its gameplay to Choice Provisions’ Bit.Trip Runner series. The chosen character automatically legs it through a series of short stages, with the player merely controlling their jumping, gliding, sliding, and other athletic maneuvers. Bump into a wall, an enemy, or some other hazard, and it’s back to the last checkpoint. It’s simple stuff, with depth provided via the challenge of grabbing 150 collectibles littered throughout each stage. Most require a well-timed combination of all movement options available if our hero wishes to bag them all.

Players receive a medal for completing a stage with each of the three characters: Bubsy, Virgil, and Woolie. These medals are then used to unlock further stages, with tougher layouts and new hazards. Essentially, it’s a lot of rinse and repeat, and although each character has their own specific abilities (Virgil can slide, for example, while Woolie’s stages are very simple shmup affairs), it all gets very samey, very quickly. Before I’d even reached the mid-point of the second world, I had already felt lethargy kicking in, mainly due to the repetitiveness of the gameplay.

Once a player has collected all three character medals for a stage, then they can take Arnold deeper underground for an into-the-screen stage, reminiscent of the classic Sonic the Hedgehog 2 bonus level. Unfortunately, the full-throttle speed of these stages, combined with some seriously twitchy controls, make these sections a little more “lucky” than skillful.

Players can also use their gathered currency to pick up new duds for the team of furry friends at the in-game clothing store. This is a nice idea, designed to provide some variety to the character’s look but, ironically, the character models are tiny, so changing the design on Bubsy’s shirt, or putting him in a tuxedo jacket, has little impact even on a cosmetic level. 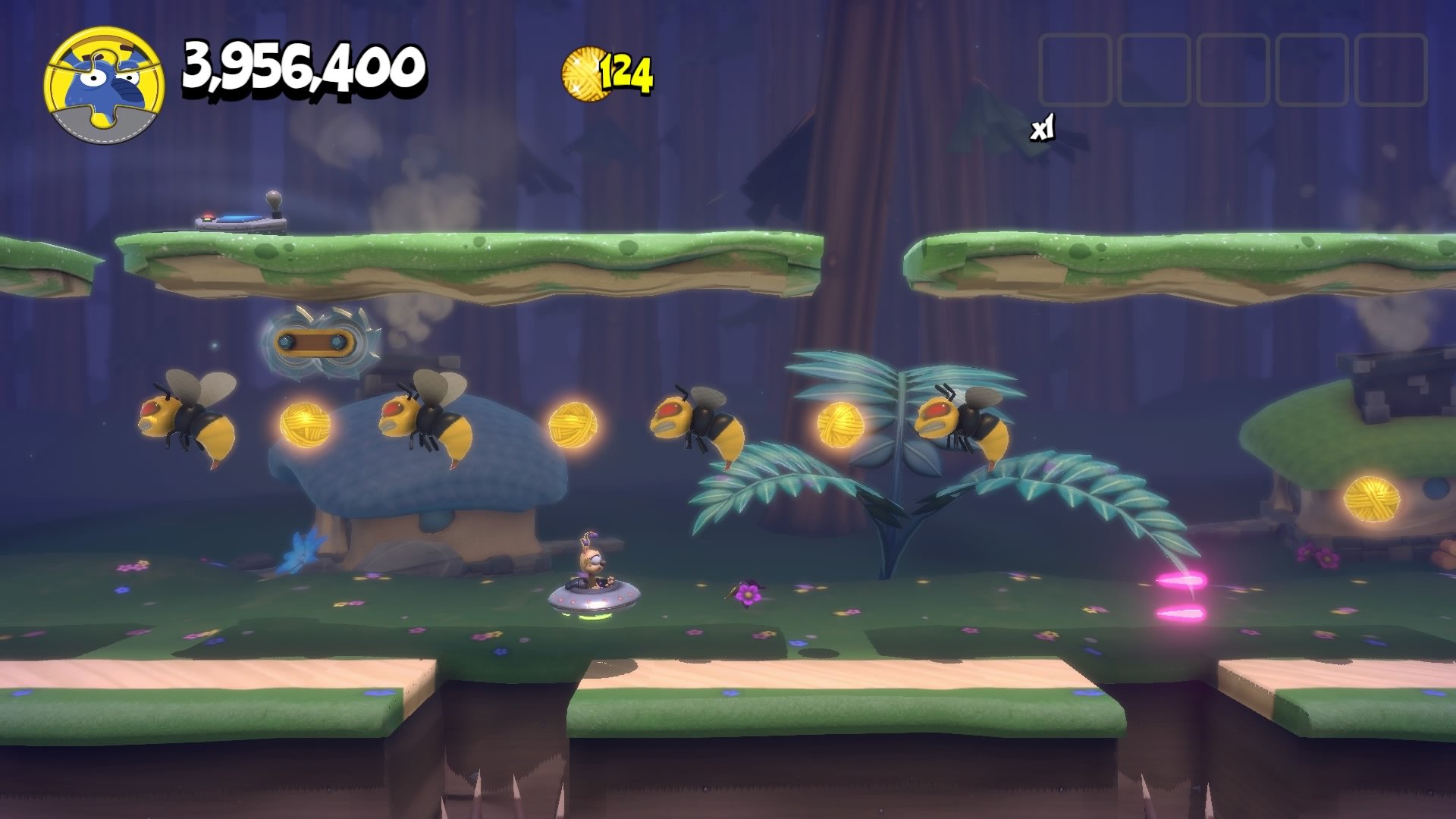 On the more positive side, Paws on Fire‘s cheerful visuals are matched by a fun and upbeat soundtrack by Stemage, well suited to the onscreen action. In fact, the progression through each stage is integrated with the beat of the score. I can’t help but feel that this factor could have really been explored further, providing a rhythm-action element that could’ve required perfect timing and concentration, and thus removing the “auto-pilot” mentality that Paws on Fire often encourages.

It’s not that Paws on Fire is a bad or broken game. It’s just, well… bland. I’m a fan of the Bit.Trip Runner titles, but they have a style, pace, and charisma that’s sorely missing here. Paws on Fire fails to grip the player. The characters, story, and world design are simplistic and empty, and as such the gameplay feels mechanical, even if it’s perfectly tolerable. Paws on Fire can feel welcoming in short bursts due to its easygoing, spritely gameplay – but it’s just not engaging. Maybe as a “wind-down” game, Bubsy: Paws on Fire can find a niche, but even then, I feel its $25 price tag is too high for what feels like a simplistic title with a limited lifespan. I’ll say this much though, it’s the best game in the Bubsy series.

Bubsy: Paws on Fire is a light arcade title that features fun visuals and great music. Played sporadically, it can provide a short dose of simplistic fun. Ultimately, however, the repetitive gameplay, bland presentation, and hollow world prevent players from immersing themselves in its optimistic spirit. The Bubsy experiment has ended. It’s time to let the bobcat go.