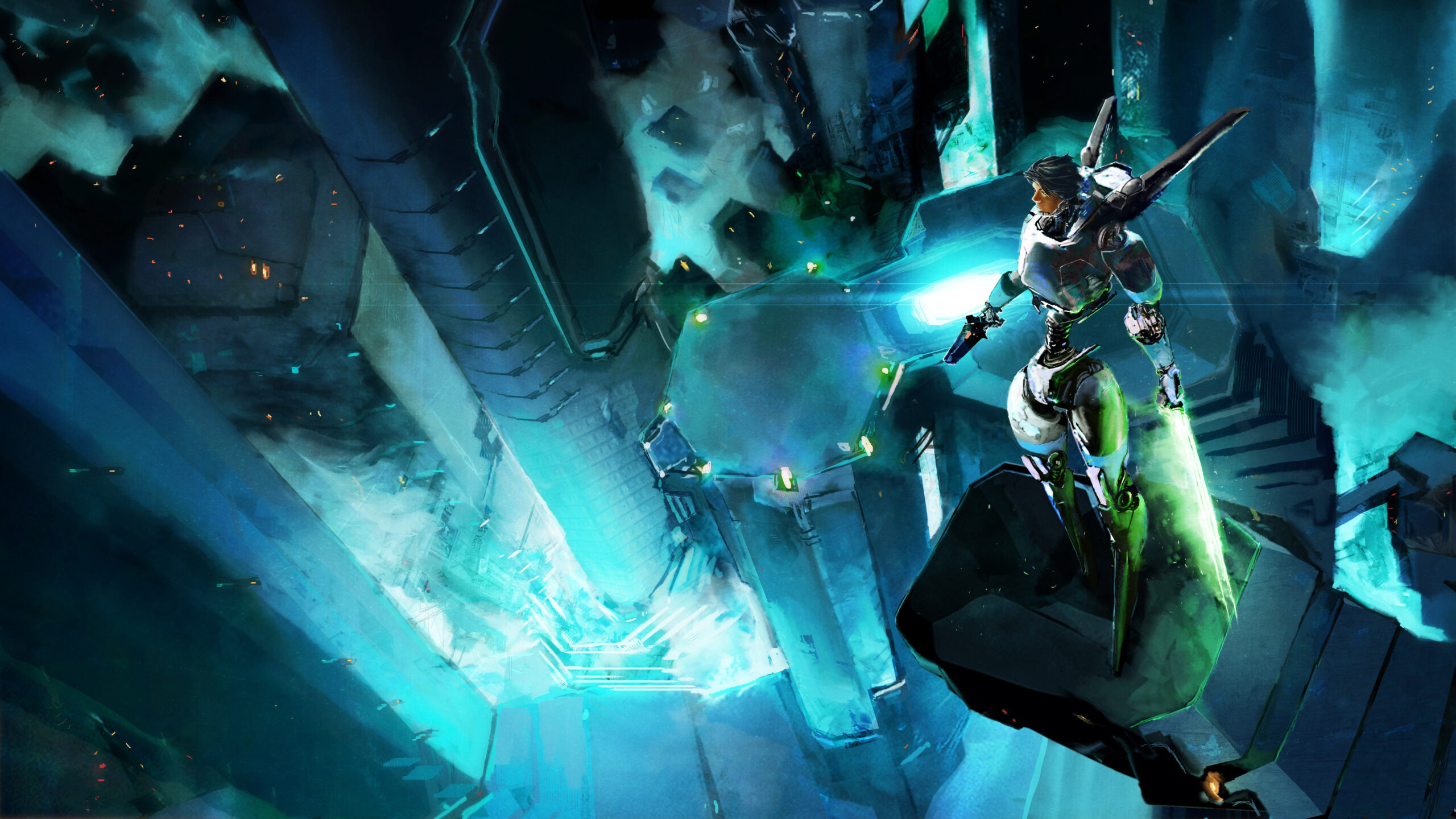 Metroid on meth, Strider on steroids

I’ve never done meth, but I’ve watched enough of the hit American show Cops to know what it looks like when someone is under its influence; frantic movements, confusion, and swatting at non-existent bees.

That is pretty much what Blood Alloy: Reborn is like, only with a bit of Strider and a whole lot of electro-synth music. 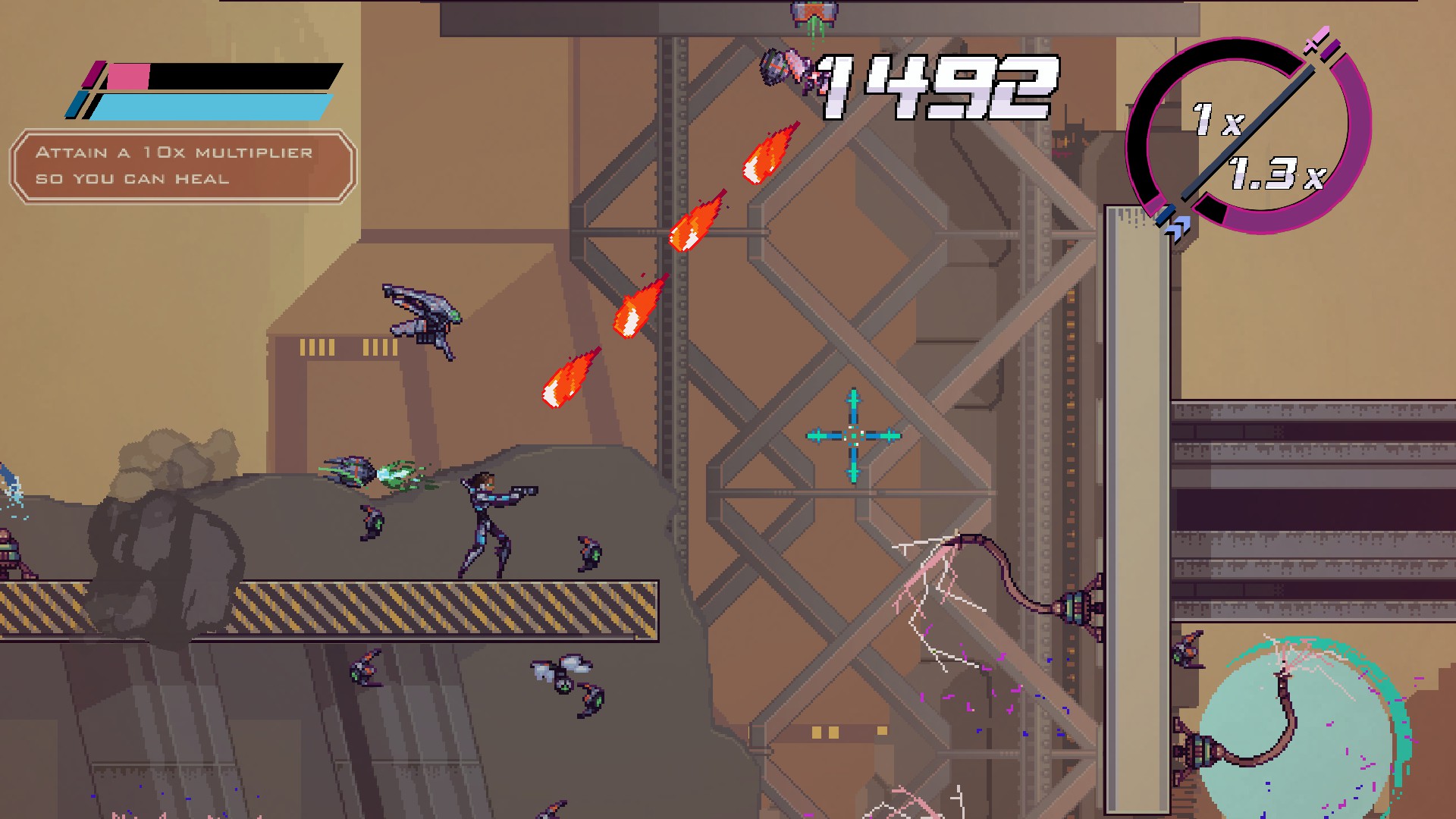 It seems like there has been a resurgence of games that pit players against endless enemies in small arenas with the goal being to see how many points they can get. Blood Alloy: Reborn is one such game.

As a cyborg named Nia Rhys, you’ll fight enemies in three different levels while going at breakneck speeds sliding across floors and ceilings, as well as up walls. While traversing levels, you’ll also be taking down enemies with a selection of three different guns, three types of secondary weapons, and a sword. The default gun can be charged to varying degrees to unleash stronger shots, but only when stationary, and Nia’s sword can be used to deal massive damage in a short period. Secondary weapons can only be fired while sliding and vary from homing rockets to a shield that can be used as a projectile.

Levels are relatively small with the first two being enclosed and the third having annoying holes that lead to your demise. Those initial two levels are a joy to play. The first is my favorite as it allows you to take full advantage of the over-the-top speeds you can achieve in every direction, while the second is all about going vertically and wall-jumping between pillars. The third level, however, is just not fun. At all. The camera system doesn’t always allow you to easily recognize where bottomless pits are at; mix that with your high-speed movement and you’ve got a bad time. Each level has the same set of enemies, meaning by the time you reach the third level, you’ve already killed each of them hundreds of times.

Aesthetically, the whole package reminds me oddly of the X-Men games for the Sega Genesis, which is certainly not a bad thing — I quite liked those games. Audio-wise, you’ve got a pretty fantastic electro-synth soundtrack that is both catchy and memorable but with one major problem: the volume isn’t normalized across tracks. What this means is sometimes you’ll start a level only to be greeted by a song that is far louder than the previous, to the point it drowns out sound effects. It was enough to make me turn my system’s volume lower than I have ever had to for any other game.

Unfortunately, the problems don’t stop there. I experienced numerous bugs in my playthrough. There were multiple times where my save file became corrupt, forcing me to start over. I contacted the developers about this and was informed they had been looking into it as multiple players had also reported the bug. Luckily, I was able to provide enough information about the issue that they were able to fix it. I guess I can add part-time volunteer QA tester to my resume now. The menu interface is clunky, not easy on the eyes, and at times wouldn’t recognize button presses. This is another case of a game releasing a bit too early, a pattern that plagues both AAA and indie titles now.

Unlocking levels and weapons means playing the same three levels over and over to rank up your character, which quickly grows tedious. Just to unlock the second level, you’re probably in for at least ten or more runs of the first level, and even more than that to unlock the third. Repetition in score-focused games where each play session is just a few minutes isn’t an issue if you have some goal to strive for, such as beating your friends on leaderboards, but currently, there is no such thing on offer.

Instead, you can top your own score while grinding to unlock levels and weapons, but I wouldn’t bother as the default weapon set ended up being my preferred configuration. The slow grind only seems to be here to make it appear like there is more gameplay on offer and to justify the $12 price tag, but playtime doesn’t equal value. 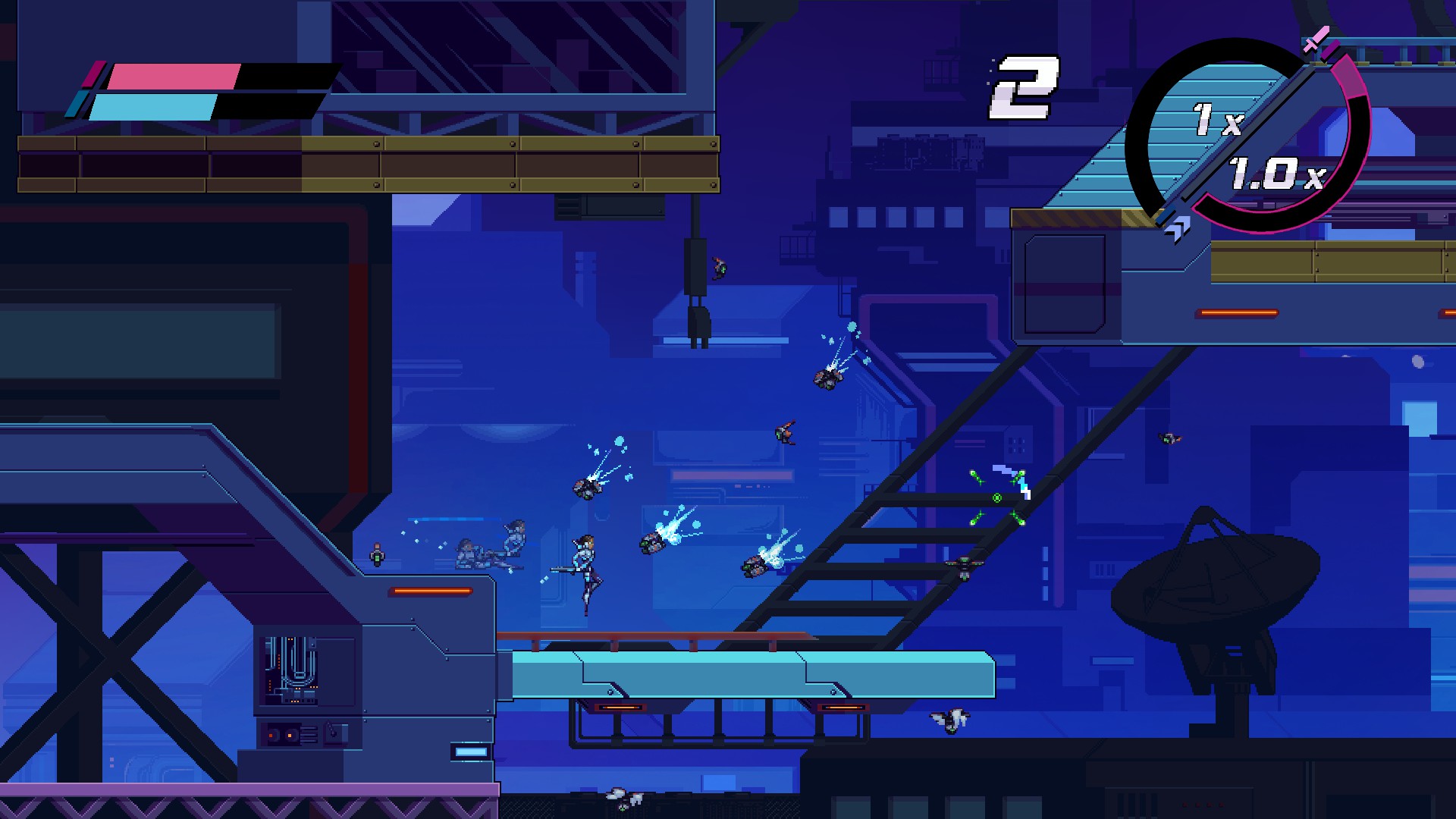 I know it may not sound like it, but I do like the core of what’s here. Speeding around levels and blasting enemies is a lot of fun. But there just isn’t enough content for this to feel like a finished product, not to mention all of the bugs I experienced. The whole game feels more like a training mode or bonus mode that would be found as part of a larger package.

Aside from bugs and grinding, my only real complaint is that there just isn’t enough, and I want more. Thankfully, the developers plan on funneling revenue from this title into a full-fledged Metroidvania game, which is really what should have been on offer here in the first place.

Currently, Bloody Alloy: Reborn feels more like an Early Access title or proof-of-concept than a finalized product, so it is hard to recommend unless you love beating your own high scores and are starving for a fast Strider-like experience.