A bleak future with a smile

Well, you’ve already guessed it. Bad things happen. Tragedies befall unsuspecting, ordinary people through increasingly powerful and pervasive technology. The line between what we can do and what we should do has been painted over with acrylic paint, and all we’re left with is a cold, fractured vision of human nature taken to its logical conclusion when our greatest desires are only a keystroke away. 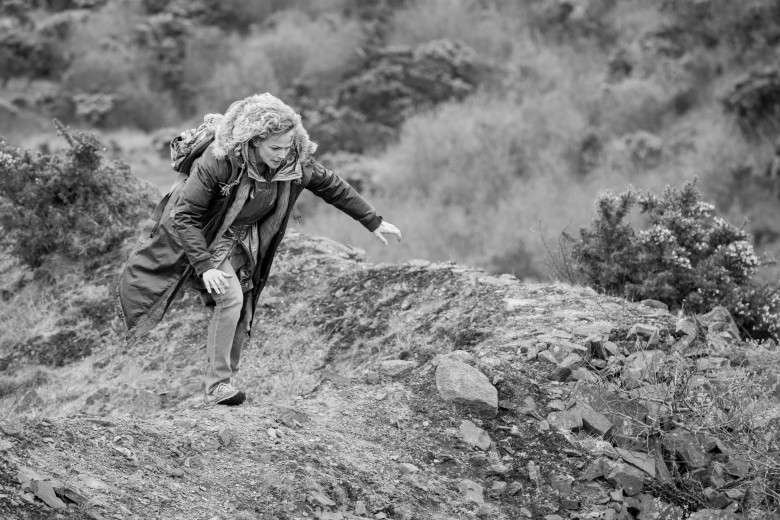 This is Black Mirror. This show has always been consumed by its nihilist vision of the not-so-distant future, showing us how intimidating, foreign and controlling our future will be if current ideologies regarding tech are infinitely perpetuated. Black Mirror has always been compelling – if a bit one-note. Yes, the future is bleak, and technology will be our downfall. We are the modern Prometheus, and we will be tormented eternally by our rash choices – and once this is hammered into the viewer, Black Mirror becomes less of a poignant vision of the future, and more of a dreary anthology showcasing a depressing future that we will inevitably reach.

However, I’m surprised to admit that this just isn’t the case with Season 4 of Black Mirror. Though the show still places a high emphasis on tech-gone-wrong scenarios in the distant future, each episode of Season 4 feels complex and layered, more for the audience to chew on than a dull vision of a desolate future.

Black Mirror is a horror/sci-fi anthology series created by Charlie Brooker in 2011. The show, as you already know, focuses on a future where advanced technology has allowed humans to indulge themselves in their most primal instincts – but often with unforeseen or even ironic consequences. Each episode tells a different story of high-tech gone wrong, but in Season 4 of Black Mirror, there’s far more subtlety and nuance to each story that allows the audience some level of interpretation to the morality of each scenario. Previous seasons were fantastic, don’t get me wrong, but Season 4 in many ways offers a more rounded take on the future, one that allows nihilism and optimism to coexist in several ways.

Episode 1, “USS Callister,” is a solid start to this new, more complex take on the future. The episode is both a love-letter to and biting criticism of Star Trek, and the fan base that it has accrued, made into a real scenario through technology. In this episode, it isn’t necessarily that technology is so bad – that’s hardly the focus. Instead, “USS Callister” zeroes in on themes of fandom, unexpressed frustrations, venting, and even escapism, and explores it with the aid of technology.

Technology itself takes a backseat and allows a cruel, vindictive, and human story to unfold between several unwilling crew members of the titular USS Callister. Now, before this point, Black Mirror had aired only one episode that could be considered “happy,” that being Season 3’s “San Junipero,” for which the series won an Emmy. Having the opening episode be both heartbreaking, terrifying, and yet, still have a happy ending is a fantastic way to start the season.

What’s more, this trend continues across the entire season. Granted, there are episodes that seem particularly bleak in good ‘ol Black Mirror fashion, but much of the season doesn’t seem quite content to just keep banging the “the future is depressing” drum. Much like “USS Callister,” Episode 4, “Hang the DJ,” is a full of terribly depressing and heartbreaking moments, but isn’t afraid to make us actually like the characters on screen, and laugh at the jokes they (sometimes) tell.

Essentially, “Hang the DJ” is all about a future where dating seems to be the structure of society. A computer program pairs individuals repeatedly to find an ultimate match for every individual. It’s a human and sad story where technology plays the active antagonist for our characters, rather than a tool that allows our protagonists to do heinous things. There’s a twist that re-contextualizes the entire episode, which I’m sure that the average viewer will love, and the more astute viewers will absolutely despise. Still, I can see this becoming a fan-favorite episode quite easily.

There are shades of complexity in many episodes here, much of it stemming from the new propensity towards optimism, but Black Mirror still remains firmly a dark show. Episodes 2 and 3, “Arkangel” and “Crocodile” respectively, return to the cruel vision that this show is so well known for – and in very similar fashion. Each episode explores the lengths that someone will go to protect someone they love, but the circumstances for each story are vastly different. When does it stop being okay to spy on your child, trading their autonomy for safety? What lengths will someone go to protect themselves, and how long can they hide their guilt? These two are particularly black, but they also pose interesting questions to the audience that aren’t as black and white as in seasons prior. Is the mother in “Crocodile” a victim of technology’s all-seeing eye, or is she liable for the things she does? Does the mother in “Arkangel” know that she is robbing her child of a normal life? At what point is a line crossed? These are all interesting questions that invite discussion, rather than just allowing the audience to revel in the unique method of humanity’s downfall via technology.

There are some weaknesses here and there. Episode 5, “Metalhead,” is a fun episode that takes place in a future with robotic death dogs that hunt down humans. It’s thrilling, intense, and has very little to say about technology itself. Maybe that’s exactly what it was going for, but regardless, it still felt out of place – even with the changes dished out in this new season. And, as much as I love “Crocodile” for its themes, the outcome is clear to see within the first ten minutes. After that point, you’re just watching to see in what specific way our main character will run into the law. It’s a fun ride, and on the whole this is a fun experience, but not one that invites too much critical thinking.

Season 4 of Black Mirror was much better than I was expecting it to be. I had grown fond of this show over the years, but figured that much like The Twilight Zone, Black Mirror would relegate itself to inventive monster-of-the-week fare until people stopped watching. I was wrong. Season 4 shows that Black Mirror can delve into shades of grey, without losing the edge or the horrific scenarios that make this show so great. It’s a fantastic season that showcases some of the best this series has to offer, and leaves the audience interested to see what direction the show will go from here.

Filed under... #Film or TV#Flixist#Horror#Netflix#Sci-fi#Trailers