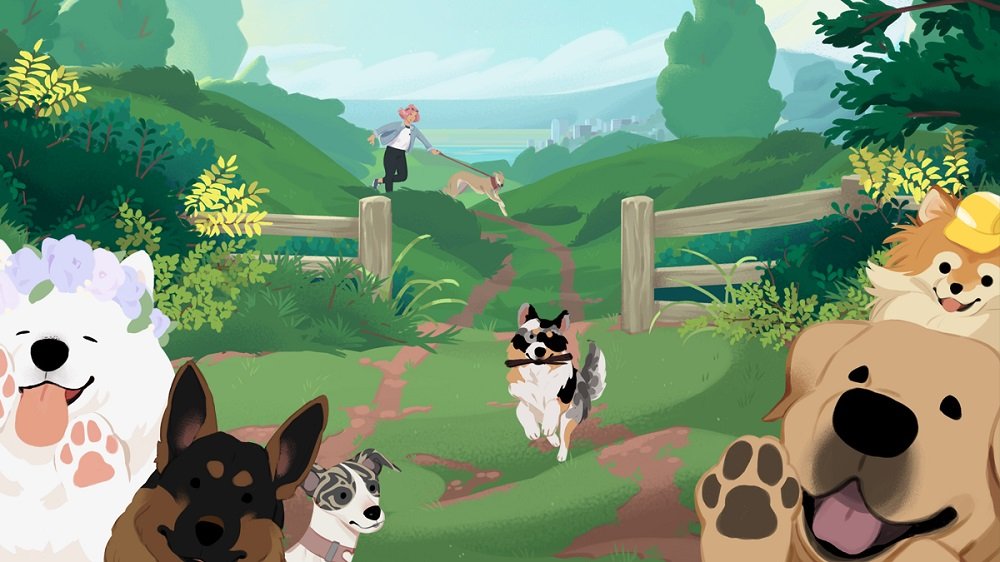 For the last couple of months, dating sims have been my jam. It was only a matter of time before I stepped up to the plate for Destructoid and gave one a proper scrutinizing. Best Friend Forever is the game being pitched in my direction, and it’s one with an interesting twist. It bills itself as part dating sim and part virtual pet. Not only are you attempting to woo the single of your choice, but you also get a dog to take care of and train.

However, for the purpose of dating sims, I find the single score system of Destructoid’s reviews to be inadequate. Instead, I’m putting into place a more robust system specifically to critique this most sacred of sub-genres. The game will be rated under five categories important to a successful dating sim, summarized — but not aggregated — by the overall score. They are Prospects, Enjoyability, Novelty, Intensity, and Sexiness. I christen this ingenious new method: the P.E.N.I.S. rating system.

So, let’s see how Best Friend Forever measures up.

I hope you’re ready for layers, and I’m not referring to deep personalities. I mean these people all dress like the town is encased entirely within a temperature-controlled shopping mall. It’s impossible to tell what season it is because there are parkas and scarfs right next to tank tops and shorts.

There’s a nice spectrum of people, though. Best Friend Forever is inclusive with a capital I, so if you’re someone who has a distaste for referring to an individual with the plural third-person, then you’ll be out of place in Rainbow Bay.

For your sampling, you’ll find Anders, a well-dressed lawyer with poor vision; Sacha, a sunny mannered trans man; Felix, a shy librarian who wears underarm holsters due to his love of true crime; Robin, a fiery red-headed nurse; Astrid, an aspiring figure skater; and Maribel, a socially conscientious urban planner. If you’re familiar with dating sims, you can probably guess they all have some dark blotch in their past that threatens to get in the way of your relationship.

It’s a reasonable selection, and every one of them is rampantly pansexual, but much to my chagrin, there are no demons, vampires, or werewolves to love on. I guess not every game can cater to my preferences.

Any flavor of visual novel is going to live and die on its writing, and I’m happy to report that in the case of Best Friend Forever, it’s pretty on point. The dialogue is bright and thoroughly entertaining. Dramatic scenes don’t drag on for too long, it’s absolutely loaded with puns, and it’s frequently funny. It gives off a warm vibe overall.

There’s also the constant presence of your dog to keep things interesting. There are four to choose from: a Staffordshire, a Maltese, a Shiba Inu, and a mutt. During all dialogue, your little pupper pal stays in the corner, often farting and pooping during emotional moments. It’s your job to keep them under control, even if that means accidentally advancing the text while trying to stop them from digging a hole.

On that note, one thing that did hamper my enjoyment is that, even on the Switch version, all interaction is done using a cursor. You can adjust the speed of it, but I cranked that slider to the moon and still felt it was too slow and cumbersome. I can understand why it was left this way, but it is less than ideal.

The only way for a dating sim to stand out these days are if it has some sort of twist. We are long past the days of Tokimeki Memorial, where you could drop the player back into high school, have them romance classmates, and call it a day. Now the school has to be some sort of niche academy for magicians or robots, and the classmates have to follow suit.

Best Friend Forever puts you in dog school. In the beginning, you’re given 15 weeks to turn your dog into the best boy, and you’re graded at the end. That’s an interesting twist since instead of bettering yourself to meet the unreasonable standards of your target conquest, you put all your effort into making your best friend suck less.

The system for doing so will be familiar to anyone experienced in dating sims. The game is divided into 15 weeks and each week allows you to choose five activities with your dog that will allow you to increase their stats in five categories: manners, social, trust, smarts, and fitness. Every five weeks you check in with Paws Academy and learn about how badly you did. At the end of the fifteen weeks is graduation where you have a chance for your dog to win valedictorian.

On top of this is also your dog’s needs. There are five categories here as well: satiation, hydration, mood, hygiene, and energy. Keeping them full is so laughably easy to do so, that there’s almost no point. You’re given three actions to perform whatever tasks will make your dog happy, but I usually only needed one or two to max out their needs, then I just wasted the third.

All things considered, the game’s hook sort of falls flat.

I wouldn’t really go looking for any sort of danger in a wholesome game about dog upkeep, so I’m not surprised I didn’t find any. Unless one of the romances that I didn’t experience all the way through ends in a shootout, there’s not much excitement to be had. Even the dark secrets hidden by each romantic prospect aren’t that dark.

There’s a crime that happens at the turning point, but that’s about it.

There’s also a weird lack of CG scenes in the game. I chalk this up to the fact that you choose between three different androgynous-ish avatars, a choice that is rare in the sub-genre, but I’ve played other dating sims that let you customize your character and they still threw in some on-screen smooches. The descriptions of all the various games of tonsil hockey you’re likely to play do tend to be pretty vivid, but there really is no substitute for an image of your avatar with a tongue down their throat.

Now we get to the question I know you’ve been asking since the start: “What are my chances of seeing a naked boob in this game?” Well, if you weren’t able to already guess by the game’s cheerful art style, chances are low. There are cheerful boobs out there, but this isn’t a dating sim like True Love, a game in which you can bear witness to the emergence of many boobs. No, not a boob to be seen here.

On the other hand, the game isn’t so coy as to avoid the subject of sex. These people are adults and they act like it, constantly dropping innuendo and purposefully mistaking others’ intentions. However, the game is sure to fade to black during foreplay. If you’re not familiar with dating sims, this means you’ll get lavish details about passionate kissing and unclothing, but it stops before the exposition has to describe the firmness of a butt.

Things are looking a bit lop-sided on the P.E.N.I.S. rating system, but an unimpressive P.E.N.I.S. can be forgotten if the experience manages to be something special. Unfortunately, My Best Friend is certainly imaginative, but the execution is off.

I’d be amiss if I didn’t mention the frequent glitches I encountered in the game. They ranged from dialogue options disappearing to characters duplicating to this one hilarious time when the class valedictorian was awarded to “NOT FOUND [ruffroyale dog 0].” It wasn’t always so funny, however. The missing choice boxes meant I had to repeat days to get them to show up again, and the email system, which I’m pretty sure is supposed to provide some narrative substance, never ever worked at all. My review copy was obtained a week before launch on Switch, so it may, hopefully, be patched up in time, but that can’t be guaranteed.

On my first, and most canonical playthrough, I aimed my sights at Anders, as there was a lot about him that reminded me of my husband. I named my dog after my real-life dog, and I had a reasonably good time. I was far from making valedictorian, but I enjoyed the game’s script and thought it was a light-hearted and breezy dating sim.

Then I played it a second time with another romantic sub-plot, and did even worse with my dog, despite my best efforts. Then I played it a third time and didn’t bother training my dog to see what happens when you create the worst good boy. I got reprimanded in the end, but nothing changed in the romance. I didn’t try draining the dog’s needs to see if it dies or gets taken away, though. I’m not a monster.

It hit me how superficial a lot of the mechanics in Best Friend Forever are. I had thought that, similar to a typical dating sim, you’d have to train specific stats to score points with your lover, but it’s more segregated and mechanical than that. The dog lends a layer of brightness to the game, so it’s not entirely wasted, but from a gameplay standpoint, it’s pointless. From a purely visual novel standpoint, the game is entertaining and well-written, but it fails to make use of the one thing that makes it unique. It has the love it needs, but it will need more training before it can truly be called a “good boy.”