So far, the Batman Arkham Origins Season Pass has been a steaming pile of poop. Buyers have received some extremely underwhelming skin packs, and a piss-poor series of challenge maps for their cash, with the promise of another “story” addition down the line.

When I heard that said story DLC would feature Mr. Freeze however, I couldn’t help but at least get marginally excited. As one of my favorite villains in all of Batman lore, it would be really hard to screw up a narrative involving the iconic frozen doctor. 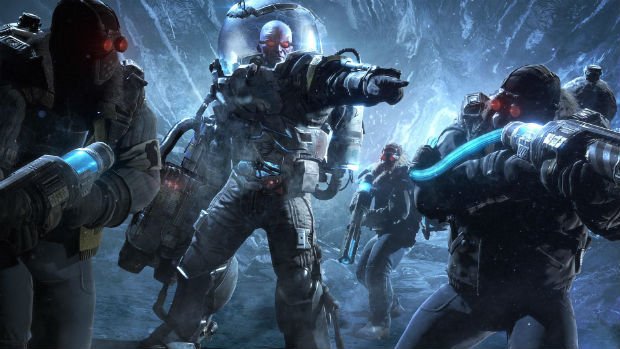 Batman: Arkham Origins: Cold, Cold Heart takes place just a few days after the main story, proving once again that even Batman never sleeps. It doesn’t waste much time getting into the thick of things, as the DLC kicks off at Wayne Manor. Ferris Boyle, CEO of GothCorp, is just about to accept a humanitarian award on New Year’s Eve when “bam!” Mr. Freeze and some thugs bust in. Thugs break up the party almost immediately, and out from the icy backdrop comes Mr. Freeze.

Fans of Batman: The Animated Series will feel right at home, as Freeze’s voice and the story’s premise is derived directly from the show. Freeze once again sports an imposing, unique voice, and since this is Batman’s first encounter with him, you get that air of mystery if you don’t know what his backstory entails. You even get to learn his origin story through a particularly cool crime reconstruction scene.

The DLC moves fast, and even though you’ll start off knocking a few thugs around as Bruce Wayne, it doesn’t take long until you’re in the all-powerful batsuit. You’ll also meet a few familiar faces like Vicki Vale and Penguin, so this isn’t just a “Batman vs. Freeze” joint, and the narrative was entertaining enough to keep me interested throughout. I also enjoyed getting to see a bit more of the Wayne Manor, including the wine cellar and a hidden passageway that leads to the batcave.

To be clear, Cold, Cold Heart is a completely separate option from the main menu (so you won’t get all your upgrades and level-ups), but Batman still keeps all of the equipment he earned before, under the presumption that you completed the core game. He still has his wonderful toys, up to and including the shock fists. To combat the cold, Bats has another trick up his sleeve — the EX Suit — a batsuit completely unique to the DLC. It’s a bit ridiculous looking as it’s rather bulky, and it’s functionality the same as the normal suit, subbing out shock gloves for thermal gloves, and a sonic batarang for a thermal batarang that can melt ice.

Still, it’s a noble effort to differentiate Cold Heart from the rest of the package, even if Batman doesn’t get said EX suit until roughly halfway through the add-on.  As usual, while you’re unwinding the tale of Freeze and his motivations, you’ll engage in a series of predator and combat arenas, which don’t really show off any new mechanics outside of some cronies that now pack freeze-ready cryo-guns.

Your adventures will quickly take you out of Wayne Manor and into the massive skyscraper of GothCorp itself, as well as one of Penguin’s hideouts. The locations are well presented and fun to romp through, even if they aren’t the most strikingly original locales. You’ll also get a chance to do battle with Freeze himself in a two-phase fight — one that involves a lot of cronies and a cat-and-mouse game — and another that mirrors your encounter with him in Arkham City. 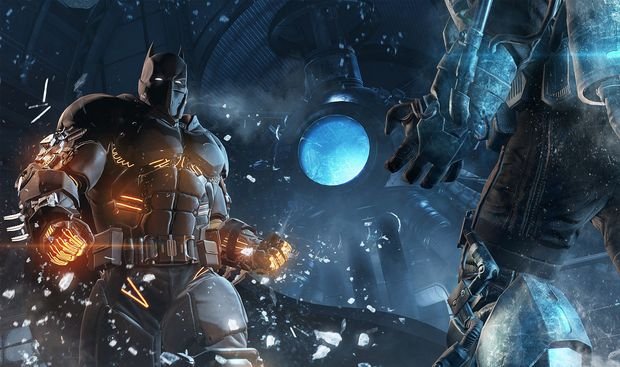 What I like most about Cold, Cold Heart though is the attention to detail. The icy theme permeates throughout the add-on, and in addition to almost everything being coated in it, there are a lot of nuances like warm breaths from characters, ice on Batman’s cap, and frozen stalactites that can be broken and used against your enemies.

The DLC as a whole is roughly three to five hours long, and has its own sidequests, most notably the ability to free 20 citizens from their icy fates with the EX suit before they freeze to death. You’ll also get to explore a portion of Arkham itself in open-world format, without getting too out of hand and offtrack.

Cold, Cold Heart feels like a legitimate addition to the Arkham Origins lore, and not just a cheap cash-in. It’s definitely a side story that’s too big to be shoved into the core game, even if it doesn’t really innovate in any meaningful way. While I wouldn’t go out of my way to buy Arkham Origins just for it, I’d implore any current owner to take a look.