This is not The Raid 3

Gareth Evans (not to be confused with the also talented Gareth Edwards) is easily one of the best action directors working. The Raid and The Raid 2 are, to put it simply, action masterpieces. His use of space, innovative filming techniques, and commitment to real-world effects let him deliver some of the most visceral and engaging action and fight sequences in modern history. He is nothing short of one of the most promising young action directors working.

Apostle is not an action movie. It’s a cultist horror/thriller with aspirations of replicating the slow-burning fear of British horror in the 70s. It turns out this is not what Gareth Evans is good at directing.

Apostle opens with Thomas Richardson (Dan Stevens) heading to a small island somewhere off the coast of the UK in a nebulous “time in the past.” He’s rescuing his sister from a cult who has kidnapped her for ransom. It’s not really clear how he’s going to do this, but he may or may not pay the ransom. Upon his arrival, we are introduced to the three founders of the island community: Prophet Malcom (Michael Sheen), Quinn (Mark Lewis Jones), and a third guy who is mostly there for exposition. The three believe they have stumbled upon some sort of island goddess, but her powers seem to be waning and so their grip on the community is as well. Something weird is definitely going on, and Thomas begins to stumble his way through finding his sister and unraveling the island’s mysteries.

Evans wrote, directed, and produced the film, and that seems like a bit too much power for him, though that’s basically what he did with The Raid films as well. The movie never gels into a cohesive whole. We’re flung confusingly into the rescue mission, but that seems to fall by the wayside, almost instantly, making it difficult to care when the rescue plot point pops back up later. The movie can’t keep still on a single focus, and much of Thomas’ efforts to save his sister just seem random. The film wants to look into the psychology of cults through its characters, but it’s not well constructed enough to deliver. A young couple that is having an illicit affair on the island is one example of this as their relationship plays a key role, but is never given the room it needs to be effective. The movie’s themes get lost in the confusing structure and storyline. 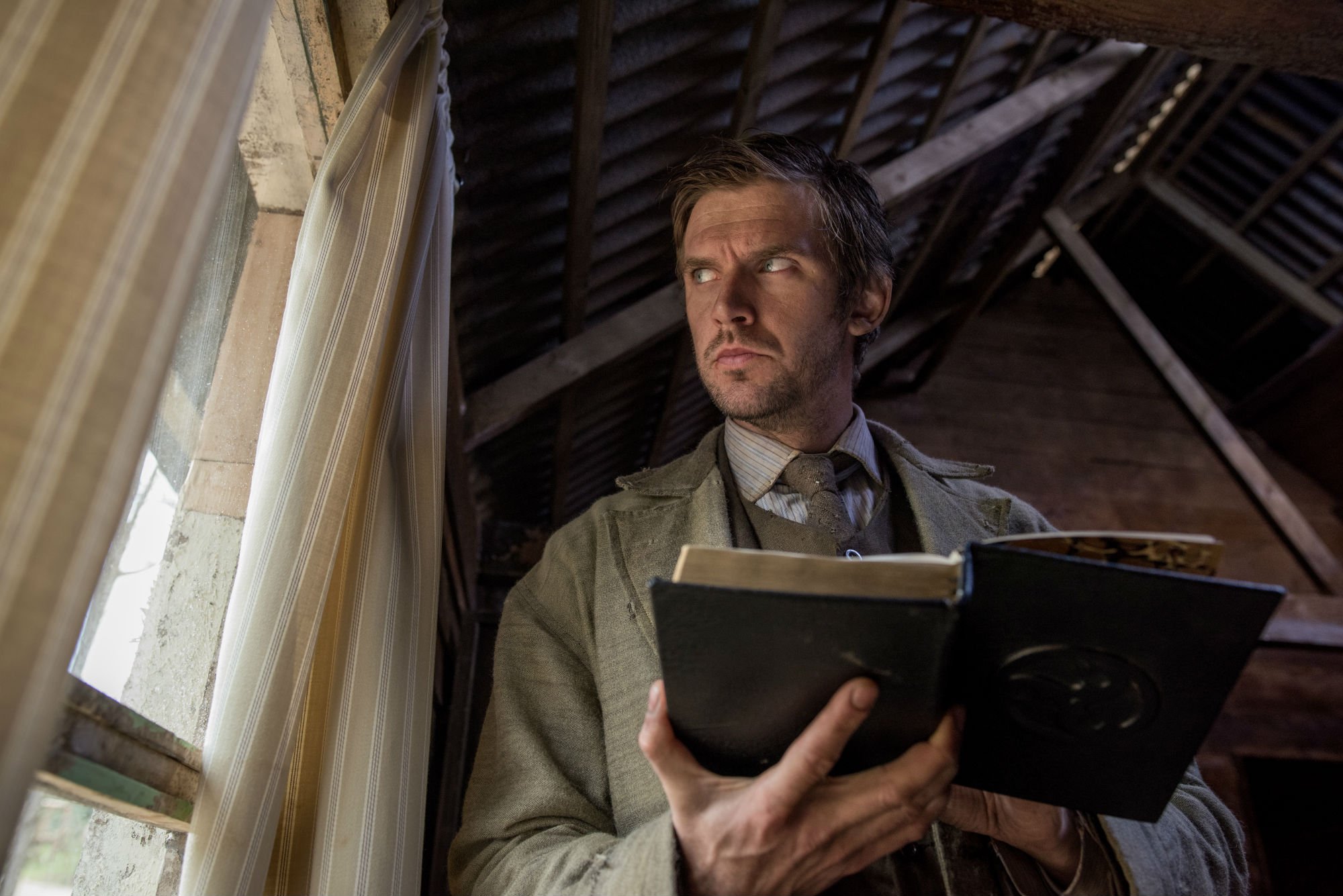 What isn’t lost is Evans sense of space and scene construction. There are some stunningly fantastic shots littered throughout this movie, and when the film is actually being horrific — a claustrophobic escape from a half-submerged tunnel for instance — the director’s innate skill ratchets up the tension wonderfully. The rest of the time, the shots often feel like they’re there simply to be pretty. At points, this leads to confusion in the editing and disrupts any sense of space on the island. The film jumps from one physical location to another with little coherence until it crashes into a gory mess of a conclusion that offers little satisfaction.

Part of the issue is that Evans is clearly attempting to create his own The Wicker Man (the original ‘not THE BEEEEEEEES’). The plot is basically exactly the same, and the occult elements lend to the same mystical horror that The Wicker Man had. The difference is that The Wicker Man‘s slow movement built into a consistent feeling of fear and tension and not simply disparate parts strung together. Where a lot of 70s British horror teased at mystical forces, Apostle comes right out and shows you magic. It creates a tonal mess of a film that can’t decide if it’s a slasher, a thriller, a mystery, or something else. Evans clearly wants the movie to be a bit of a head scratcher, but unlike the films he’s attempting to ape, his lack of focus means it’s not interesting ambiguity, but an annoying vagueness.

None of this is helped by the fact that Dan Stevens’ only emotion for the entire film is “GLOWER.” If anything happens, good or bad, he simply glowers at it. People dying? Glower. People having fun? Glower. Finding his sister? Glower. Island goddess being fed blood by a gimp in a weird beehive helmet thing? Glower. He’s supposed to be troubled by something in his past, and maybe that set his face to a permanent glower or something, but it’s never explained. There’s just nothing to him other than glowering and the occasional will to endure some serious pain. 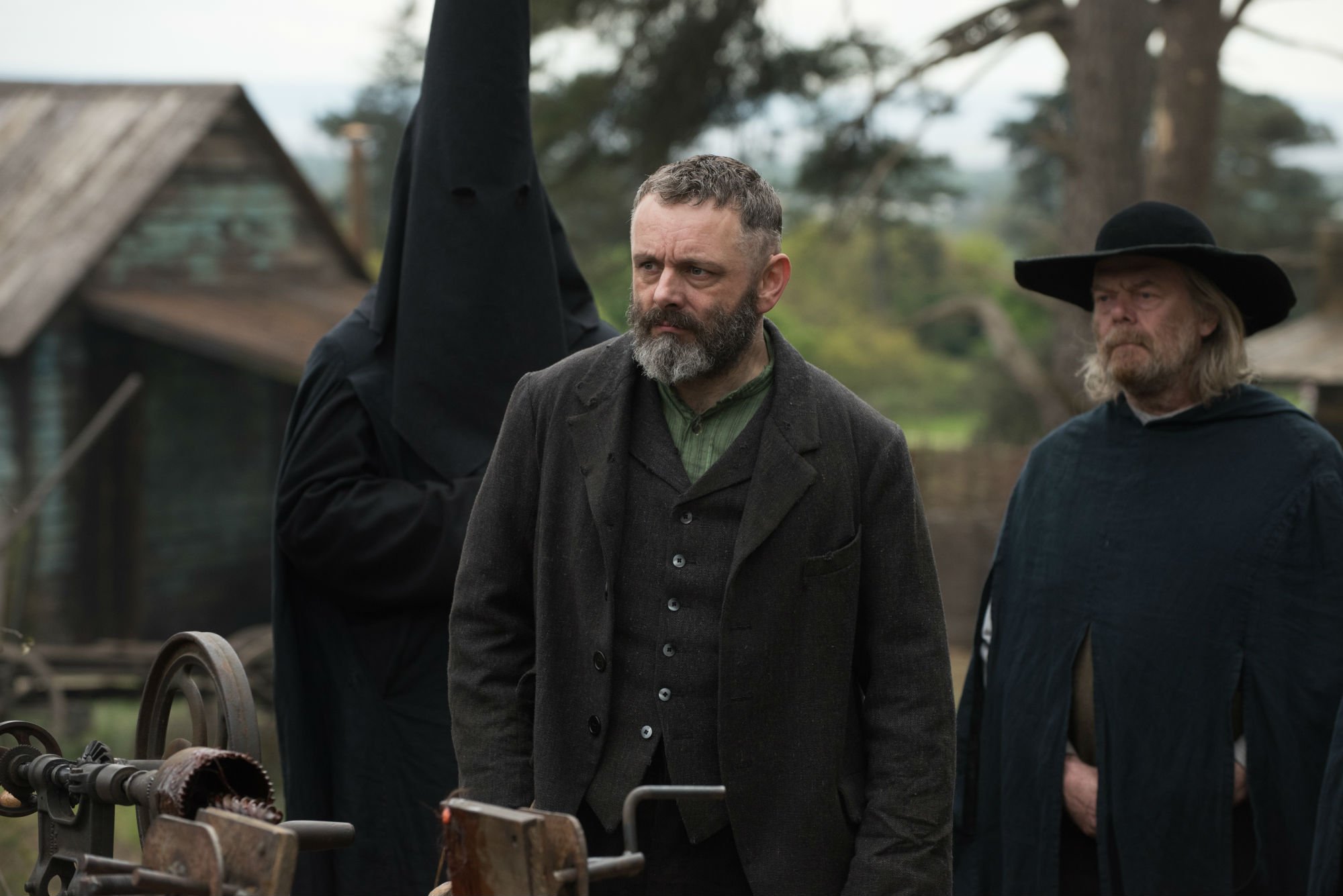 Stevens is surrounded by some seriously strong performances from Sheen and Jones. The three cult leaders disintegrating relationship as their hold on power begins slipping from their grasp is easily the most enticing aspect of the movie and delivers its most interesting parts. Sheen and Jones play off each other wonderfully, with a slight insanity to both their performances that actually pulls the last third of the film, when things start actually happening, into a semblance of an interesting movie.

That’s the thing: there are hints of an interesting movie here buried beneath the attempt at art-house horror, messy construction, and convoluted world-building. Had someone else stepped in and helped Evans guide his movie a bit we’d probably be talking about one of the most visually stunning horror films in years. Instead, we have a messy attempt at a bygone genre that is far harder to execute than Evans is able to handle. The parts that do shine still make me excited for Evans as a director, but let’s hope his next movie involves a lot more action.

Filed under... #Film or TV#Flixist#Netflix