Nova has a rough life

A lot of people don’t want StarCraft II to end. There was, after all, a 12-year gap between sequels, so bringing about a finality of sorts to the package that started with Wings of Liberty in 2010 is a scary prospect.

But it’s not over yet, as the Nova Covert Ops trilogy is still kicking, this time with Mission Pack 2.

As we rejoin Nova in her gaiden series, she’s come to the realization that she’s been used — manipulated by an organization after being awakened from hyper-sleep. She doesn’t have a whole lot of time to deal with that though, as the Zerg are mounting a massive assault, and it’s up to Nova and her crew to stop them. The Protoss even make a guest appearance!

I could elaborate but there isn’t that much more to say. It’s really just an excuse for Nova, one of the most fun heroes in StarCraft II (with her swordplay and cloaking intact), to kick some ass, and I’m mostly okay with that. Of course there’s still plenty of micromanaging Terran vehicles and units, and there’s strategy involved in figuring out how they counter other Zerg and Protoss archetypes, but it’s on a smaller scale with smaller maps. Even if you find the campaign proper overwhelming, you should be able to manage here. That said, higher difficulties can be some of the most challenging tests in StarCraft II, especially when you find yourself sandwiched between factions dealing with multiple kinds of tech.

Nova’s loadout options have more of a point now in Mission Pack 2 given that they carry over from the first episode. We barely had enough time to acquaint ourselves with stuff like the jumpjet pack and the beam sword previously, but now that a great deal of your arsenal is available immediately, it makes the prospect of choosing a style all the more interesting.

For instance, turning her into a melee-centric character with a dash fundamentally changes up how each mission plays out, and provides one of the more active playstyles I’ve seen in some time from a Blizzard RTS. The same goes for unit upgrades, like allowing Siege Tanks to be built without a Tech-Lab building attachment. Blizzard pretty much has a handle on the customization aspects that allow for a deeper strategic experience from moment to moment.

I’m still not particularly impressed with Covert Ops‘ storytelling ability, but Mission Pack 2 contains concise objectives, maintains a strong sense of pacing throughout, and sports an impressive voice cast. At this point I feel like I can recommend the bundle to those of you who powered through StarCraft II‘s campaign and were left wanting more. 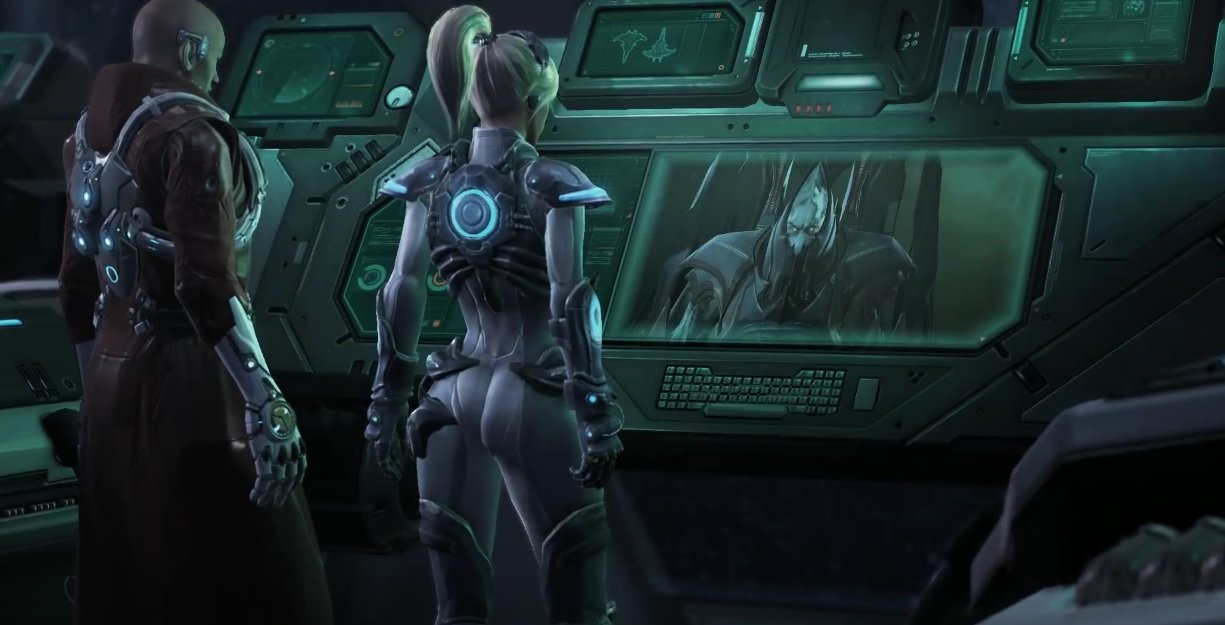 The third pack offers basically more of the same, which is making me a little testy in some ways, and feels gratifying in others. Again, Starcraft II is such a great base that it would be really hard to screw this up. With all of the amazing out of the box arcade experiences that are coming out and pushing the engine, it’s no secret that Blizzard could come up with a few mechanic-bending things of their own.

Things end a little too neatly wrapped. While I’m glad that there isn’t some major cliffhanger that cheaply leads into Starcraft III (whenever that might be), everything concludes too nicely for the otherwise grimdark Starcraft universe (doubly so if you count a spoilery assassination that happens near the conclusion). Hell, there’s even a “two people share a smile to cheesy sci-fi music” trope shoved in for good measure. Barring a nice little note from the development team, it was disappointing, especially given how much this campaign was hyped as a continuation.

In that sense, it’s a step below the others, but the missions are still on point. Playing as Nova and a group of Terrans (my favorite Starcraft race) is fun, given the vast array of tactics at their employ, and the constantly shifting objectives keep things flowing (Dark Skies, the second of the lot, was my favorite). For $15, I’d recommend it even if you’re just powering through them, but you’ll get even more play if you’re the type of person who is constantly going back to Legacy of the Void, trying to master each mission on Brutal.