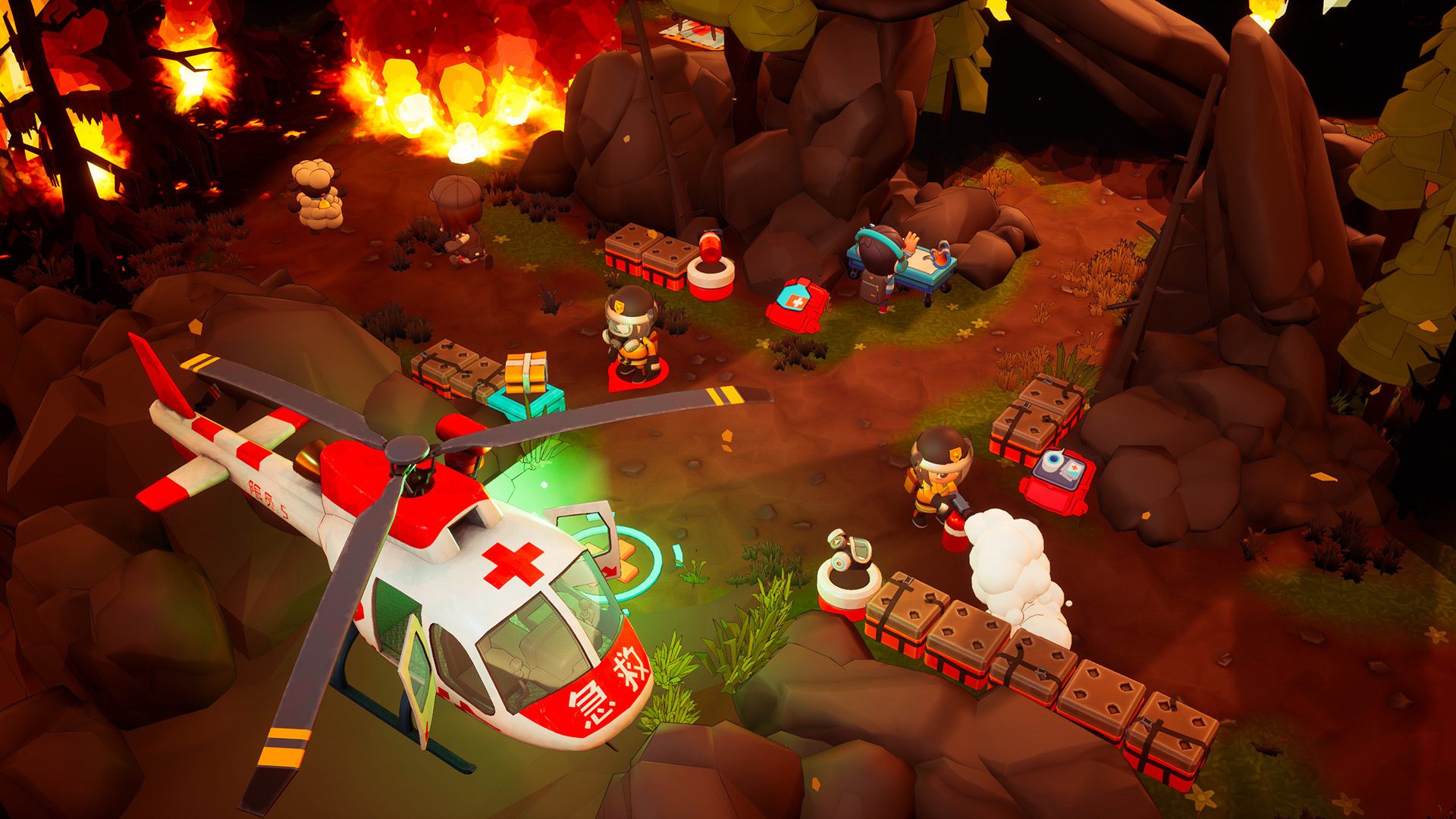 Coming to Steam this fall from 505 Games

There’s another branch sprouting on the Overcooked, Tools Up, and Moving Out family tree named Rescue Party: Live, and I know that you know that I have to cover it. This particular style of pick-up-and-play co-op romp speaks to me, and I’m always hunting for more.

Coming to Steam this year from Tag Studio (with a publishing assist from 505 Games), Rescue Party: Live is a local/online co-op game about rescuing people from disasters.

Without the innate context you get from slowly trying things out for yourself in the game proper and acclimating to the chaos, this trailer moves pretty fast. I struggled to latch onto exactly what it was showing, even if I instantly got the gist of putting out fires, carrying folks to safety, and — hold up. Did they just throw their partner to the literal wolves?

So it’s gonna be like that, is it? The gloves are off.

One of the main elements in Rescue Party: Live seems to be administering first aid (and combining items, in general), which is an interesting idea for a hijinks-filled co-op party game. We’ve had plenty of cooking titles — too many, you might say — so a conceptual changeup is appreciated and arguably necessary to stand out. Also, goofy electric eels. That’ll do wonders too. All told, there are six zones, including a city, seaside, and mountain.

I’m not getting a super polished vibe from the footage so far, though it could be improved before launch, and it’s not entirely a dealbreaker. I’ve found that even the rougher post-Overcooked co-op games can be fun with the right people. Worth adding: you can mix and match local and online players, so it’s not all or nothing. There’s a solo option, too.

Rescue Party: Live is coming to Steam this fall. No Nintendo Switch nod yet, but this is 505.