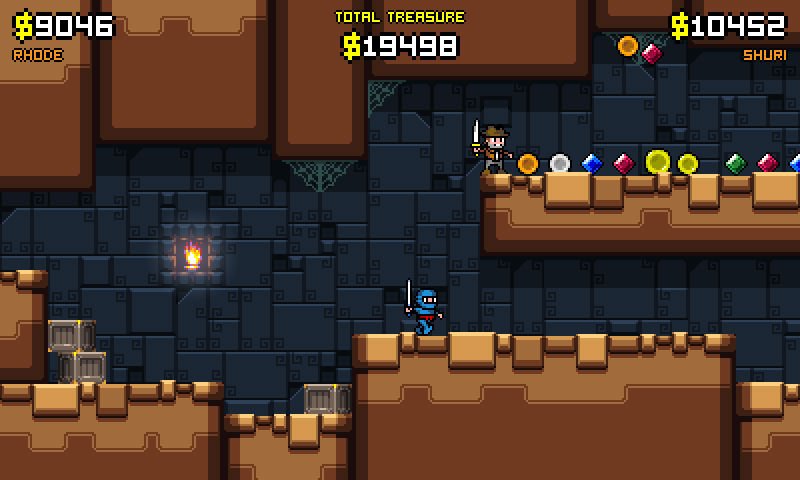 It’s hard to believe that Treasurenauts was announced all the way back in 2013, but here we are over two years later, and still no game. That’s because Renegade Kid was sidetracked by a few other projects, but now, they seem to be wrapping up, allowing the team to get back to business.

Mutant Mudds Super Challenge and the Dementium 3DS remake have wrapped, so Treasurenauts is coming back to the forefront of development, as well as a mobile game that will not be appearing on any Nintendo platforms. For an indie outfit Renegade Kid seems to be keeping busy!